Twas the Night before Christmas 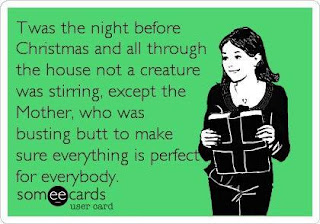 This has been a busy year in terms of home making. We have been doing crafts, decoration, cooking and baking. And what time is the time of all times to do more of it? Right, the holidays.

We had an Advent Countdown, we had an Elf on she Shelf called Cookie, we actually baked cookies, we practiced ice skating. 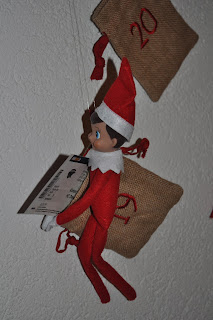 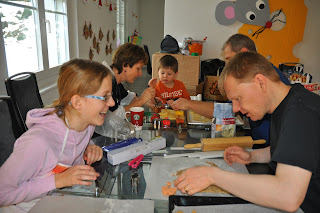 At the office we unveiled Advent window No. 11 for the village community, we distributed mandarin boxes to customers, and we had an End of World Party on 12/21/12. 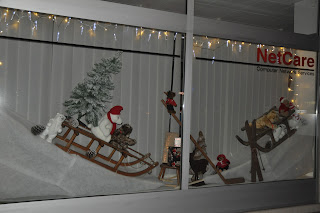 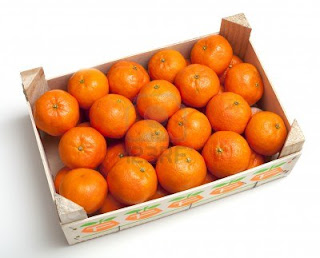 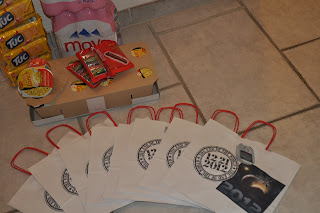 Since it was going to be the End of the World I didn't do much at home in terms of cleaning up the house for Christmas Eve. Once I realized Dec 24 was actually going to happen, time got very tight. My parents were invited, and they do so much for us throughout the year, so I wanted everything to be perfect.

The morning of the 24th, Hubby went to work at the office, and I went to work at home. I thought I was being clever and let Colin open one present. What a crucial mistake! It was the Playmobil Police Station. Supposedly it is suitable for 4-10 year olds. That age range alone should make people suspicious. So instead of marinating the beef or making sure the wine glasses were clean I was trying to assemble the custody cell and installing the alarm system so no robber could escape from his cell. At some point I had to tell Colin I could not spend any more time helping him so he called his grandpa and asked to him to come over. 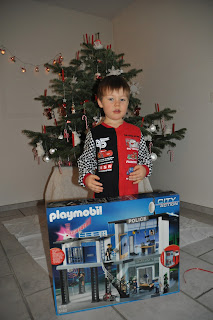 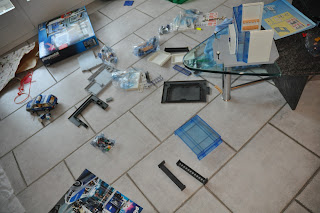 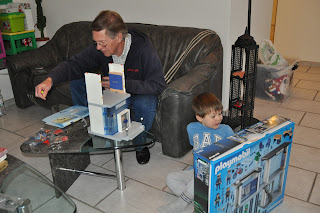 I was so glad I had set up the Christmas tree a couple of days before. I remembered another Christmas when our guests had to help hang ornaments and light candles before having appetizers. Didn't want that to happen again. 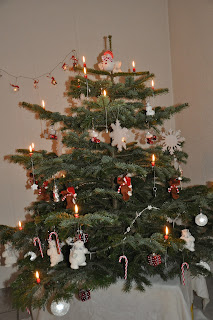 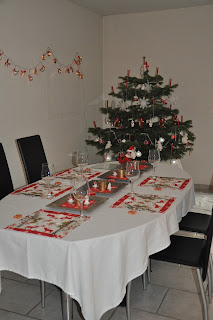 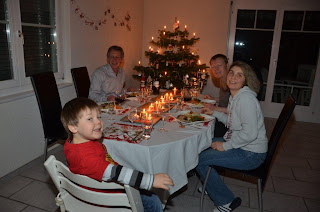 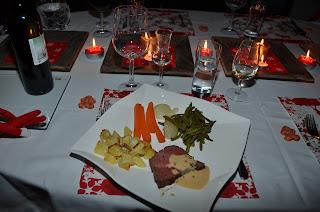 Hours later everything was done - including me. I was exhausted. I enjoyed the evening, but frankly, I just wanted to go to sleep. Christian said this was not supposed to be the way; next year we were going to have Christmas Eve dinner at Burger King. Bring on the Crowns and Whoppers, and have a merry Cheesemas! 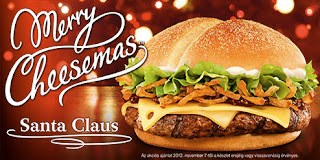 I have learned my lesson. So today I had our guests make their own pizza. Simple! And yummy! And everybody had it their way :-) 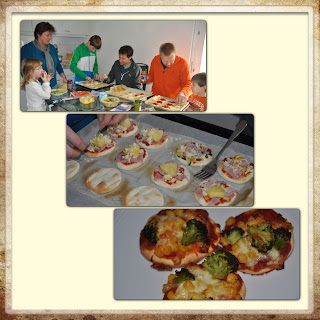 So let me wish you a happy new year - may 2013 give you opportunities to do what is important to you! As for myself I hope to be back here blogging more.