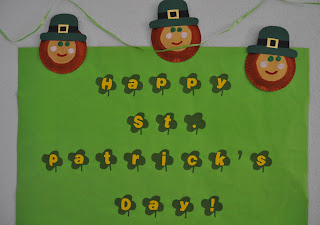 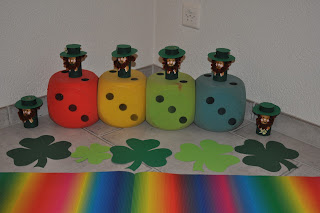 Finally, the GREEN holiday was here! And the funny thing is, around here, besides the odd Anglophile person, St. Patrick's Day is not known at all. Here's a Facebook conversation with a Canadian friend I had the other day: 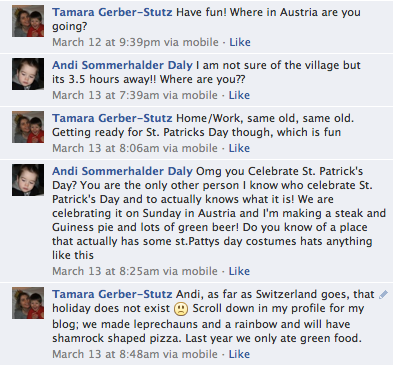 So that about sums it up why there are NO supplies to be bought around here, and crazy people like me browse DIY stores and the web in order to get everything the way I picture it in my little head. Thank God for Easter, so at least a green tablecloth roll or some grass were easy to find. No light blue tablecloth rolls, though. Hence the painting job that needed to be done for our sky. Because a rainbow with a white wall as a background is a no go, don't you agree? 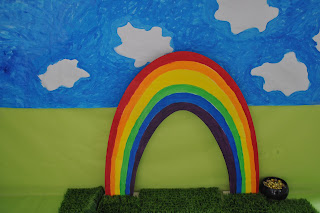 Speaking of rainbows - as I mentioned in one of my previous posts, we wanted to make a rainbow cake using a "not Martha recipe".  One would think this should that be easier than a Martha Stewart one, right? Well, I was happy about the really vibrant food coloring I ordered  from Amazon. And they really came out colorful and vibrant. Just not in the right rainbow order ;-) 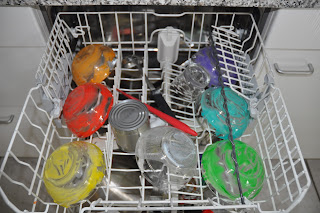 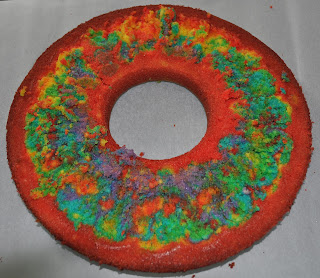 So Colin couldn't wait for his buddy Eric to arrive - and when he did, the two of them immediately started fighting about some toy. Not long though, and they had a blast decorating their leprechaun traps: 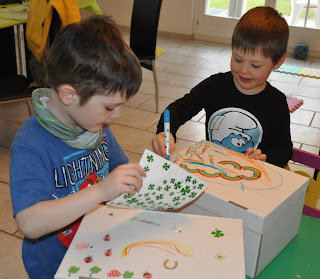 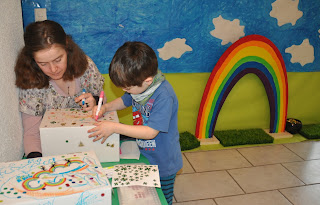 This gave Doris and me some girls time in the kitchen while preparing our shamrock shaped pizza: 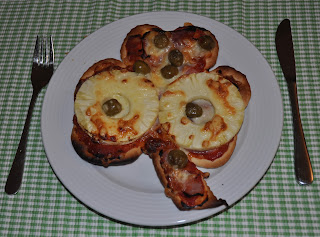 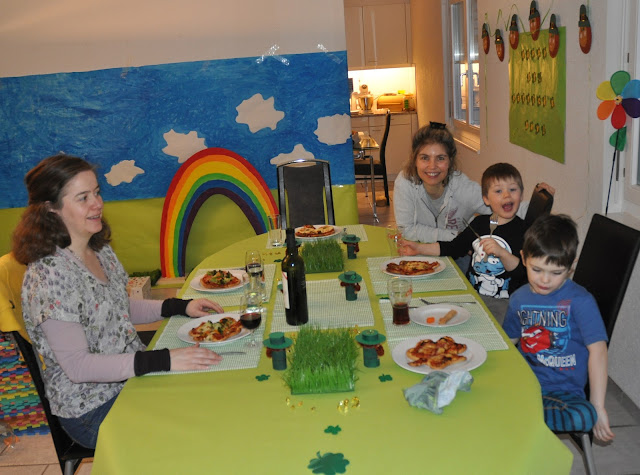 Oh, and we also had some shamrock cookies and fruit rainbows: 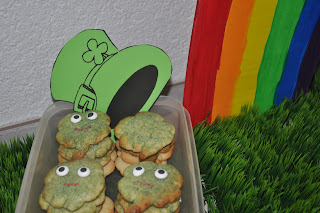 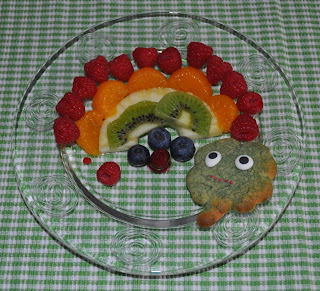 From time to time the boys were peeking out the window, and at some point Eric was sure to have spotted a light blue leprechaun in the garden. He couldn't be convinced that it might be a smurf (or a little bucket from the sandbox for that matter), so a leprechaun it was! When it was time to go, he gripped his trap under his arm in order to take it home and catch that little guy!

So he was right. There definitely were some creatures sneaking around, not sure what color, but here's what they did in our house: