Rrrrribit - the "just because" Frog Party

May 09, 2013
The other day when I was at work I noticed a group of little people walking past our office. We work in a building that used to be the village supermarket, so more or less the whole front is glass panels. You can easily get distracted because everybody walks to and from the train station, so usually I don't pay the passersby too much attention - unless one looks like our son! And in fact it was his daycare group coming back from an excursion. So I ran out to say hello. They were heading back for lunch, and Colin suggested they went to our place. "Are you going to cook?" I asked. Of course not.

"But mommy, one day, may I invite my friends over for lunch and you will cook?"

So "one day" was yesterday, and of course I couldn't just serve spaghetti with tomato sauce which everybody likes and is quick and easy to make. My theme was determined once I heard that they are going for weekly walks to a nearby pond in the forest to observe pollywog - of course hoping every time that there would be frogs by now! The warning sign has been set up for a while now. 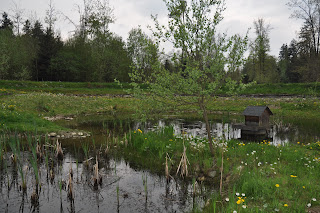 A new project was born! I found the idea and printables here Frog Craft Instructions
And I didn't have any green and golden crafts paper left so I painted some and added glitter - took forever to dry! 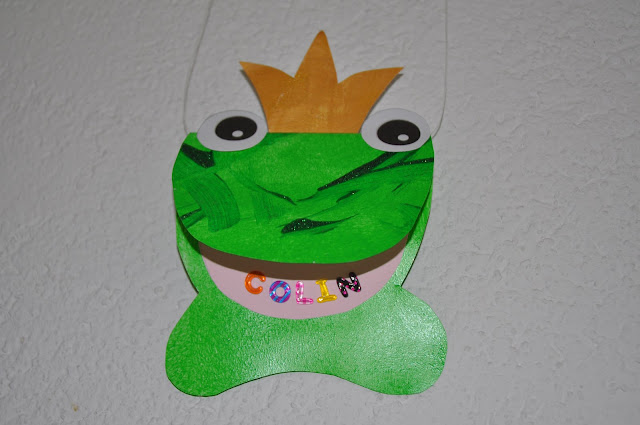 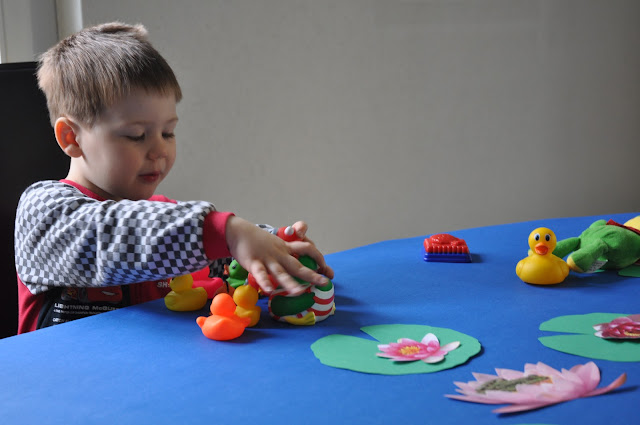 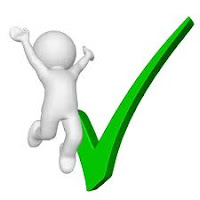 Now on to the food. If we were French I could just go ahead and make cuisses de grenouilles, frog's legs. But somehow I didn't think the kids would appreciate it. Also I don't have the slightest clue on how to make them. Up until the morning I had to go groceries shopping I still wasn't sure what to make. I had a plan B though: open a bag of goldfish! Not healthy enough? You are right. Our daycare and their caterer have acquired a special label on integrated and balanced nutrition. It means all winter long they get to eat cabbage and stuff.

If I was a good carver I could make those cute bell pepper frogs, wow, the internet is full of other people's perfect stuff: 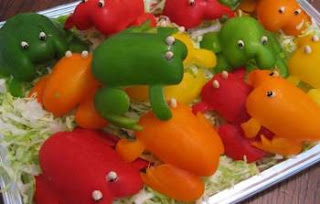 Just in case I had ordered some frog and fish cookie cutters. And turned out using them on veggies! I thought I'd give it an early start, but let me tell you, cutting out carrot fish and green bell pepper frogs is hard and time consuming work. Maybe I should have tried red peppers? Anyway, I was listening to empowering music such as Lady Gaga's "bad romance" and it was almost fun. 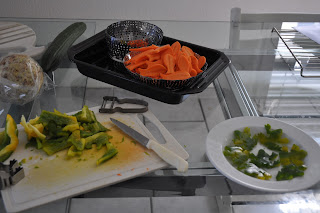 Fortunately they were a little late, and hubby was a little early, so he helped me set the table with disposable flatware in 10 different colors, each person would going to have their own color! Good idea? Maybe not, I thought all of a sudden. The other day we were invited at a friends's house, and it took a while until we were ready to eat because the kids were not happy about sitting in the sun or the shadow, having a white or red cushion,…

Not Colin and his friends, though! We were so impressed by how well behaved they were! Went to wash their hands, took their seats without any fight and sat there patiently waiting for their food. Rainah and Yanik even found a plate that perfectly matched their T-Shirts! 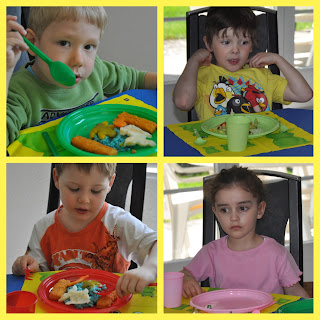 Some were a little irritated by the blue risotto - only until they found out it was supposed to be pond water. Others didn't like the root celery which was to be expected. One day they may host a pond party as well and will be surprised how hard it is to cut out fish from sweet peas or broccoli ;-) 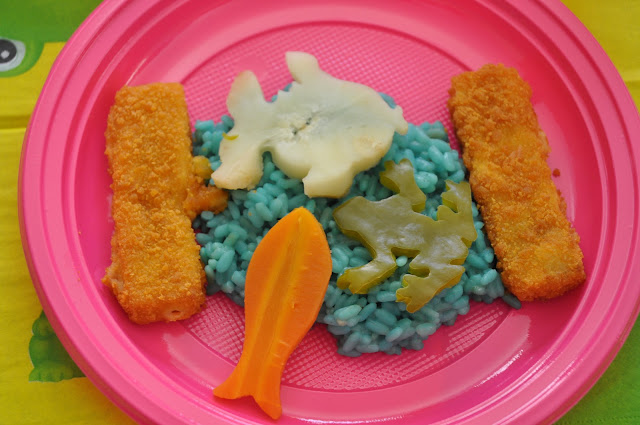 A little bird aka hockey guy had let me in on a secret: It was going to be one of his buddy's birthday the day after! And suddenly the "just because lunch" became a "that's why party"! Yay, cake, chocolate candy, candles, singing!
﻿ 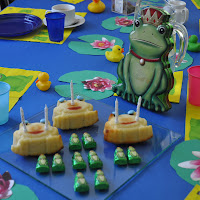 After everybody had found the frog with their name written on its tongue they let me take a group photo, 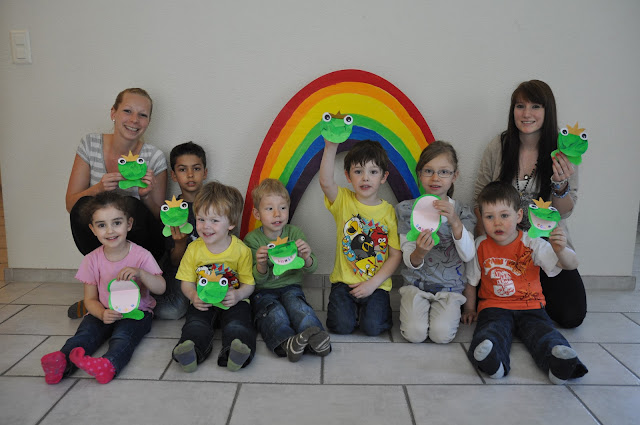 then they put on their sneakers,

grabbed their walking buddy and went their way! 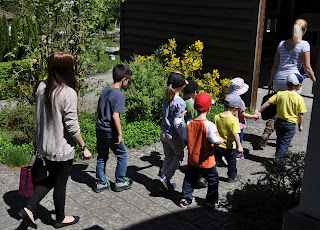