During our stopover (June 10) we touched base with Chicago already, and look who was welcoming us, Jonathan Toews, captain of the Blackhawks. And wow, this sure looked like it was meant to be!

When we came back to Chicago (June 24) the first place we went to was the United Center that the Blackhawks share with the Bulls. Somebody must have climbed onto the Michael Jordan statue and put a hockey shirt on it ;-)

Apart from that and the fact that there were "no tickets - sold out" signs on the windows, nothing indicated that great things were going to happen only a couple of hours later!

We made our way to the downtown hotel and walked a couple of blocks to find a place for dinner. 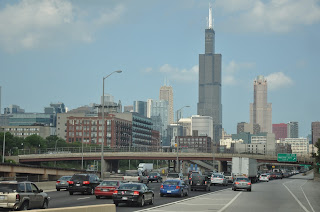 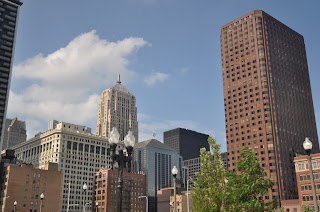 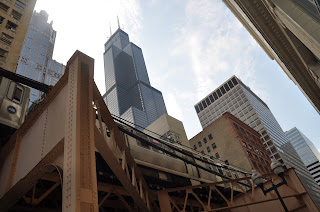 If some inattentive receptionist ruined our experience at HRC (see Pouring in Missouri) where at least the food was at its usual good quality, we actively disliked the "famous stuffed pizza" and the "service" at  Giordano's. And I realize this is some prestigious thing, and maybe it was just a bad day at one specific location, but we will not go back there!
Oh, and after waiting for that pizza for 50 minutes, of course, by the time we got the check, it was pouring outside!

I think  there must be a correlation between a bad experience at a restaurant and the weather?! The best we could do was spend some time next door where a nice guy fed us some sweet stuff:

But not too much time, because we wanted to be back at the hotel for the 6th game!

We were a bit conflicted about the desired outcome.

Colin was rooting for Boston, and if they won this game, there would be a game 7 which we would miss, because it would take place on Wednesday evening when we would be on our flight back to Switzerland.

And if Chicago won tonight, well, we would be here to share the joy! Never mind that the game actually took place in Boston.

And the Bruins were leading 1:2 for a long time. But then Bryan Bickell tied late into the 3rd period, and we thought, "yay, overtime, more hockey to watch!", but only 17 seconds later, Dave Bolland scored again for the Blackhaks, and I think I was like most people, I just thought "wait a minute, where did THAT come from, I can't believe they turned in around!"

Colin was so angry! He wanted to switch off the TV and not see or hear anything anymore. Fortunately he came around and watched the interviews and the players hoisting the Stanley Cup. Outside we heard fireworks but couldn't see it. Too bad! I would have liked some taste of July 4th! 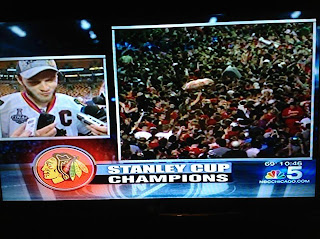 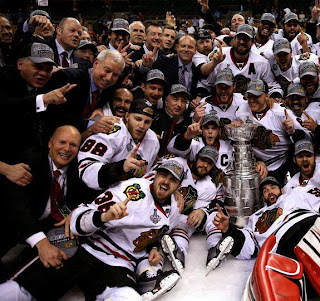 The next day we went back to the stadium. This time the trailer was open for business and selling merchandise. Looks like  some people were thinking ahead and printed millions of "Stanley Cup Champions" shirts in advance!
Also the fan shop downtown was crowded, people were buying jerseys, license plate frames, key rings, everything! I will shut up about hockey now because I plan on writing a separate post about Colin's visits to hockey stadiums: My son, the hockey fanatic 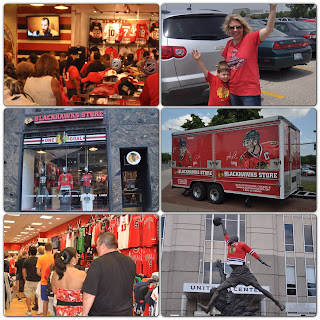 As per Colin's wish we then drove to the Woodfield mall in Schaumburg where last time he had a great time at the Looney Tunes playground. And also this time, he thoroughly enjoyed himself, making new friends and running around like a madman! 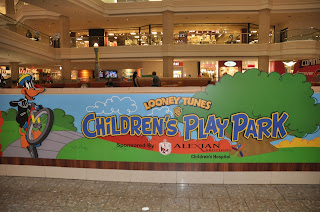 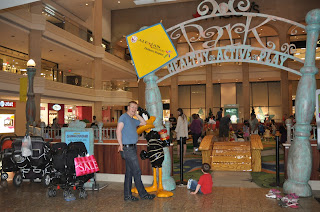 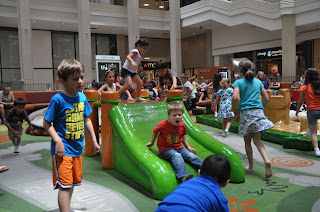 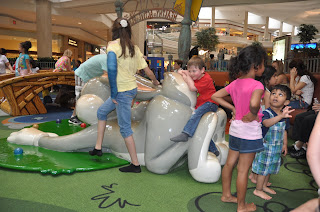 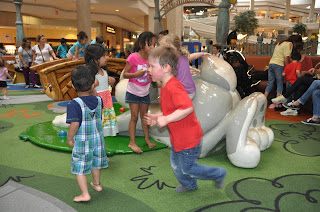 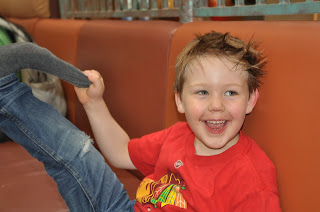 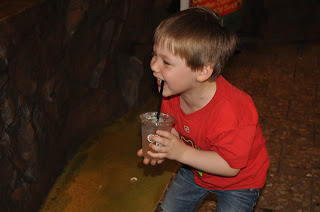 Nice Cheesecake Factory dinner, then back to the hotel for my least favorite part: packing! 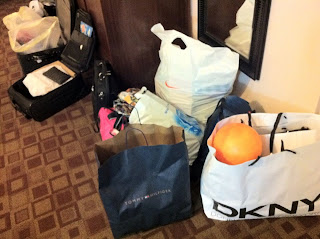 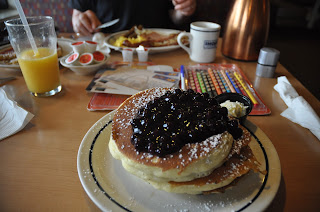 Then Starbucks for the "dreadful" postcard writing. 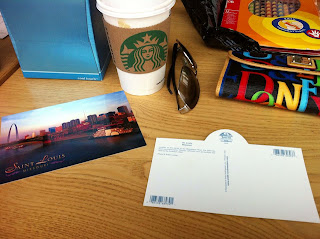 And Starbucks lovers know what kind of music they usually play, right? This time, just when we sat down with our beverages, this is what we heard, much to C's delight:

Entering "post office" into our GPS brought us to a place where absolutely no post office was to be found. On to the next address - it took us to a mail processing facility.

And the clock was ticking. It always is on the last day. I could write a book about last days and things going wrong. Actually, I think I will. In a different post. I did: Last Days Tales

For now, a nice lady at this distribution center gave me a valid USPS address, and of course on our way to there - ding! "low gas alert".

As I could also write a bit about (almost) running out of gas, we didn't want to risk anything on our last day, so we stopped again at a gas station.

We knew we would have to do some paperwork at the car rental, because when we hit that car in Dallas, there was no "incident report form" in glove compartment.
Also, when trying to do the online check-in thing last night, hubby could only do so for himself, but not for us, meaning we would have to do the stand-in-line thing at the airport.

But of course, when you plan enough time for everything, things go smoothly. We made it! 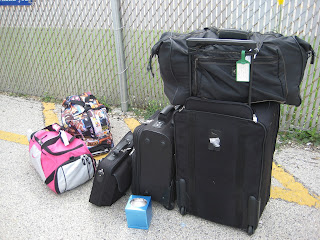 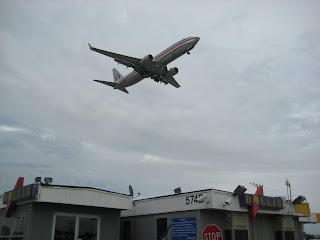 Thank you for being part of our trip!