July 25, 2013
Today the Day Camp for young Hockey Fans we applied for was happening!

The Hockey Camp is a yearly opportunity for Elite, Premier and National League Goalies and Defensemen to train with Swiss NHL Players. Learning from the best!

For the younger kids there was not going to be any training on ice but a fun filled day meeting the stars and other interesting people like referee Urs. He was talking to them about fairness and his signals to announce penalties or goals. 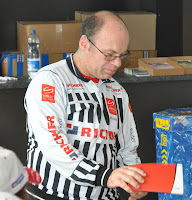 The athletic trainers worked on the little ones at the gym and even prepared them to beat us parents at a "what team can transport more balls until the basket is empty game" so they could win some ice cream later today!

Walking back from the gym in 95°F made the ice stadium a paradise!


Meet and greet the stars! They were talking about their daily lives as NHL players: starting hockey school at age 4, working their way up to members of the Swiss National Team and NHL captain or all star team member.

They work 6 days a week, train, eat veggies, take naps on match days and spend a lot of time flying to the opponents' destinations.

Where were they two years ago when I needed Colin to hear that grown men take naps???


The kids also met Peter "the Boss", who is responsible for everything that players may need material, laundry and food-wise. "I am basically their mom during camp", he smirked. Today he was showing his attentive audience how to sharpen the skids of the skates. 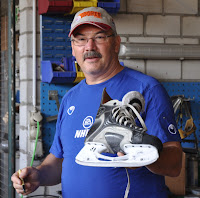 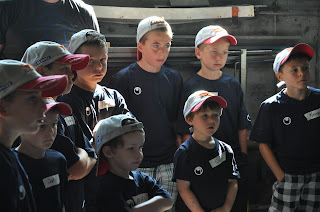 Also he let them sit on the Zamboni! 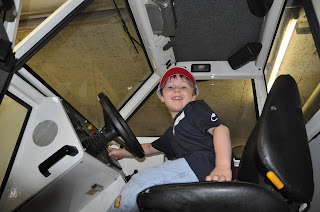 Then they were allowed to peek into the locker rooms. 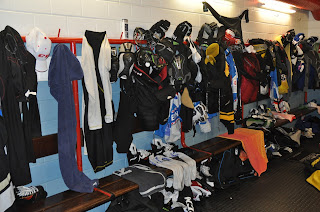 And from a not so nice smell we moved on to lunch. 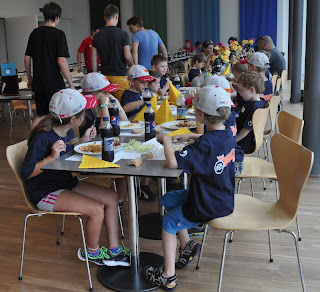 At this point I want to mention what a wonderful job the volunteers of the organization committee were doing. They were so friendly and knowledgable and took care of us showing us around, bringing bottled water, making lots of jokes - and taking pictures with a kick-a** camera! 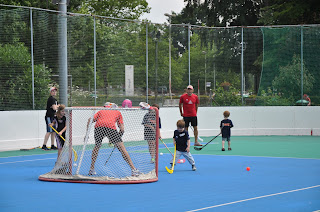 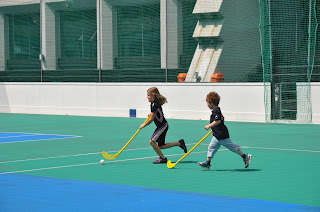 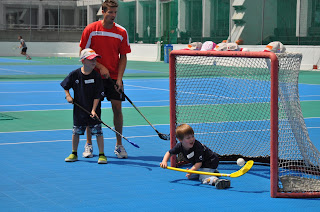 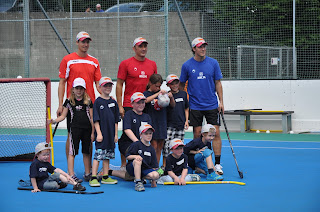 After posing for the team picture the first group of kids left so the next group could play. Well, all the kids of the first group left - except Colin. He just kept playing until one NHL guy called "hey, weren't you here for the first game?" Had he not sent him away, Colin might still be playing! ;-)

And finally - more autographs from the much admired stars!

Learn about him here. Important to know: he is back in Switzerland, playing for Kloten Flyers, Colin's favorite team, this coming season!

He, too has an interesting CV and is back playing in Switzerland for Rapperswil-Jona Lakers.
Goalie Action with Reto

And another highlight! Ice cream - much deserved and welcome! 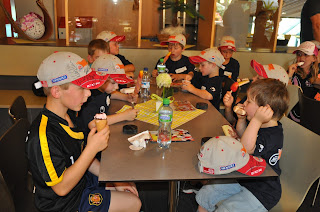 No surprise he fell asleep as soon as we were on our way home!
That was such a fantastic day :-)

for facilitating this day for us, it was truly an unforgettable experience!