Parenting is hard to do

Don't take your love away from me,
Don't you leave my heart in misery

If you go then I'll be blue,
'cause breaking up parenting is hard to do!

Up until now we have been spared from tantrums of the serious kind. It never once happened to me that Colin threw himself on thecandy aisle floor or the like. But you know what they say... there's a first thing for everything. And it happened the other night. It had been a nice and sunny day which he spent in large parts outside playing soccer with our neighbors, 3 kids between 2 and 6 years old. When I called for dinner I heard that they asked "are you gonna come out again afterwards?" and he said "I'll have to ask for an exception." Which he did, and we said no.


He has had a 3 weeks vacation full of exceptions like staying up late, eating burgers and fries or mac'n'cheese almost every day, getting to do cool stuff, going to Legoland, Space Center, etc. We had told him that this was going to end, and everyday life was going to start again on Monday. 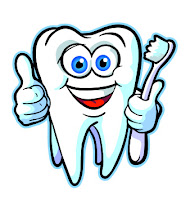 The main reason why we don't like to let him go out after dinner is that he is a total snail when it comes to getting ready for bed. It can easily take him 30, 40 or even 50 minutes to undress, use the bathroom, put on his PJs and brush his teeth. So we like to start his bedtime routine around 7pm.

Usually when we say no, we explain why, and he tries to negotiate, and after we stay firm, he grumbles "oh man, this is unfair", but then life goes on.

That night he got so mad, I have never seen him like this. Not the raging kind, but the devastated, sulking kind.

"The others are allowed to do so much more than me, and they can go out every night, even the ones who are younger than me, and that's so unfair, and I am not gonna wash my hands, and I am gonna go out now, no matter what you say," on and on he went.

It was a total power struggle which I felt I had to enforce just to be consistent, and especially to let him know that this kind of behavior was not OK.

I told him I expected him to go upstairs and do his job, so he would be ready for story time. Then I left and folded some laundry in our bedroom.

After a while he was standing in the door frame and said "Mommy, hold me". Then, in a genuinely sad voice, he repeated how unfair he thought it all was.

And of course I got him. When I was a kid and a teenager, I thought it was particularly unfair that I had to be home earlier than the others. But the neighbors are running around outside as late as 8:30 or 9pm sometimes, and that's out of the question for us. Plus I went on telling him the things that he is allowed to do, which the neighbors might find unfair as well. Had they ever been to Legoland? To the USA? Flew in an airplane? Did they have junk food for the past 3 weeks? No? See!

So we came up with the following deal: the next night, Daddy would have a business dinner with a client, so I would not waste time cooking, but the two of us would just eat a sandwich, which would leave him enough time to go out afterwards. And when his time was up, he would come in without grumbling. 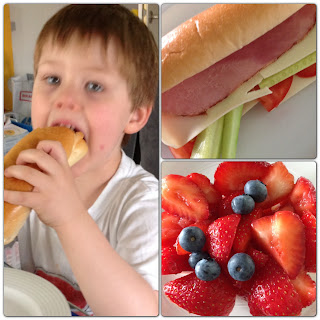 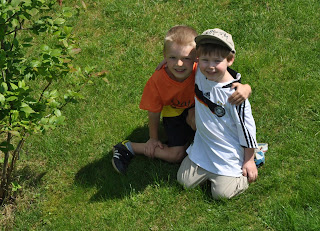 He was so excited he didn't even finish his sandwich. We agreed he'd come in at 7:30pm, and of course when I called him, he tried to squeeze out more time. "You have 2 minutes to say good night to your buddies, after that the door will be closed." Tough love.
In the bathroom the usual foot-dragging began, and I was getting angry. Did or didn't we have a deal? 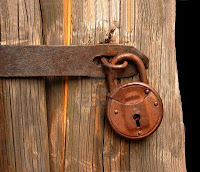 A day or two later we let him go out again, and he didn't come in after several "invitations". I told him that the door would be locked after two minutes. And the door was locked when he wanted to come in after about five minutes. He rang the bell, knocked and cried until I opened the door.

I find it hard to balance between being consistent and firm and "picking your battles".

I observe parents on playgrounds, at supermarkets and toy stores who I feel have "lost" against their young kids already. They do whatever it takes to make their kids happy and avoid confrontation. Buy ice cream and toys, give money for coin operated cars and utter threats which then are not kept. "If you don't stop throwing sand at the other kids we'll go home right away!" Half an hour later the child is still throwing sand, and shovels, and buckets, but the mother keeps chatting on her cell phone and shouts the occasional "knock it off already".

Not that I don't do those things. I do treat him to the occasional ice cream, I even let him go wild at a candy store in Nashville! And I do pay for  airplane or train rides at the mall - occasionally. And I mention every time that this is an exceptional reward for good behavior.

And I am aware that any ramifications I announce - I need to be ready to follow through.

So sadly I have cancelled dessert or story time, and we have left playgroup early.

And I do hope it has a long term effect!!

I also observe 15, 16 year old  young people. They share our space but seem to live in a different world with different rules. 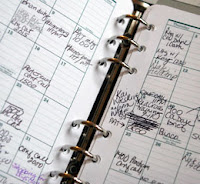 The son of a family we are friends with asked for a summer job within hubby's company. We made it happen, assigning him to different tasks and handing him out a schedule for a handful of half days. He showed up for two or three of them and then wasn't seen or heard of anymore. He would return phone calls hours later claiming he wasn't aware that he was supposed to work today. And no, he couldn't come in now or tomorrow, and the day after didn't look good either - he had other plans.
Huh? He wanted to make some money but wasn't ready to contribute his part?
And I have to say that I like this boy, he appears to be totally wholehearted, lazy but yet successful at school, after a short period of "Beatles hair" he had his hair cut. No tattoo, no piercing, bright smile.
Hubby talked to his mother and she shrugged and said "I know!! He is such a good guy, he is just not organized. Makes appointments here and there which he is not able to keep, and when trouble arises he buries his head in the sand and hopes it'll blow over."

Well, he is going to have to learn how to use the calendar function on his iPhone ;-) 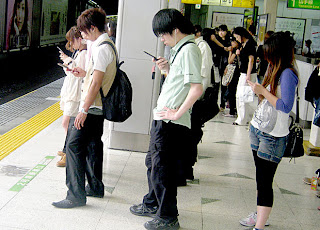 So I guess what I am saying is that every age has its challenges, but most of all its nice sides. We should emphasize the things that are important to us:

Otherwise let's enjoy spending time with our kids to the fullest, because the years go by so quickly! 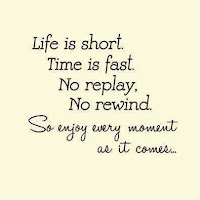 Katrina Kenison brings it to the point beautifully. (Have tissues ready before watching, you are going to need them):

"The Gift of an Ordinary Day"

A couple of links to other moms' blogs who try hard and have some helpful tricks up their sleeves: