The Day I parted with my Music CDs

July 22, 2013
So I was talking about scanning all my CDs in order to sell them online. Because after all who needs CDs when you have iTunes, Amazon and Youtube? Whatever music you want to listen to, you can find it on the internet.

I did feel like scanning away my past, though.

In the late 70s / early 80s, when I heard a song on the radio that I liked, I had several options:

Hoping it made the charts so I would hear it again on Sunday afternoons' "hitparade".
I used to maintain a log about those charts. Hand written, week for week. So I would be able to predict who would win the yearly score!

So if it made the charts I would sit next to the radio with my tape recorder, (yes, two separate devices), fingers ready on PLAY and RECORD, waiting for the radio guy to finish his announcement. And praying that he would not interrupt the song too early. Because that ruined everything! 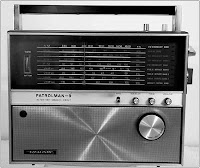 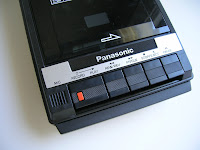 If it didn't make the charts or maybe was an oldie, I tried to memorize the melody and some of the lyrics. Which was hard because I spoke only a tiny little English back then.  Then I would wait for an opportunity to visit a record store in the city where I would browse albums for possible artists. This is how I found Whitney Houston's "all at once" in 1985! It was never on the Swiss charts. She first got noticed with "saving all my love for you" around here. 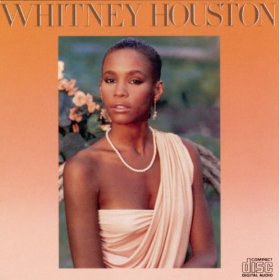 As I didn't have a record player at that time, I had to either hope it was available on tape or buy the album and ask a friend who owned a stereo equipment to record it for me. And you know what happened when you were listening to (and rewinding) the same song over and over?

As the years went by my parents got me  double tape player which made recording much easier. 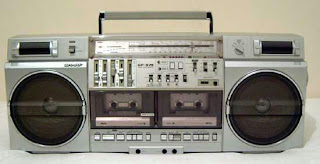 Back to a summer Saturday morning in 2013, scanning CDs online, wireless, on a notebook (no paper involved), my mind was racing as I held each and every CD in my hands. 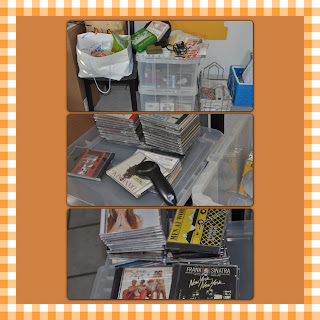 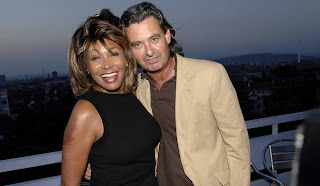 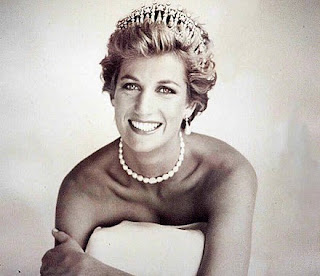 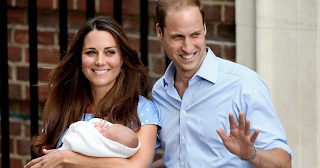 Be brave, they are just stuff. Clutter. Bad for feng shui!

I scanned and scanned. About a third was not recognized by the database. I ended up entering 132 CDs for a total earning of CHF 55. Now the math geniuses among you (are there any? Raise your hand!) will point out that "a quarter a piece" is not exactly what happened here. You know why?

Good old Mozart yielded 1.15! And  I made a little more with double albums like Prince, which was the artist's name before he was the artist formerly known as Prince or Mr Symbol, and I think he had other names, too. Anyway. I got 0.75 for Prince. That must make up for the 90 minutes I needed for the scan job.

This is all so un-economical. How much does a CD weigh? How many cardboard boxes will I have to fill and bring to the post office? And you know how I feel about "die Post" and their level of service. You know what they did? Decided to have "summer vacation opening hours" at the downtown post office.

Aren't they supposed to deliver a public service? Don't they think the public who is not on vacation would want to ship a package, say, around 11?


Just consulted the kitchen scale to find out about it. A CD is about 95g, that's 3.35 oz, so if I manage to jam them into two boxes I will end up with shipping costs of at least CHF  20 which is out of proportion, don't you think?

So I e-mailed the company and suggested I'd drop the CDs off at their location - which I did today. And you know what? Letting go wasn't that hard. You walk in, smile, hand over the bags, walk out. Still smiling! 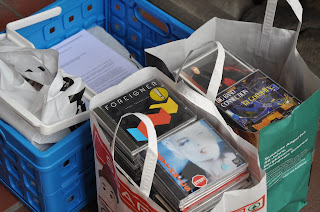