While I am waiting for the cinnamon roll dough to rise and Colin and the neighbors' kids are playing peacefully, I want to take the opportunity to write down my thoughts about you guys leaving. 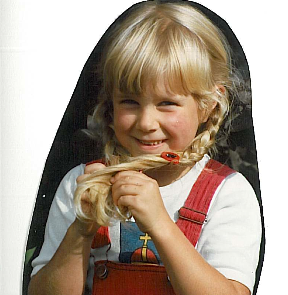 I have known "Annettli" and her brother Alexander for about 30 years, they attended my mother's playgroup, and our families have been friends over the years, visiting each other in Schafisheim and Staufen, enjoying soccer, Schlösslifest, carnival, Jugendfest and other festivities. Pictures by Mirjam Stutz: 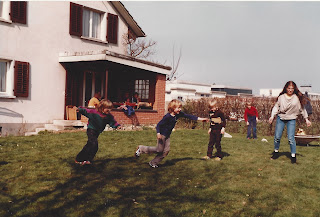 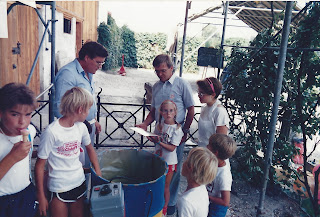 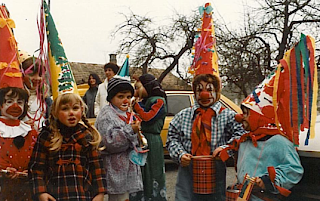 There was a bunch of former playgroup families who founded the "Radiesli Club" and we used to meet in the forest for BBQ and hide & seek.

We grew up, went to school and abroad and occasionally heard about what the other one was doing when our moms bumped into each other.

At some point Vreni Piel was looking for a job, and she came to see me at the job agency I was working at the time. I sent her to one interview and she got the job!

Once I heard about Annette and Kurt (whom I didn't know back then) getting together while he was in Switzerland and she spent a year in the USA. I could relate very well as my husband and I had a similar story, being separated by the Atlantic Ocean.

Then I heard wedding bells.  (The same year we got married ourselves!) And "A.P." - the woman in red - technically became "A.F." 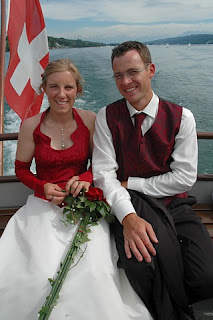 Next thing I heard she was expecting a baby, and then I heard about Päuli being born, and that the three of them were going to travel through Alaska. Never too early to raise a little travel bug!

One day - I was pregnant myself - I was waiting for the bus when Annette walked by with her trailer full of branches, leafs and stuff from her garden. In the middle of it with a big smile and an even bigger Schnuddernase (how does that translate? "Lots of snot"?) was sitting little Paul. 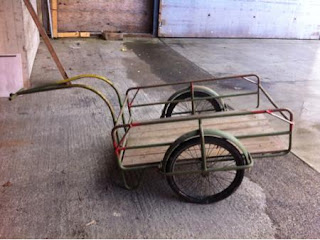 I got interrupted by the kitchen timer. Rolls are rising for another half hour. Colin got more suntan lotion and water balloons in every color.

Not only the Fischers were flying back and forth over the big pond. We were also traveling in Pennsylvania and posted this picture. Must have brought back fond memories: 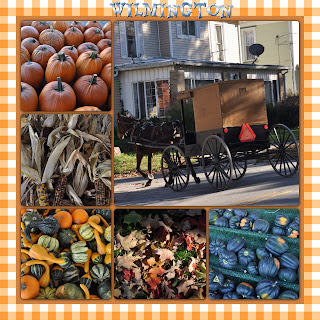 As soon as we came home, it got winter. Even if we didn't see much of each other during the year - the one occasion you could be sure to meet was the setting up of the village Christmas tree event. Last year Colin gave us a scare by disappearing. As it turned out, he was tired of waiting for us and went home. In the dark. All alone. 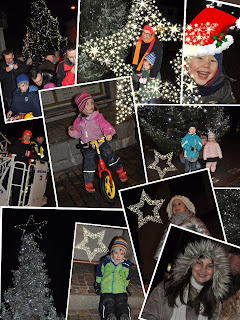 In January Annette's mother told my mother the Fischer family was going to relocate to Canada.

I mean, I knew they really, really like the country, and they spent their vacation there all the time and took really nice pictures and even made movies. But leaving for good? Wow!
This called for some details. Over cinnamon rolls. And now it's time. The moving container is gone already. Got a text message today "we are at the notary's office, selling our house." 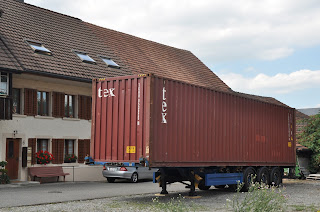 I am going to miss greeting Kurt in the morning on our way to work (and even more when we need something fixed like a balcony door or a lock for our tenants) and bumping into Annette and the kids with their bicycles. 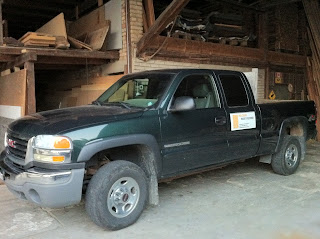 I am really bad at goodbyes. So don't be surprised if I just leave your farewell party with a casual "see ya" - because otherwise I will start to cry. And we don't want that. 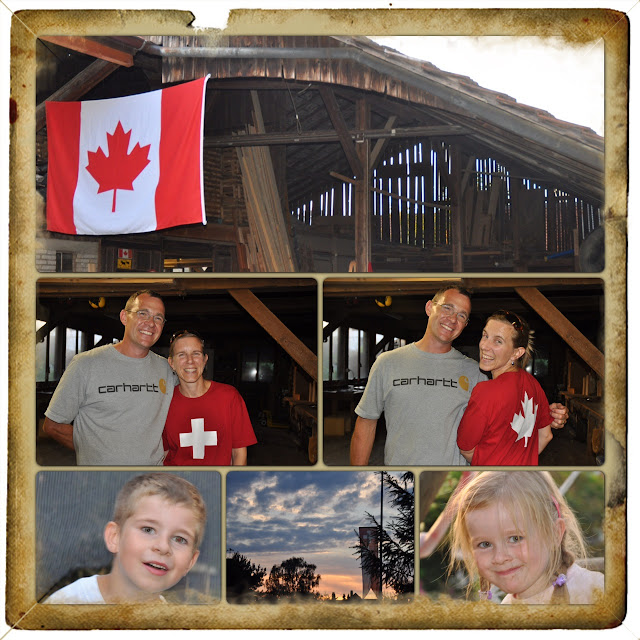 I am very happy for you, and we will definitely come and visit you in B.C. - we always like having a good reason to go to Canada! 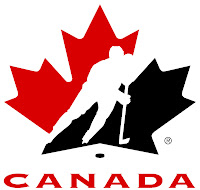 Until then, we'll just look at pictures from our trips and check Facebook for A.P.'s updates!