Several times a year Migros, one of the two large supermarket chains in Switzerland, launches a campaign targeting families with kids. For every 20 bucks spent you get a collectible. Usually they want you to purchase a box and a book that go along with it.

In the past there were domino bricks with the flags and sights of the Swiss cantons (states) on it, stickers with endangered mountain and sea animals and plants, "Nano" characters aka mighty beanz, dinosaur bones, spin tops, the list goes on and on. 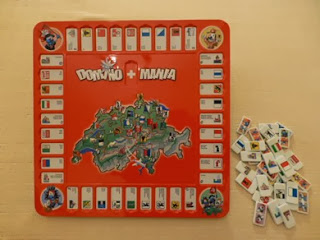 Most collectibles are a bit annoying for us moms because not only aren't you allowed to shop at the other market during that campaign, but the thingies are tiny and have a tendency to spread all over the floor and don't miraculously hop into a box in the evening. Some disappear  permanently, and then the little ones are whining about it...
You get the picture. 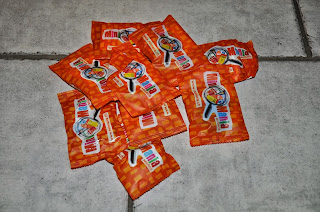 On the plus side kids can always learn valuable things.

Like the concept of "random". You get those things in sachets, and the more you have, the more duplicates you've got - and you will always lack some others and probably never get them. Unless you learn about "trading" with your buddies.

The current campaign, "Mini Mania" started a whole new level of obsession: Facebook groups are popping up, and grown women are tapping into their mobile phones "I can give you the toilet paper roll, if you will send me the pizza!"

And everything is purely on behalf of their kids, of course. Not that they secretly enjoy playing groceries store. So what is this all about?

Some marketing genius within Migros figured why not produce mini products and give them out as collectibles? Win-win, right? 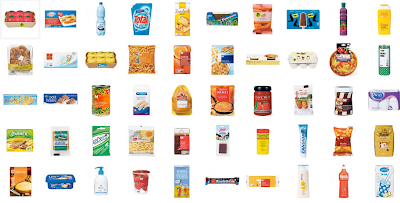 There are 52 items like ketchup, sausages, shampoo, chips, eggs, etc. As an accessory you could purchase a shelf. Which we didn't and won't.

We currently had 43, so this morning - Colin is on a week long "no gadget penalty", and this during fall break, how could I have been so strict stupid - I suggested that we post the ones that are up for trade and the ones we still need. 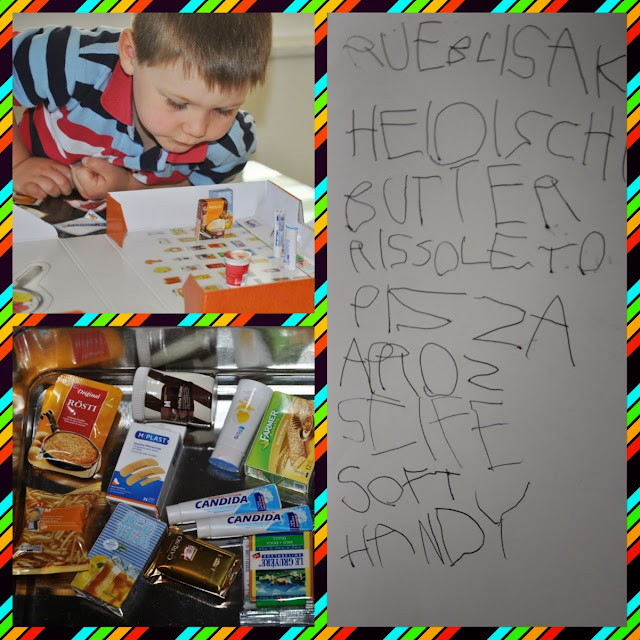 Colin made his list, I took the picture - and the ladies replied! It felt like an Arabic bazaar.
Not long and we had a couple of deals! I made him prepare envelopes with the merchandise and put sticky notes with names on them. As soon as we got an address, I printed it out, and he wrote "thanks a lot and kind regards" on it. He did a great job! 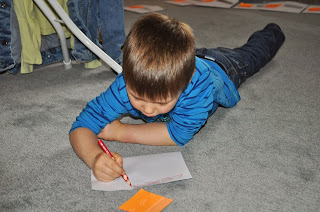 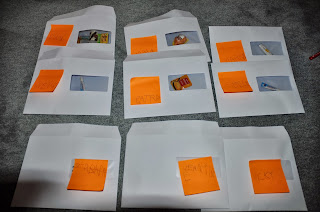 When it got calmer we went real life groceries shopping. Lately he hasn't been moaning about joining me - there would be new minis after all! Plus one specific market set up a TV for the young customers so they can watch cartoons while the moms shop. 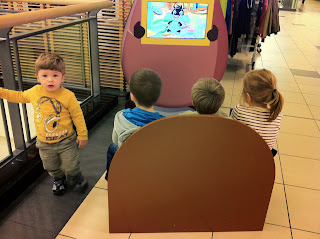 When I came back he had something in his hand. "What's that?" "A mini - those kids had a spare!" So he quickly opened the new ones I got from today's grocery run and ran after the kids to give them one that he didn't need. Heart warming. An elderly gentleman must have watched him. He approached us and emptied his pocket: two more!!

We had totally lost track of time and raced home to make lunch.

In the meantime we got some more deals and addresses, some already posted that they mailed something for us, so it was our turn to go to the post office. As it was his project, I gave him money and told him to go and buy stamps. 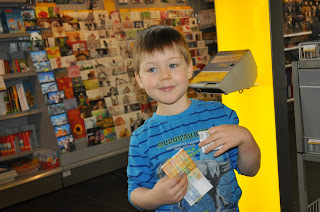 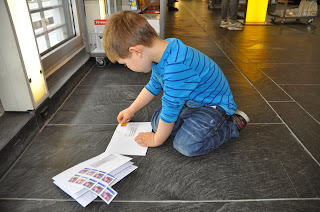 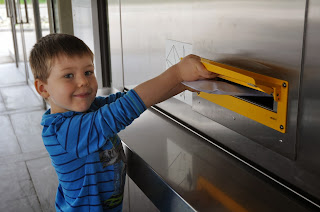 Just next to this mailbox a lady was sitting in her car watching him dropping one letter at a time. She was smiling, and I thought I knew her face. Just from where? We almost got into our car when I realized that she might work for Migros. We went back and asked her, and she said yes, she was one of the cashiers. We told her that in all the letters that he just mailed, there were minis he was sending to other kids.

You know what happened next? She said "you really like them, huh?" Got out of her car, opened the trunk, removed a generous amount of sachets and gave them to the little guy!!

Talk about a lucky day!

We still need the following:


We are done!
Thank you, Fabienne, Jeannine, Patrizia and Vicky for sending us the minis! :-)

Last but not least: just found out that people actually sell their unopened sachets for a lot of money. Now what is worse, the greedy people who post it or the stupid people who buy it? 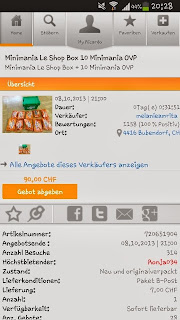