December 21, 2013
I think I have never been sick before Christmas - only during official time off. 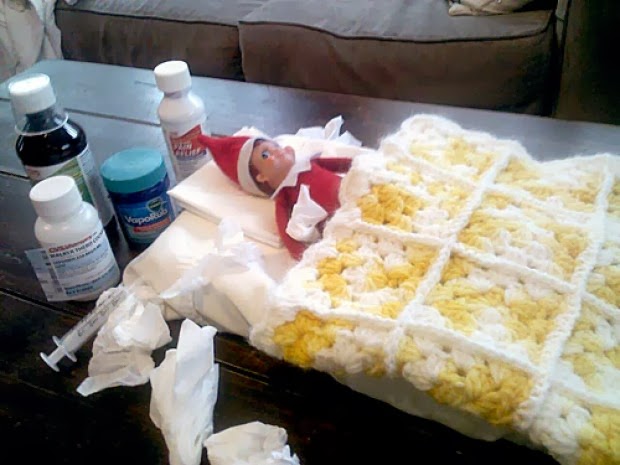 But there's a first time for everything, right?  And it happened now. Started to shiver on Monday night - but then again I was sitting next to the mall's ice rink. Bet let's start at the beginning.

It began all quite OK. Those who read about my crazy day will understand that this week we had to give the mall's kids place another go.

After the charity meeting from hell in the morning, I had snacks for the car ready, and as soon as he returned home from Kindergarten, off we went, and with Colin's passport at hand, we marched right back in -  Bingo! 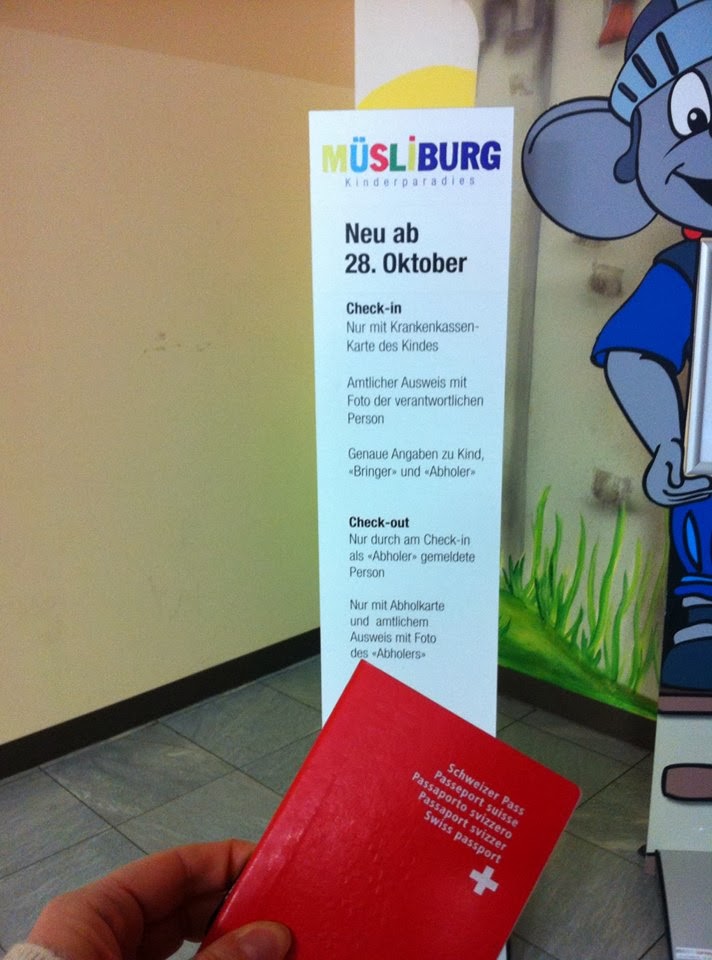 Time to get some lunch. Yes, I had food ready for Colin, but not for me.

I was pretty sure the guy in the black hoodie you can (or can't) see was Micki Dupont. Successful Canadian hockey defense player and probably sexiest of the Swiss league, too. My day was improving! He was having lunch with a younger and an elderly woman, probably his girlfriend and her mother? I was considering getting Colin out of the kids' place because he would LOVE to meet him again. He uses to approach the players, high-five them and comment on a recent goal they scored (or foul they committed. Yes, it really happened!!)

But then I decided I didn't want to interrupt anybody and moved on to Starbucks. Last week I had been too upset to go there.


Got out my notebook and ranted about the meeting and the chief gotten out of control to my friend.  Everything that has been going on within our charity board lately would make for an entertaining - soap opera worthy, even - blog post, but I feel I have to protect their privacy.

Picked up Colin and went to the toy store when hubby texted if we were still at the mall. He was on his way back from a client's nearby, and it didn't take long and he joined us. In the meantime a splitting headache had hit me, and I was grateful for the opportunity to go to the bathroom without my notebook case and handbag and without squeezing into a tiny cubicle with the little guy. 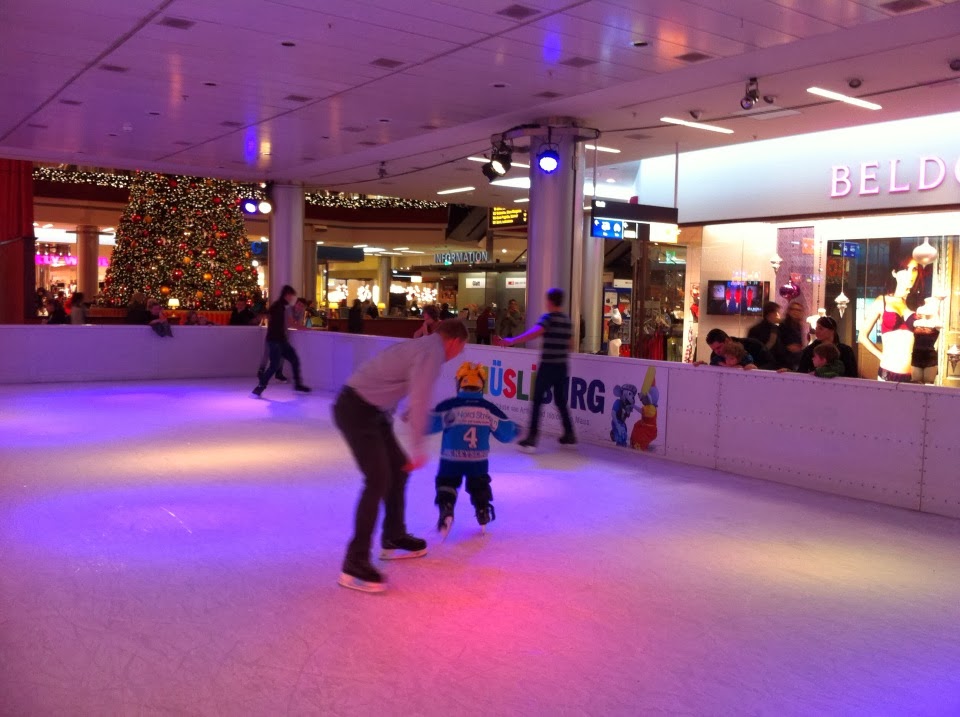 They decided to rent skates and race each other back and forth on the rink. It was great to see them spending some quality time. At some point they got hungry, and we went to an Italian place where I got my glass of wine I had been craving. By now I was feeling pretty crappy, and not even the yummiest pasta made it better.

By 9pm I crawled into bed. Wait, I almost forgot to move the Elf. There. Done. 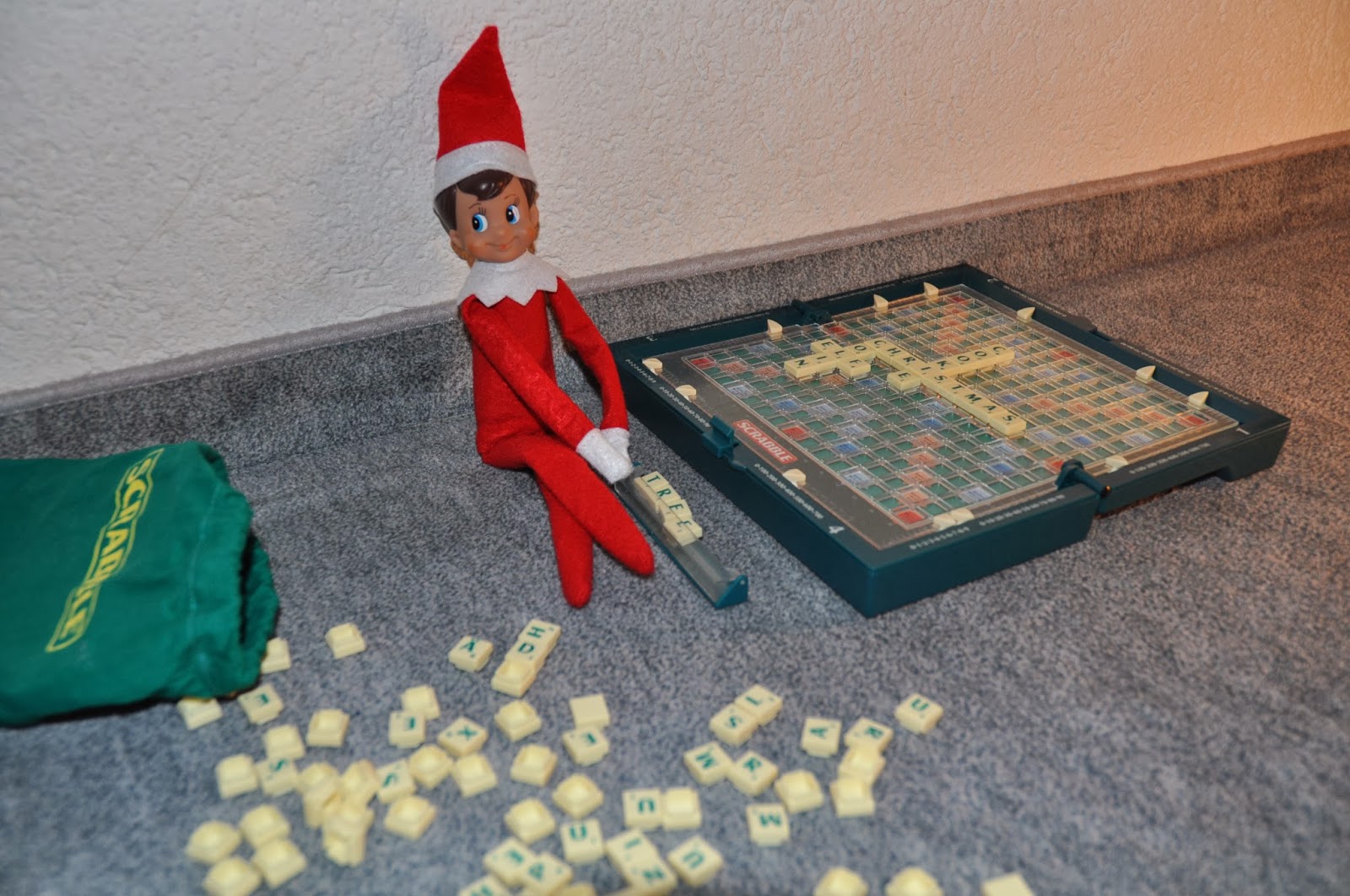 The night was bad. My headache got worse, I felt cold, then burning up. When my husband came to bed, I told him I kept seeing things - wine stains. "Anything I can do for you? Tea? Meds?" No, just shoot me.

Two nights and two days just about blended into one blurry period of time during which I didn't do much more than sleeping and organizing pick ups and rides to and from birthday parties, daycare and hockey training. One of the Kindergarten teachers got sick as well, and I needed to find something for Colin to do on that morning.

Thank God for text messages and my mom. And hubby. I only got up to go to the bathroom, so he had to take over the whole morning routine to get Colin ready including preparing the lunch box. At night he even had to move the fairy.

When Colin came home in the evening I heard how he asked his Dad about how I was doing and if I had any food cause he didn't want me to die.

"She is still not feeling very well, and I am not sure if she ate today, but she is not going to die."

Turned out that he was a bit worried about me not being hungry - can't blame the guy, usually I am always hungry - and he brought me those dolphin cookies: 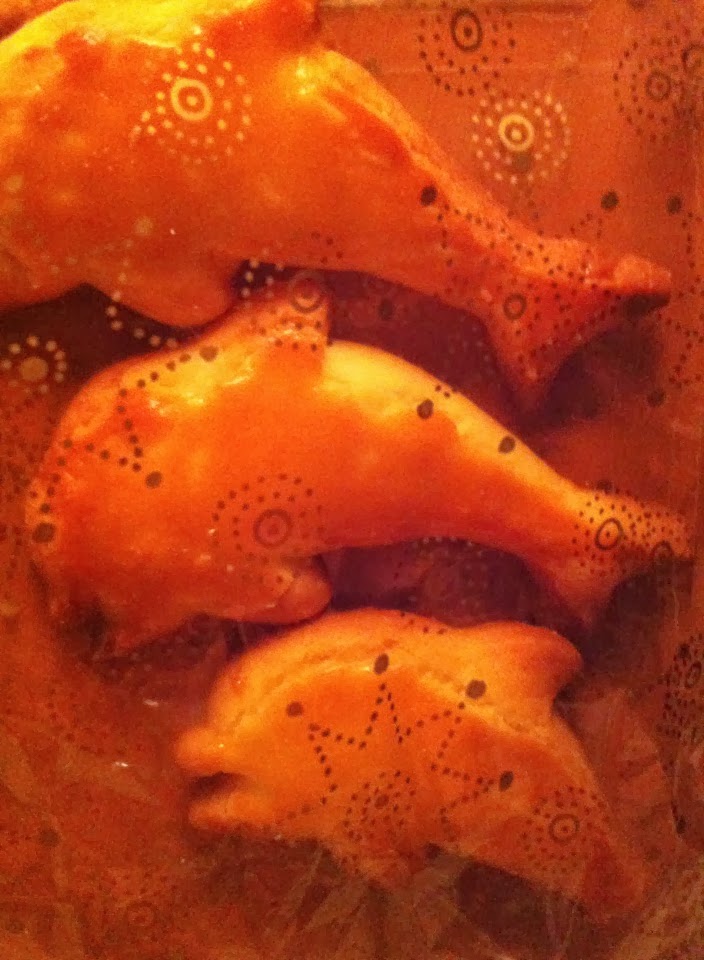 The other night he had asked about Jesus. Specifically he wanted to know what he died from. Hubs and I didn't agree. I said exsanguination, he said dehydration and starvation. Oh-oh, so Colin wanted to make sure I kept eating!!! Now that was sweet!

On day 3 the fever was gone, and the bedding and I needed some serious washing. Can't remember when I ever was this smelly. (I know, I know, I was never in the Army!) I used the nice products I got as one of my advent calendar packages. Had to cut the shower short though. Low blood pressure and general weakness threatened to take over. 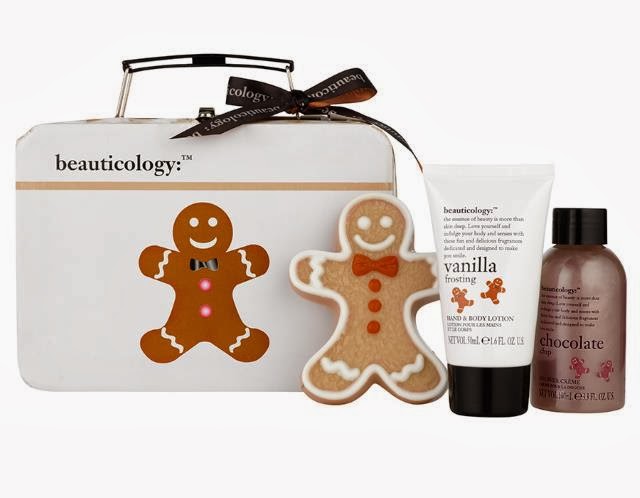 My blood pressure rose immediately when I came down to the kitchen for the first time in two days: 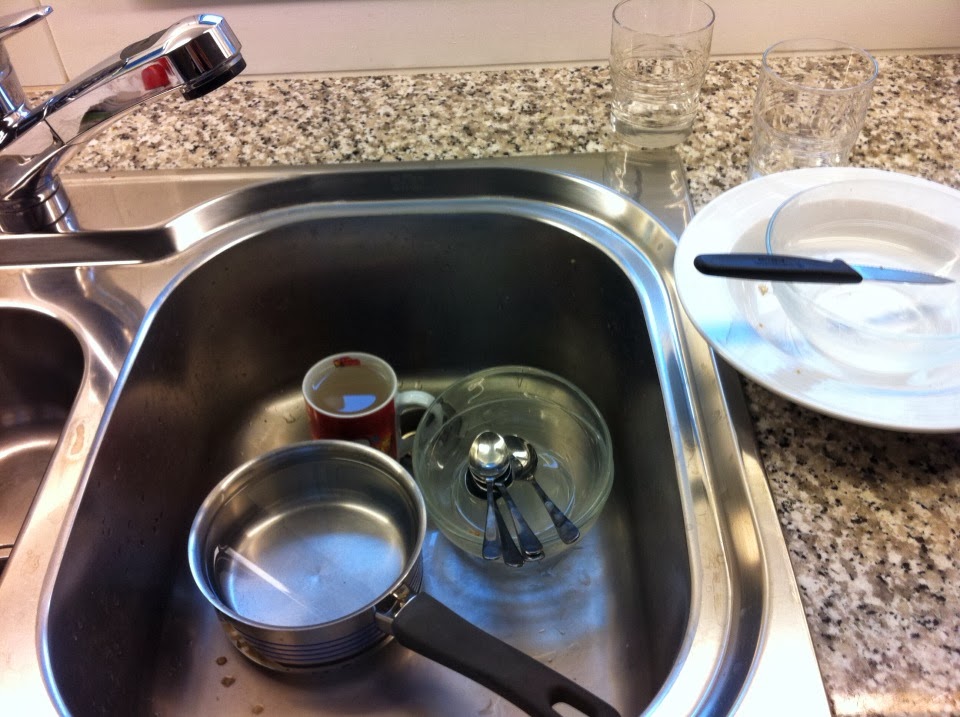 Made me think of a friend's Facebook status I saw the other day. 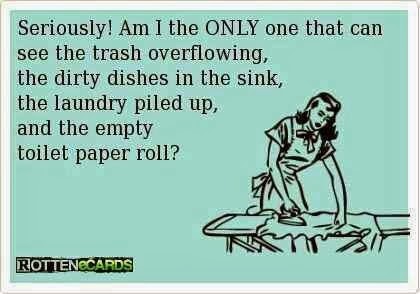 Used the rest of the day to clean up and put the bedding back on. It was so exhausting!

I started to worry. We still didn't have a Christmas tree. I had baked only one cookie variety. Gifts were not ready by far. How about the date Colin's Godfather would visit?

But there wasn't anything I could do now. Or was there?

Turned out one of my parents' favorite restaurants offers print-at-home-vouchers on their website. How convenient!

While I was online I (un)fortunately checked my e-mails discovering a "deadline is today task" my husband had sent my way - if I felt up for it. Have I ever dropped the ball? A nice online friend help editing the 100 words I needed to put together. So grateful!

Another friend came through with a promise she made a while ago and sent me pictures of the gingerbread house contest that was being held at their mall. How nice! 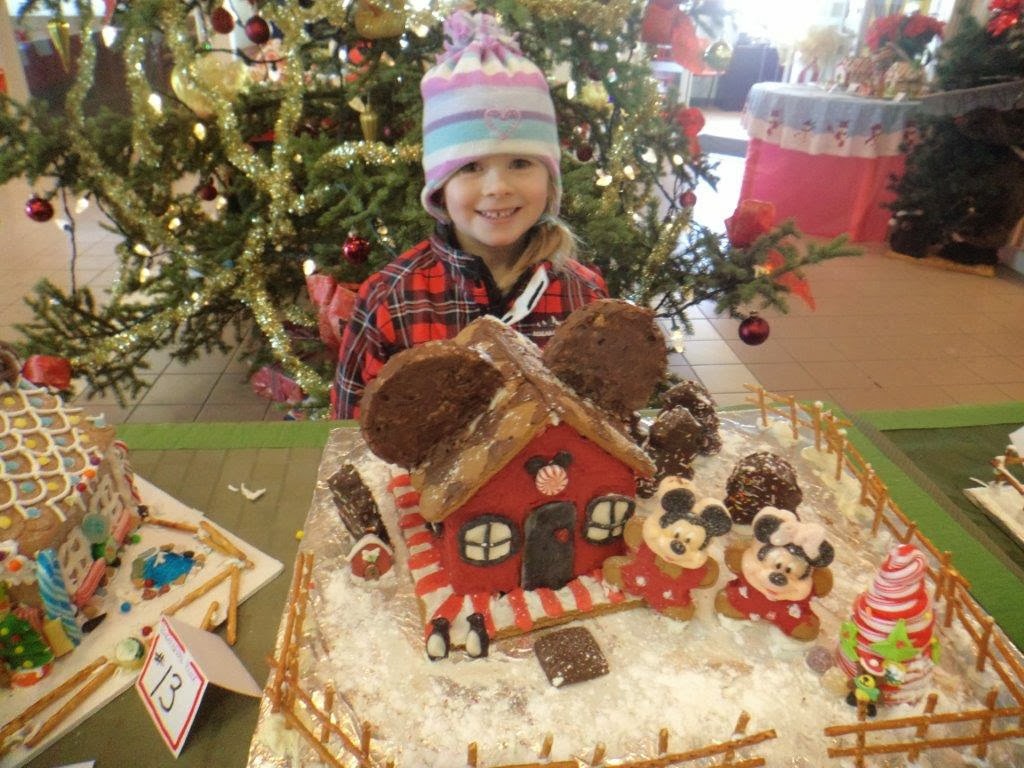 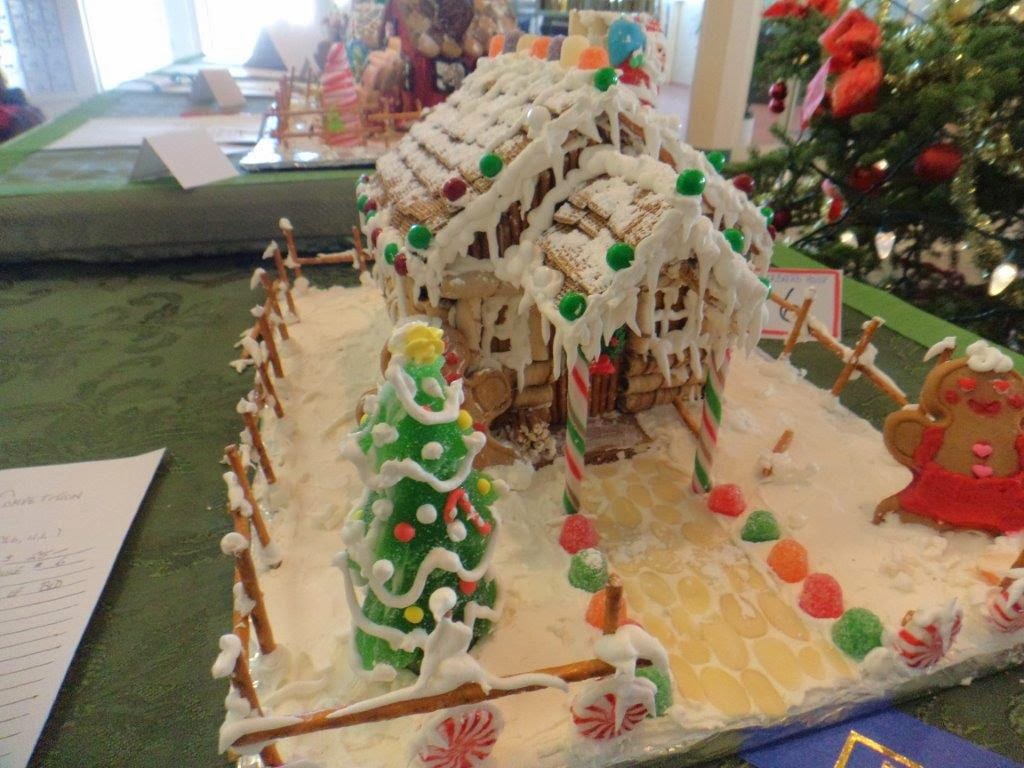 On day 4 I had to go to work and make sure we all got paid. Once I was there I decided it'd be a good idea to do some power shopping during lunch hour. Groceries plus gifts. In under an hour. I needed a nap, but I had to go back to the office. My colleagues had to take over for me the whole week already. One techie even wrote addresses on envelopes for the Christmas cards!

Office party / cocktails at 5pm, then off to the village Christmas market. Local businesses offered food and crafts, and Colin was on sales duty with his daycare friends. He could hardly see what was going on beyond the booth counter, but his eyes were bright, and his cheeks red!

By the time we had some risotto and waffles, I was more than ready to go home and call it a night! 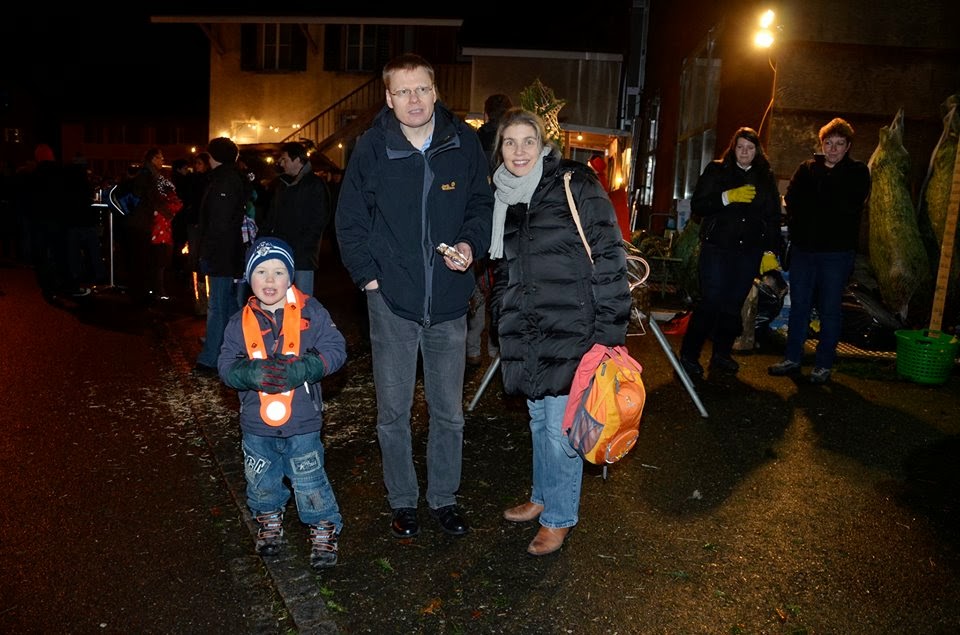 While we were sleeping, our dear Elf "Cookie" did something wonderful and brought a miniature fake Christmas tree, decorated it with light strings and some candy ornament but nothing else - because she KNEW that it was going to be Colin's turn for the advent calendar. And that he was going to get Disney Cars ornaments which he hung on the tree first thing in the morning. 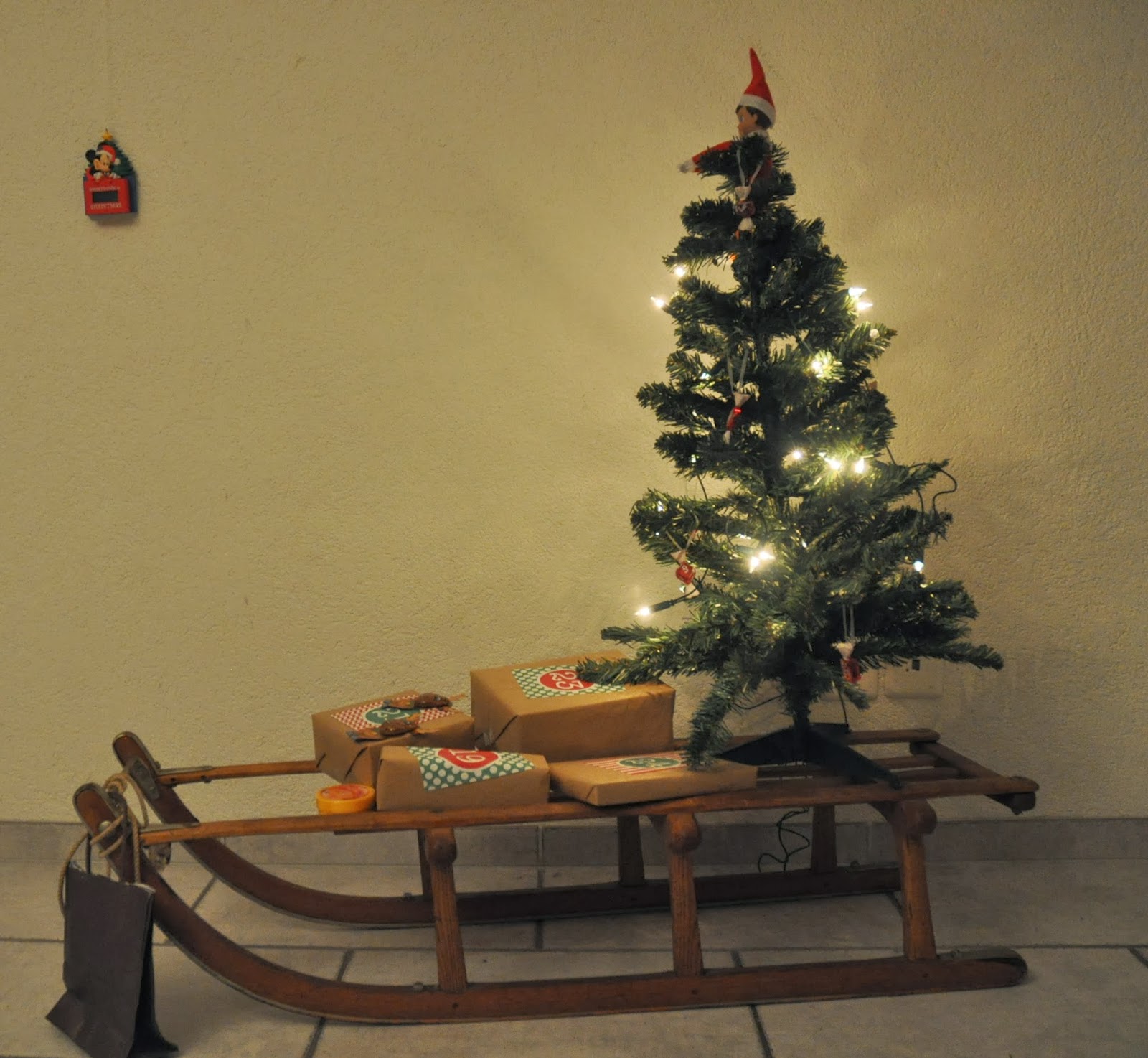 Happy Christmas to all - and to all a good night!