February 13, 2014
People, it's Valentine's Day tomorrow. Meg and Tom make great movies. And the Seahawks recently won the Superbowl. But that's not what I am going to tell you about. In February 2004, yes, that's 10 years ago, I spent some time in Seattle as part of my orientation with Starbucks  where I was going to have my most demanding and most fulfilling job as soon as I'd get back from the honeymoon immersion program.

And if I was sleepless - and I was - it was from excitement and caffeine intake! 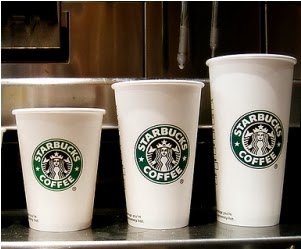 We were a group of international executives - mostly European, but also guys from Chile or Hong Kong - and we were supposed to increase our  knowledge about coffee and our job as such, build a network, but most importantly soak up the corporate culture and implant it into our organization back home. Back then SBUX was only beginning to grow internationally. When I joined my market, there were about a dozen stores in Switzerland and a handful in Austria. 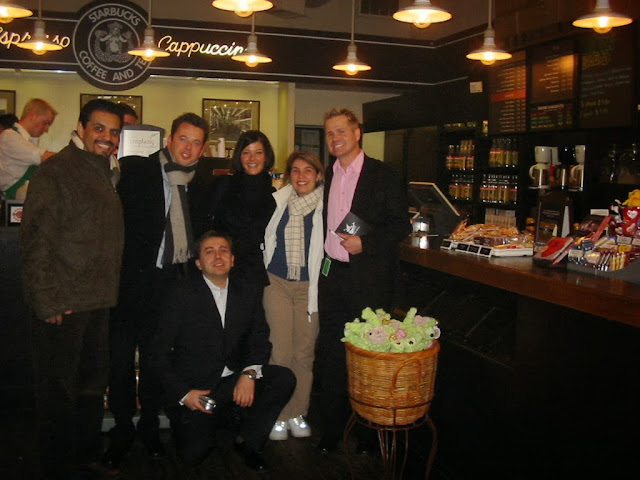 It was an unforgettable experience, a combination of camp, field trip, office party, shopping spree and just having coffee with new friends. A lot of coffee and a lot of friends! I saw some of them again when we attended international leadership conferences the following years. With others I am connected via FB or LinkedIn, and  if any of them would advise me of an upcoming trip to Switzerland I would pick them up at the airport and show them a good time around here.

We also had an opportunity to meet Howard Schultz. At the time he hadn't been involved in the operational business anymore, but he made time to talk to us and answer our questions. Most of us newbies had read his book and thought we "knew" him. 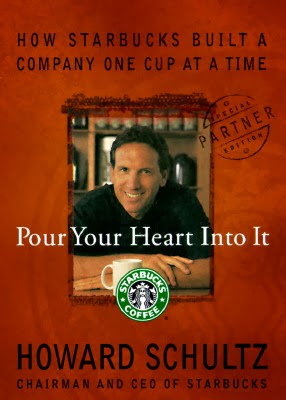 We were surprised to meet a regular guy, almost shy. Forget about him owning the Sonics or a private jet, he is one down-to-earth guy! If I had to take away just one thing from that encounter it'd be to "do the right thing". In business, in your private life, listen to your core values and let them guide you.

I would learn later that the Mission Statement within SBUX was so much more than a framed piece of paper displayed at the reception desk. The fact that people lived and breathed it made it a fantastic place to work for.


For several days we were showed around at places like the coffee roasting plant, taken to several stores to visit, including "Pike Place Market" the first Starbucks store which still features the original logo and of course led through countless coffee tastings. 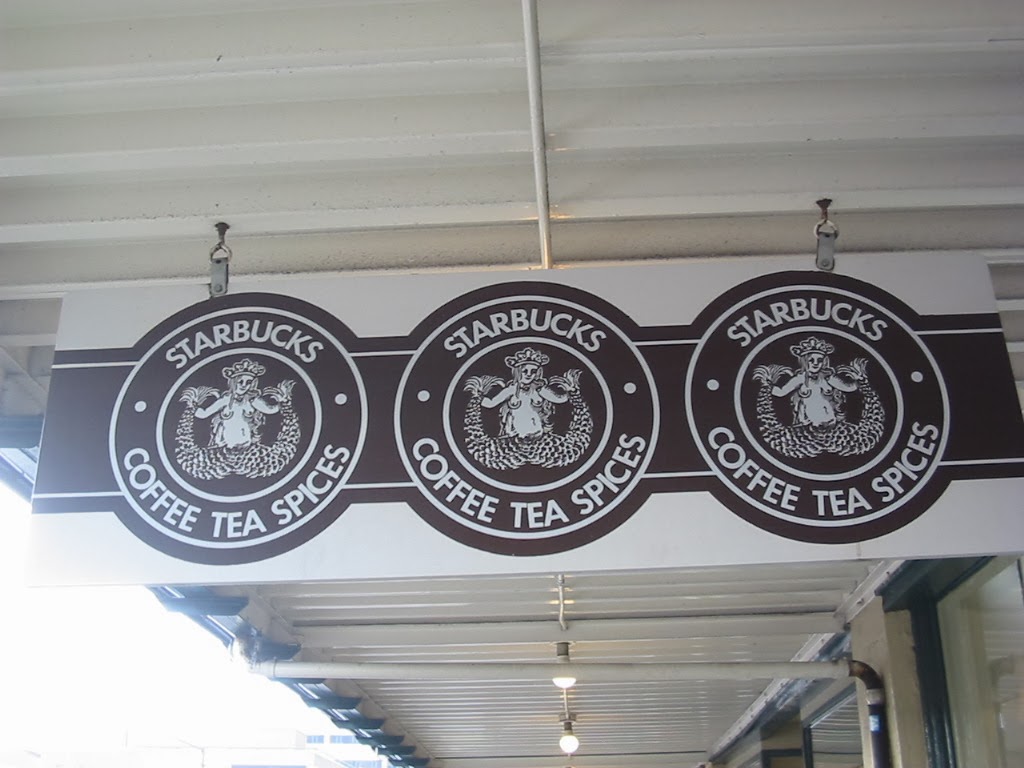 I can't believe I forgot the name of the legendary ponytail guy at the roasting plant. He had been around forever and finished every third sentence with "that's our commitment to quality". I do, however, remember that Guatemala Antigua was his favorite coffee.

Our favorite beverages would soon become our distinctive mark, and we would learn how to mark the cups and call the drinks with all the attributes in the right order.

Cup - Customers may request a ceramic “for here” cup, or take a drink “to-go” in their own travel mug
Iced - Is your drink hot or cold? Say this first so your barista can grab the right cup.
Size - What size drink do you want? The sizes are Short (8 oz.), Tall (12 oz.), Grande (16 oz.), Venti (20 oz. for hot and 24 oz. for iced)
Decaf - Do you want decaf? If so, then say this next.
Shots - How many shots of espresso do you want in your drink? All Lattes, Cappuccinos, and Macchiatos have the following shots:
If you want more or less shots than what the drink comes with, specify it here.
Syrup - Do you want a flavored drink? Here are the main syrups: Vanilla, Hazelnut, Mocha, White Chocolate Mocha, Cinnamon Dolce, Toffee Nut, Raspberry, Classic, Peppermint, Caramel and Chai. Sugar Free: Vanilla, Hazelnut, Cinnamon Dolce and Caramel. There are also seasonal syrups so check the menu ahead of time to see if there are anymore choices.
Milk - What kind of milk do you want? Whole, 2%, Nonfat and Soy are your choices.
Custom - If there’s something else you’d like to specify say it here. Examples: No Whip, 180 degrees, No water.
Drink - What kind of drink do you want? (Examples: Latte, Mocha, Cappuccino, Macchiato, Americano, Hot Chocolate, Frappuccino, Tea, Coffee)

“I’ll have a tall, decaf Cappuccino"

I had the hardest time with the recipes when they actually let me make drinks. Yes, I was a Barista in training at the Queen Anne store!

The guys were very patient and kept showing and telling me how it's done. When I told them I was going to have an office job they let me alone and were happy to observe how I connected with the customers and recognized the regulars on the second and third day.

The colleagues at the support center took care of briefing me for my corporate responsibilities. As instructional the performance review process, the HR matrix, labor cost budgeting and other topics were - I enjoyed meeting the nice individuals and was most impressed about the fact that there was a real Starbucks store just in the lobby of the building!

A word regarding the "fact" that it's always raining in Seattle: Maybe I am just a lucky person, but whether I was there in February, May or September, I saw more blue skies than drizzle!
I can't believe it's been 10 years. Of the 10 I have been gone 5. They call it "promoted to customer". And still SBUX feels like family!

OK, hit me! What's your favorite beverage, did you have to wait too long in line the other day, do you miss a certain pastry item? I can't help you, but you can tell me anyway ;-)