March 17, 2014
Last year I was so on top of all things holidays… Doing leprechaun crafts, painting our very own rainbow and celebrating in style with fancy food.

This year? Not only does Colin spend more time in Kindergarten and we can't just do stuff together all the time, but I also felt like I was out of ideas and energy.

I had to force myself to get those boxes from the attic and do some decorating on Saturday. At least I had boxes with stuff from the previous year(s)!! Plus my mom was over and told Colin and his girlfriends a story so I had some time to set everything up. 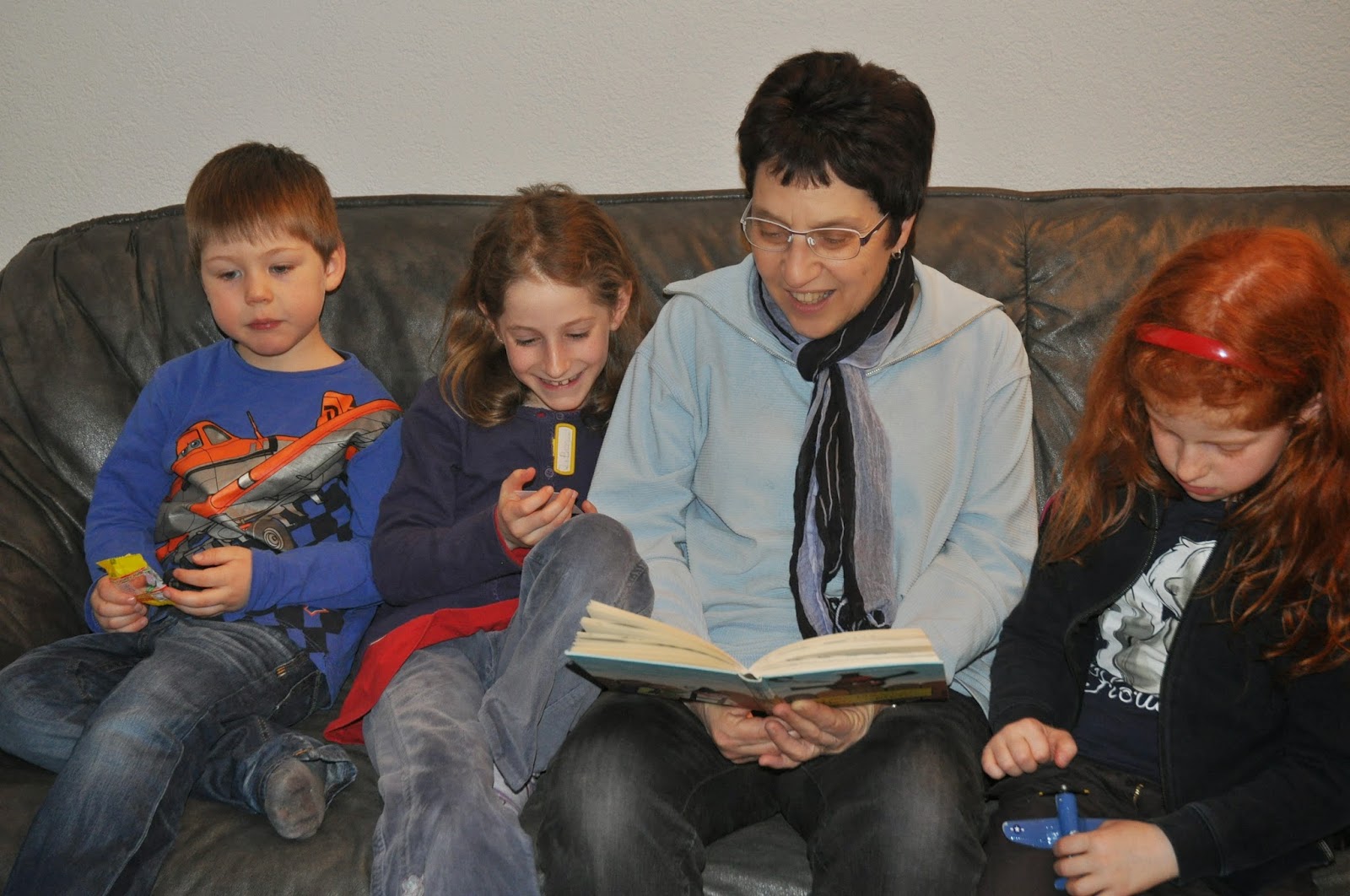 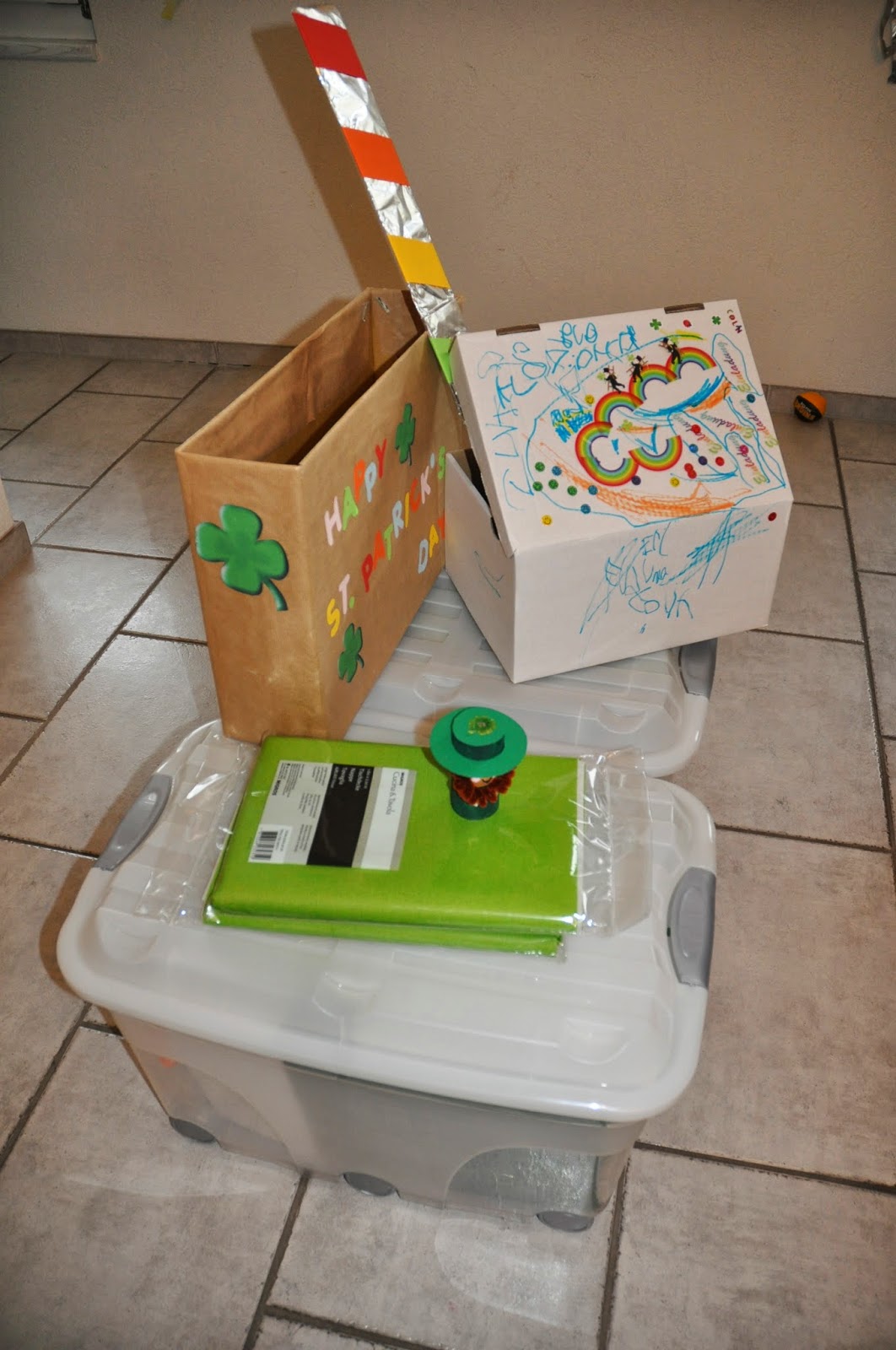 Sunday we had visitors with six legs in total, and it got late. We totally forgot to set the leprechaun trap. Also I had absolutely no ideas what pranks they could pull. I had used up all my aces. 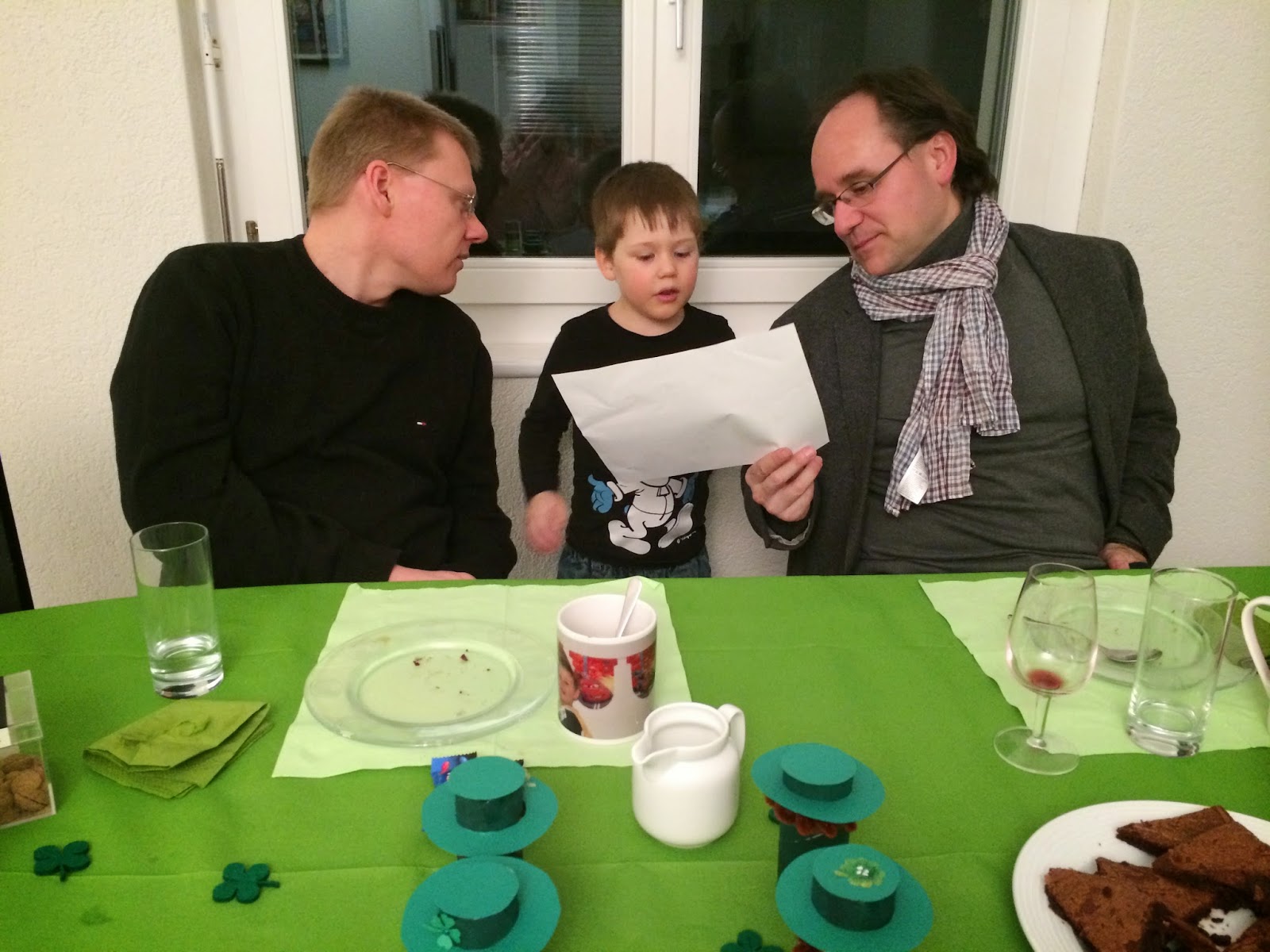 When Colin went to school this morning, I made at least a "dress" for Valentine Barbie and wrapped a couple of things in green. I hid everything and was going to position them tonight. Then I had to go and make lunch. We had my old friend, Christine from Seattle, over. Did she want a cheese fondue? Raclette? Some other typical Swiss food? No! She asked for fish sticks! C came home, kicked his shoes off and said

There was horror in his voice and tears in his eyes.
Sh**!!!
Bad Mom Moment.

"Maybe they were here and couldn't see any gold, so the left again. But I am sure they will give it another try tonight!"
"What if they do-o-o-on't?"

Now he was really crying. Crocodile tears and more. Inconsolable.

Where is Happy-go-Lucky when you need him? Come on now, I made brownies! At this very moment, I would have paid for a leprechaun visit!

Instead Christine arrived, and we had lunch. 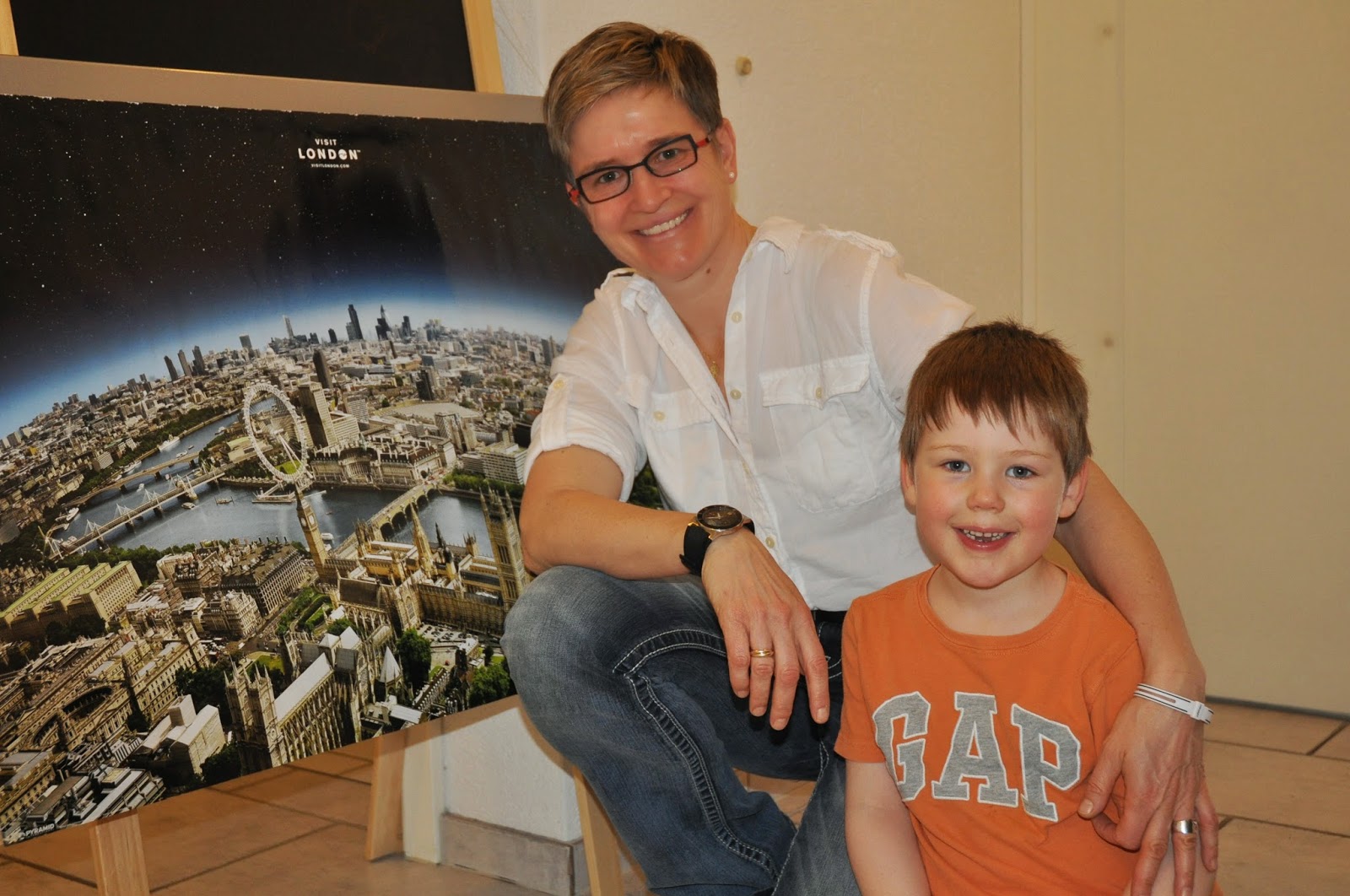 Today was a gorgeous spring day. Blue skies, 20°C = 68°F! We went outside with his bicycle. 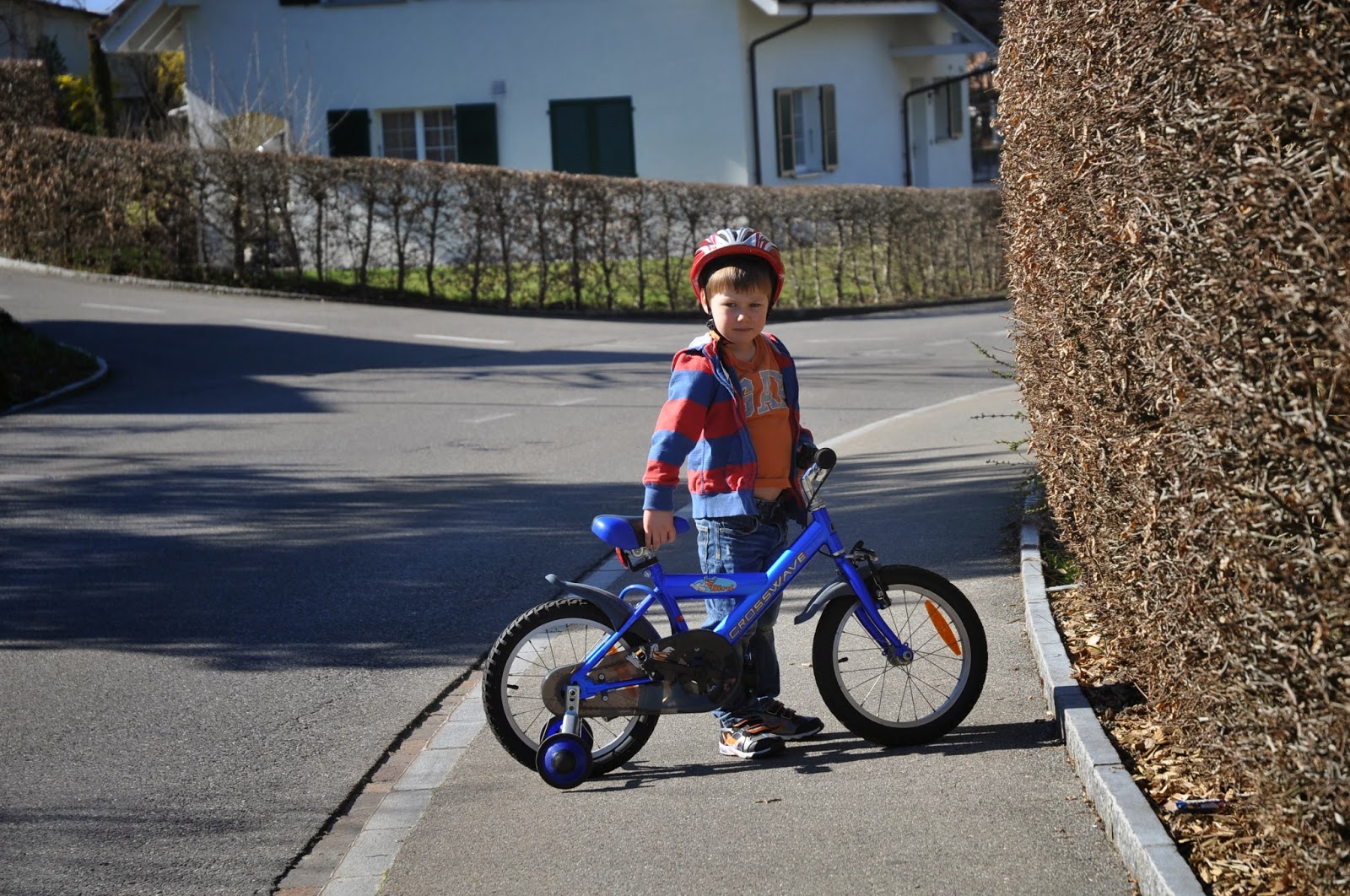 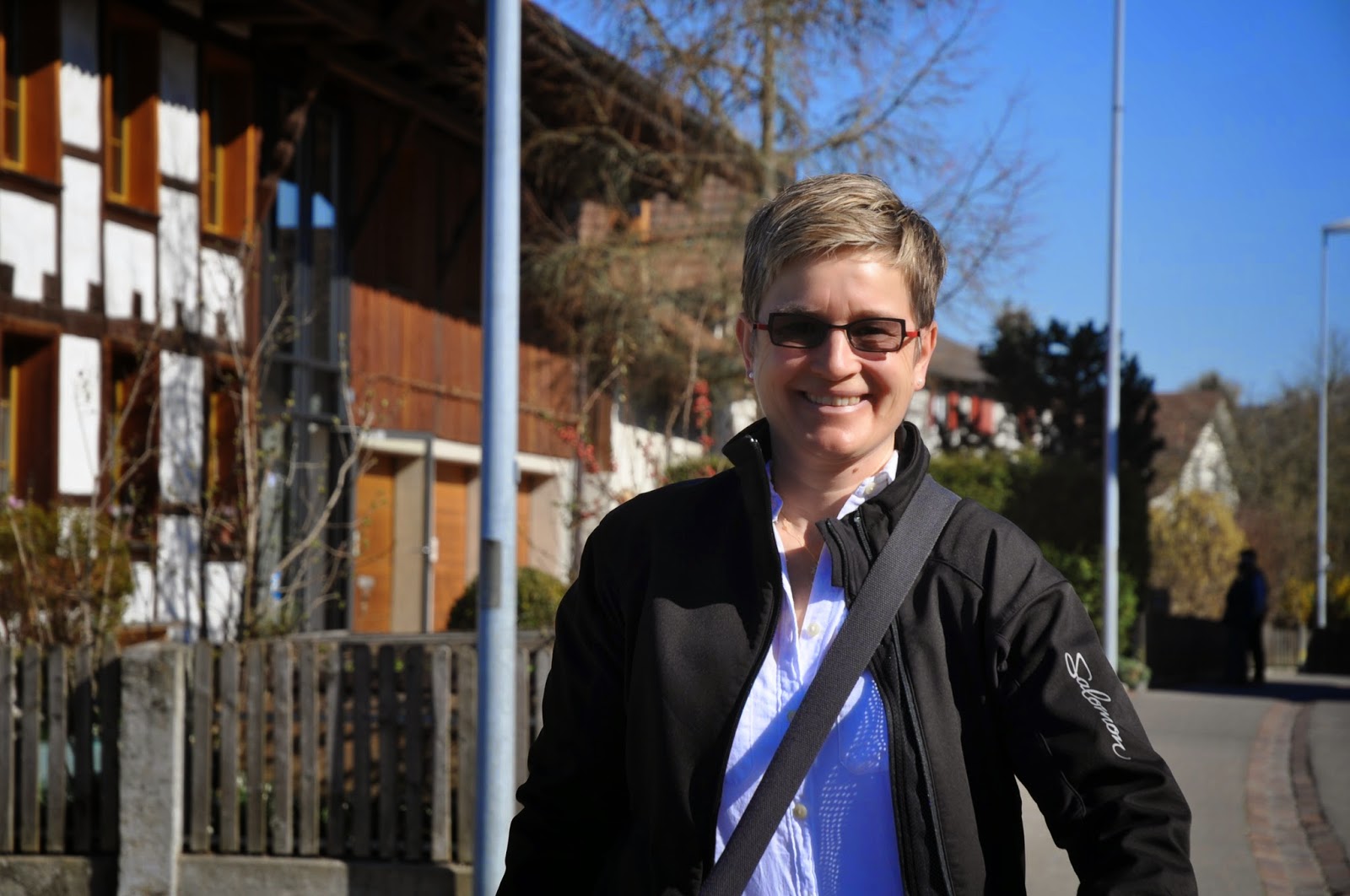 When she had to leave for her next visit, C stayed outside and played soccer with the neighbors' boy and some other (older) boys. They wore him out, he fell asleep nicely when the time came.
But for now it was time for me the leprechauns to get busy! Here's what they did before I had to make dinner:

Colin was delighted, and so was I. Those leprechauns did a fabulous job!