March 29, 2014
I love how one blogpost leads to a new prompt. Actually, a comment of a wonderful friend who read it. Thanks, E!

My ultimate (hour of) freedom… is kind of a buzzword. The carrot that I want to have, but never seem to be able to catch. 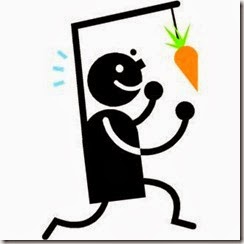 Just the other day I felt I was so very close. Worked till noon, had my laundry done the previous day, groceries shopping and other chores done as well, and with the hockey season over I didn't have to pick up Colin in the middle of the afternoon, sandwiches made, gym bag packed. 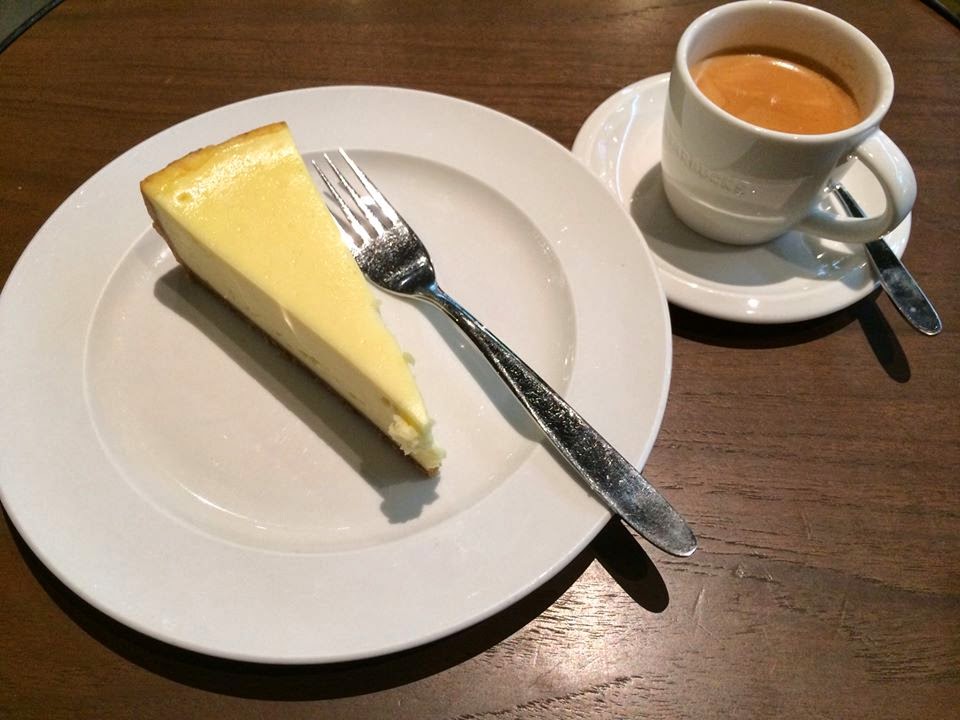 I sat at SBUX, notebook charged, connected to one hour of free Wi-Fi, typed a title and a couple of words… when in walked an old coworker / friend.

"Actually not so great…"

I'll get my hour. Next time! Right?

By the way, is it freedom from or freedom to? Both?

Back when there were no notebooks where your text could be saved, I wrote an essay on freedom. I was a college student, and I wrote with one of those fountain pens. Yes, it was in the last millennium.

Years later, I had moved apartments a couple of times, and I got sick of moving countless boxes that never got unpacked, I threw away all the old school stuff. That's why I don't have that freedom paper anymore, or the one where Jean-Jacques Rousseau and Jean-Paul Sartre overrode time and space and argued about coincidence and destiny. I would love to read that again.

Here is what I can remember writing:

It included the Eiffel Tower elevator scene, and how I wandered the streets of Paris all on my own, from Arc de Triomphe all the way down Champs-Elysées, until it was time to catch the Métro and get back to my group. 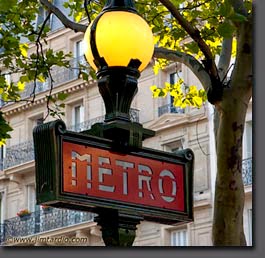 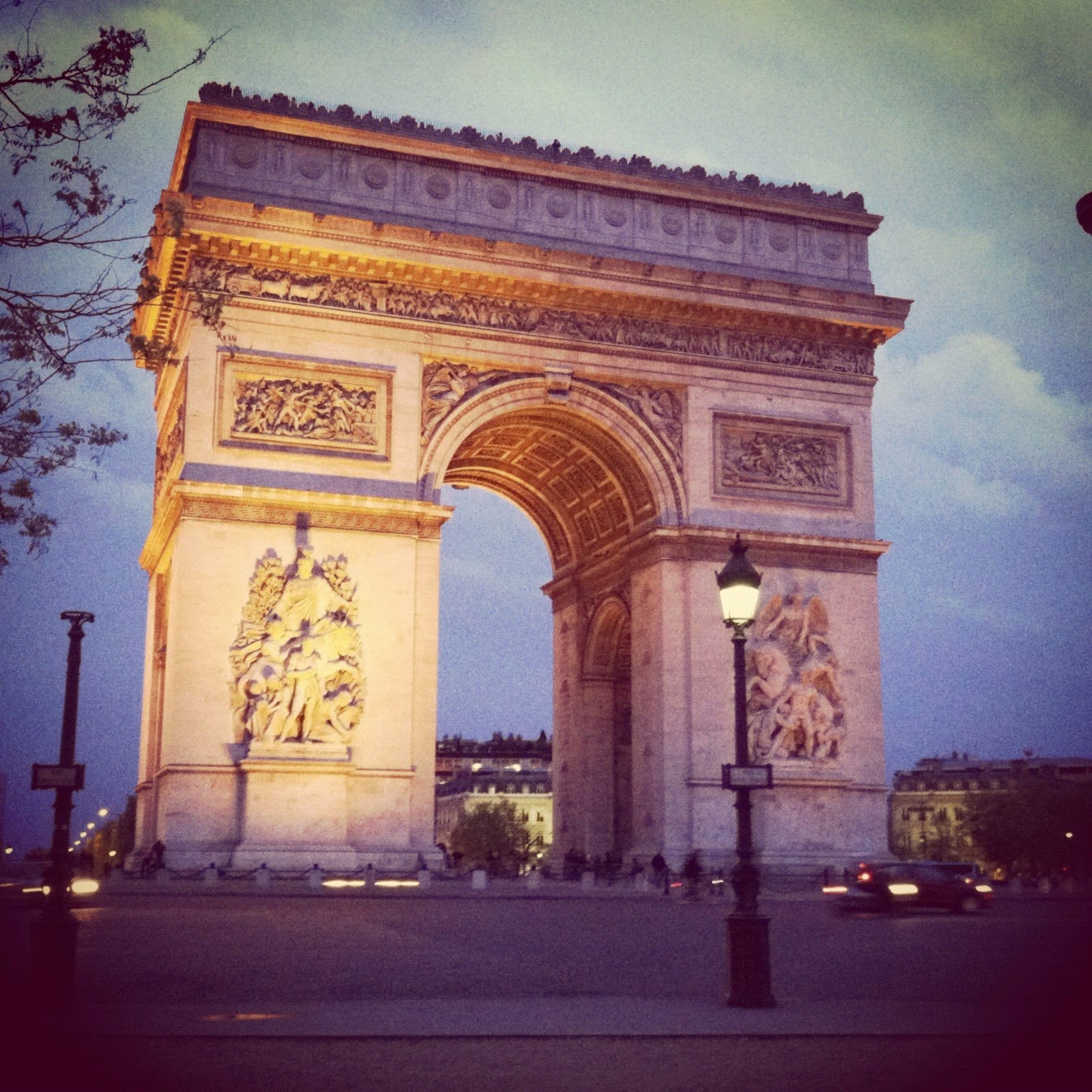 For some this might be a horror scenario. Being all by themselves in a foreign country where this impossible language is being spoken, the exchange rate is tricking you into thinking you're actually doing great, oh and those smelly bums in the underground stations making you feel awkward…

Why was this so liberating for me? I think it was about not having to follow other people's plans, schedules and rules.  Who was I kidding, dutiful person that I was, I made sure to be back in time for dinner, hoping that everybody would think I went places with the other group. It worked!

I am still proud of the 18 year old me, because as she was writing, it dawned on her... that in order for his jeep or motorbike to go places, he needed gasoline just like the rest of us!

As long as our credit card is not being declined, we can get all the gas we need, right? No? We depend on our own government's negotiation skills and the oil sheiks' goodwill? Dang! So if not us, then they have the ultimate freedom, they get to decide who to ship their barrels to? Right?

That's how far I took it back then. My professor liked it. Getting an A is kind of an ultimate success :-)

Today, let's go one step further… Isn't the oil sheiks' ultimate freedom constrained by religious rules? Think "no alcoholic beverages"! Take that, sheiks -  can't have it all!
(Should I state at this point that I have dear Muslim friends, so absolutely no disrespect is intended? I think i should. Just as when I half jokingly say I might get admitted. I know it's nothing to joke about.)

And this, my friends, is the moral of the story. It's sad:

There is no ultimate freedom! Especially the ultimate part of it.

Colin's school dedicated a special projects' week to opposites. Groups did activities on "sweet / savory", "indoors / outdoors", "courage / fear", you get the picture. He was in the "black / white" group, and they painted a Yin and Yang symbol. 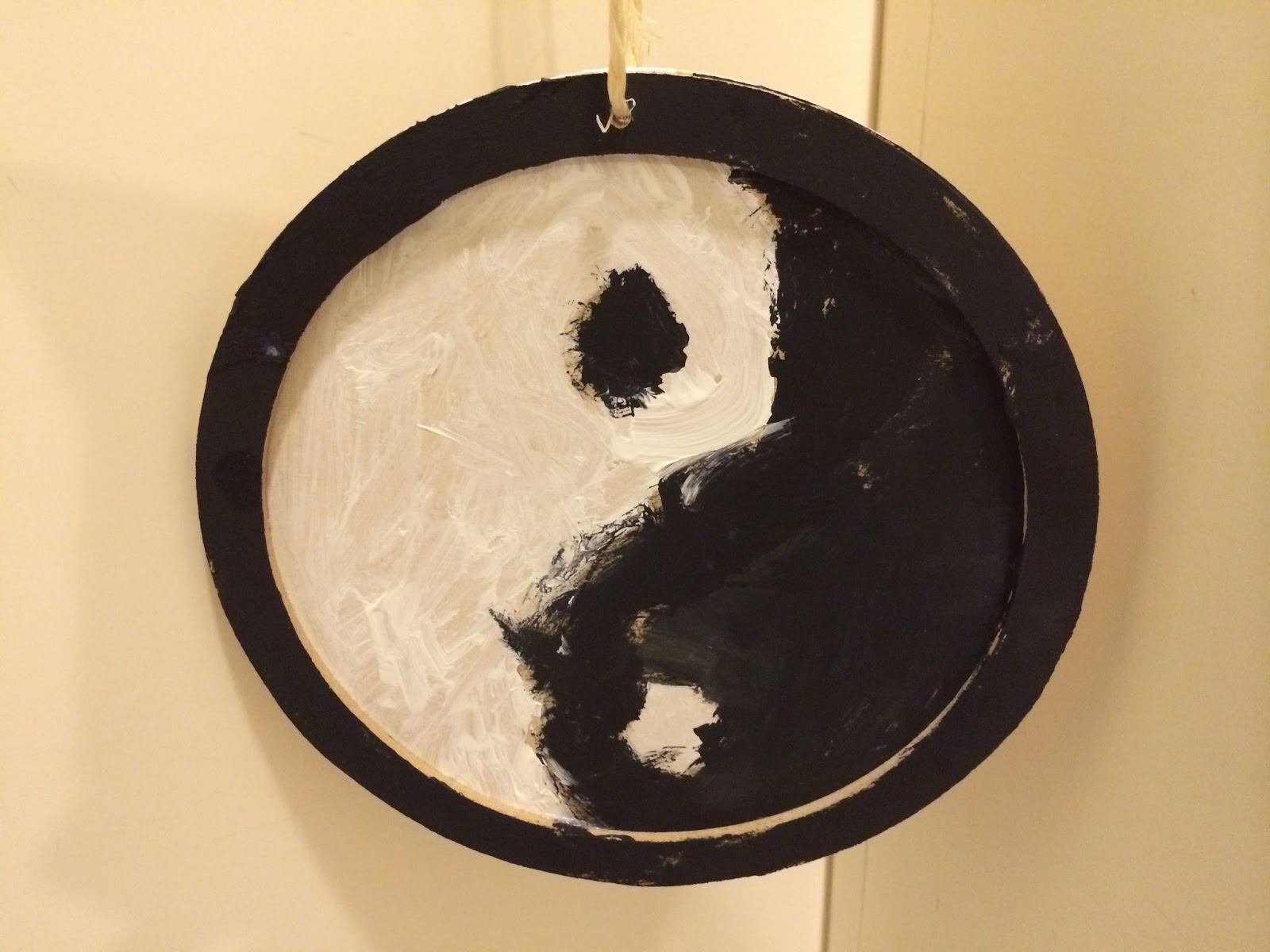 Even if, let's say, the black half, stands for freedom - the white dot prevents that freedom from being ultimate.

The good news? Just like Santa, perfect love or fat burning pills, there is the illusion of it!

And I want to encourage you to go for it!

I know that you are tired of the daily grind. Your workload is heavy, your boss demanding, your kids whiny, you don't have time to do what's important to you, your laundry basket is full, your car gas tank and fridge empty, and don't get me started on your bank account.I hear you!

Let's take a minute and remember the basis from which we strive to achieve that ultimate freedom: we do have a job, a family, interests to follow, clothes to wear, a car, we don't go hungry, and usually there's always that spare buck somewhere. We have it all, really, but maintaining all of our achievements and possessings stresses us out, and we get ungrateful and greedy.

Maybe having less would give us more freedom? You may have heard the story of the fisherman and the rich guy. It's pasted on the bottom of this post.

Last week I came across the #100HAPPYDAYS challenge, and I figured it was exactly what I needed to do: noticing the little things. By taking pictures and posting, they become important. Just by looking through a week's worth of little things, I've come to realize, I am pretty darn lucky, and my every day life is full of little freedoms!

And maybe, the sum of 100 little freedoms add up to an almost ultimate freedom? I will let you know by July 1st - that's when my 100 days are over. I may be gone fishin' by then... 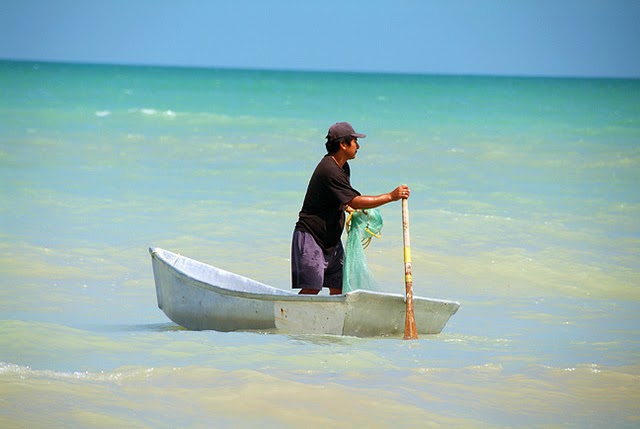 An American investment banker was at the pier of a small coastal Mexican village when a small boat with just one fisherman docked.  Inside the small boat were several large yellowfin tuna.  The American complimented the Mexican on the quality of his fish and asked how long it took to catch them.
The Mexican replied, “only a little while". The American then asked why didn’t he stay out longer and catch more fish? The Mexican said he had enough to support his family’s immediate needs. The American then asked, “but what do you do with the rest of your time?”
The Mexican fisherman said, “I sleep late, fish a little, play with my children, take siestas with my wife, Maria, stroll into the village each evening where I sip wine, and play guitar with my amigos.  I have a full and busy life.” The American scoffed, “I am a Harvard MBA and could help you. You should spend more time fishing and with the proceeds, buy a bigger boat. With the proceeds from the bigger boat, you could buy several boats, eventually you would have a fleet of fishing boats. Instead of selling your catch to a middleman you would sell directly to the processor, eventually opening your own cannery. You would control the product, processing, and distribution. You would need to leave this small coastal fishing village and move to Mexico City, then LA and eventually New York City, where you will run your expanding enterprise.”
The Mexican fisherman asked, “But, how long will this all take?”
To which the American replied, “15 – 20 years.”
“But what then?” Asked the Mexican.
The American laughed and said, “That’s the best part.  When the time is right you would announce an IPO and sell your company stock to the public and become very rich, you would make millions!”
“Millions – then what?”
The American said, “Then you would retire.  Move to a small coastal fishing village where you would sleep late, fish a little, play with your kids, take siestas with your wife, stroll to the village in the evenings where you could sip wine and play your guitar with your amigos.”