Road trip across the Röstigraben

April 17, 2014
This morning I picked up a very tired young man from his sleepover he enjoyed at daycare. They made colored popcorn and "blood drinks", watched Rio, had a blast and didn't get much sleep. A full success in the kids' eyes! One of the ladies looked very, very tired, poor girl! Myself, on the other hand, got about 7 straight hours of uninterrupted sleep, yay!

As we walked home I knew I had to do something so he could get some sleep. After all tonight he is gonna wanna watch the playoffs. A nap is out of question of course. Way to uncool. Usually he falls asleep in the car, though. When he is really tired. Ha!

"Hey C, Daddy's not coming home for lunch today, he's meeting with a vendor, so we could take a day trip, what do you think?"

"No, we have a full day! We can go someplace that I usually say we don't have enough time!" (Think "zoo")

"Yes, for example. Any other ideas?"

"Now that's too far, and I would never take my car to Paris, I would not want to drive in that city!"

OK, so we are on our way to Lausanne.

As we drive, I think to myself that this may not be such an awesome idea. After all it is Thursday before the long Easter weekend. By 4pm, half of the Swiss population would be on the road. Not necessarily on this one, but still.

Google "Stau am Gotthard" and you'll get lots of pictures like this: 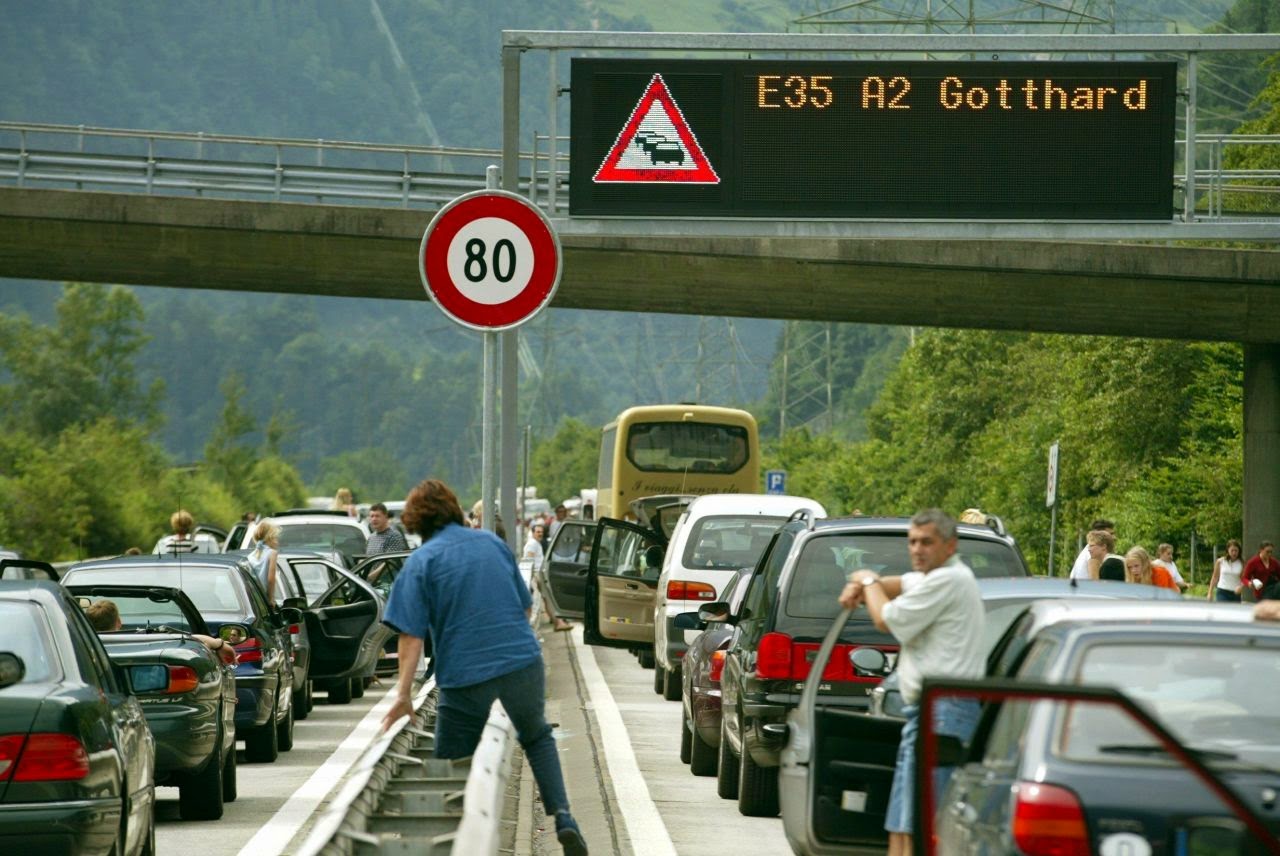 "Stau" means traffic jam. And Gotthard is the tunnel you need to drive through in order to get to the Southern part of Switzerland or Italy. Easter weekend usually means up to 24km = 15mi of traffic jam. No fun.

It's all about the experience.

And as I said, we were not going in that direction. We were headed to the French part of Switzerland and therefore crossing the "Röstigraben". What's that? 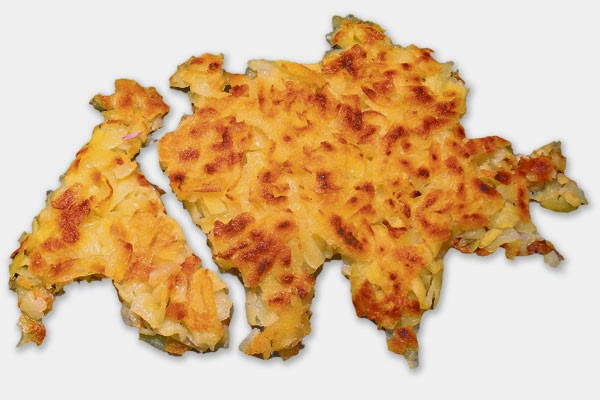 Literally it means hash brown ditch, and I can't believe there's a contribution on Wikipedia! We commonly use the expression to point out the language gap. In the larger part (66%) of Switzerland we speak Swiss German. The Western part on the hash brown map is the French speaking part of Switzerland, about 23%. And of course it's not just a question of language, but also of culture. Röstigraben also stands for differences in political voting's. But those are bogus.

Fact is that the French part is a minority. Many Swiss companies have their HQs in the German Part and branch offices in the French part. Meetings are being held in Zurich, and the language is either German or English. As the financial situation gets tighter, oftentimes it happens that unpopular measures have to be taken, and affiliates are being relocated and shut down. People get offered jobs at the HQ, but nobody is obviously ever going to accept it. Why would they wanna move to the German part? Working with the stuck-up bitches, no thanks.

What about the Italian speaking? Oh, don't worry about them. They are an even smaller minority (8%), and they know it, and they have accepted it. They speak German or French or both and never complain. Hey, they got all the pasta and vino to enjoy the good life!

The remaining 3% - for those who are counting - are split between Rhaeto-Romanic which is our fourth, and very neglected national language, and "the rest" like ex-yugoslav languages, spanish and portuguese.

That was your free class in Swiss languages. You may go and enjoy your recess.

So anyway… what did we do in Lausanne?


This is what Colin had in mind: 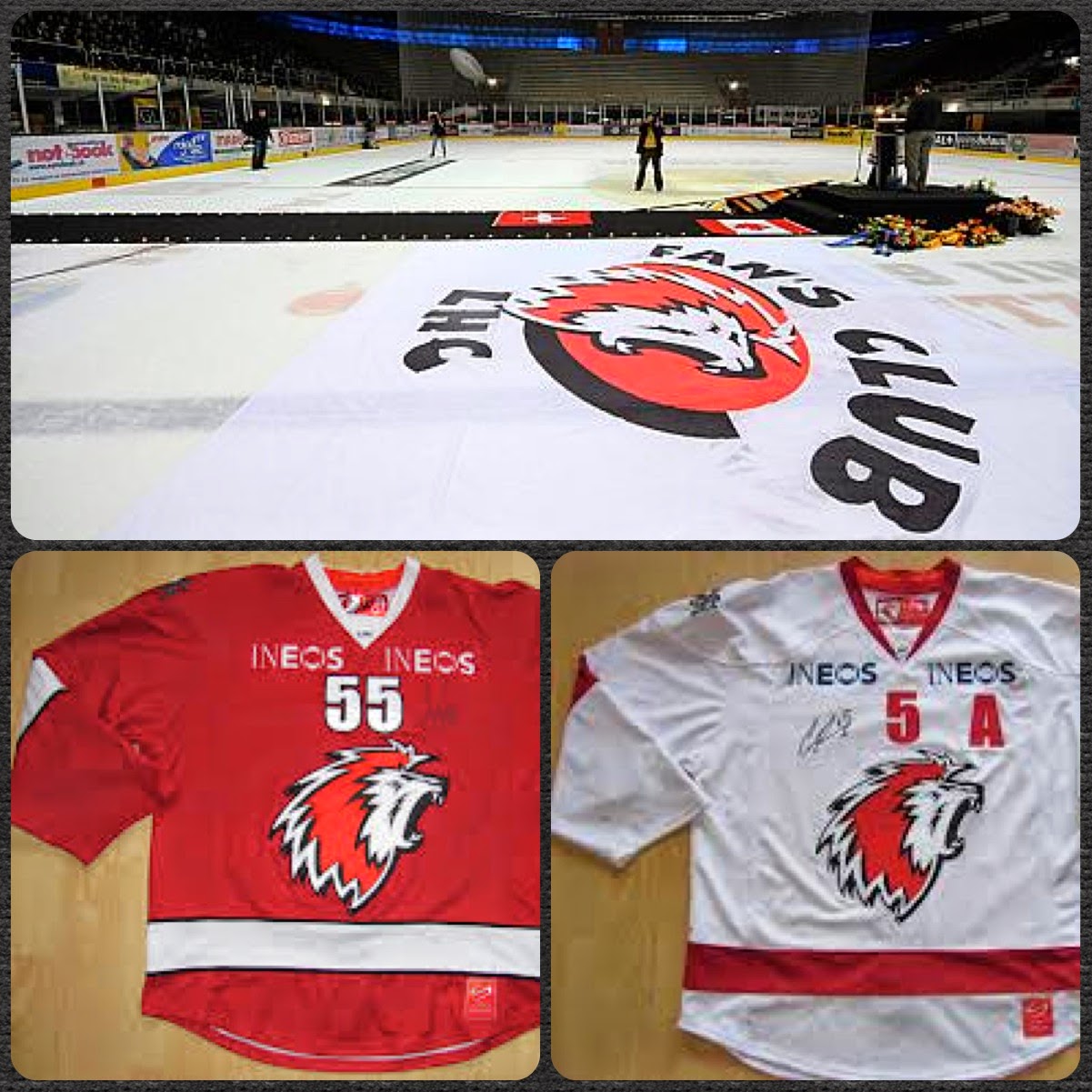 This is what I had in mind: 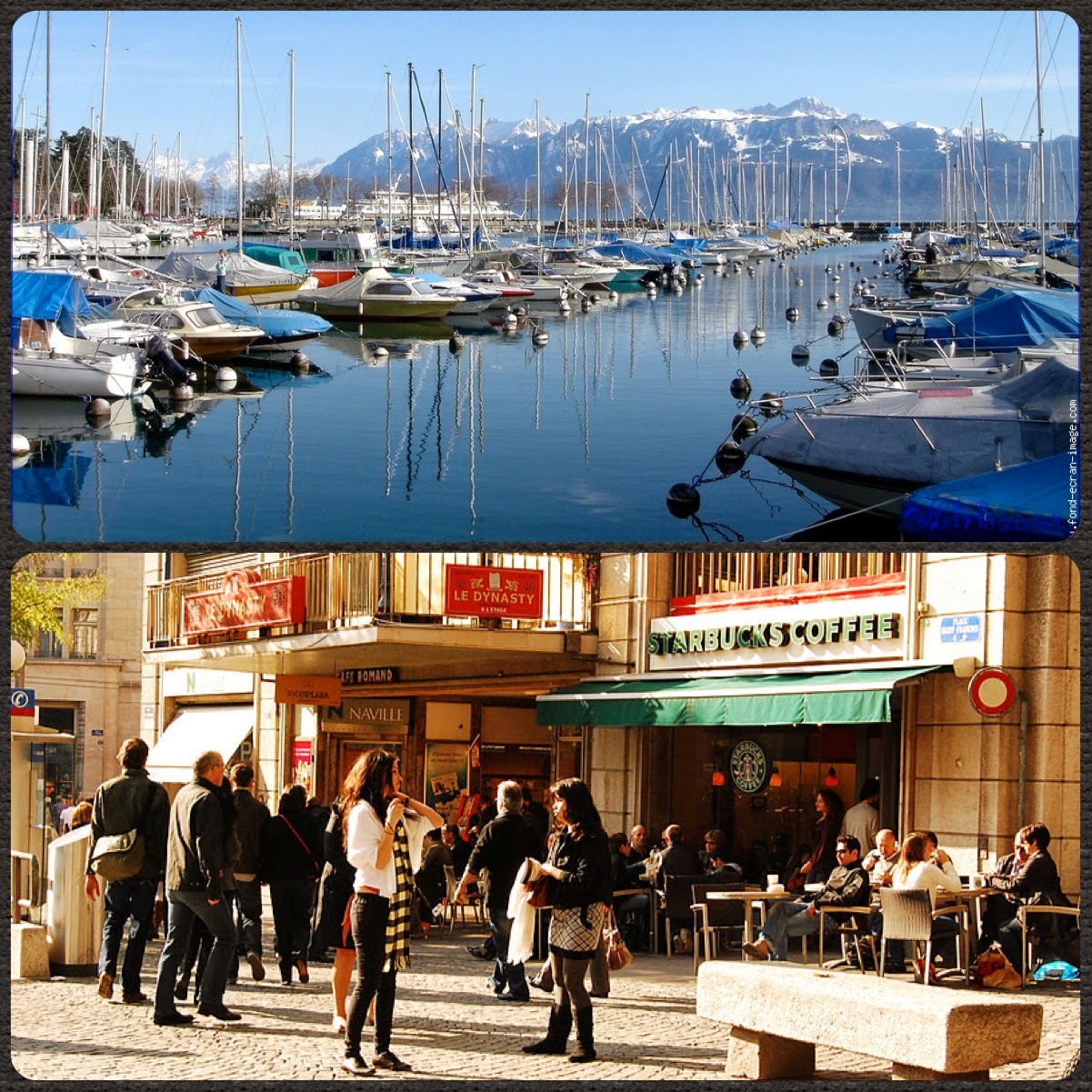 This is what we actually did:
A road trip is a journey taken on roads. Typically, road trips are long distances traveled by automobile. (Wikipedia)

But what is a road trip really?

Having a good time going someplace by car, stuffing your face with unhealthy food from the gas station and blaring really loud music!

PS: he slept for about 40 minutes! As I said. Success.