July 05, 2014
What's up with the daily #100HAPPYDAYS pictures you saw me and possibly other people post? Yes, past tense, I am done, and I am actually sad about it.

I came across this challenge on a rainy Sunday in March and thought this would be a fun way to become aware of the many small things in everyday life that add up to happiness. Without giving it much thought I committed to it. I didn't have anything to lose, (after all it wasn't about posting calories saved or miles jogged!) and even if I skipped a day, I was confident that I wouldn't get arrested by Facebook Police.

Flashback, give-or-take 25 years ago: College party, a group of people, some wasted, others designated drivers - were talking about life goals. For the majority of them it was all about career, money and what it can buy. Houses, cars, boats, you get the picture. Some girls mentioned having a family. When it was my turn I simply said "I want to be happy." One guy looked at me, half amused, half shocked by my naivety. "Happiness is not a goal, how will you even be able to confirm that you've achieved it? And how will you measure it?"

Too bad that in the late 1980s, nobody of us had ever heard of a hashtag, much less the concept of sharing parts of our life on the internet. Documenting a hundred consecutive days are certainly proof enough that I've achieved my goal! Coincidence or not, during the course of the 100 days, the guy who claimed that happiness was not a valid life goal, became my Facebook friend and may have seen my posts. What I don't know is: was he among the drinking bunch, having no recollection of that night whatsoever, or could he possibly remember?

Anyway. I took the time to put together a slide show. So without further ado, here are my 100 happy days, condensed into 5 minutes:

I realize there are lots of pictures featuring Colin. But there's other stuff, too. Let's take a Iook at what made me happy: 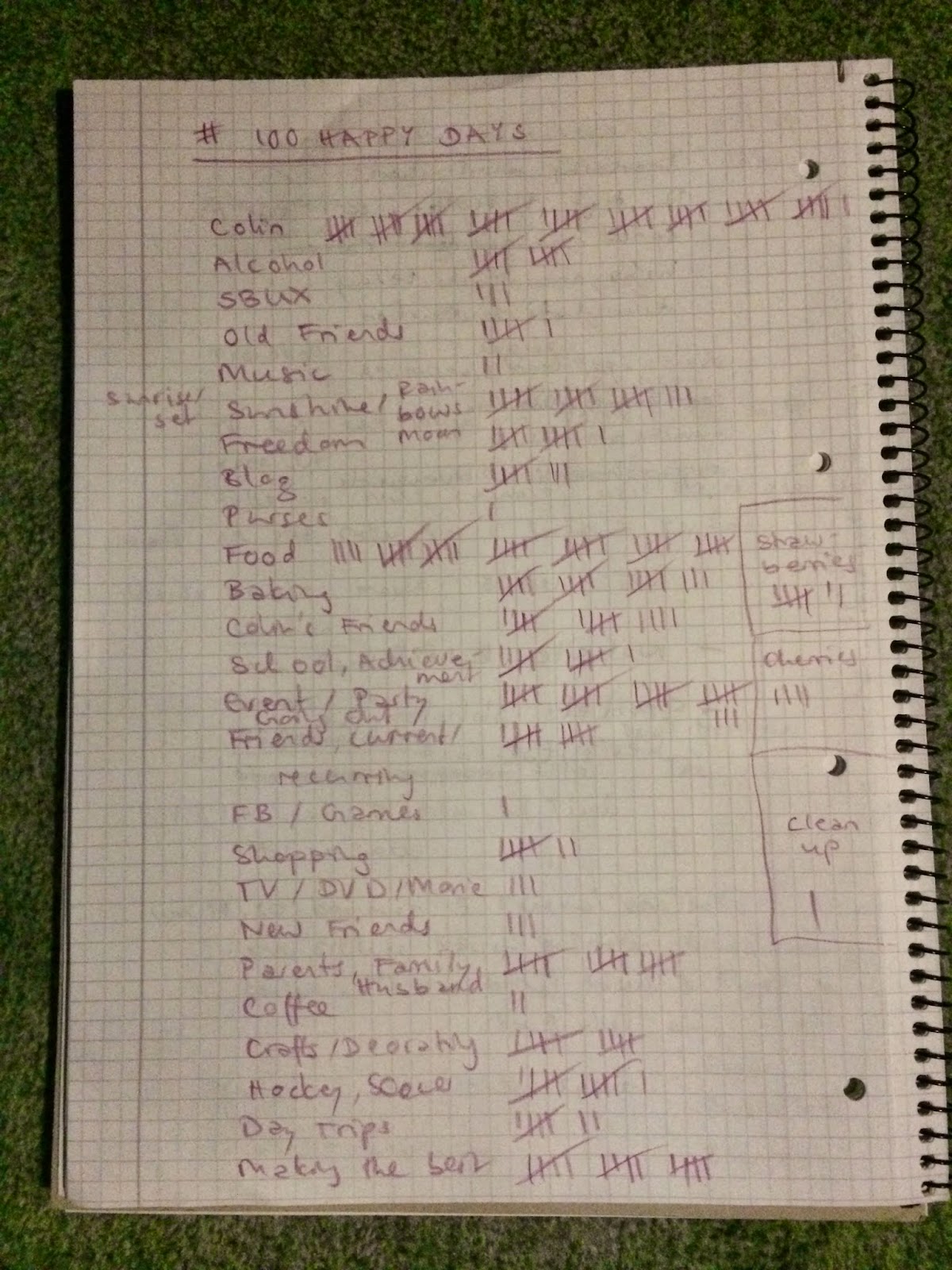 *What about this special category I created, "making the best of it"? It's code for "it wasn't the best of days cause there was poop involved, chocolate smeared bedding, a fight, dental work, I felt blue, bloated or bummed for some reason, or all of the above, but even on those days, something positive turned up!

On my first day of the #100HAPPYDAYS challenge, I made some yummy meatball spaghetti, took a picture of it and thought "if ever I desperately need something to post, I can always use this one." 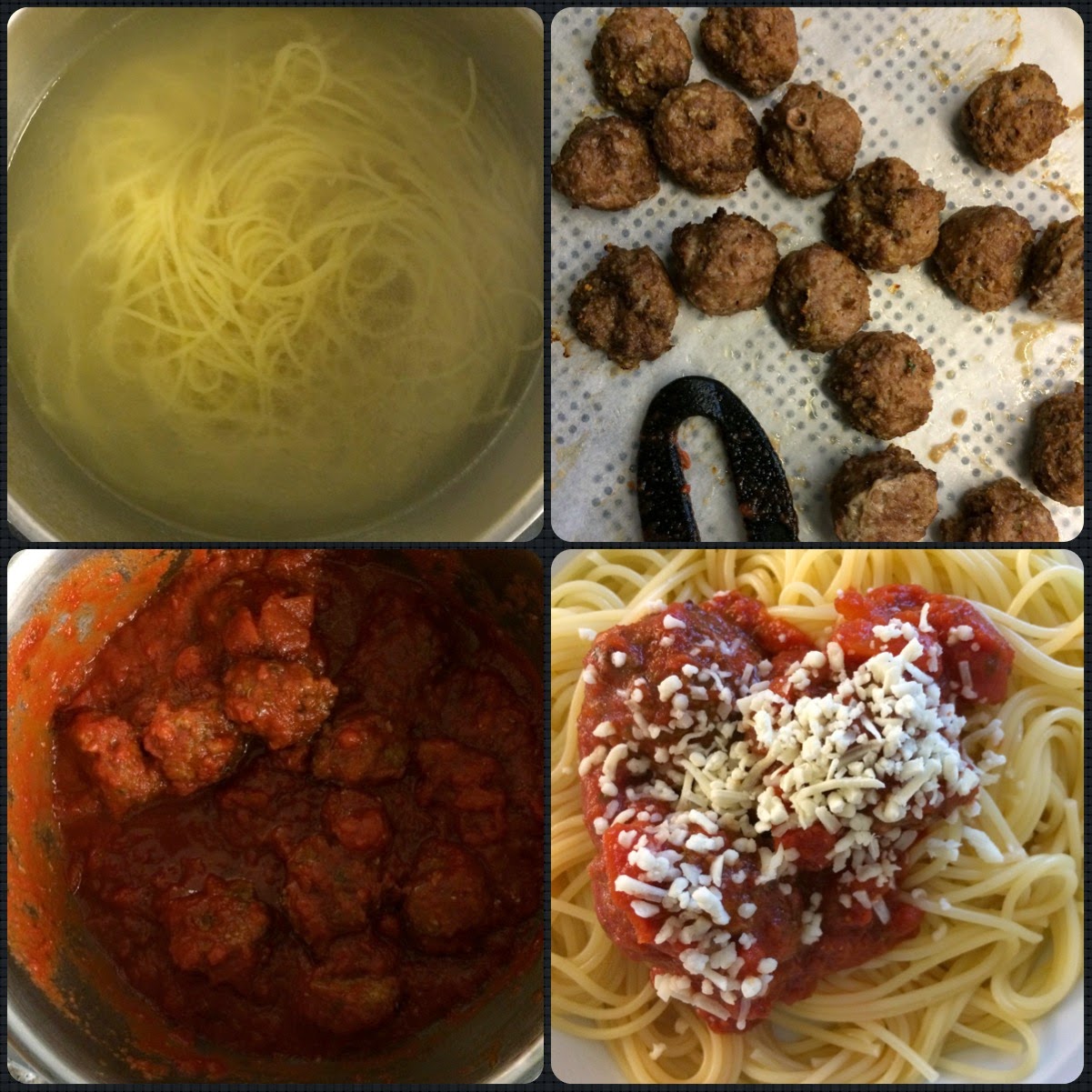 Guess what? No need to cheat. Even if there was the occasional not so great day, something nice always, always happened!

As an example there was the day I had a minor medical procedure done, and I felt really down, put my jammies on as soon as I got home, stuffed my face with Nutella and watched CSI NY. Chatting with my best FB friend, a text message from an old, and an e-mail from a new friend totally saved my day! And before I fell asleep I remembered that party from way back. "I was right. I just know!" I thought before dozing off.

I like to think of category no. 8 as the essence of happiness!

Considering that the #100HAPPYDAYS were supposed to be a challenge, to me it was a piece of cake. Not that I had won the lottery, met George Clooney for coffee or anything. Still! Let me comment on a couple of real icing on the cake posts:

Car appointment in the city for my bi-annual tyre change. C and I always use it for some quality time in Zurich, usually there are tram rides, toy store visits and donuts involved. The weather was nice, too, and frankly I had no idea where the time went. 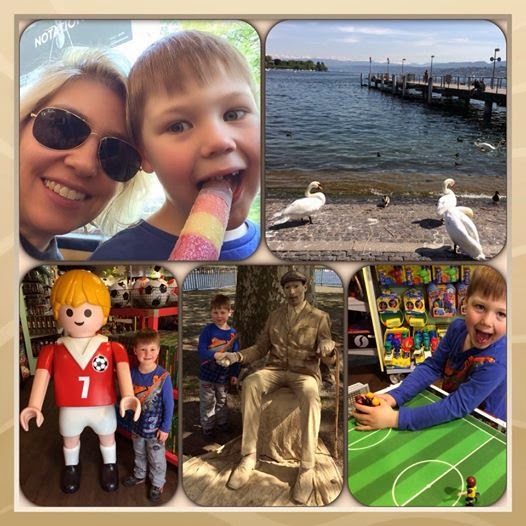 Finally on our way home, I realized it would be way too late to make my Cinco de Mayo dinner I had planned. Here's the quick & dirty healthy version. Only flaw - pointed out by the little guy - I messed up the Mexican flag, the cucumbers go on the left side. Never mind, hahahaha! 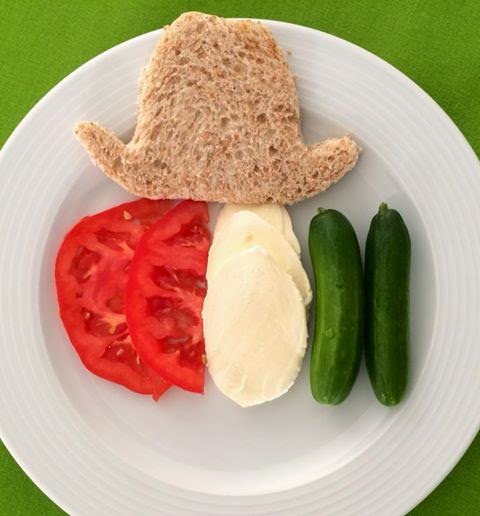 One day my husband sent me this video:

I'm sure you've watched it, too. Interviews with people who applied for "director of operations". He claimed that he had no idea what is was about until the end. And invited me to go out for a fancy dinner. Saturday morning at school. There was this special event for kindergarten kids and parents. On our way home Colin decided it was time for a playdate with Eric and Vincent, and Doris, their mother, agreed and told me to have a nice afternoon off, and to come and pick him up at 5pm, there would be cocktails! 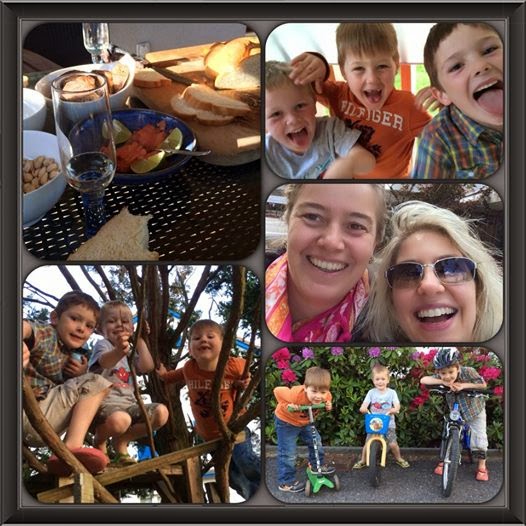 I brought a bottle and a home made Zopf bread, and the two of us sat down to catch up. We hadn't seen each other this year yet, unbelievable. 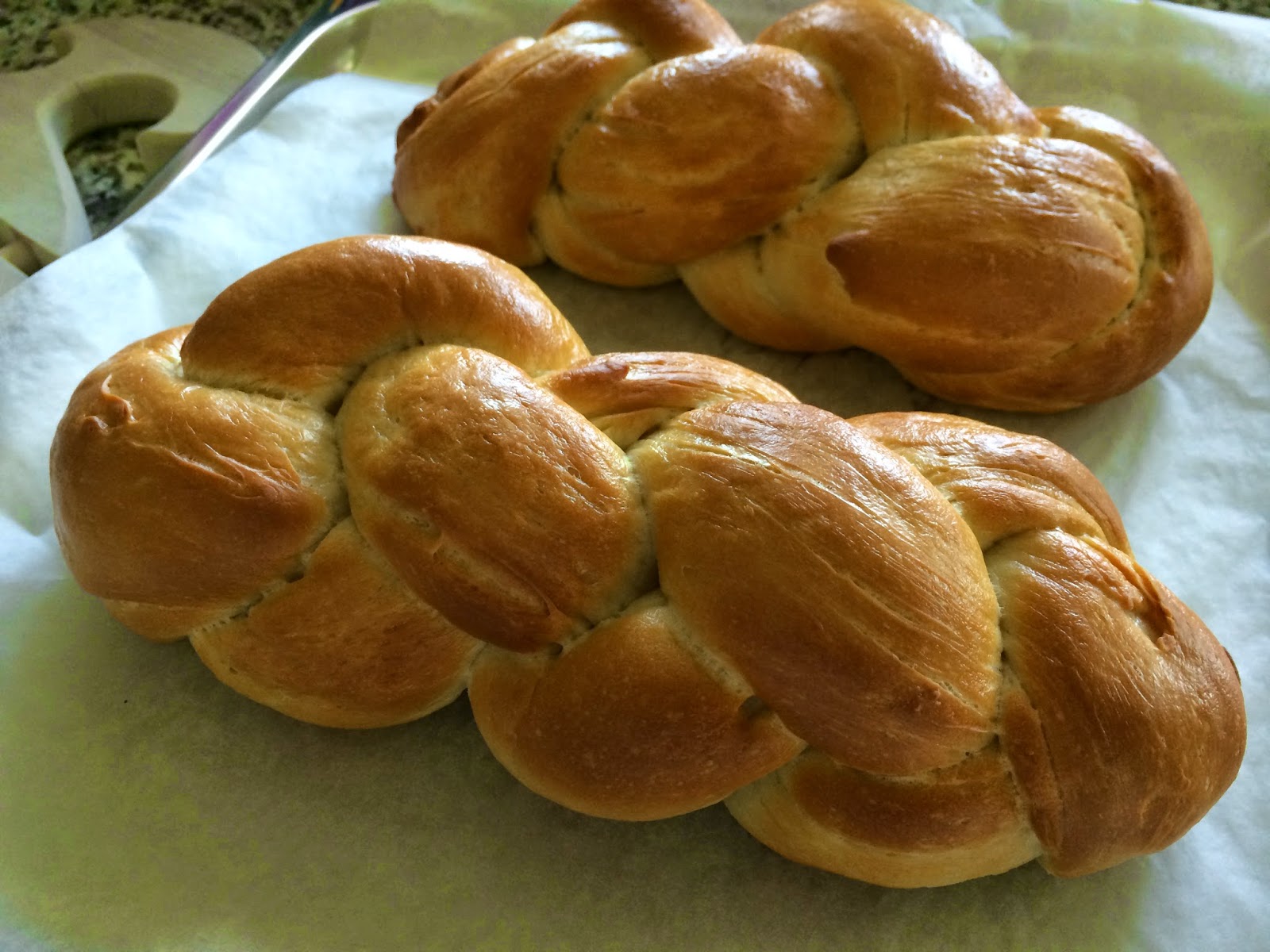 My bottle was soon empty, and the boys were running around having a blast, so we opened a second one at 6:30pm. I know this because I kept hubby informed by text messages. 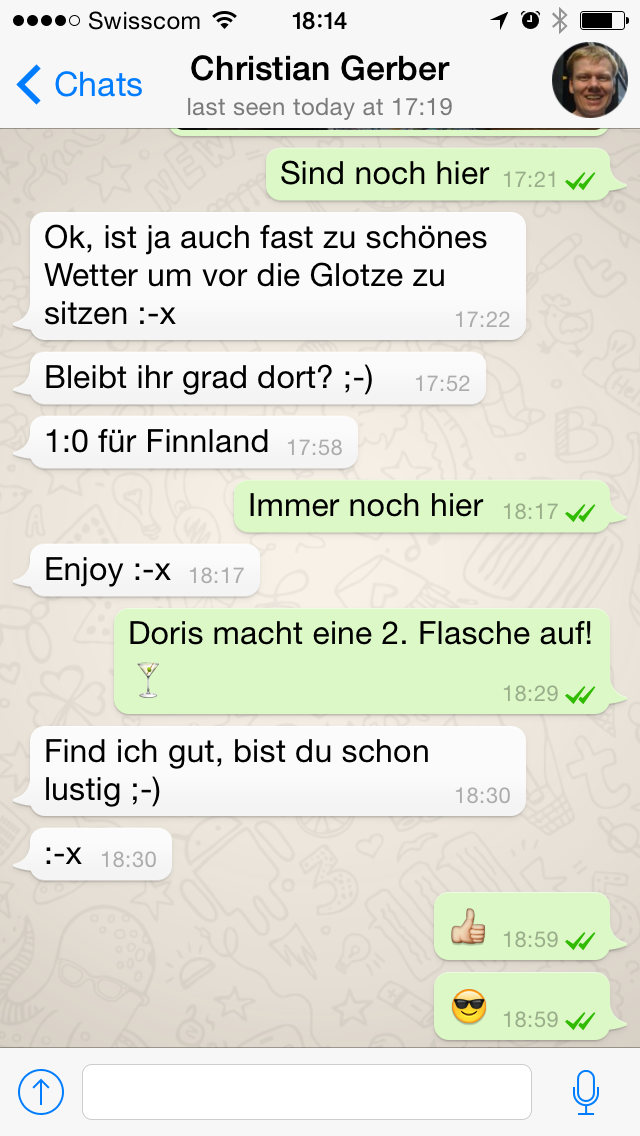 When the second bottle was almost empty, Andrew, her husband, joined, so we had to open another one. Hubby had gone straight home from work to watch hockey. After the game he joined us, bringing along the second Zopf.
"Picking up Colin" ended up to be an improvised dinner on their porch until it got dark.

#100HAPPYDAYS was a great time, and it went by quickly.

So what's next? People were asking about extending the challenge to #365HAPPYDAYS, and I kind of want to do a 365 days challenge. There's a FB group committed to de-clutter for an entire year.

Imagine the possibilities! My house could be spotless by Independence Day 2015!

Just - this ain't gonna be a piece of cake - this will require hard work!