September 23, 2014
Another year has gone by, and our boy turned 6 last week! He started talking about his party during summer vacation. The theme should include the following: 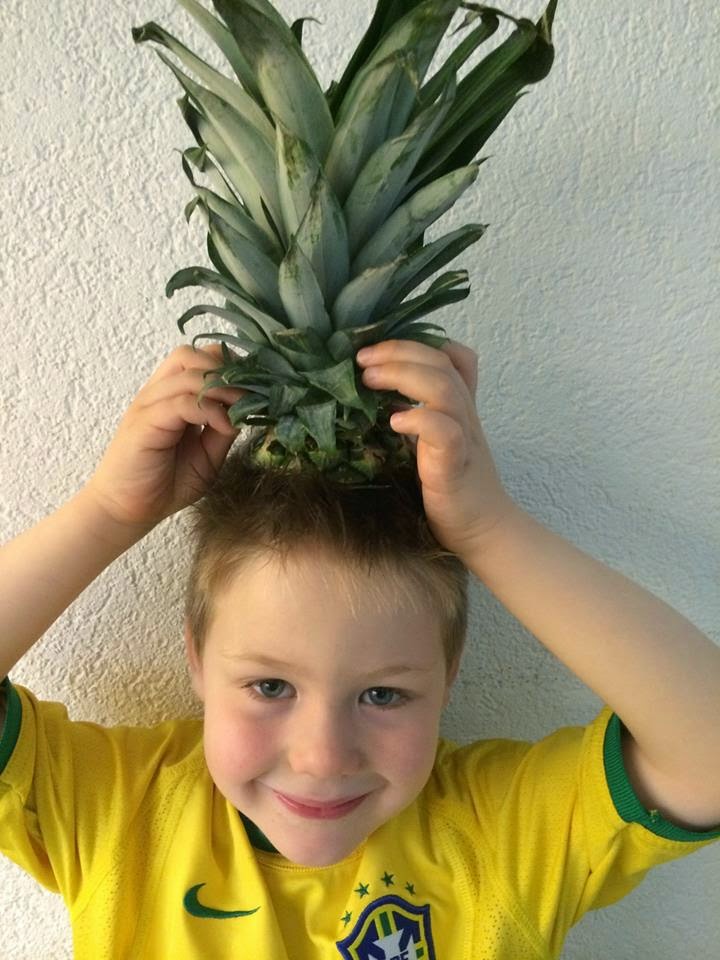 In my mind I could see our living room transforming into a tropical rainforest, complete with a miniature Amazon river, alligators and anacondas. Also I considered to celebrate in shifts.

It's a good thing I never shared those thoughts because I ran out of time, mainly because I had to work more to fill in for my colleague who went on vacation for two weeks in early September which basically cut into my entire party planning time.

Luckily Colin was busy with school, and he didn't request much. Just the opposite, he took the initative to call his friends and tell them to save the date, and he did it really well!

Then he went ahead and starred in his invitation movie.


As he wanted to meet his buddies on the soccer field we were anxious about the weather. Forecast wasn't looking too good, but we were really, really lucky, look at that blue sky! 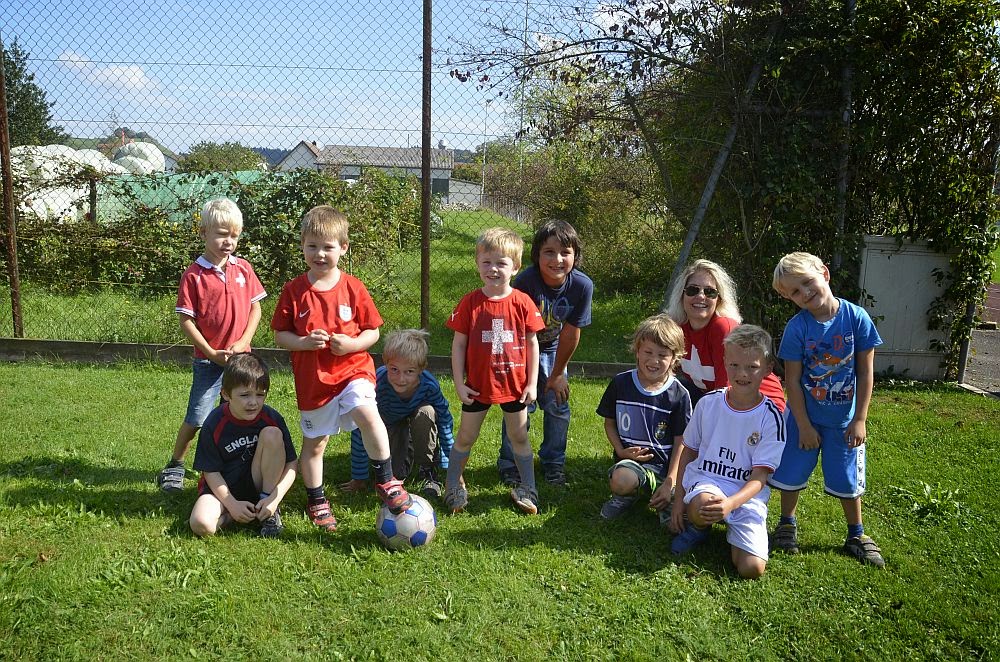 Only boys? It's not that he is already at that stage where boys think girls are annoying. He is very good friends with two sisters, one of them even likes cars, planes and soccer, but they were going to be out of town that weekend.
After everybody had arrived, I let my Mom and my husband supervise the game and went home for further preparations. I had used the whole morning for baking and cleaning up the living room. 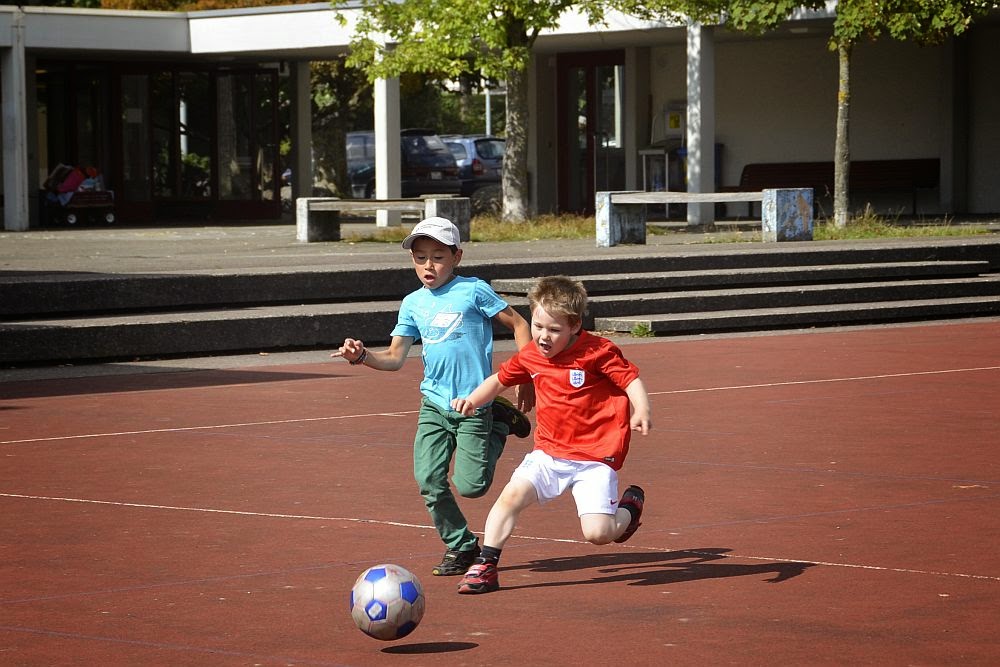 Only because it was a group of young males doesn't mean everybody is into soccer! Half an hour later = way too early for me they were back at the house, and I was far from being ready!! Have a seat, relax, I'll be right there.... 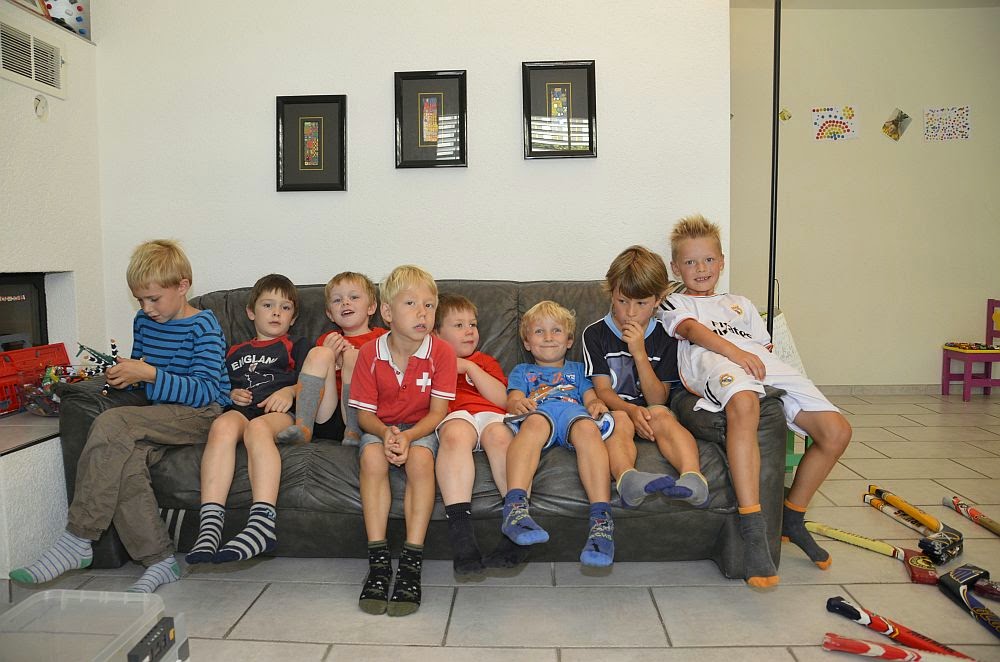 OK, wonderful! I need two team captains who can read and write fluently! Everybody was like "me, me", and I was surprised, but hey, they must know, right? 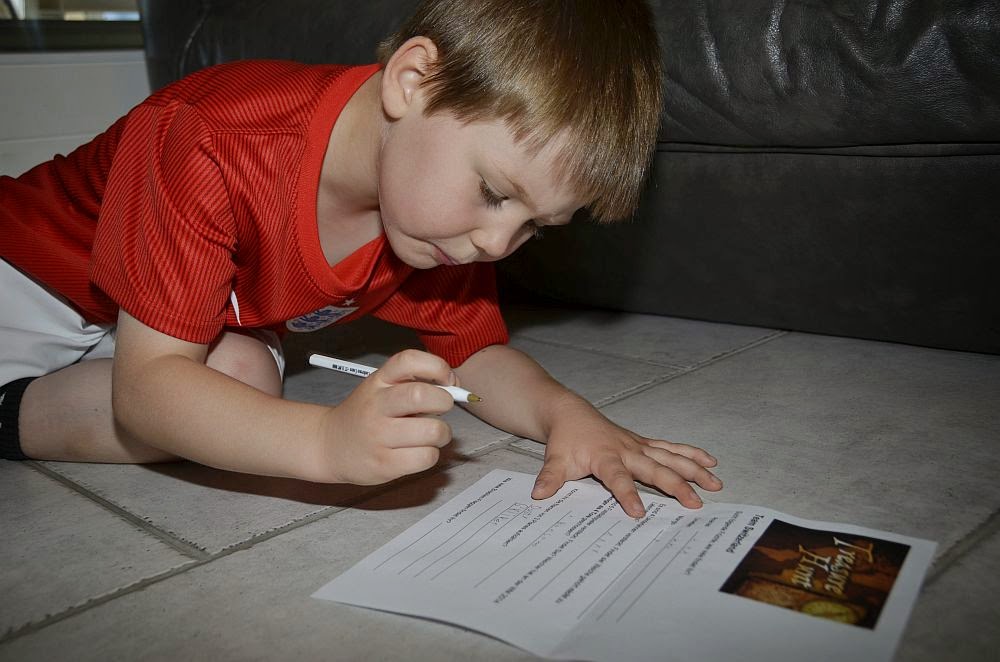 I don't want to brag, but lil C was the only one who didn't need help from an adult. 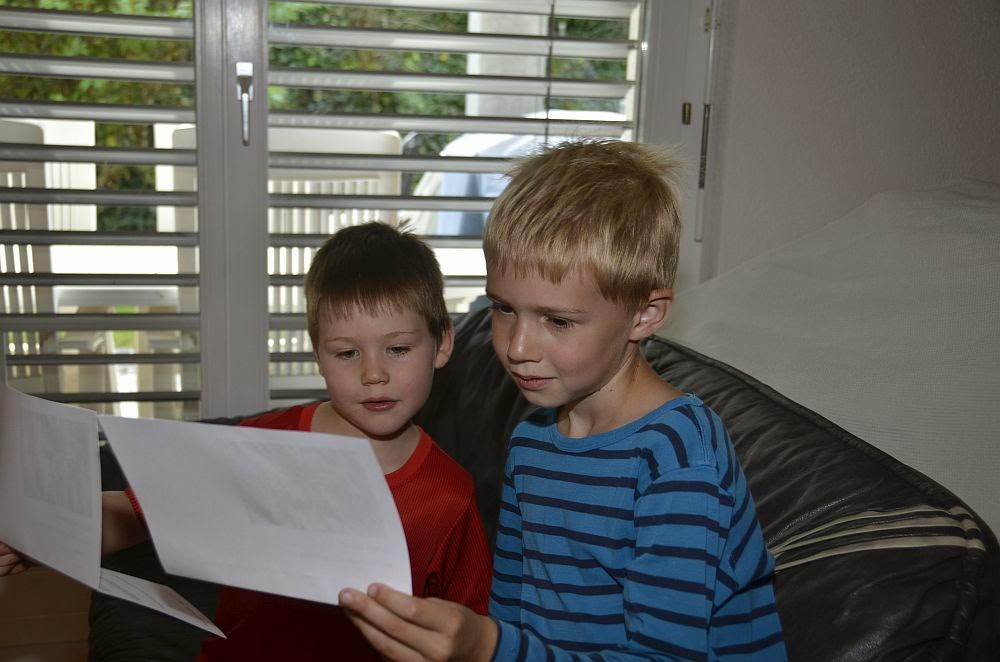 They got assignments like
"How many limes, mangoes and pineapples can you find?" There were mainly laminated prinouts stuck to the backside of a piece of furniture or window frames, but also real fruit, in plain sight on the table! In order to make it not too easy there were also papayas, cherries, lemon, apples and the like.
"How many Brazil flags can you find?" The napkins were FULL OF flags, haha, he who can do math has an advantage!
"Find four larger country flags - which one does NOT belong to Latin America?" 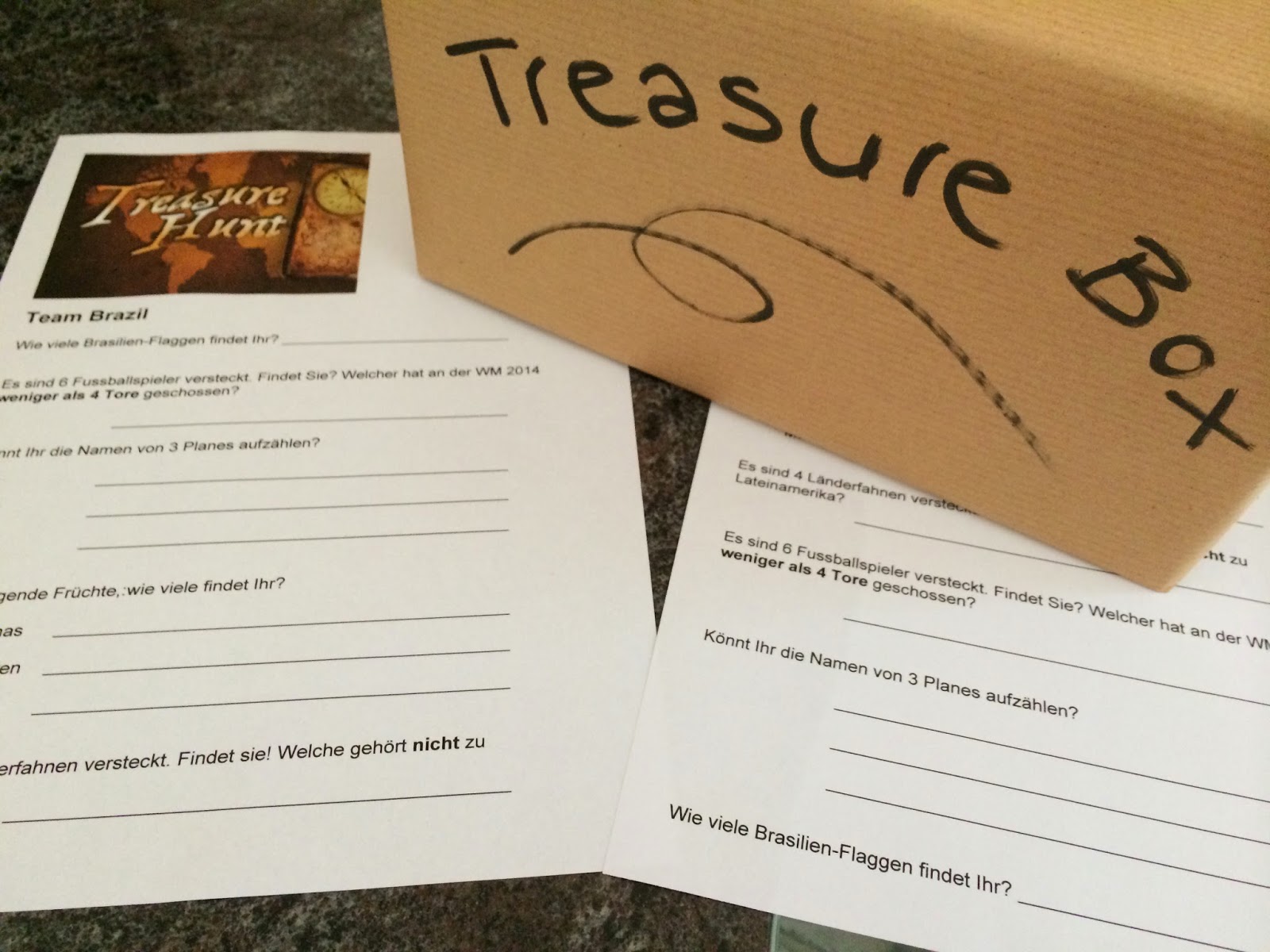 "Find six top soccer players - which one scored less than four goals during the World Cup this summer?" I though it was particulary funny that Benzema was hidden at the ice rink board ;-) Also I was afraid that this was going to be too hard for them. Boy, was I wrong! Not everybody knew what a "lime" is, but they were talking shop about the soccer players  like the pros... "no, Neymar definitely can't be better than Müller because he was injured the last couple of games!" "Careful, Messi and Van Persie may both have four goals, just remember he scored twice versus Spain alone!" 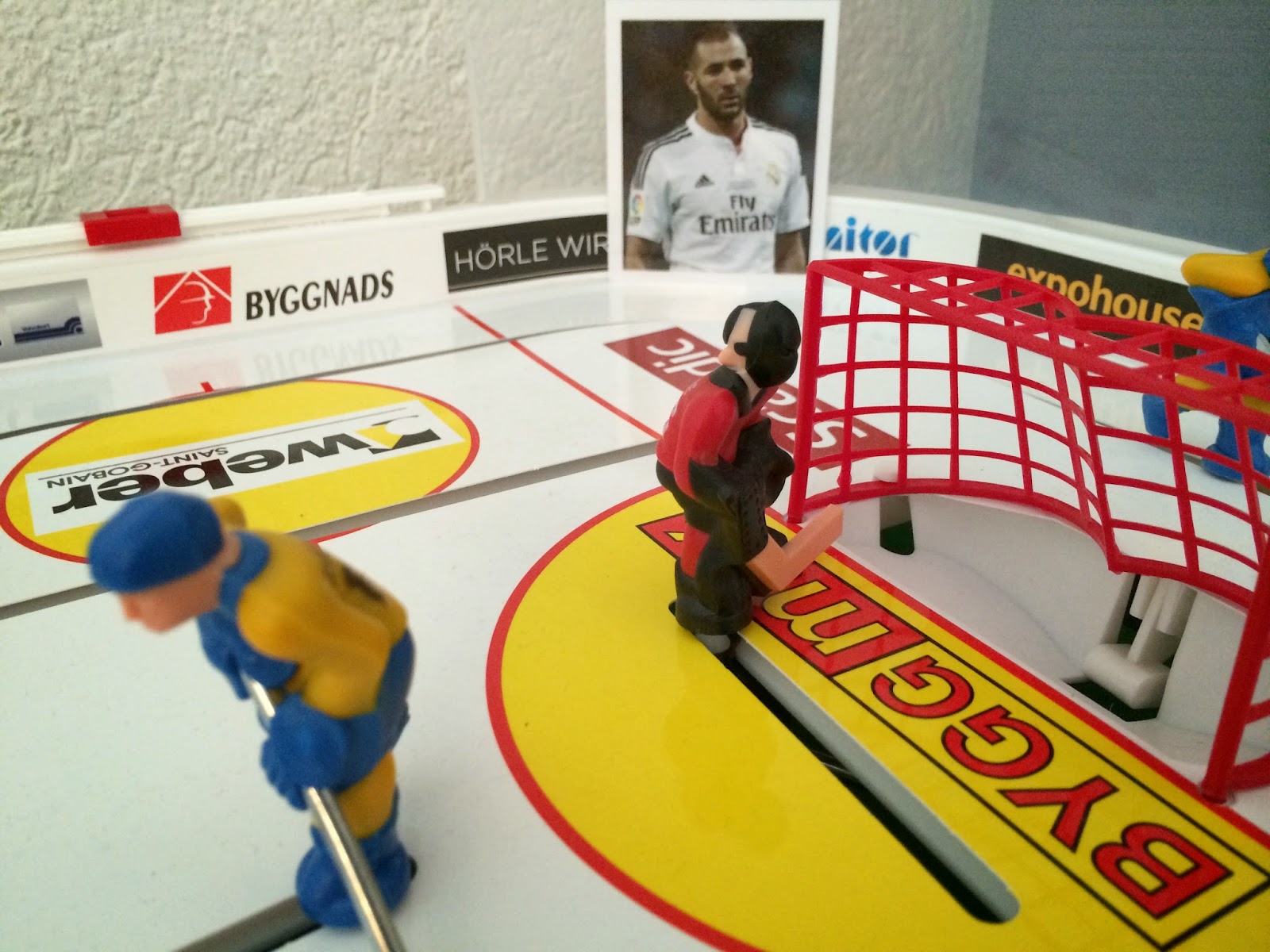 After they were done, and everybody took several turns in chosing small gifts and candy from the treasure box, it was time for cake. 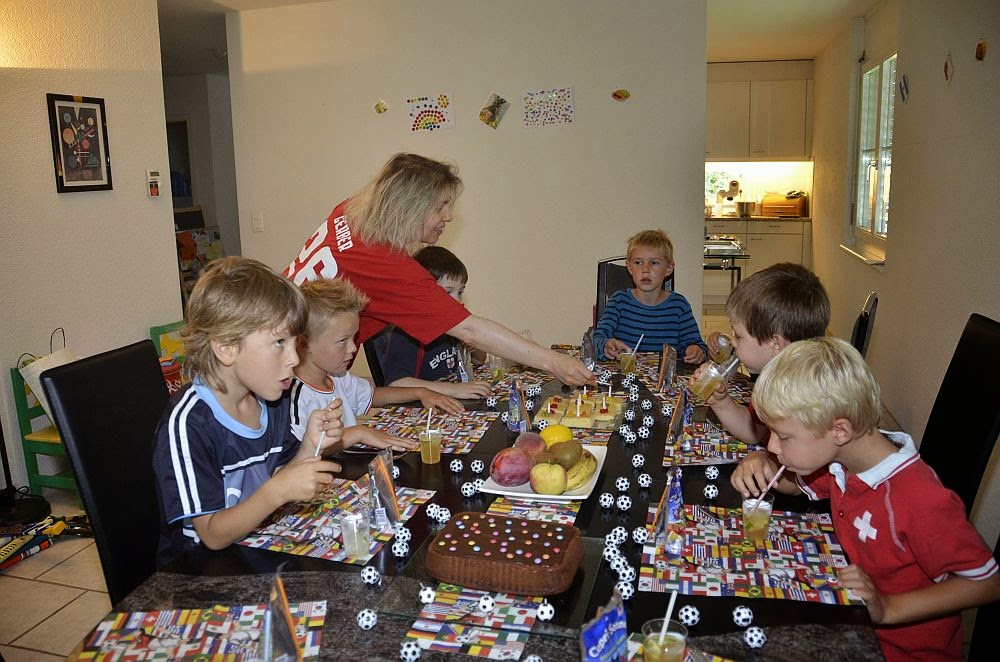 He asked for a Smarties covered chocolate cake 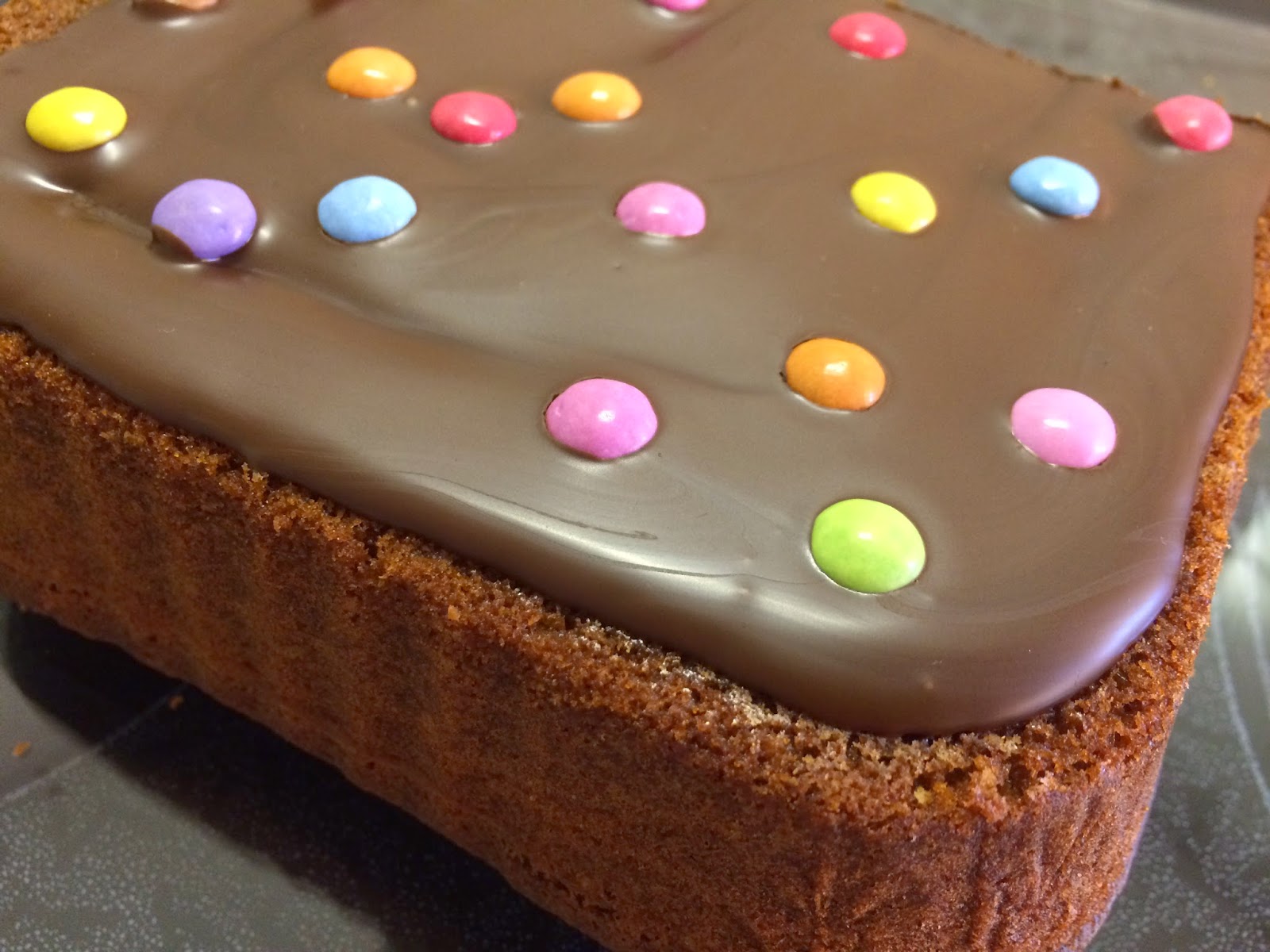 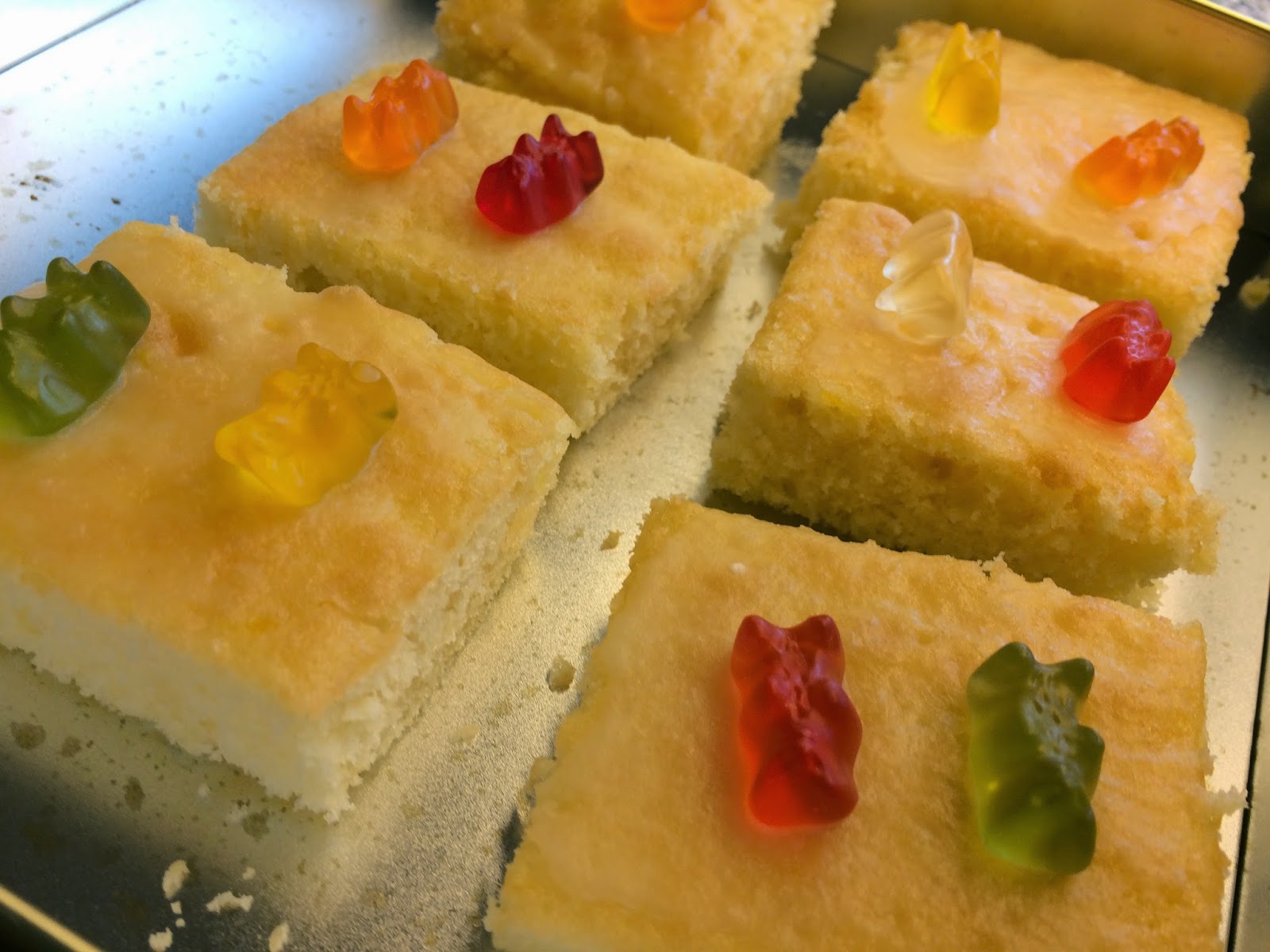 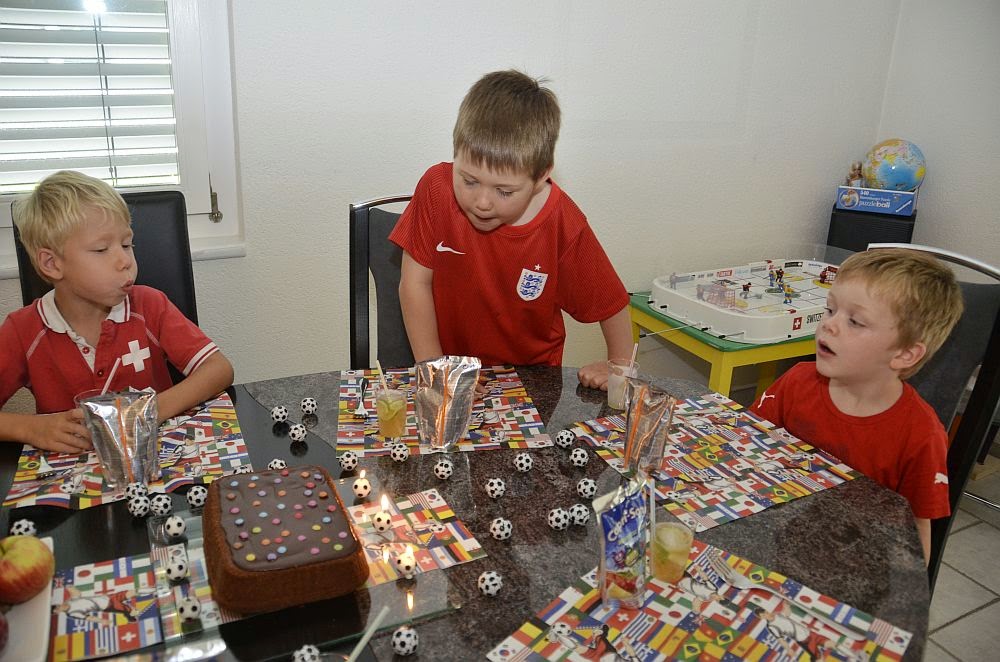 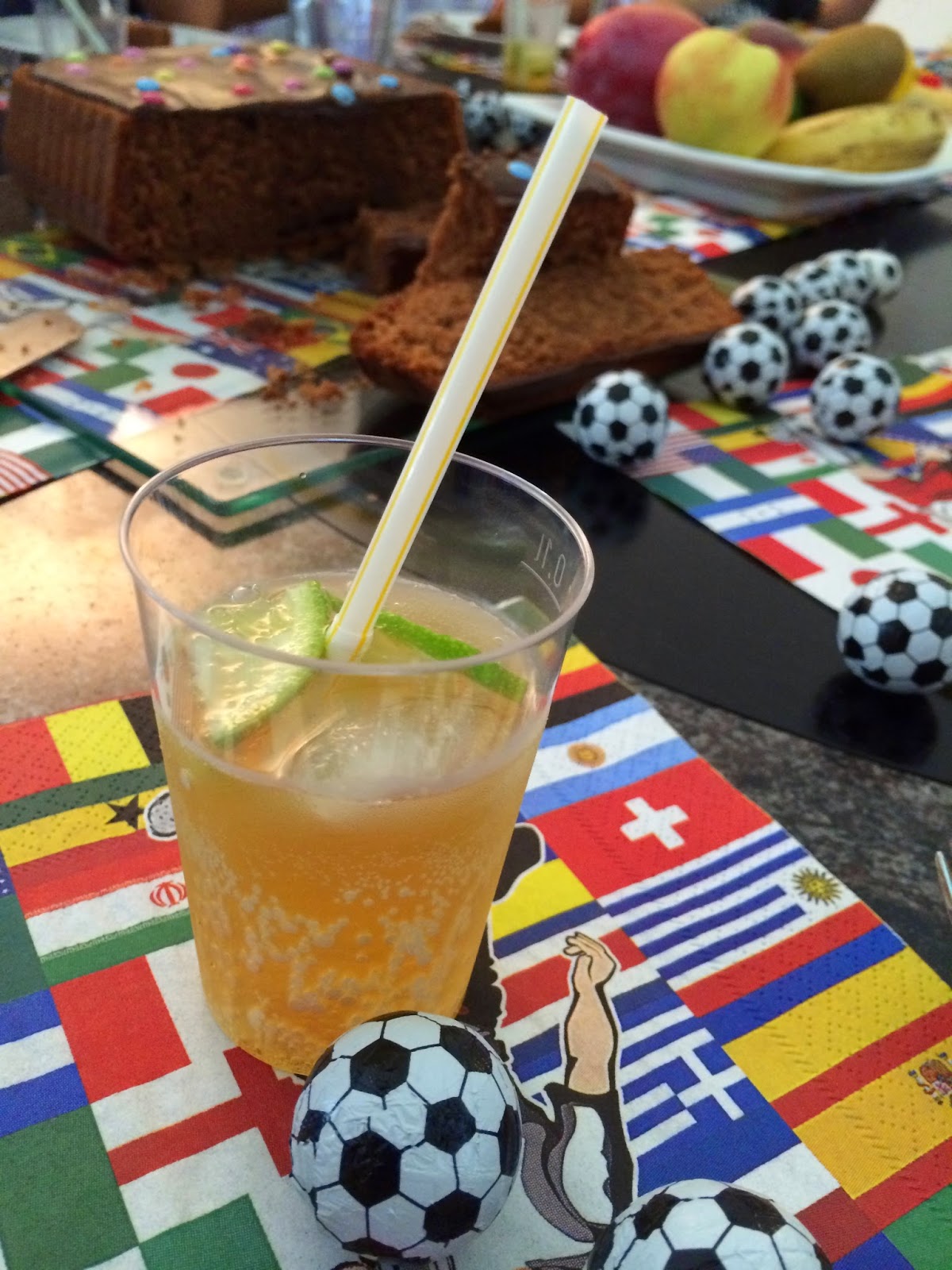 One preferred his Capri Sun. Fine with the others! 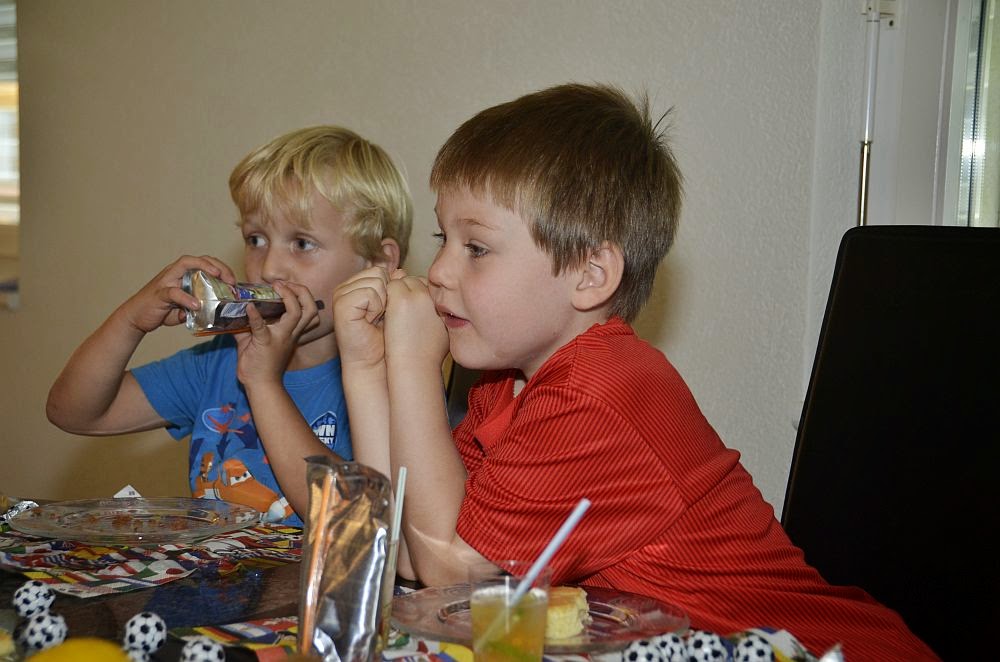 One boy was going to be picked up before 4pm, so we couldn't sit and eat cake forever, but had to move on to the handover of the gifts... 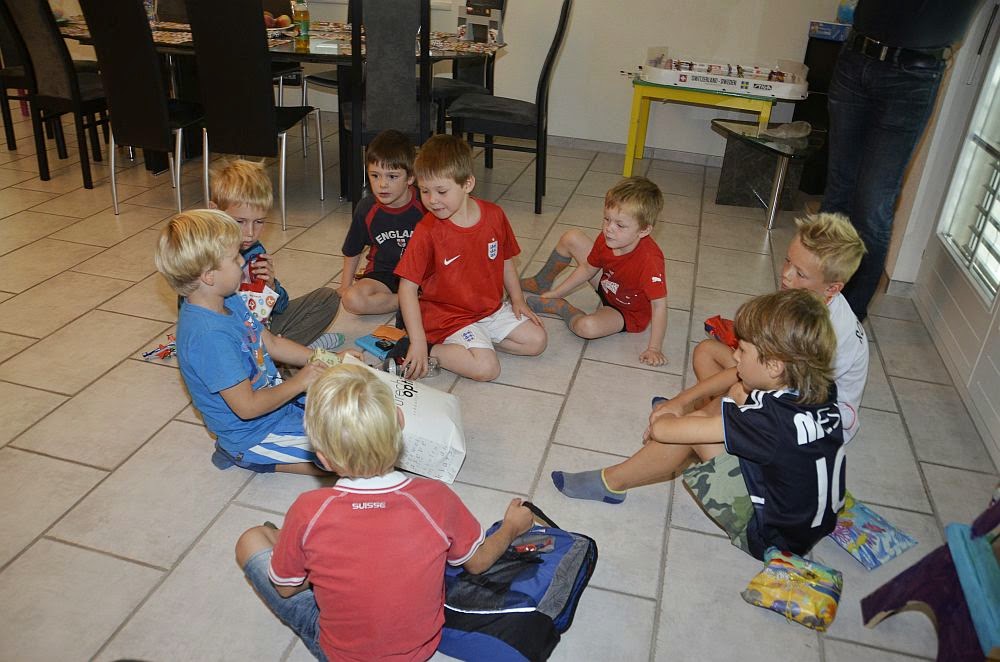 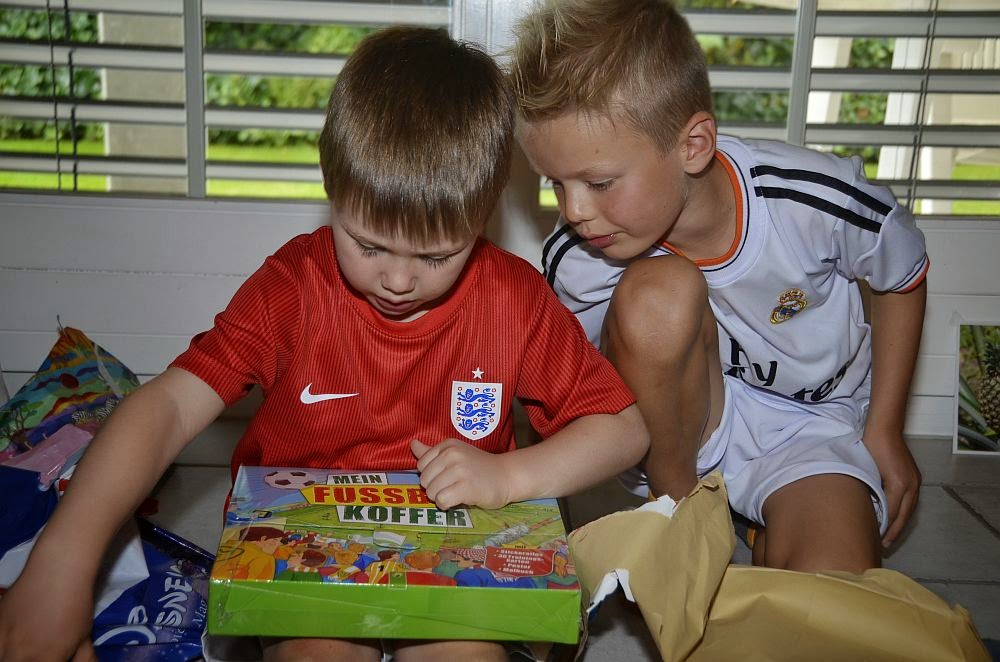 I was very impressed about this custom made packaging! 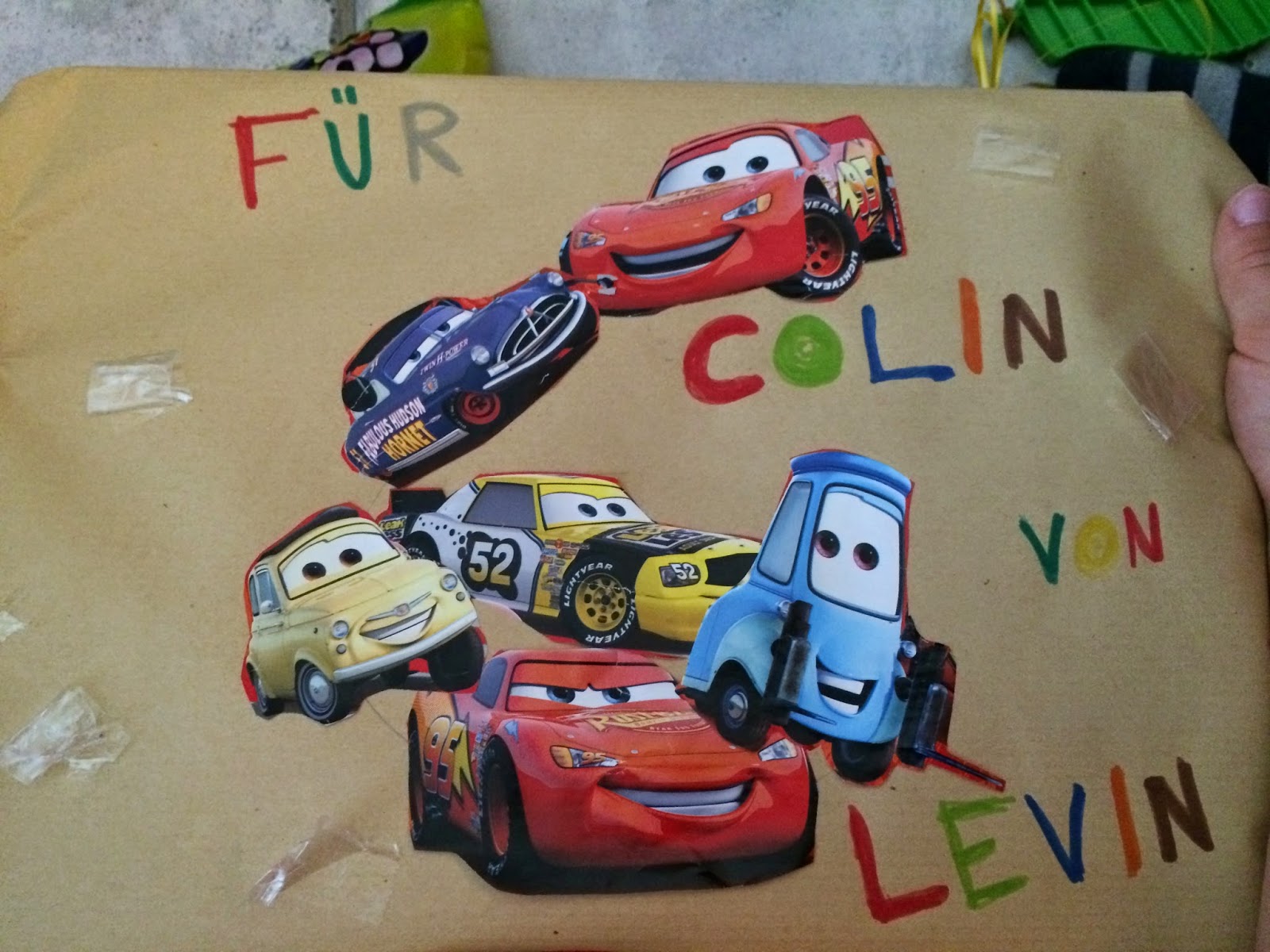 The sun was still shining, so most of the guests wanted to run around outside, some stayed inside and painted or played with the planes and Legos, and after 5pm the first parents came to pick up their kids. Well, they meant to pick them up. Instead the older sibling who tagged along for the pick-up wanted to run around, too. It took a while until everyody was gone, and D and I could enjoy our traditional sparkling wine happy hour! 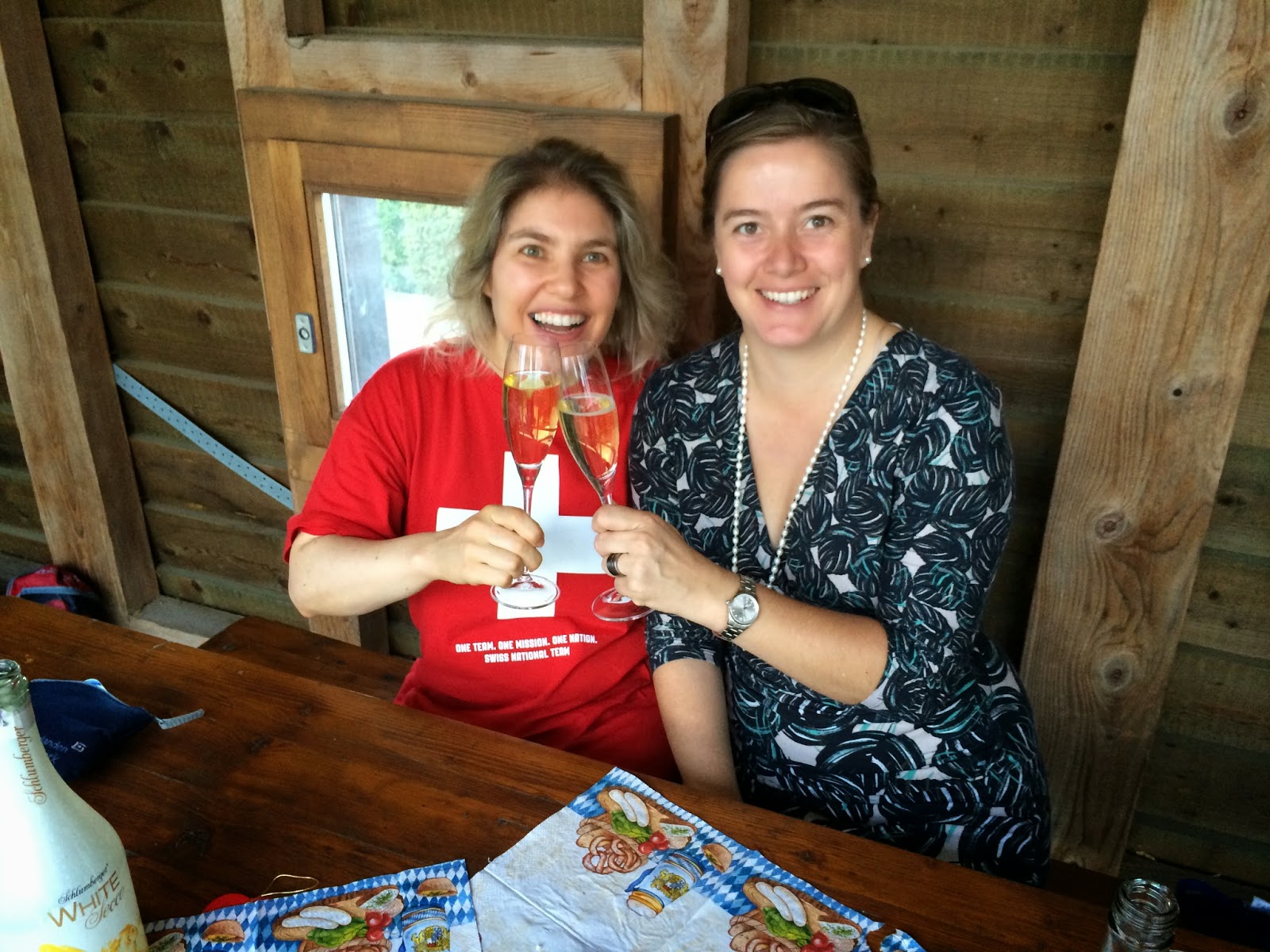