October 02, 2014
After a shortish night we got up at 6:30am. As we had gone to Tim's first thing last night, this morning IHOP was our place to go. Cinn-a-stack, here we come! 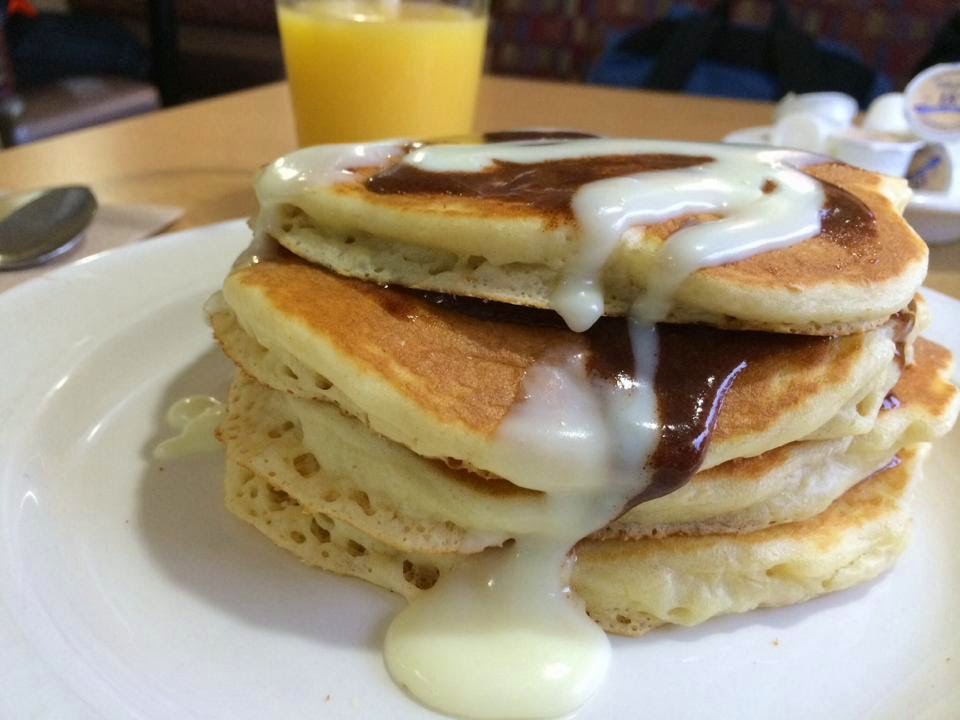 Then we had to solve our GPS holder problem. If we had internet coverage outside of Switzerland we could have used the iPhone as GPS, but not being online we are just using it as our music source. 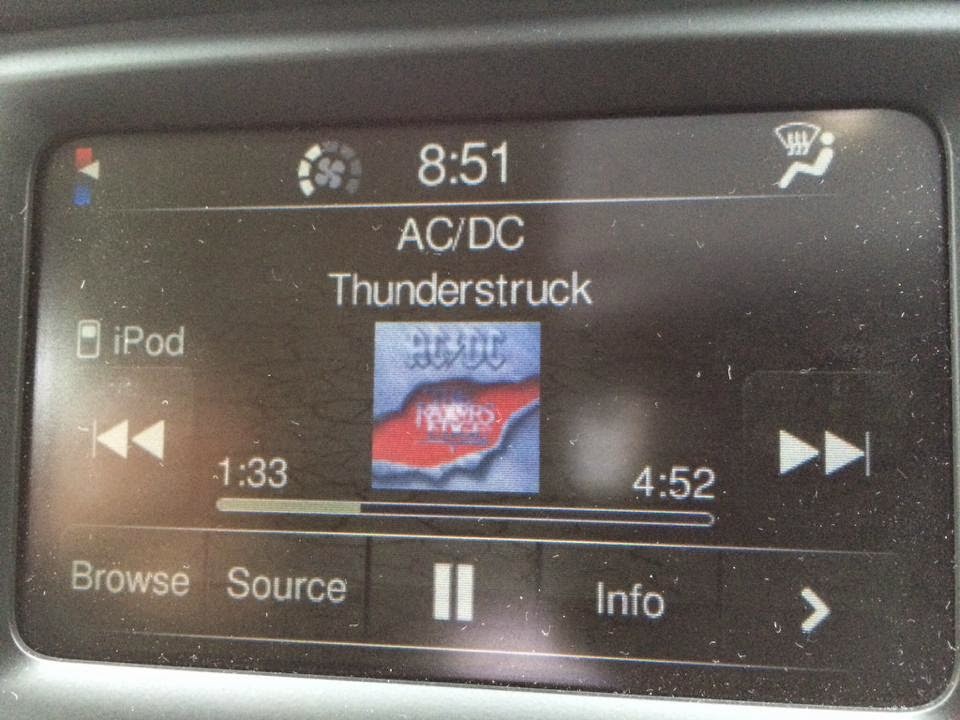 Outside of Vancouver we found a Best Buy. When we pulled up the parking lot was looking awefully empty. As it turned out it was going to open at 10am, so we waited. 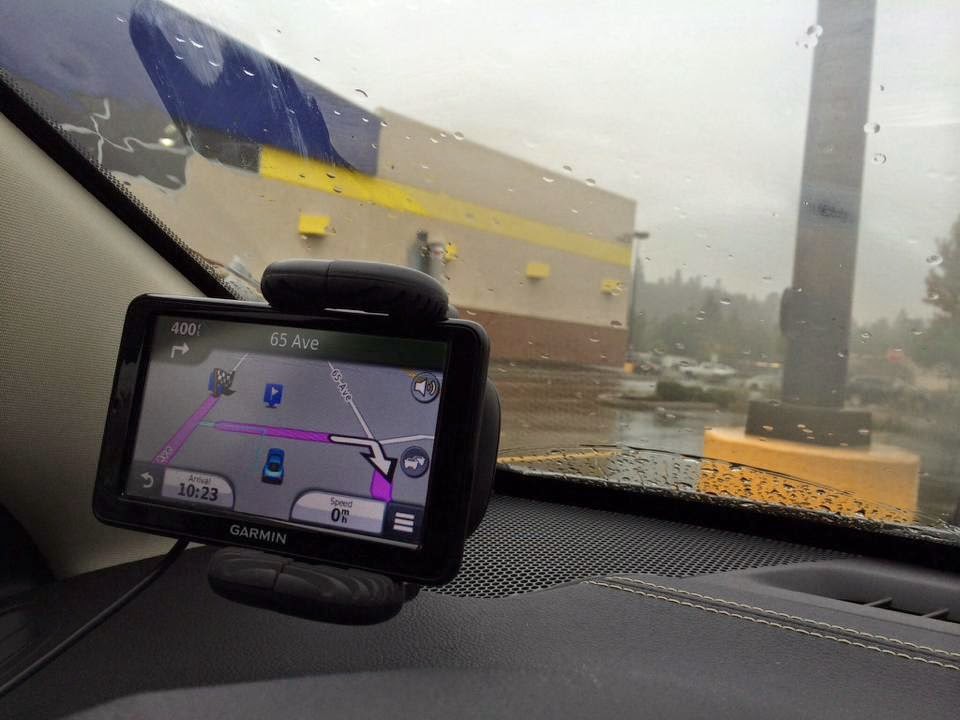 We were good to go! Next stop: Hope! Yes, a town called hope where we met this guy: 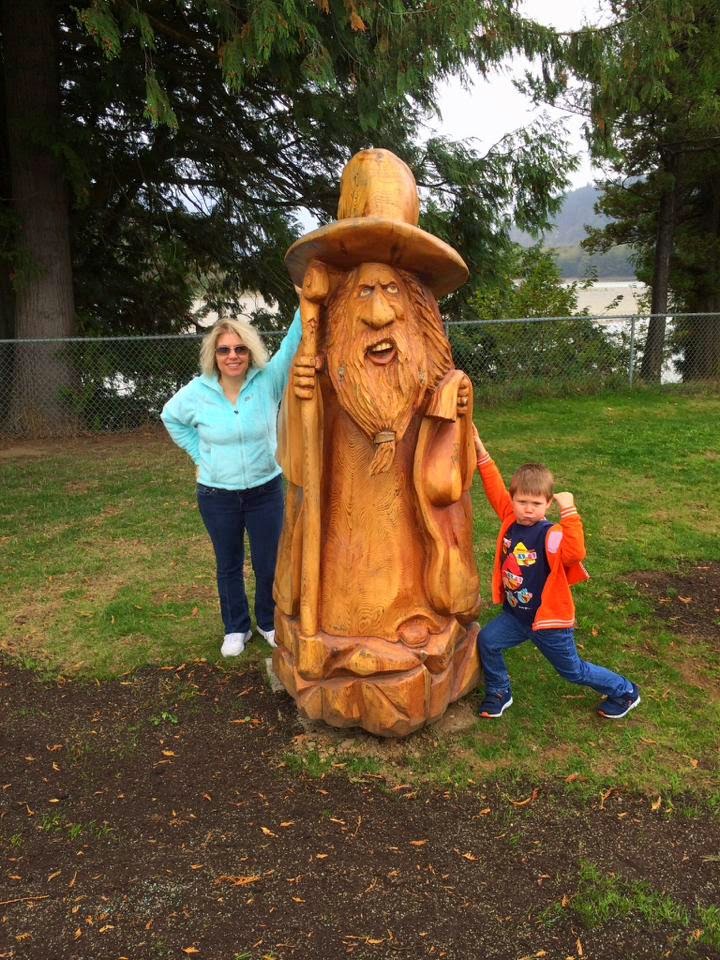 The weather wasn't too nice, but we had the occasional sunny minutes. What a difference a bit of friendly light makes! 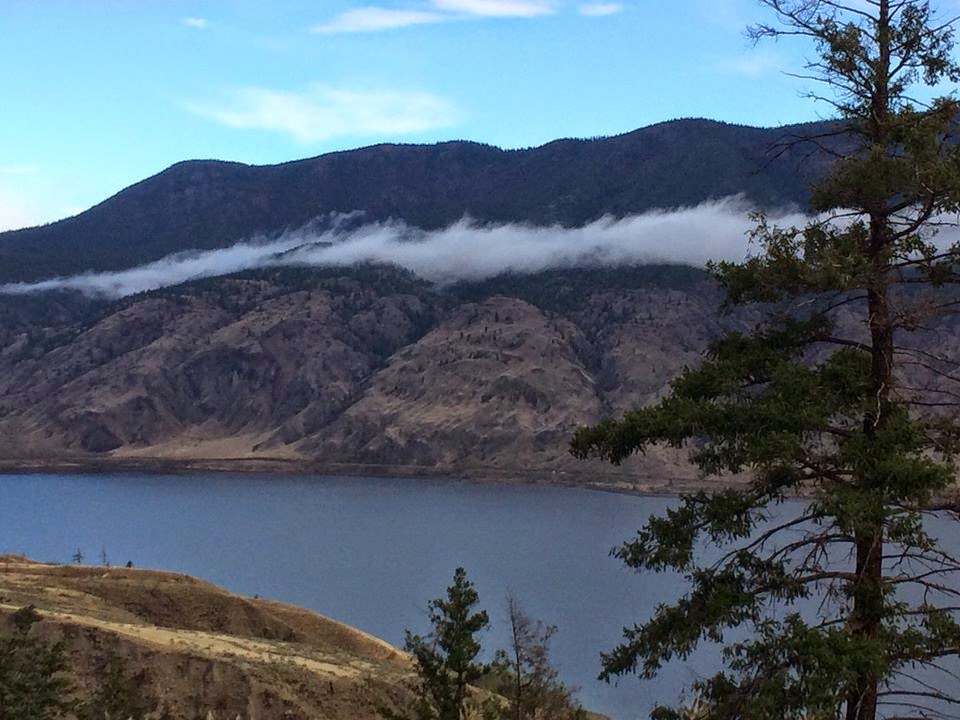 We spent the night in Kamloops. Actually we arrived in the middle of the afternoon. Hubby was feeling like a nap, Colin was having fun with the ice dispenser and I was desperatly (and unsucessfully) trying to upload pictures for the blog. 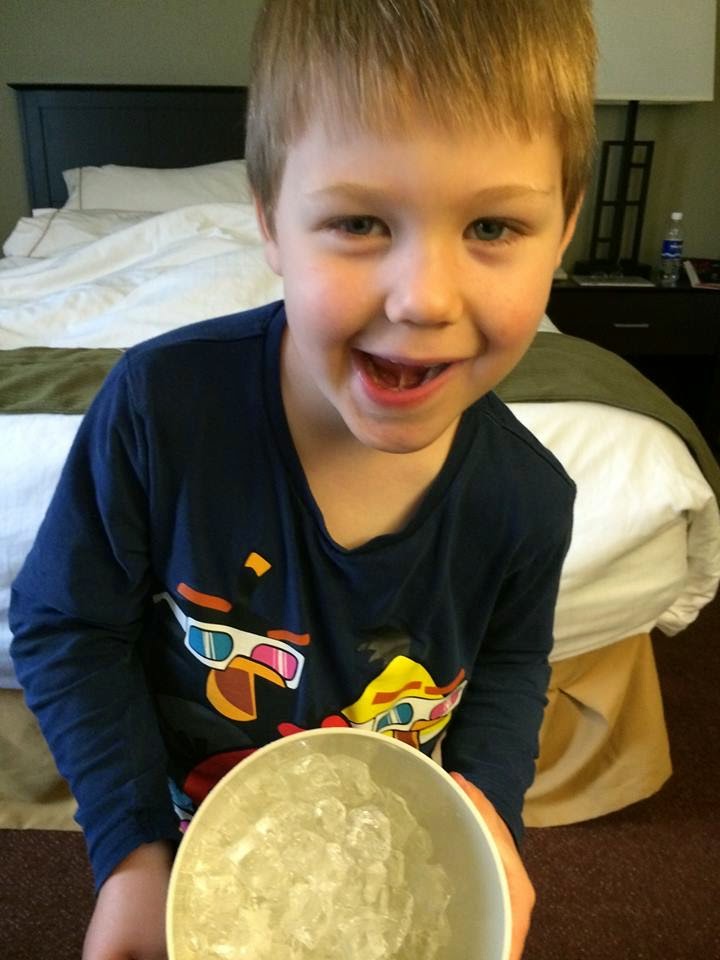 When it got near dinner time, hubs was sound asleep and could not be woken up. Colin was very sweet "Daaaaddy, wake uuuup! Dinner time! Come un, get up!" Nothing. It took the phone alarm at the highest volume - he was not amused, but he was awake. 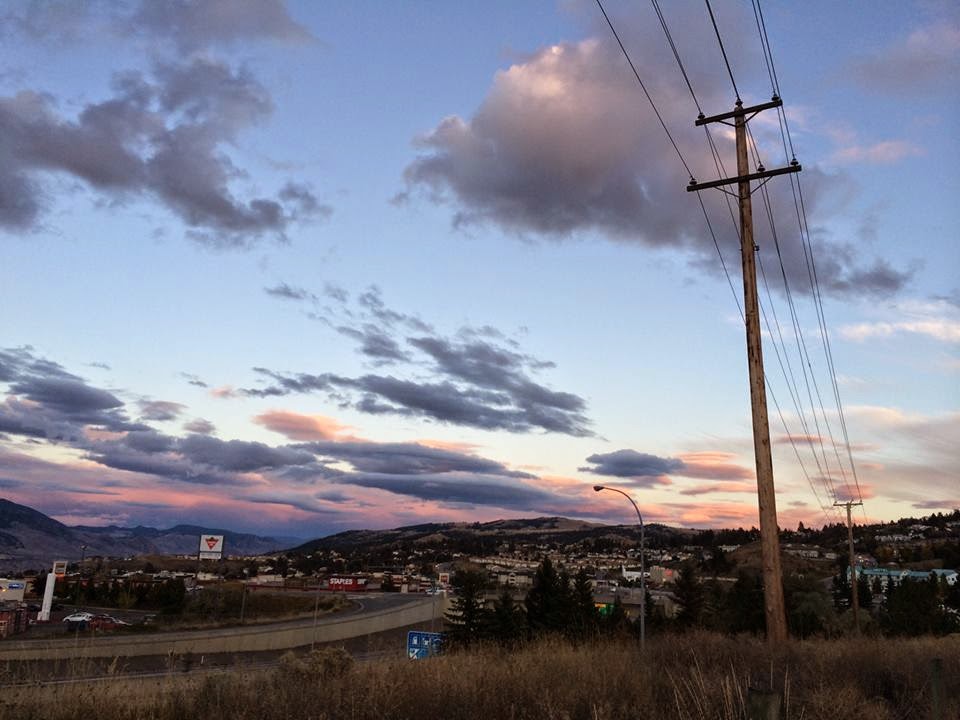