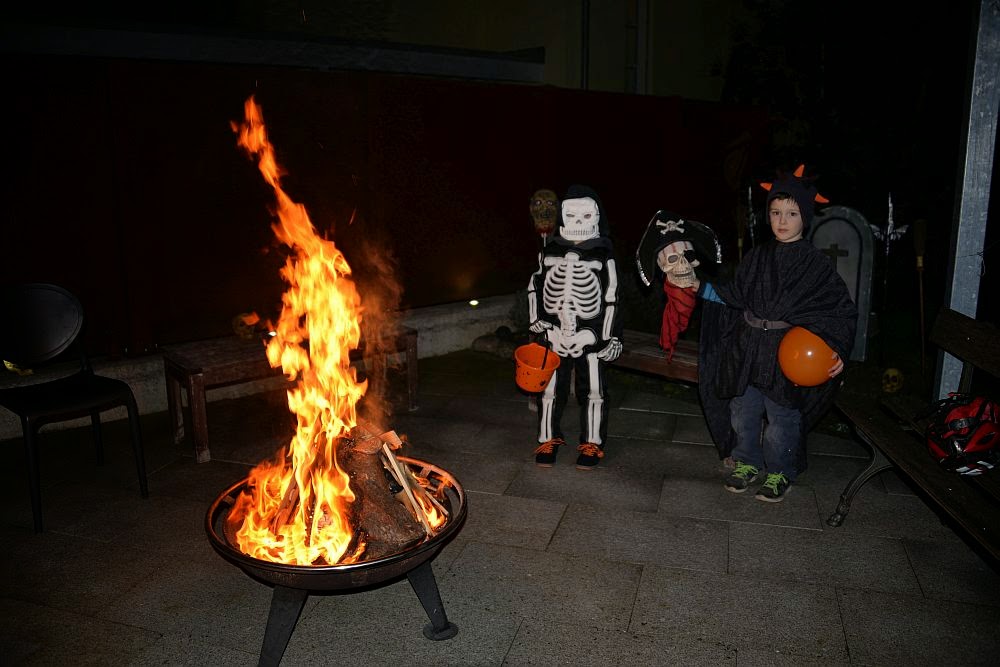 Now that I've got for attention, I'll just 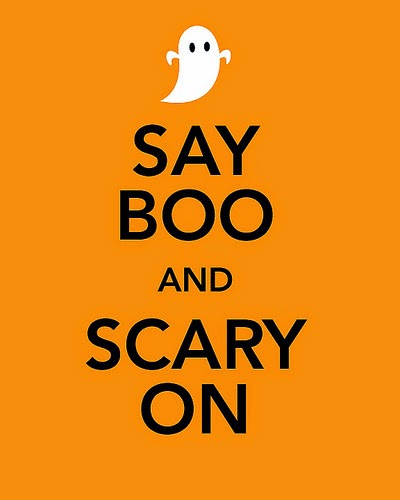 Just kidding. You are not scared by a first grader in skeleton PJs, are you?
Look, he made himself a jack o'lantern toast! 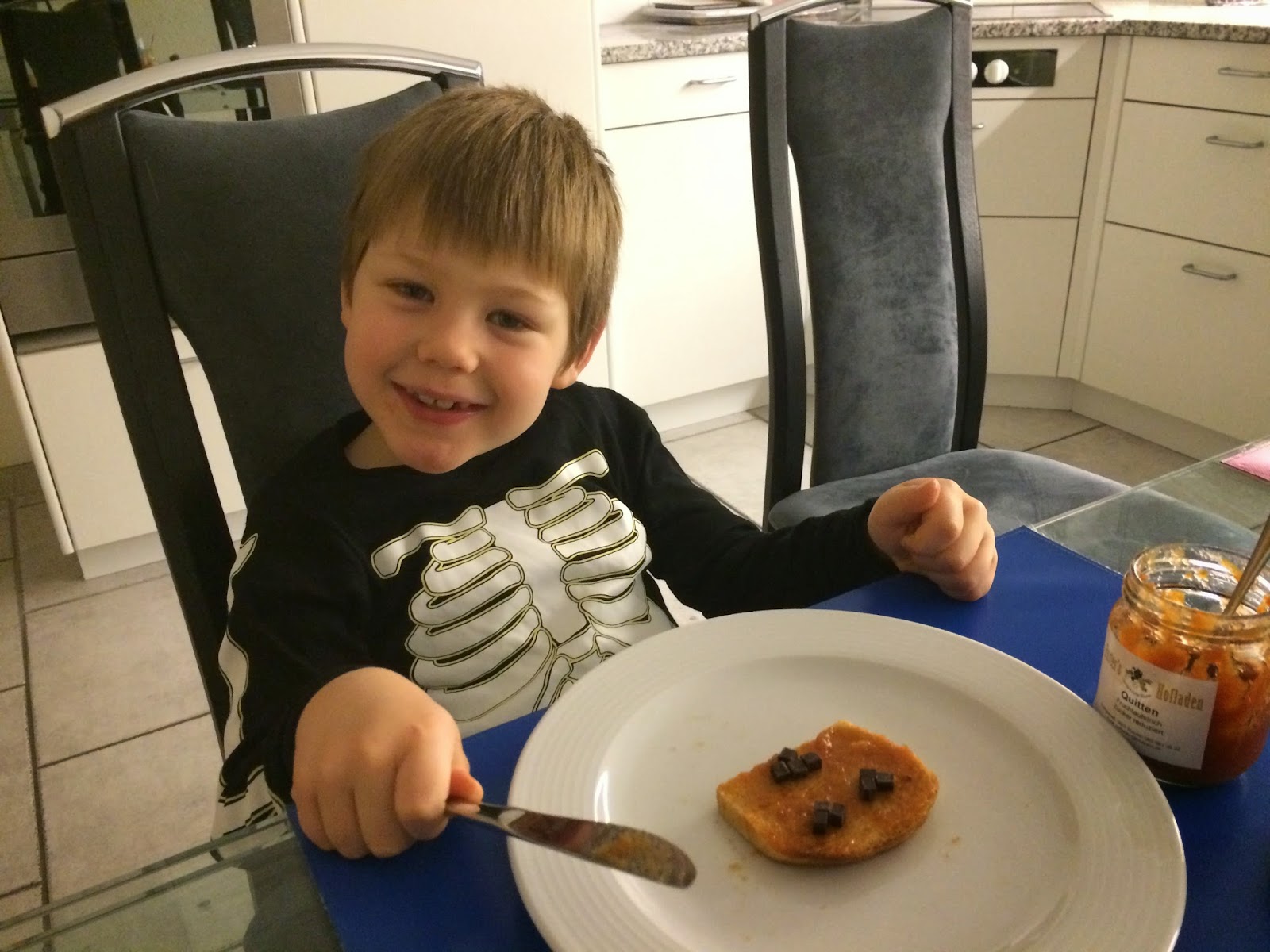 Unfortunately for us there are no Halloween activities going on at Swiss schools. So he put on regular clothes. Except the sneakers.
There is a back-story tied - pun intended, thank you very much - to be published this Friday.
Check back here! 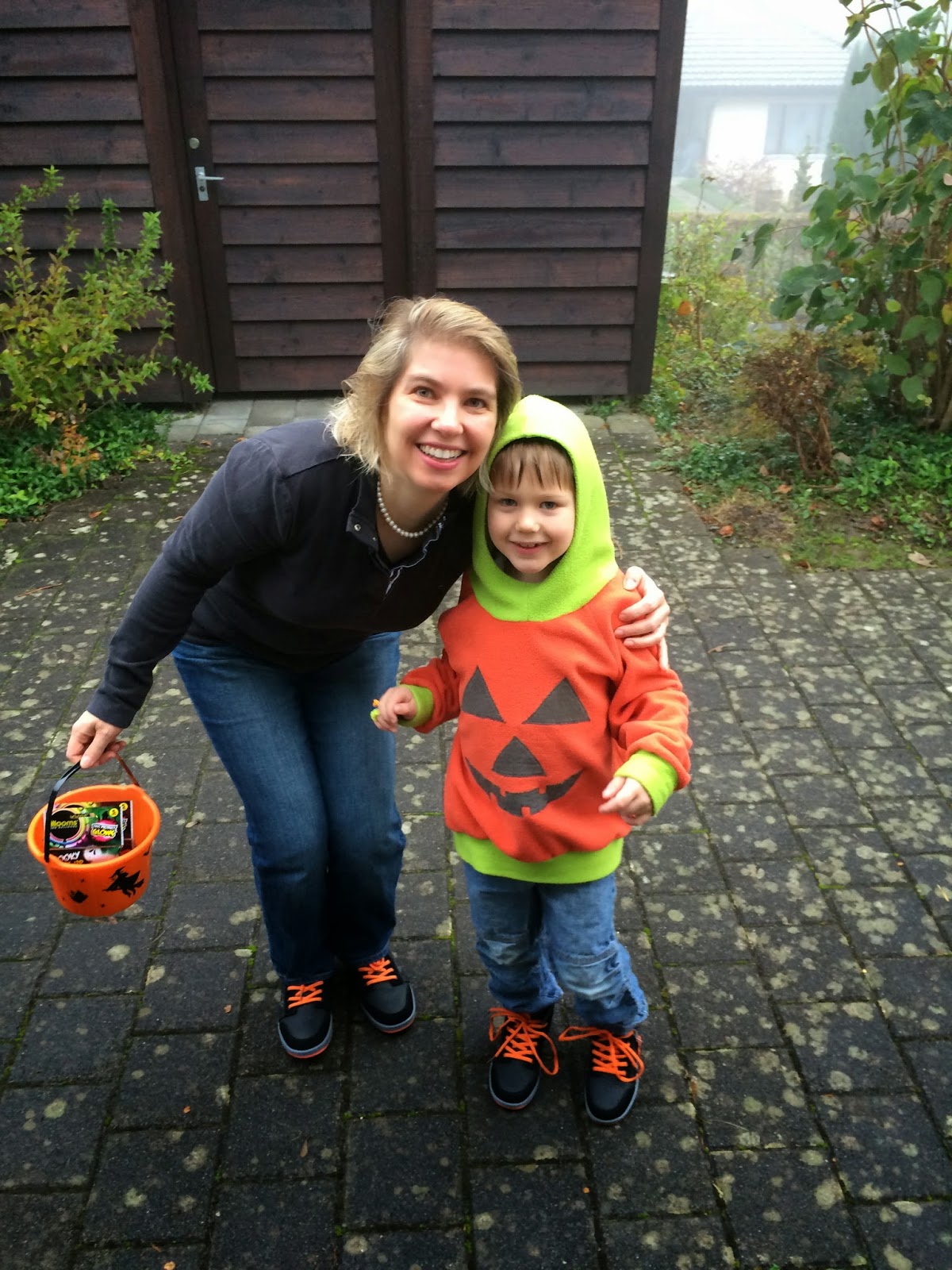 Last time I was at the office it looked like this: 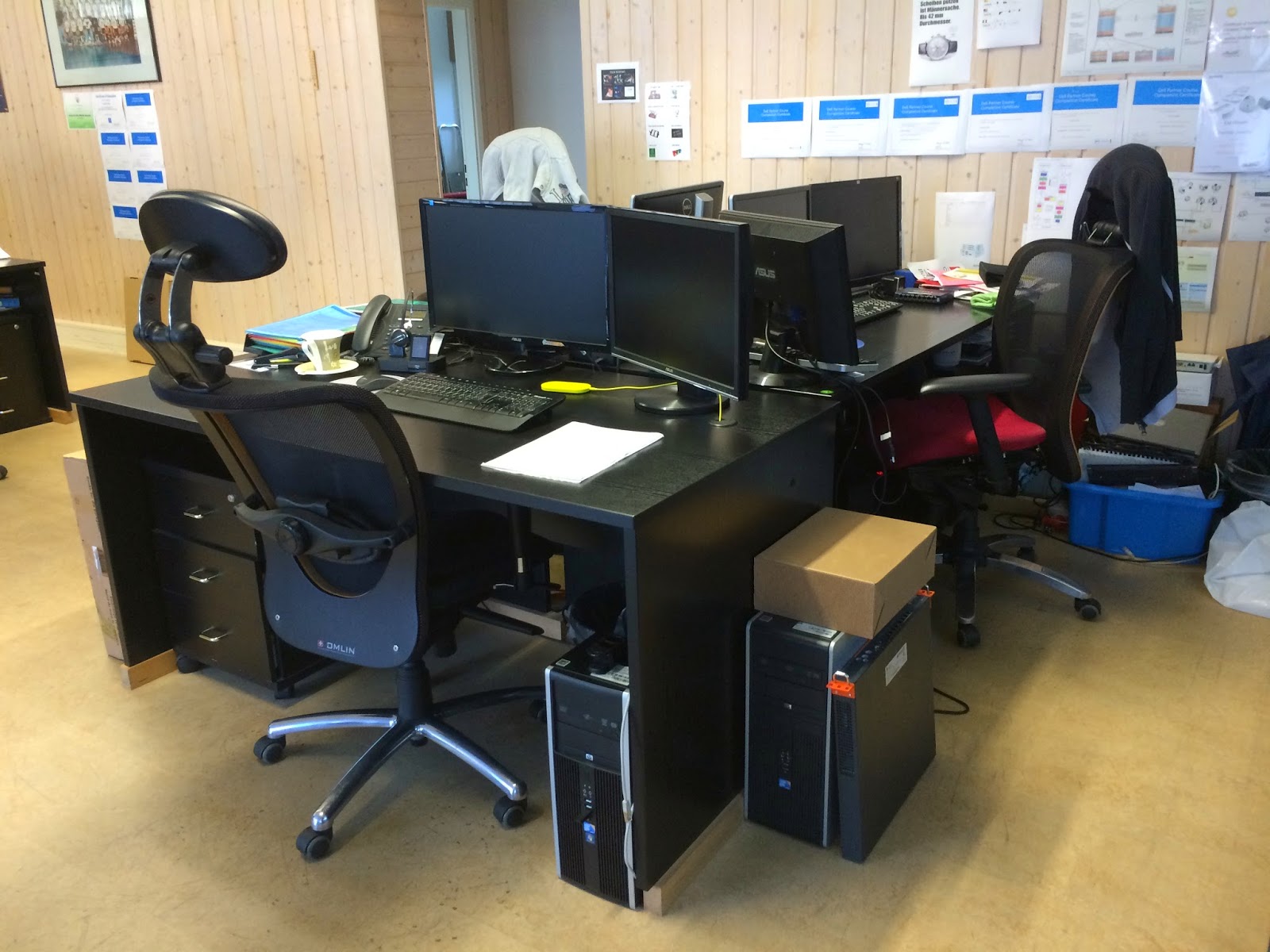 On Friday when I arrived our desks were stacked up in the parking lot: 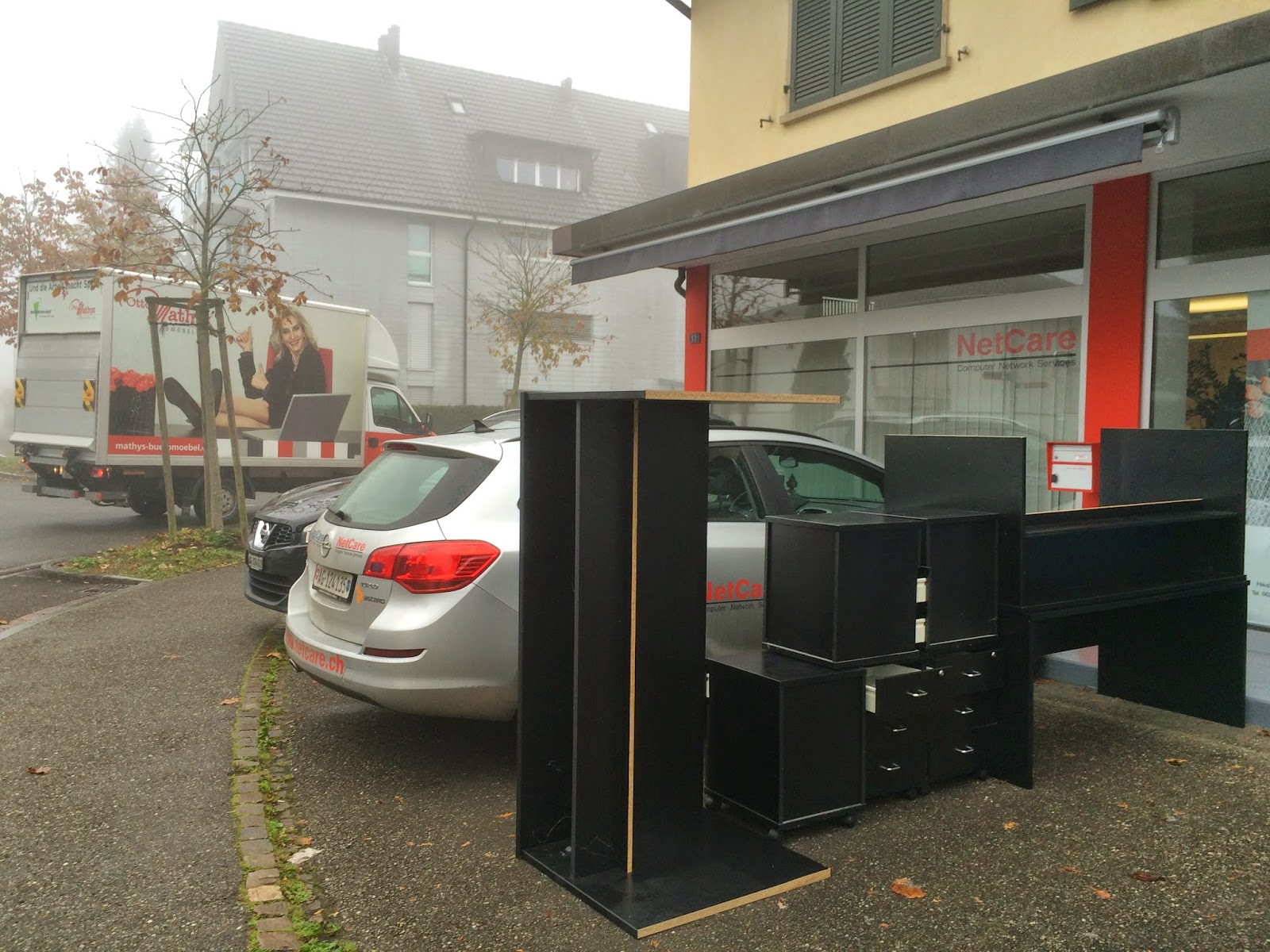 And my coworker was actually vacuuming!
The guy who says "window cleaning is man stuff. Up to 1.65 inches in diameter."
(he's got that from a Swiss watch commercial.) 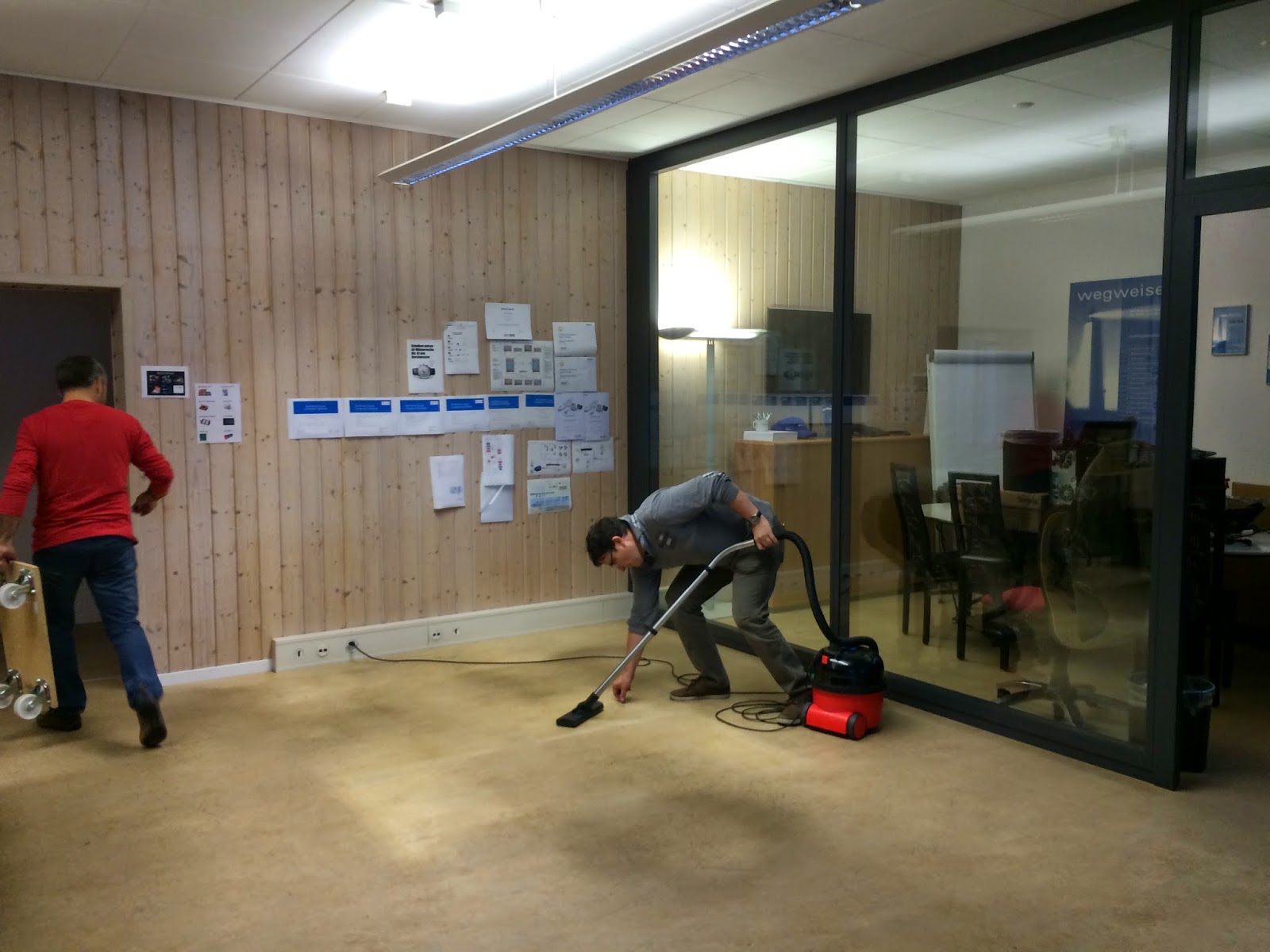 It didn't take long and I was back online on my new fancy desk. 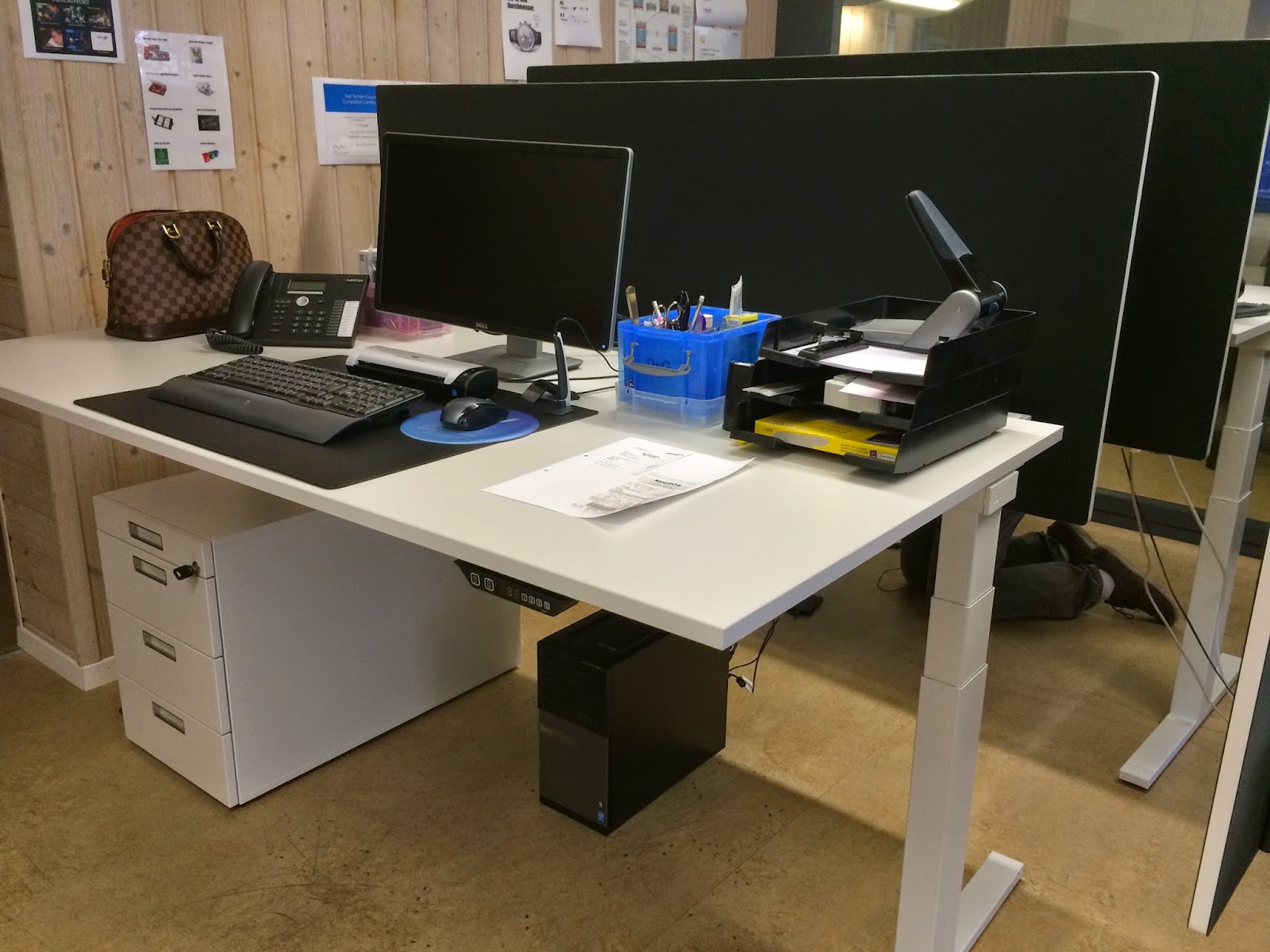 Work was not the first thing on my mind, though. I was anxious to get home and get my ghost lights in place and warming up the pumpkin soup I had made the previous day. 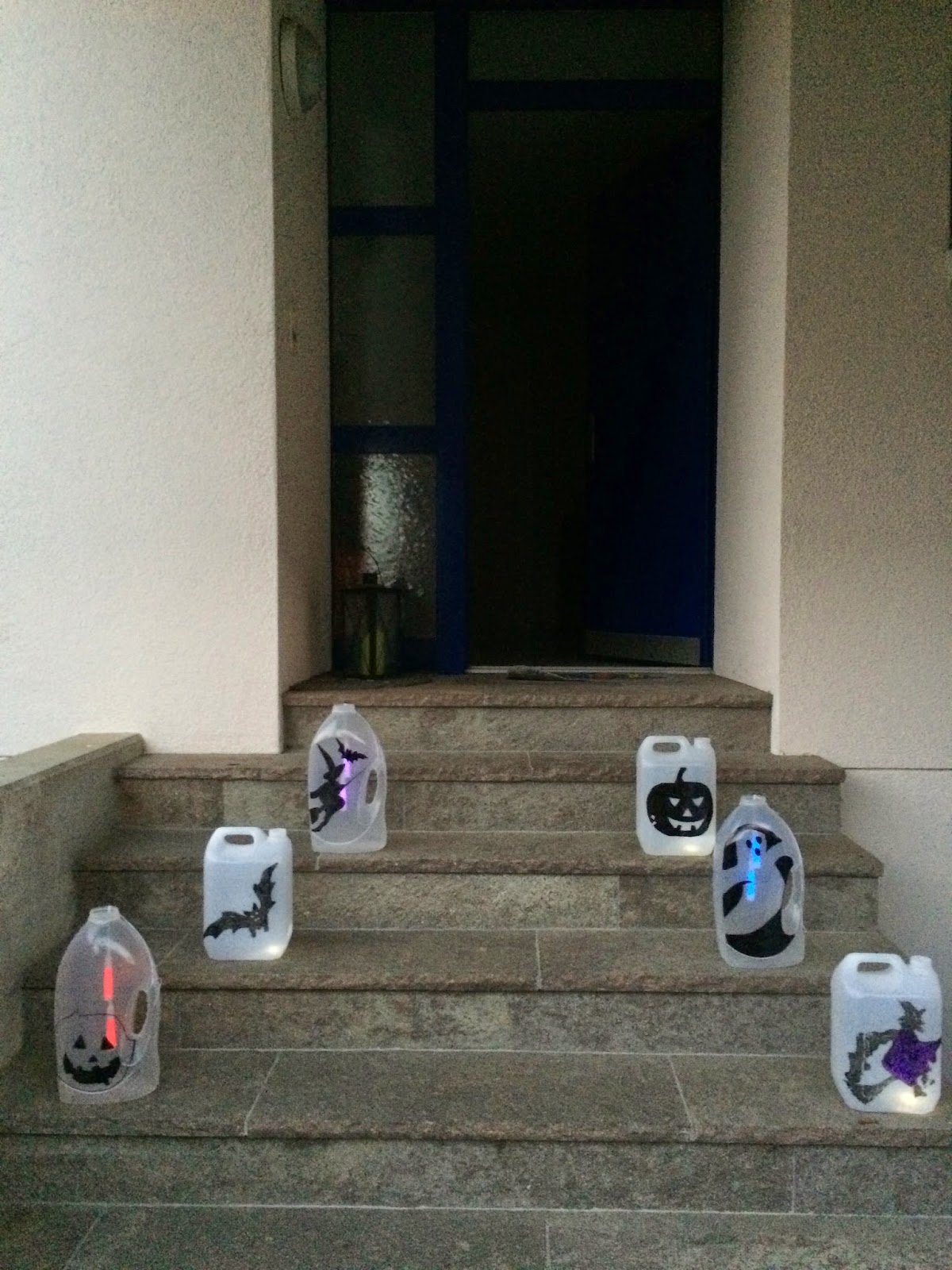 When our Trick or Treaters arrived they were supposed to dress up.
Instead they discovered the glow in the dark balloons. 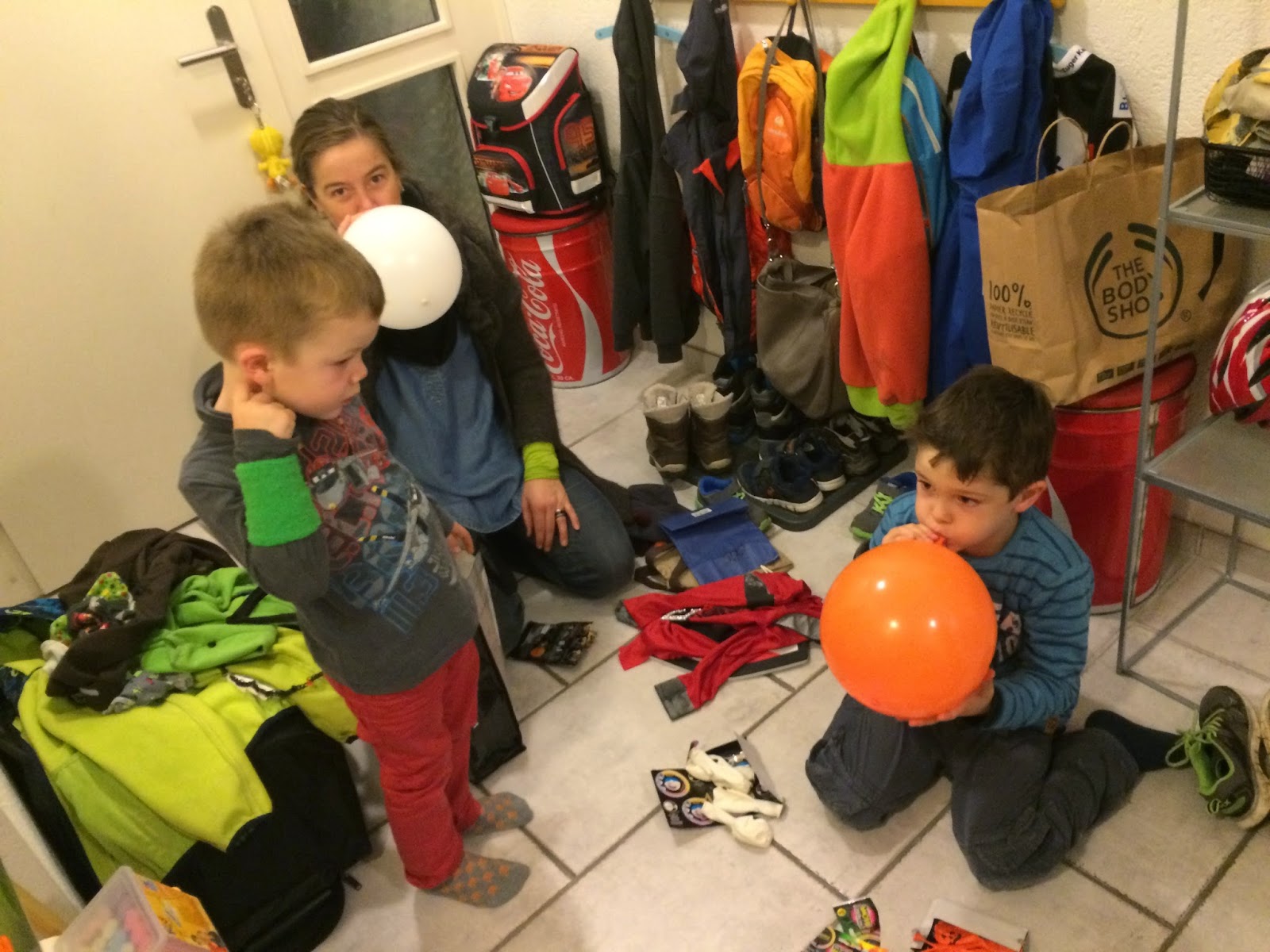 They managed to change into their costumes. Spooooky! 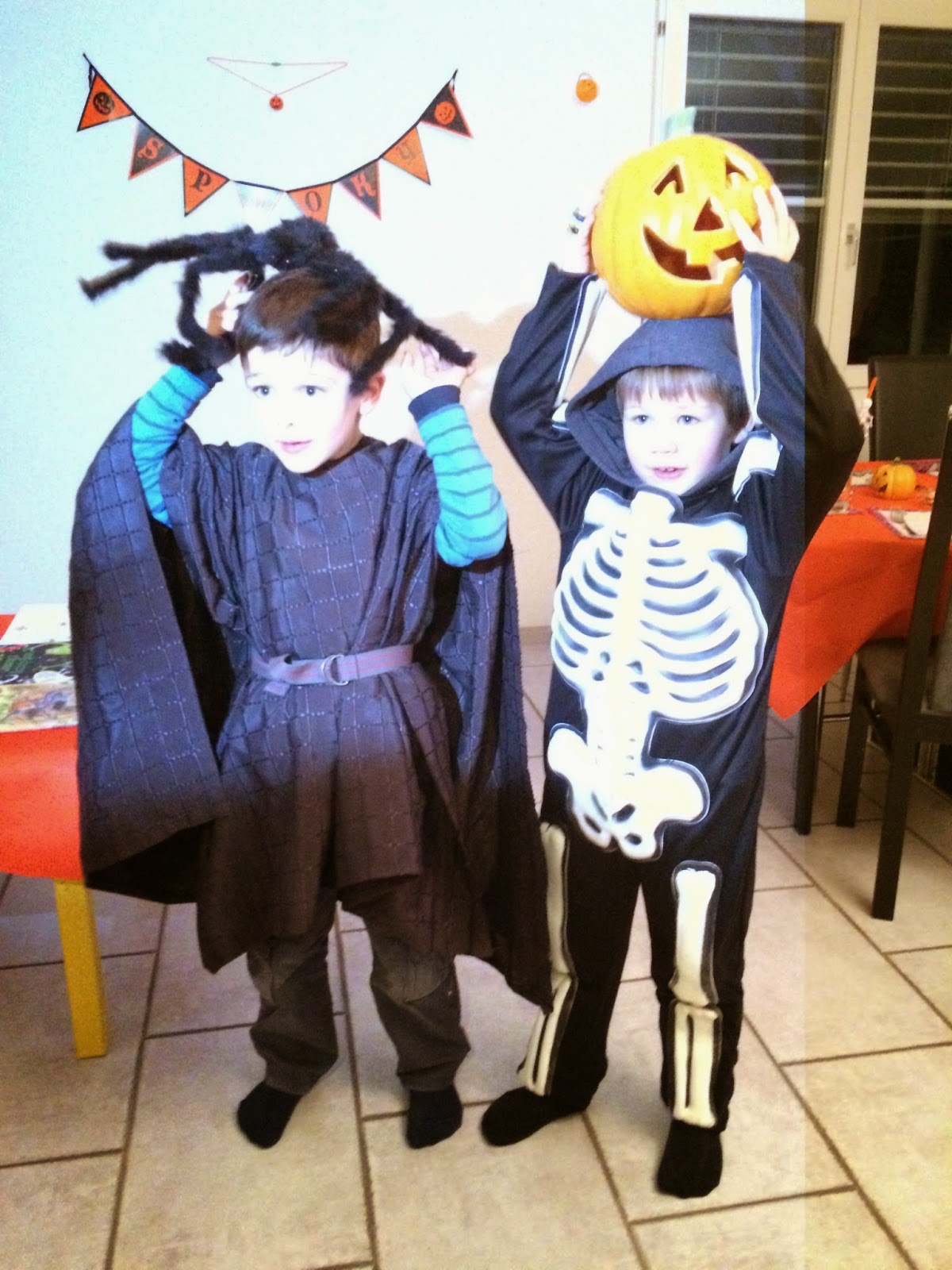 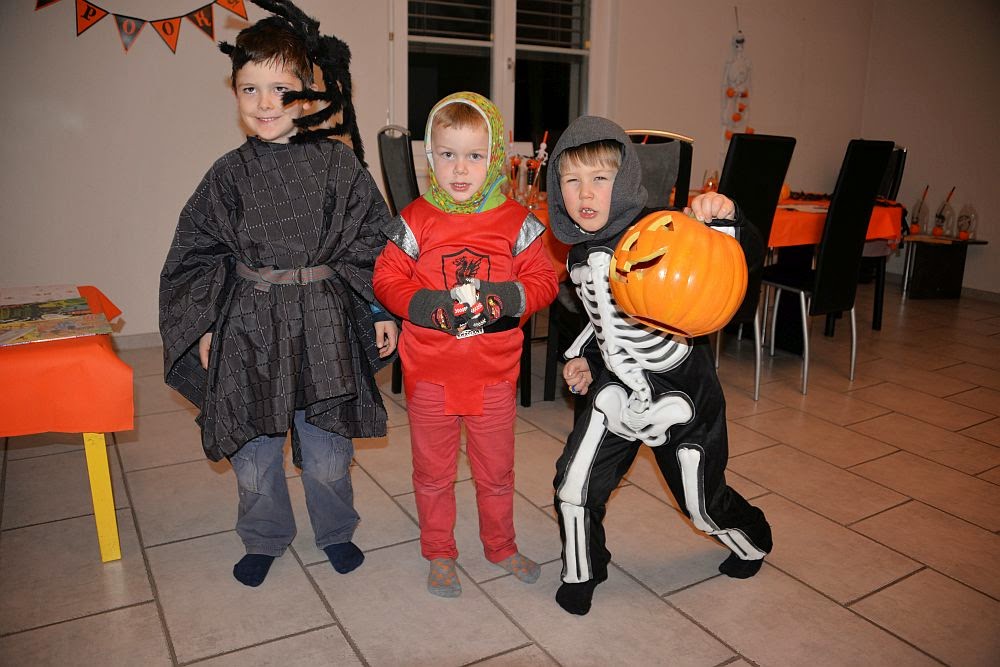 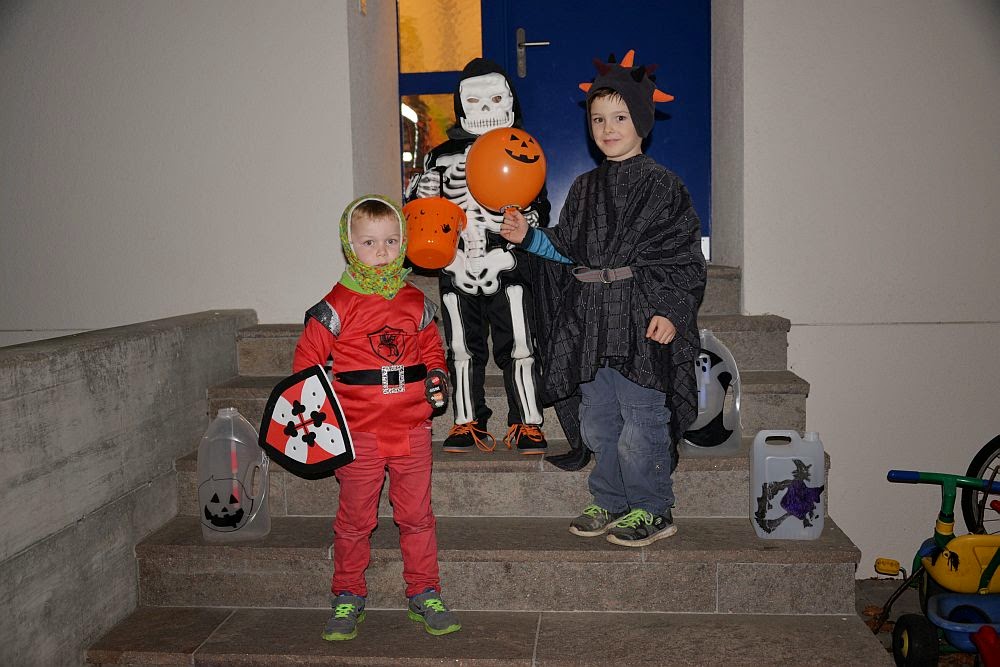 In my friend Christine's garden. She went all the way decorating! 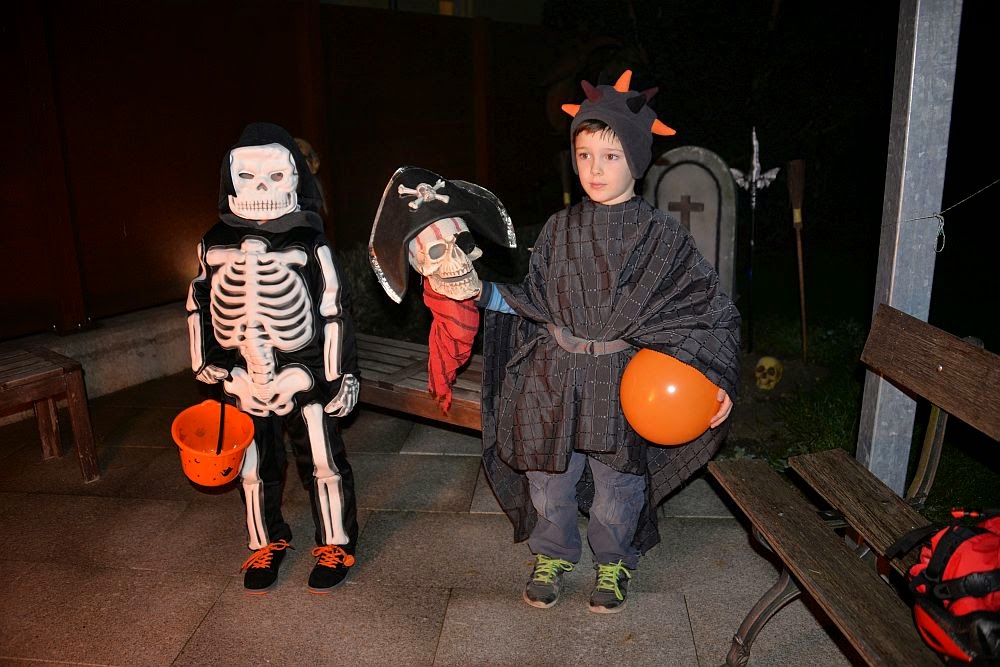 Oh, look, they picked up another skeleton guy and his sister! 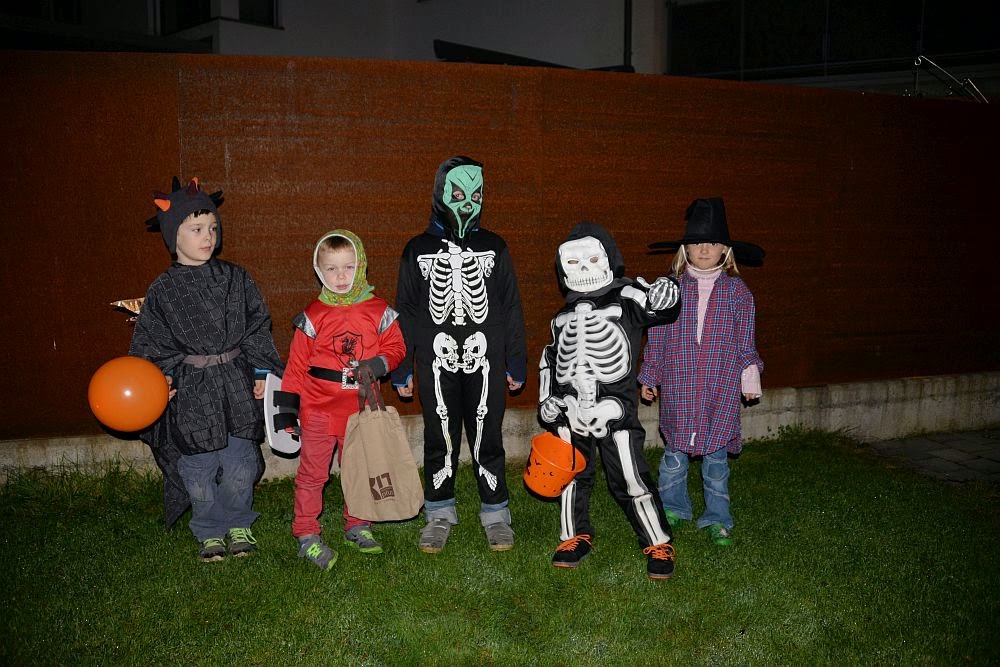 Not too old to paint the town red! 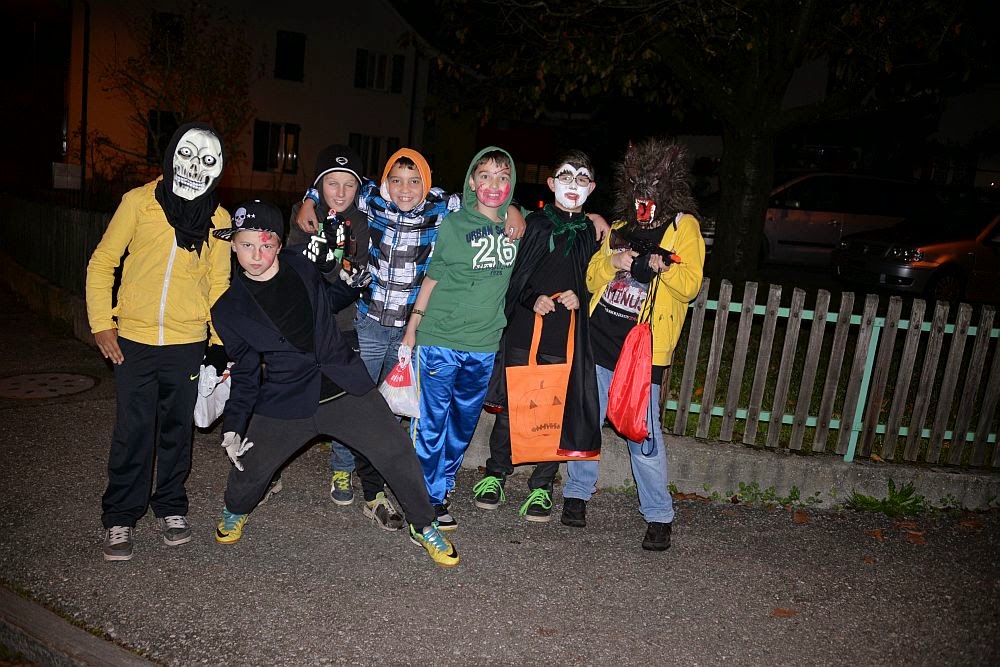 The kids weren't too interested in the regular food. Duh. Candy! 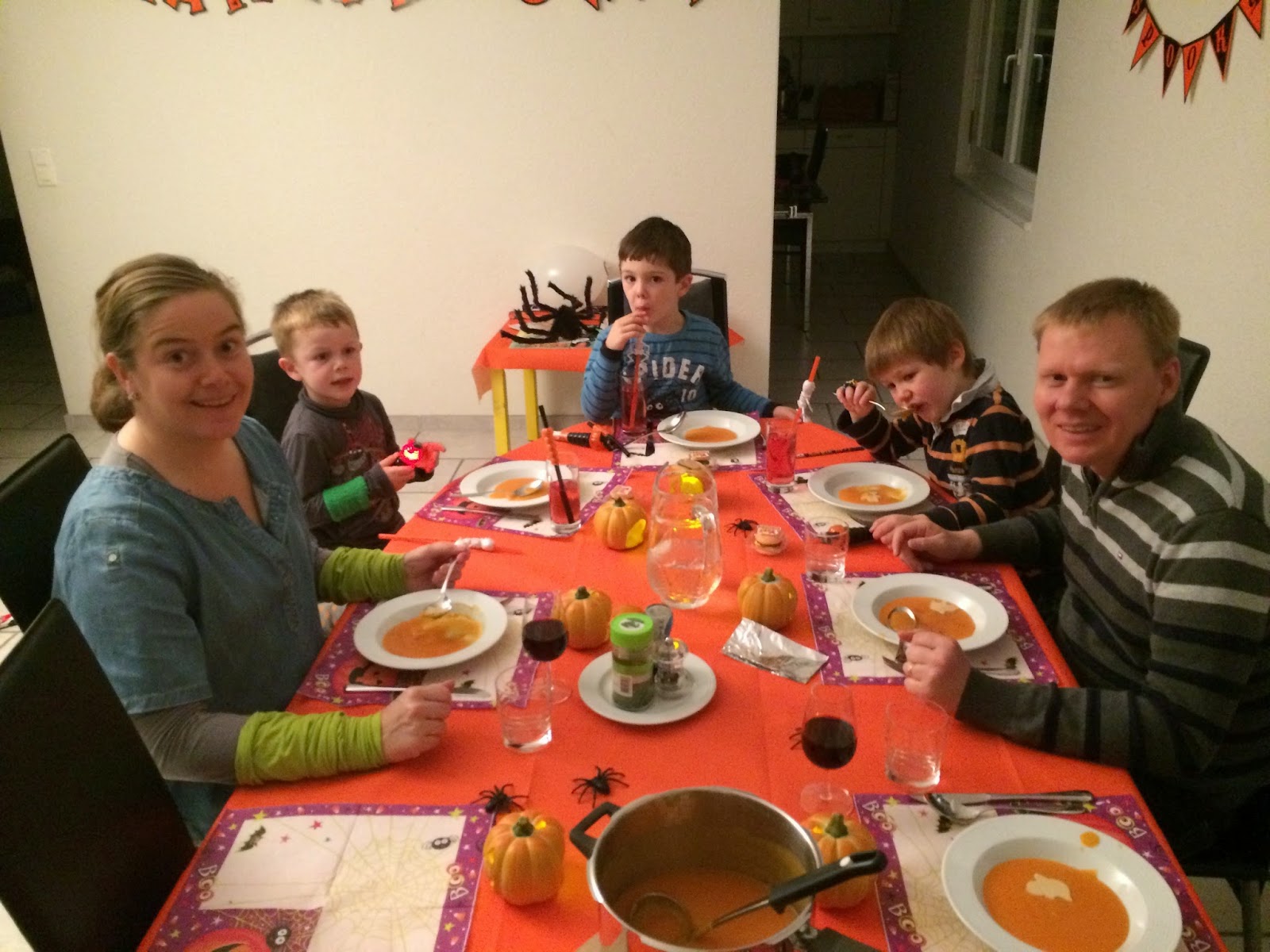 They did, however, try some skeleton gingerbread.

They'd better! I spent all Thursday at the kitchen and almost lost it because the chocolate frosting was getting hard to handle, and don't get me started on the royal icing.
It was looking much easier in the video tutorial!
I am not made for this!

The wooden sticks were much more patient with me.
Found the idea on my dear blogging friend's Michèle's Halloween crafts post: 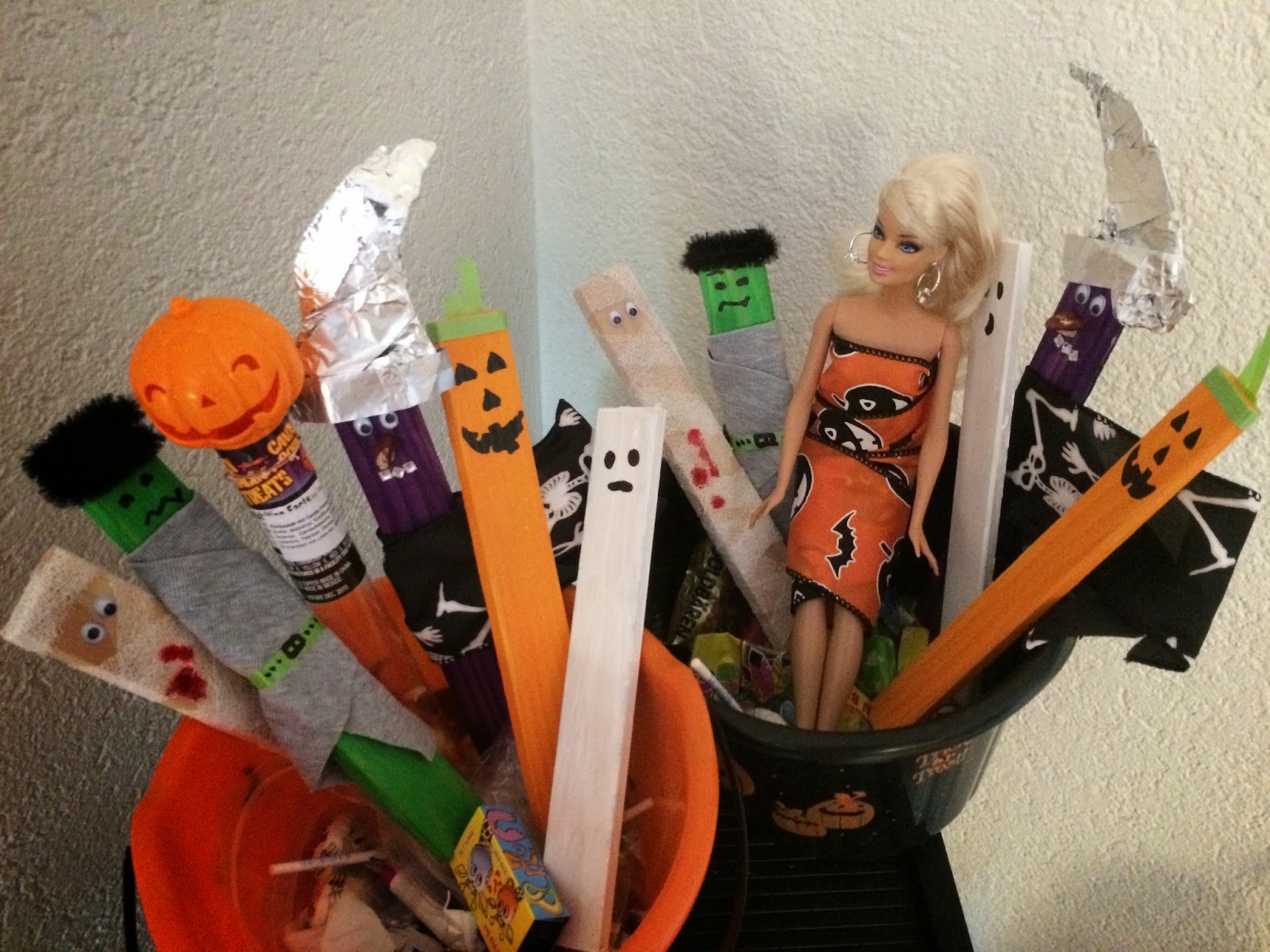 I'm a bit bummed. I was looking forward to that day for so long, and it was over in no time :-(

How was your Halloween?