How'd I do on the frugality challenge? 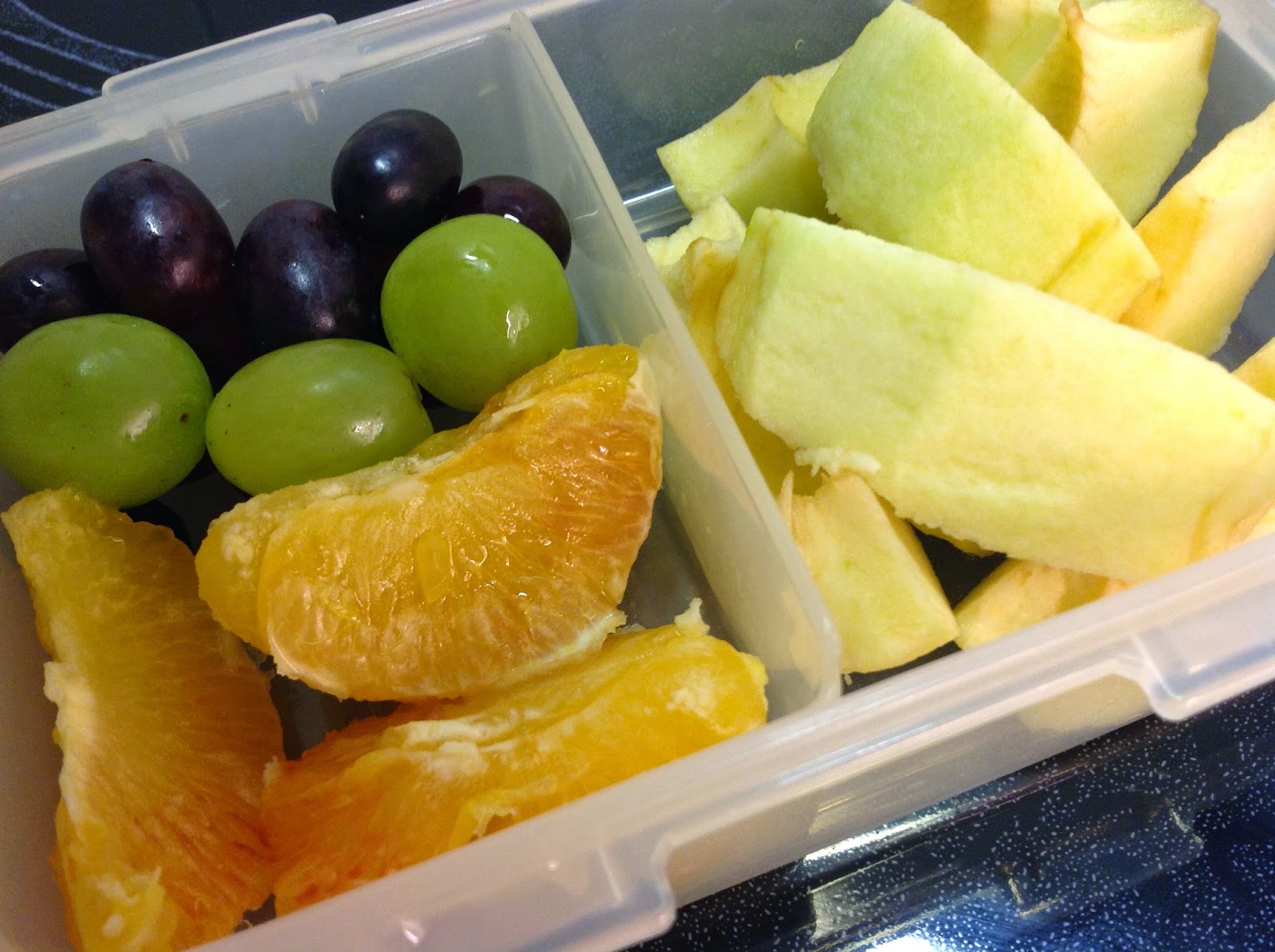 If you come here often, you are aware of my January pledge. I was trying to feed my family on 30 bucks per day. 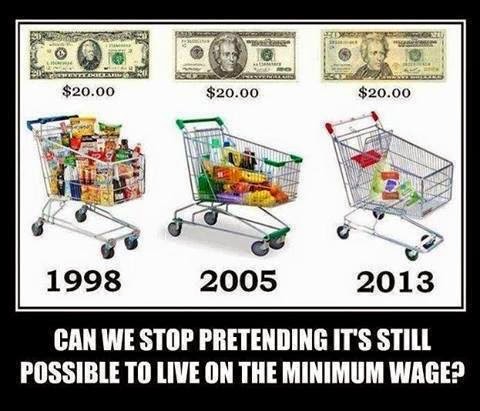 Unlike the folks who were being portrayed in that article I had the liberty to tackle my challenge in January, so I didn't have to face the scenario of not being able to afford a Christmas tree, gifts, baking goods, decoration items and a fancy Christmas eve dinner.

Today is January 29, and with some creative bookkeeping - I will tell you about a list that contains items I could have done without in a minute -  I ended up almost making it. Spent 50 bucks* too much on essentials. Not too bad.

*Can you believe auto-correct wanted me to say "I spent 50 pucks too much"?! Does this computer know I am a hockey mom?

Let me tell you about my main findings, in a random order:

Frozen food is expensive! I have never paid attention. I won't abandon it, though. It's just too convenient to have ready to eat veggies in the freezer at all times.
However I am not too impressed about buying a large package of ground beef and freezing smaller portions. Can't just throw it in the pan and expect it to thaw immediately! Frozen solid! Stubborn sob took 20 minutes! 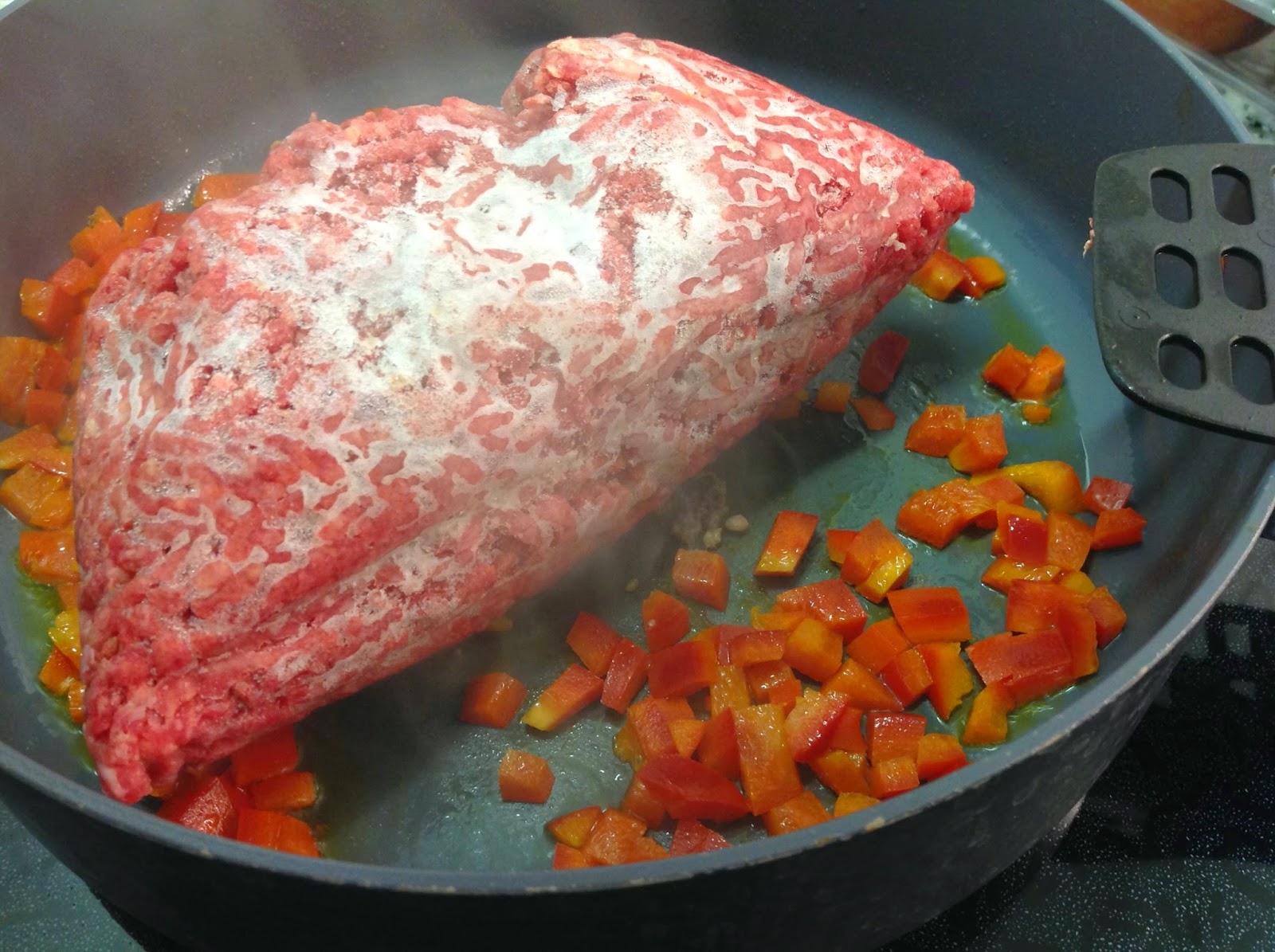 Diced tomatoes go really fast! I bought two six-packs on sale and thought they would last for a long time. Well, they don't in a house where people like their Italian food! 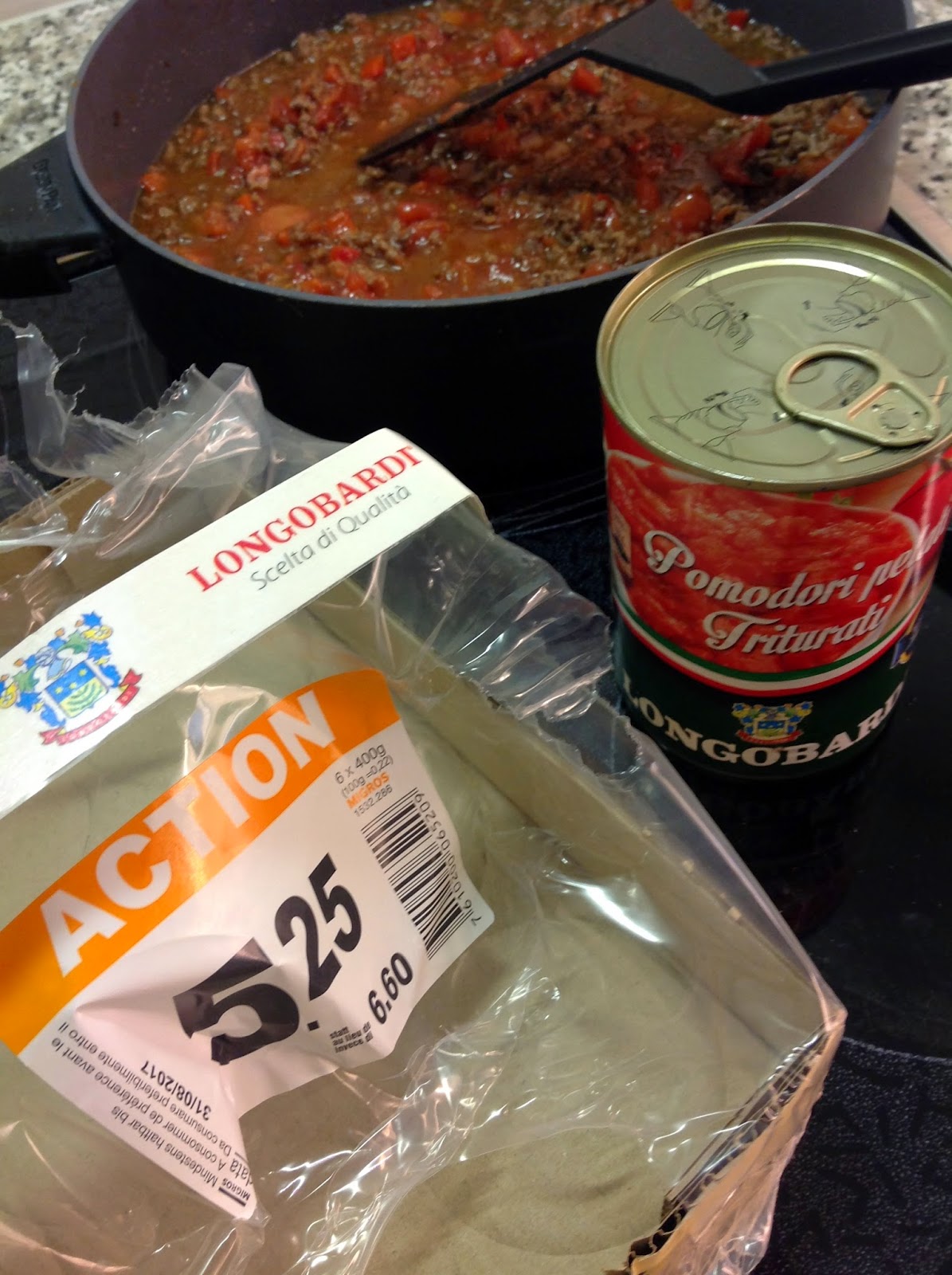 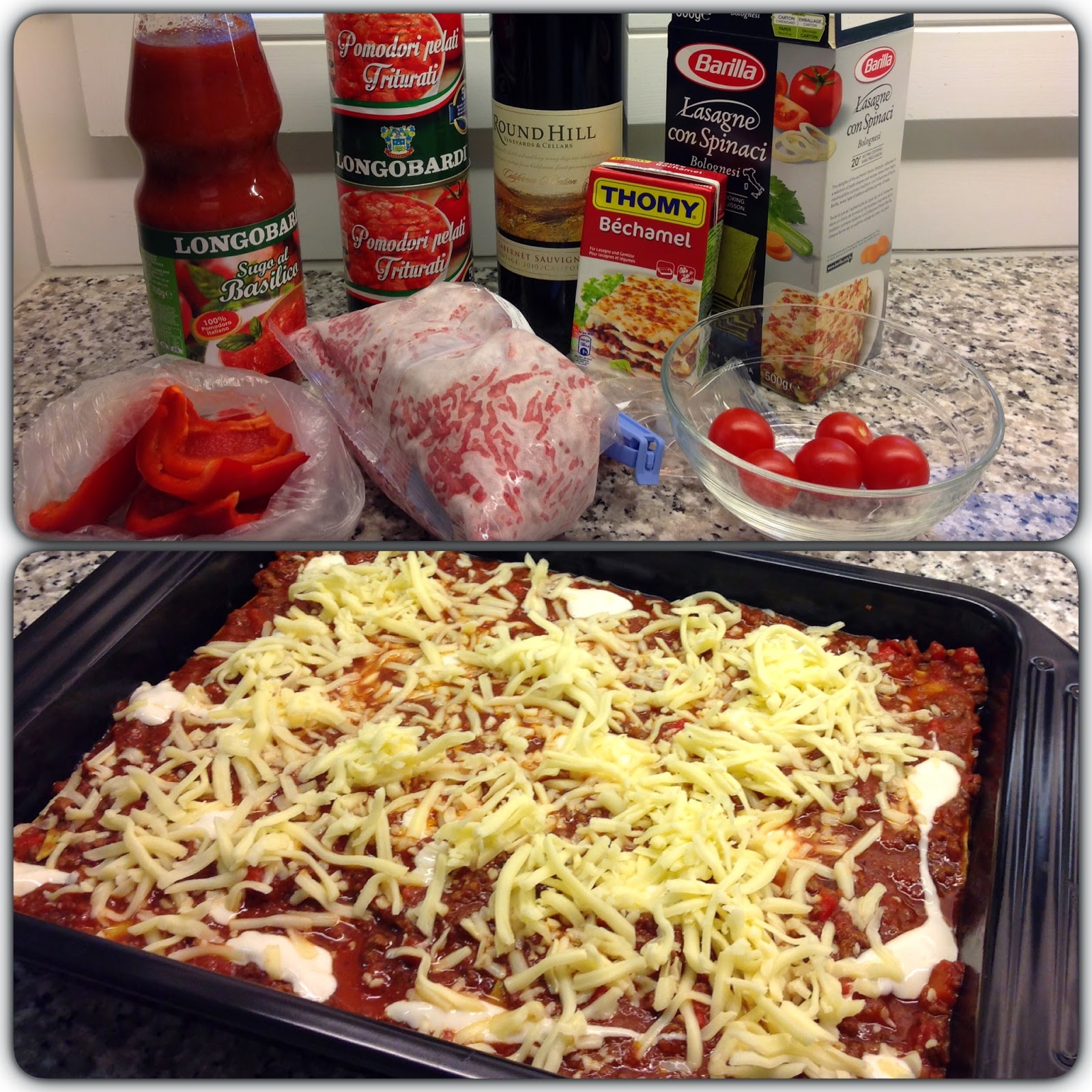 Having a weekly meal plan that includes items which are on sale would be a good thing. It'd go hand in hand with ordering online. Only order what's on the plan. Maybe I should make February the "meal planner month", what do you think, give it at least a try? Blog about almost making it and including a bunch of excuses a month later?

The first thing I would have to give up altogether if things became tough financially, would be my Coke Zero addiction. I drink about a four days' worth per month. Remember 1 day = CHF or USD 30.

I prepare snacks for Colin to take to school every morning. Why have I never made a box for myself, too? Most of the times on office days I purchase some salad bowls or sandwiches from the supermarket across the street, and it's not even yummy! 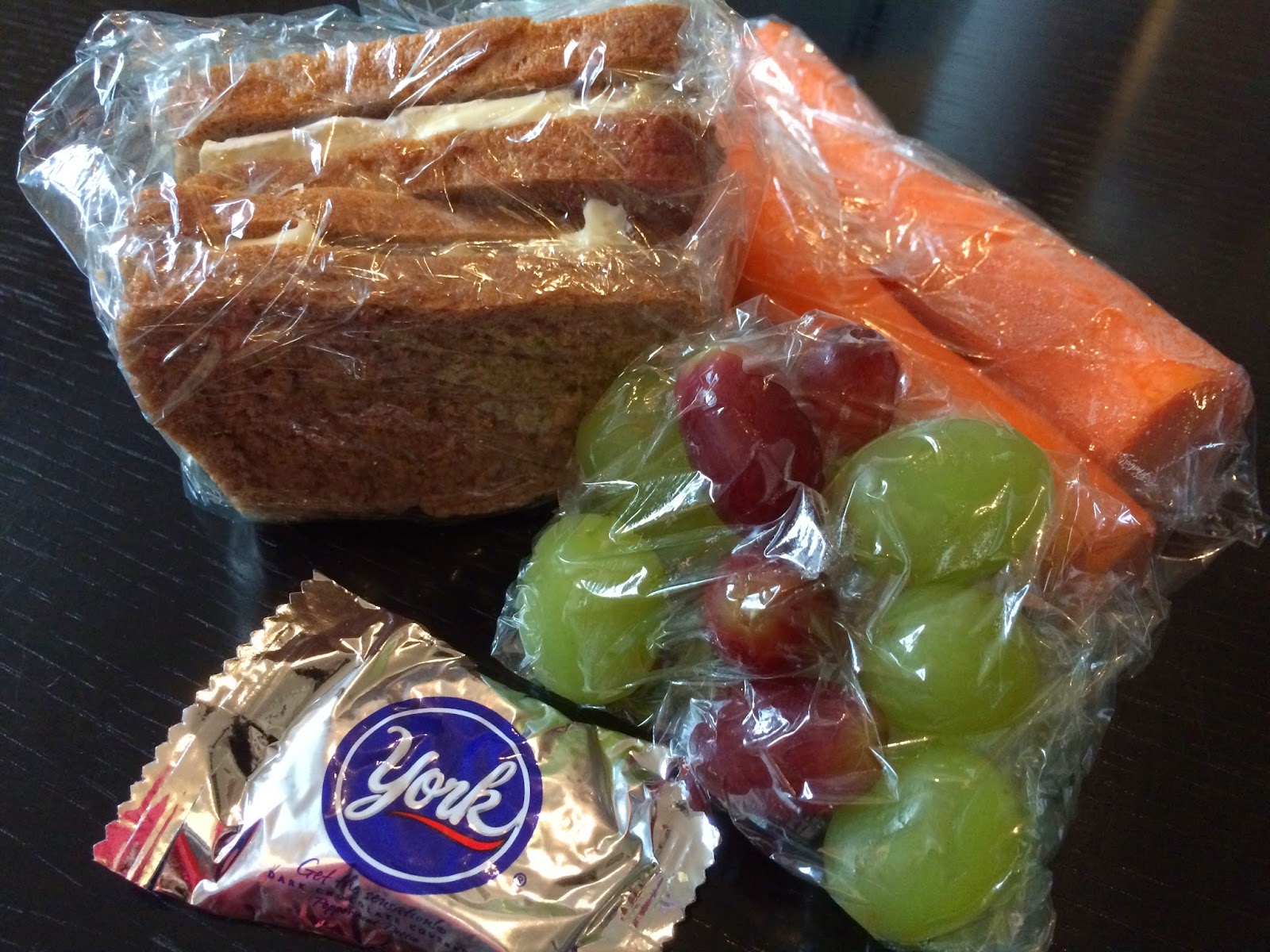 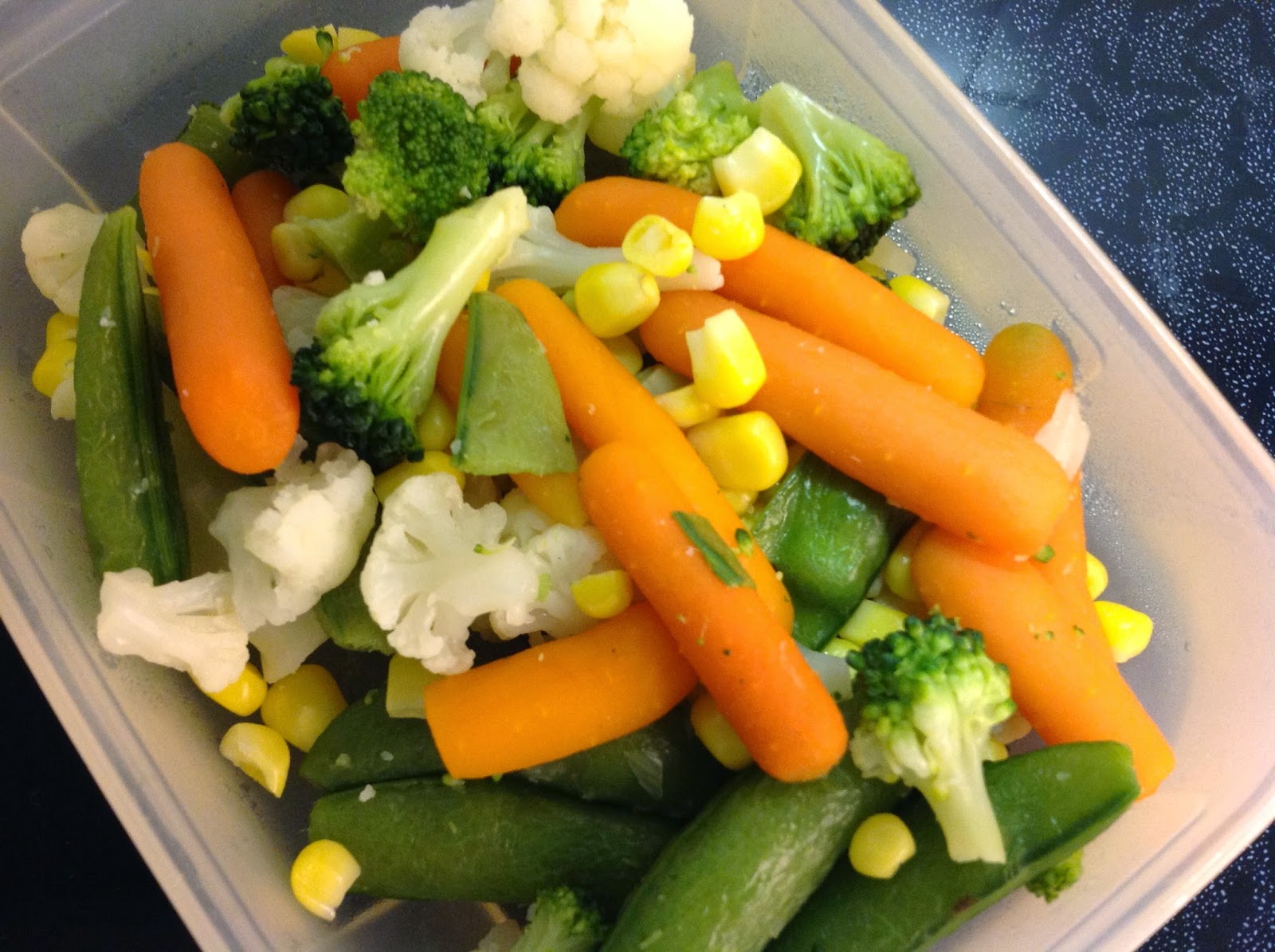 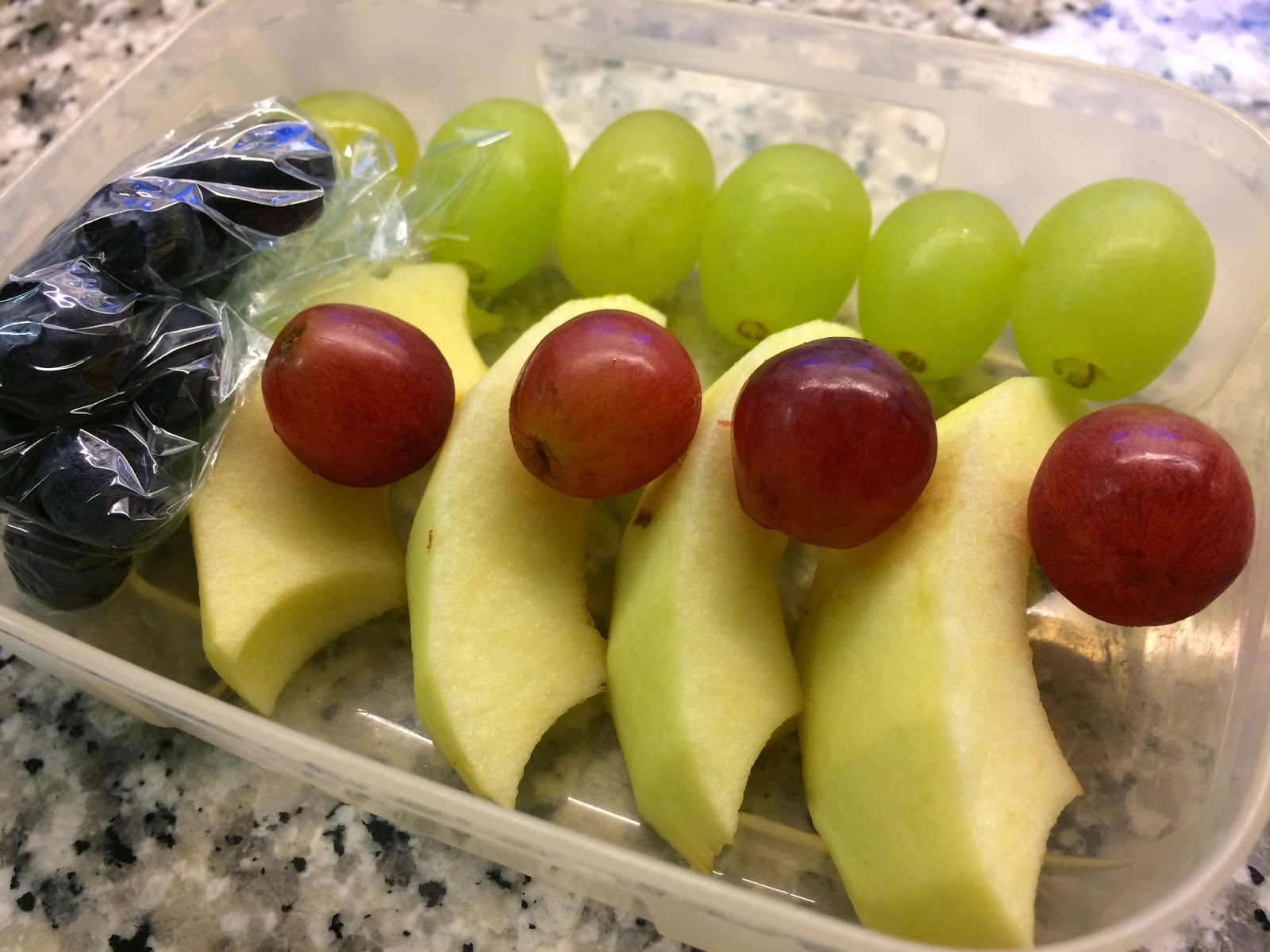 Socializing is what killed me the most. One day my neighbor texted me and asked if she could send over her three kids for an hour or so on Thursday. She and her husband needed to meet with their son's teacher at 5:45pm.
They have been living next door almost seven years, and this is the third favor she's ever asked. I looked after two of her kids one time when she had a doctor's appointment with the youngest. Plus she rang my bell once when she was pregnant and sick and needed a Coke.

Now myself… I don't know how many times I went over there to borrow an egg, some milk or flour, oh, and to use her washing machine when mine broke in the middle of a load and everything was soaking wet.

So OF COURSE I texted back saying her kids were welcome to play and also have dinner at our house. She hesitated because she didn't want me to have extra work. She was kidding, right, I had to make dinner anyway!
"Don't be silly, and when the two of you are done there's gonna be food for you, too! Consider it our Happy New Year's Party!"

That did the trick!

So it it's a party there's dessert, right? That's not what got me in trouble. On the contrary! I took it as an opportunity to upcycle some Christmas chocolate. Poor choc Santa's cause of death was melting... In favor of brownie batter. 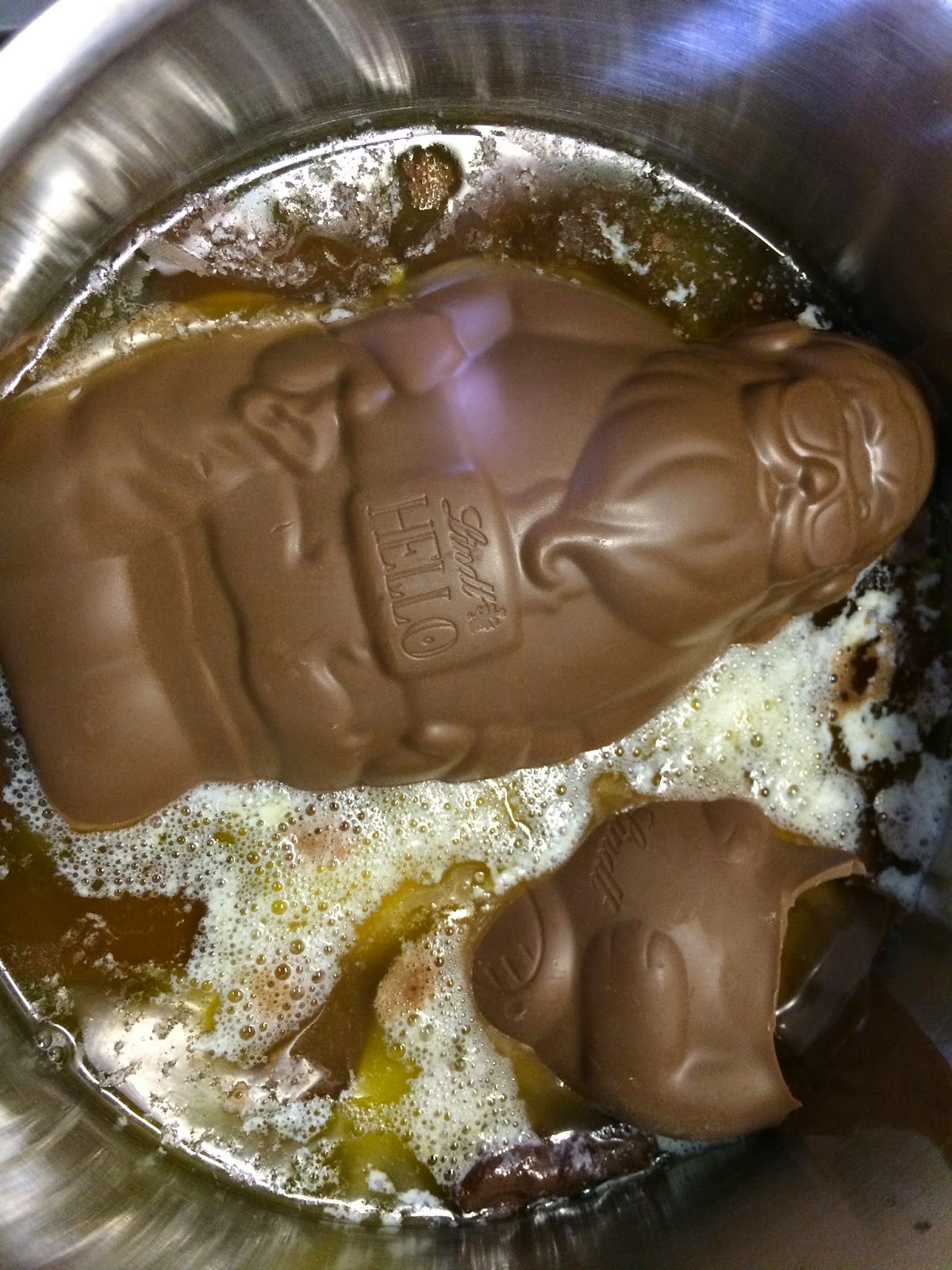 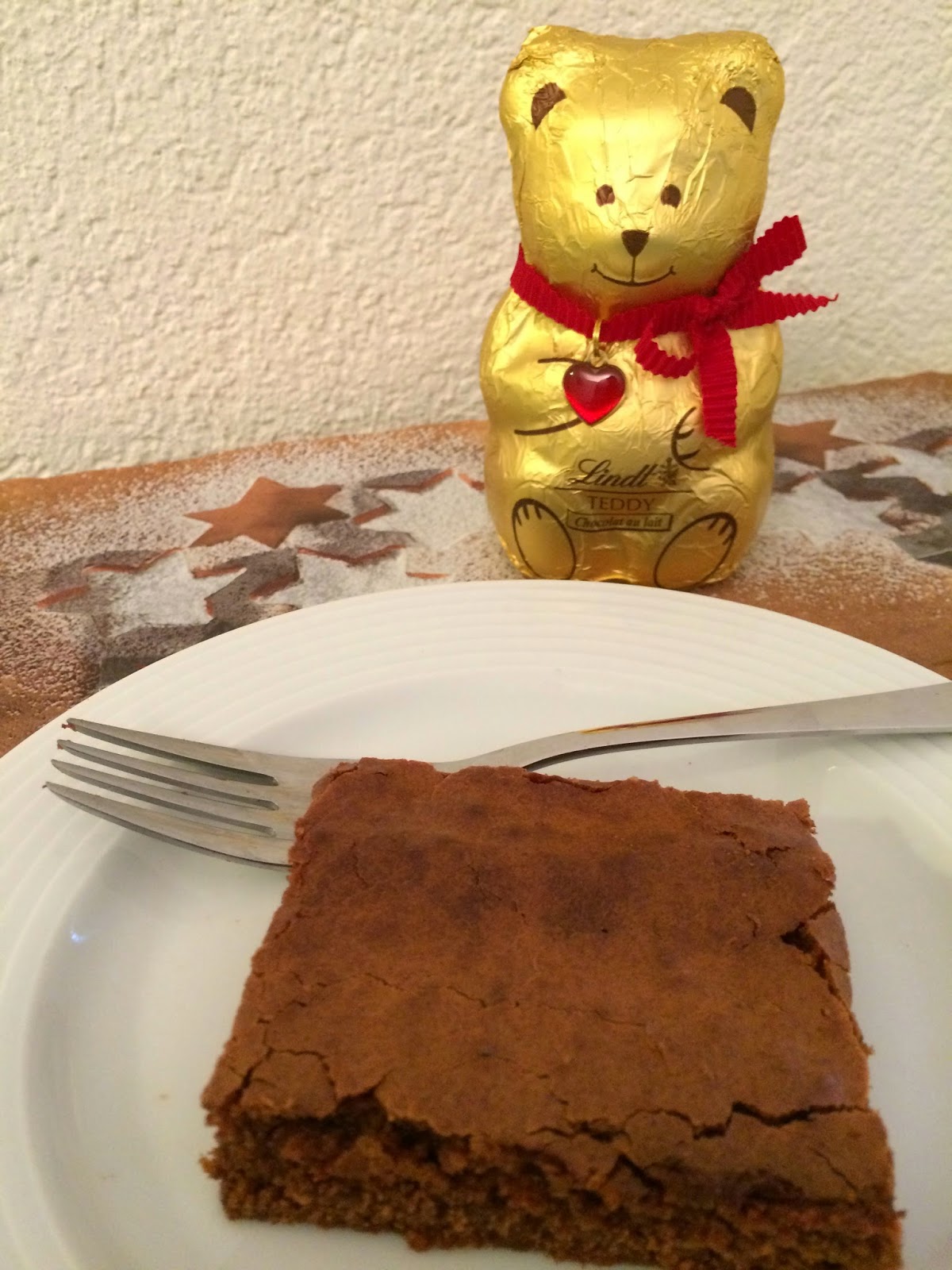 No, all of a sudden I realized I didn't have enough soup plates! I was going to make Spaghetti, and with kids at the table, flat dishes were not a good idea. Now of course I could have served the pasta on flat plates for the grown-ups and give the soup plates to the kids. Or ask the neighbors to BYO. But let's be honest, I was going to need a decent amount of proper plates sooner or later, and I kind of loved the opportunity. Only they cost more than two days worth of my budget, so they went on the list of "not absolutely necessary, spent the bucks anyway."

That list grew quickly. Meeting for coffee with a newly Swissed English speaking mom, gotta welcome the new kid on the block, right?

I bought two new pairs of jeans for Mr C. I could have gone to the second hand shop that belongs to my charity and probably spent half the amount than in retail. Opening hours are very inconvenient for me during the week so I would have to go on Sat morning which is my hang out in PJ time. I know, that's lame. On the other hand I bought them at the supermarket and not the mall. Because no mall this month!

He also unexpectedly needed sneakers in the middle of winter. Daycare wanted to spend an afternoon at the indoor climbing wall.

Then Colin got invited to the movies by his friends. They went to see the Paddington movie.

He didn't spend the money I gave him. His friend's mom took care of everything and didn't want to hear anything. Planes movie, remember? Thanks, D, in the name of the money challenge!


Back to our Spaghetti Party! The kids had a blast as you can see! 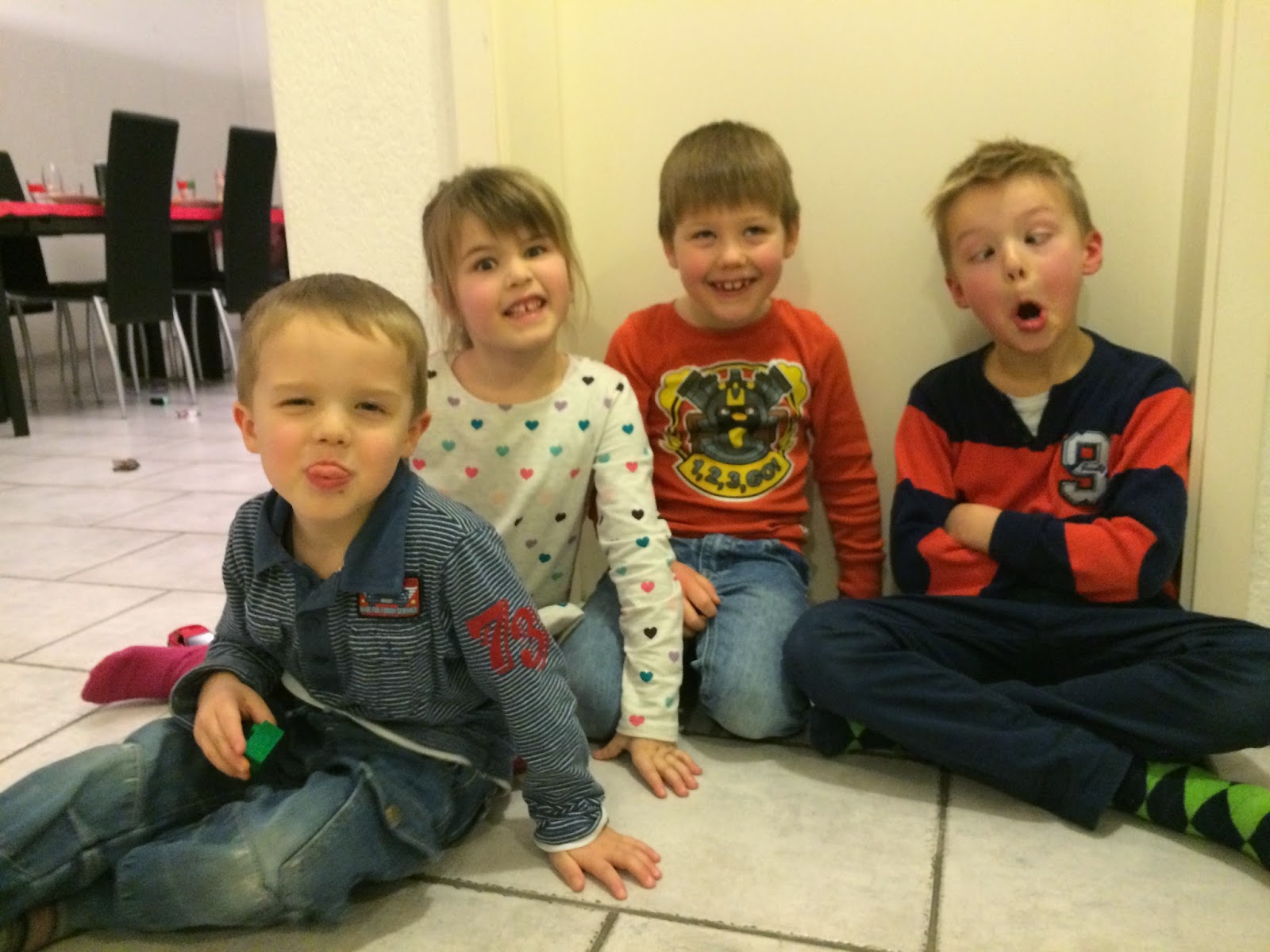 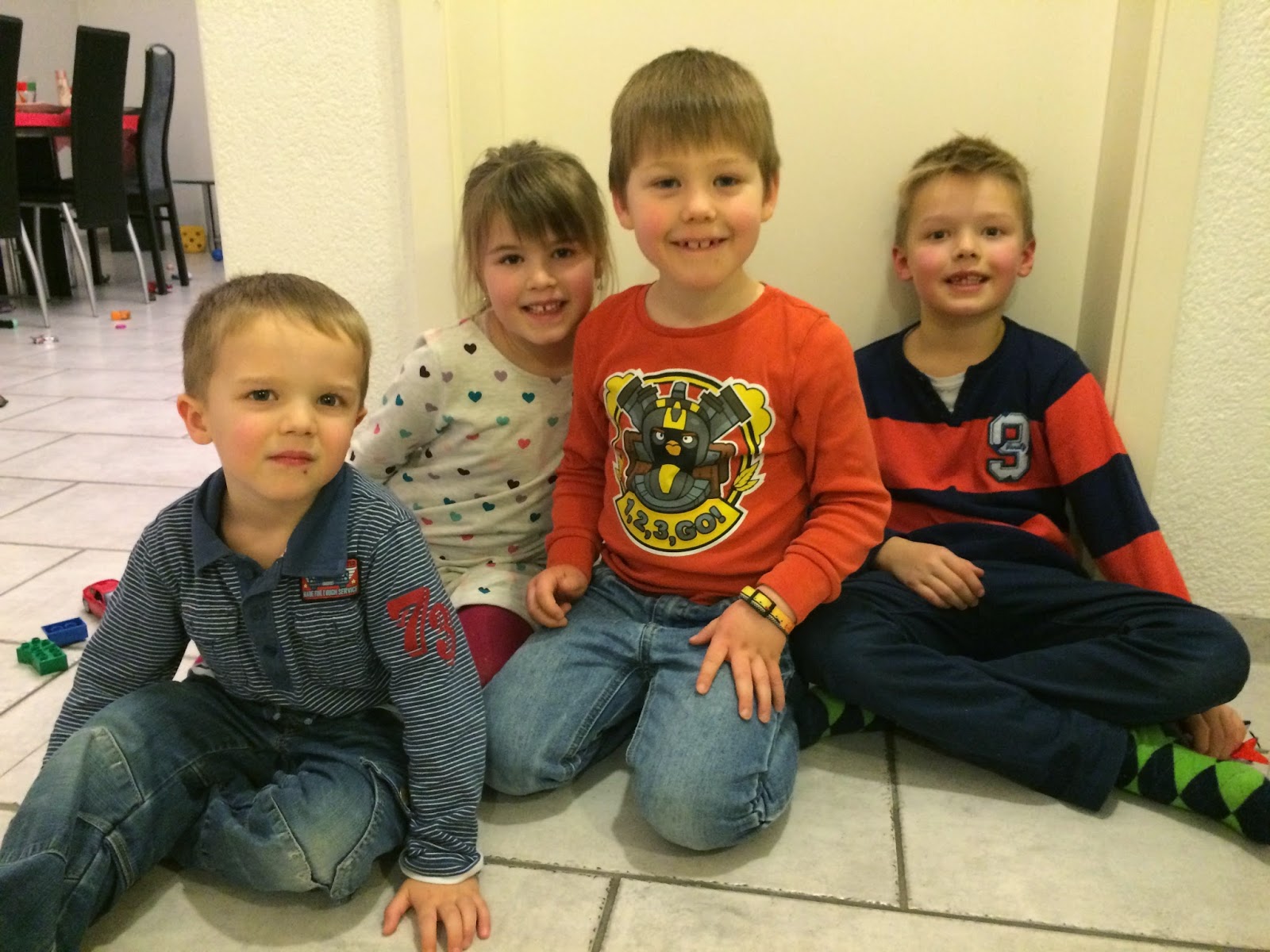 The grown-ups had some time to connect. It's kind of terrible how in winter you can live so close-by and hardly ever see each other! 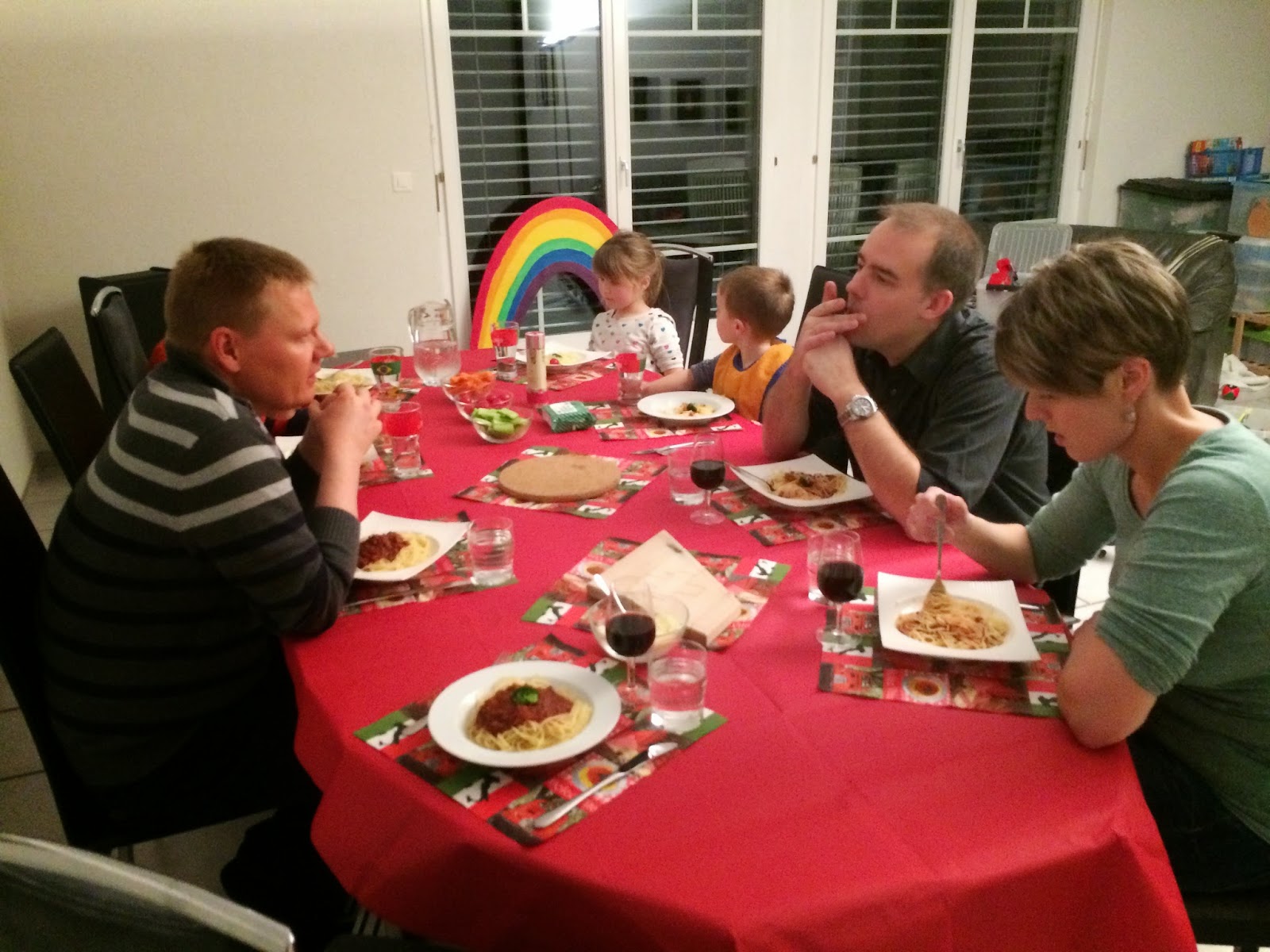 This is our regular plate: 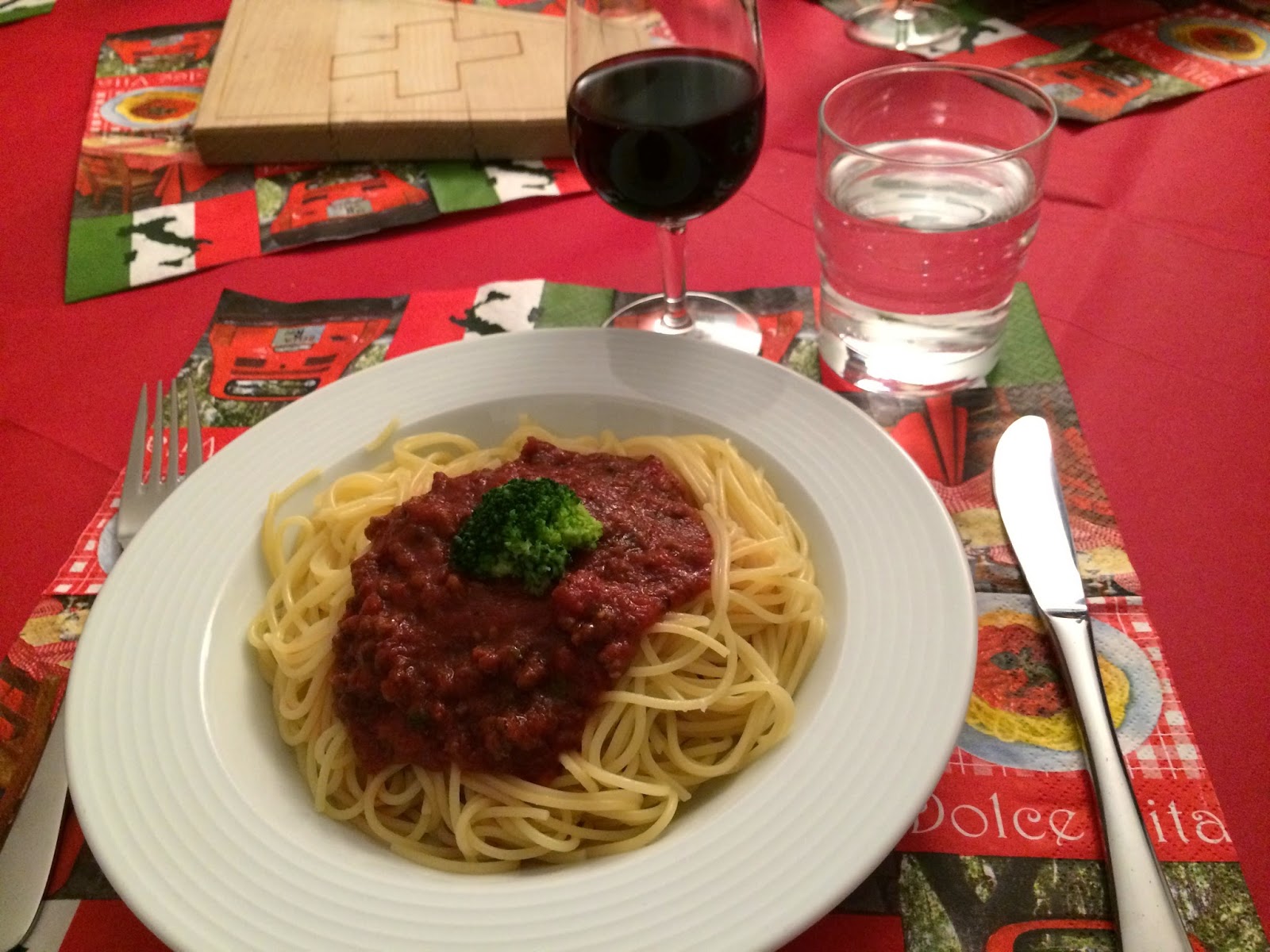 This is our new, fancy plate aka budget buster: 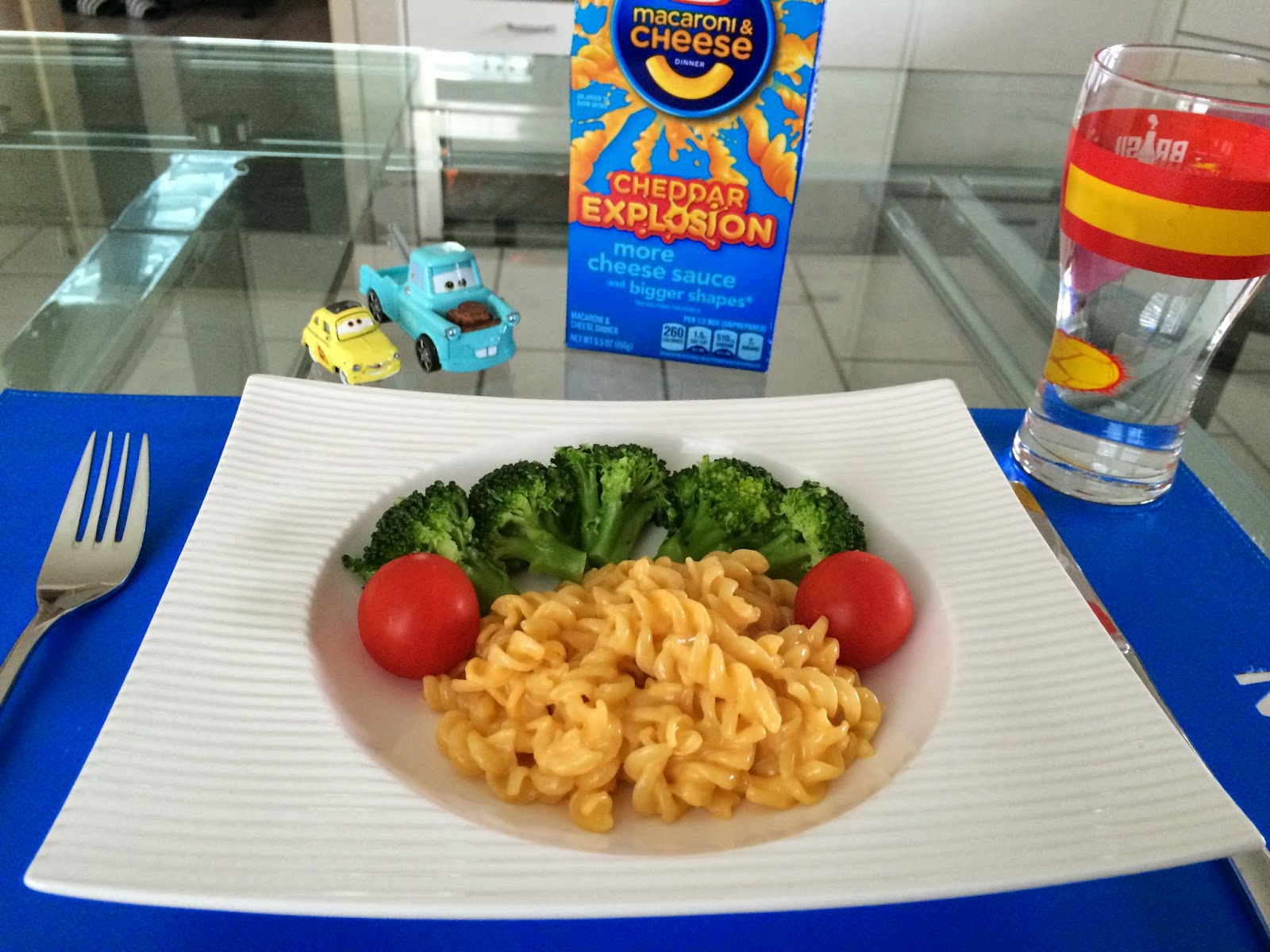 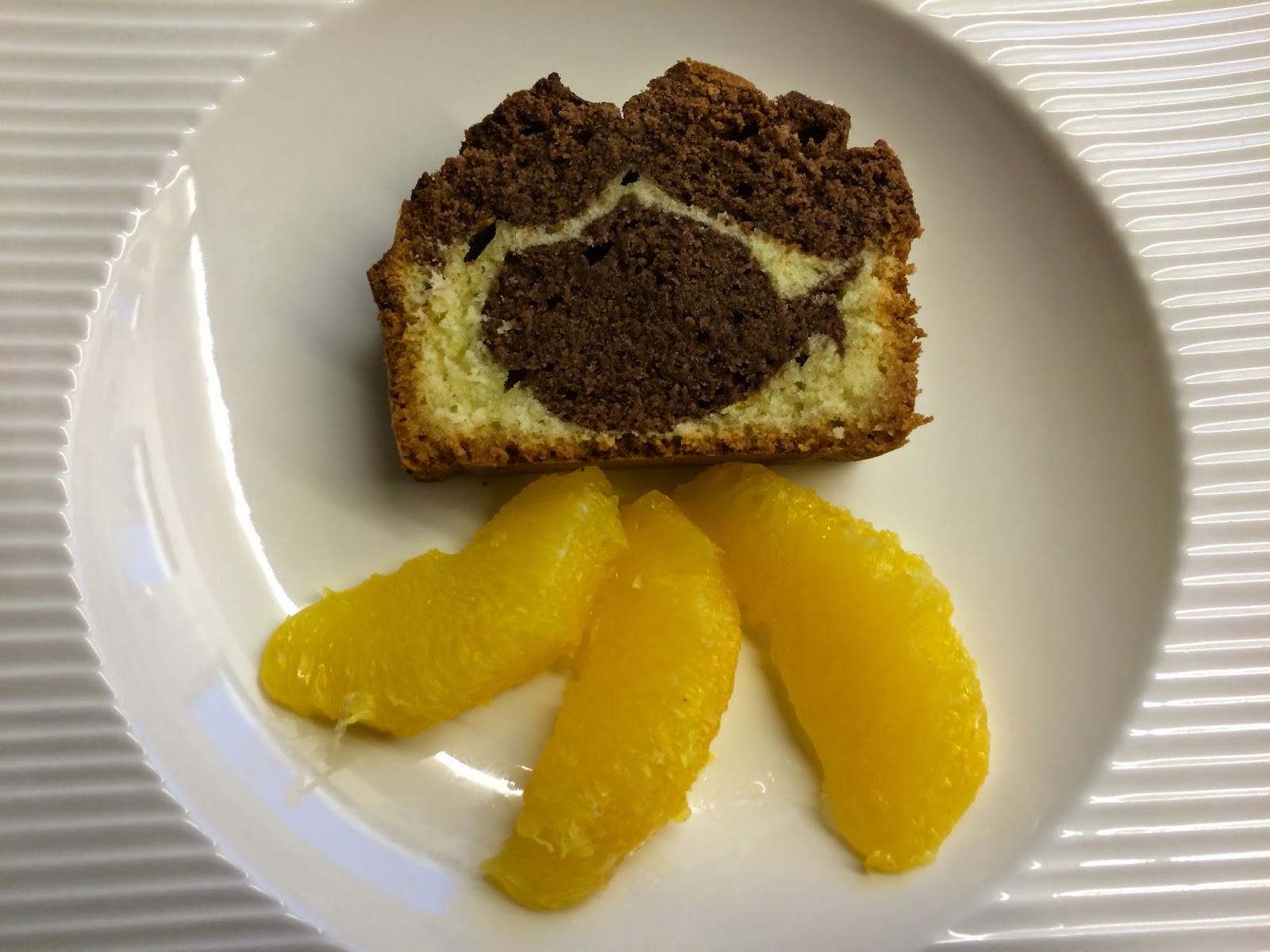 Speaking of socializing. Colin got invited to a birthday party. By triplets! Of which one boy is in his class. So what's the etiquette on gifts? One per kid, right? Now if THAT is not a case for the "not budgeted, spent the bucks anyway list". 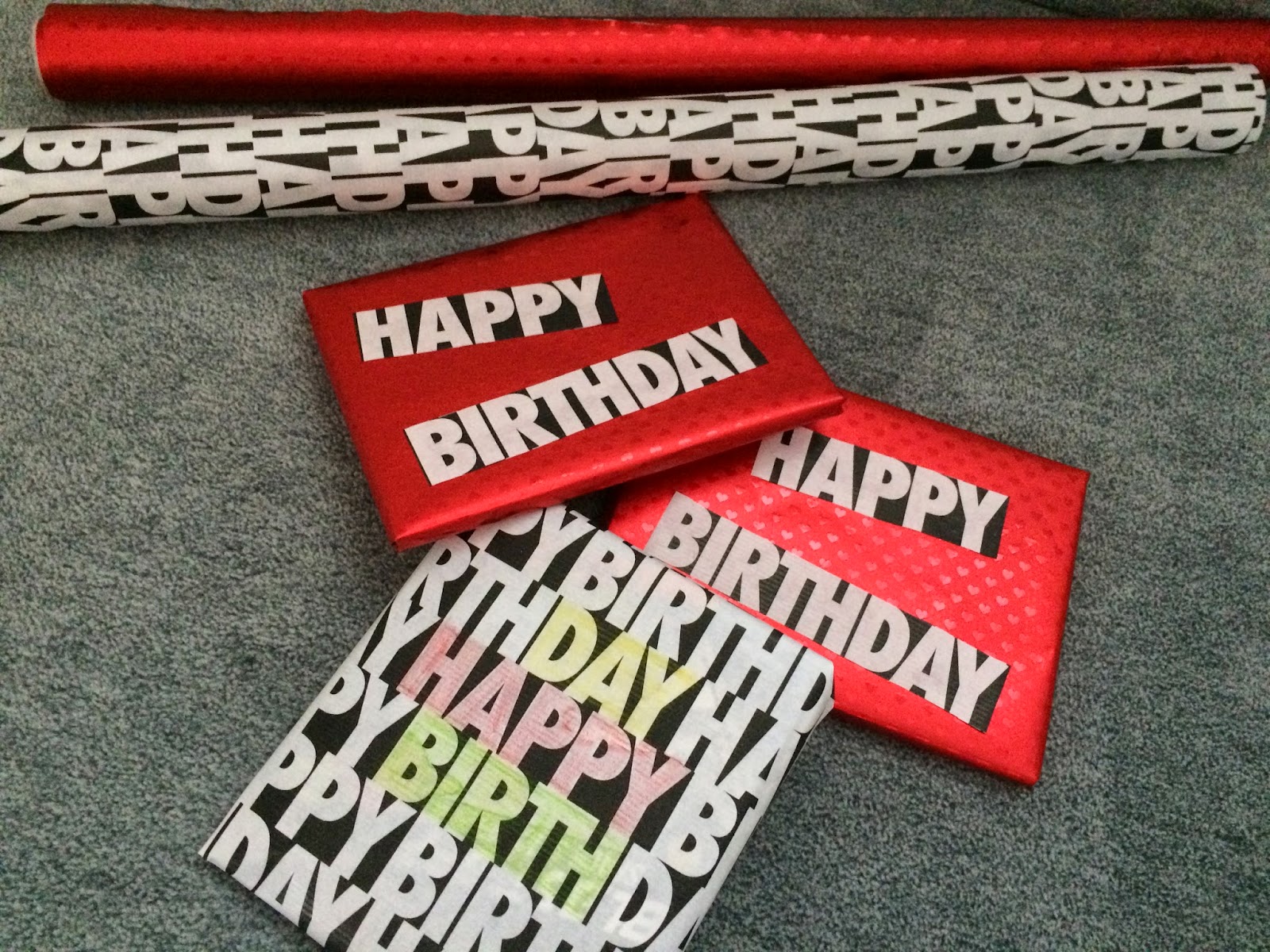 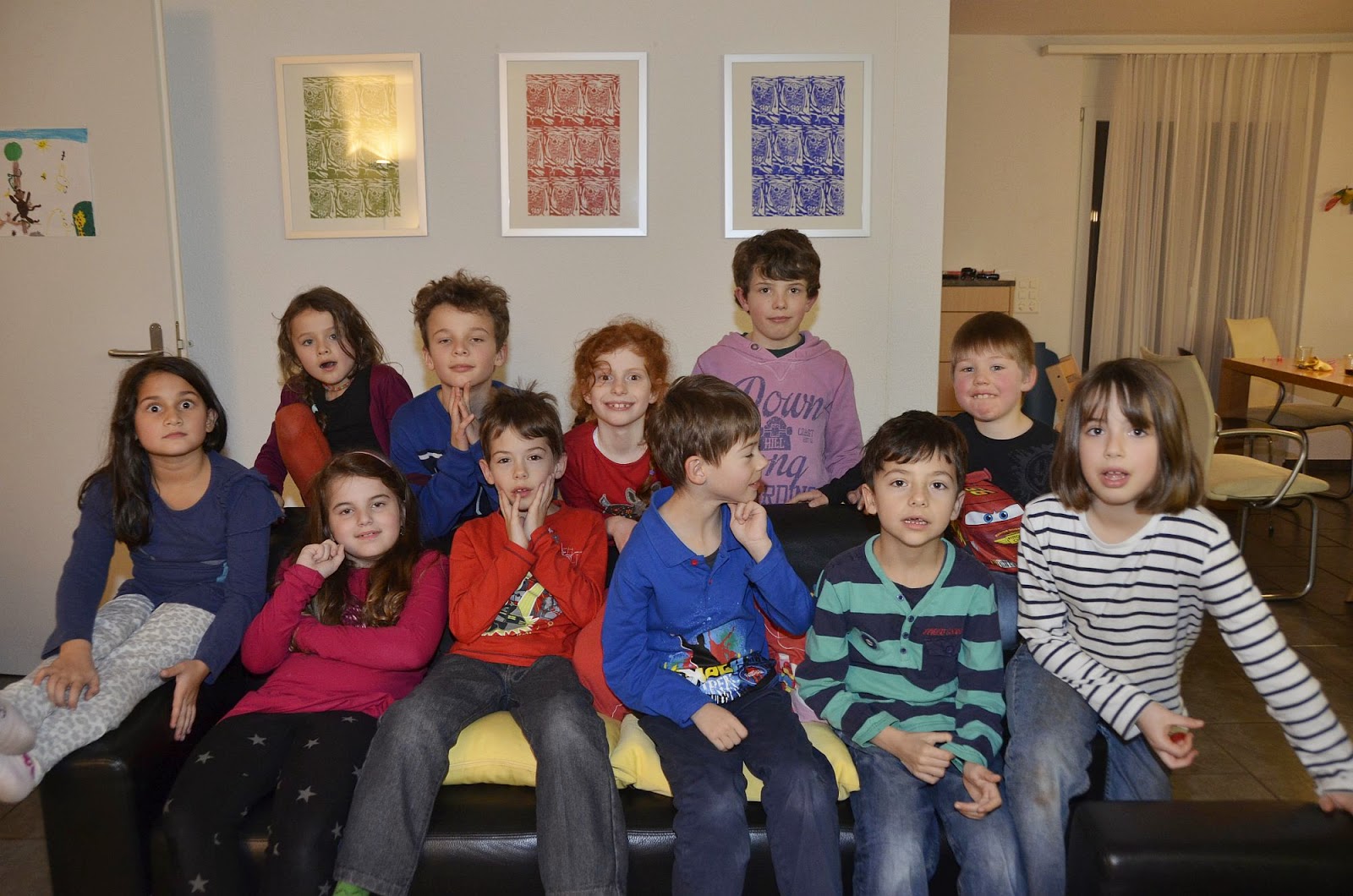 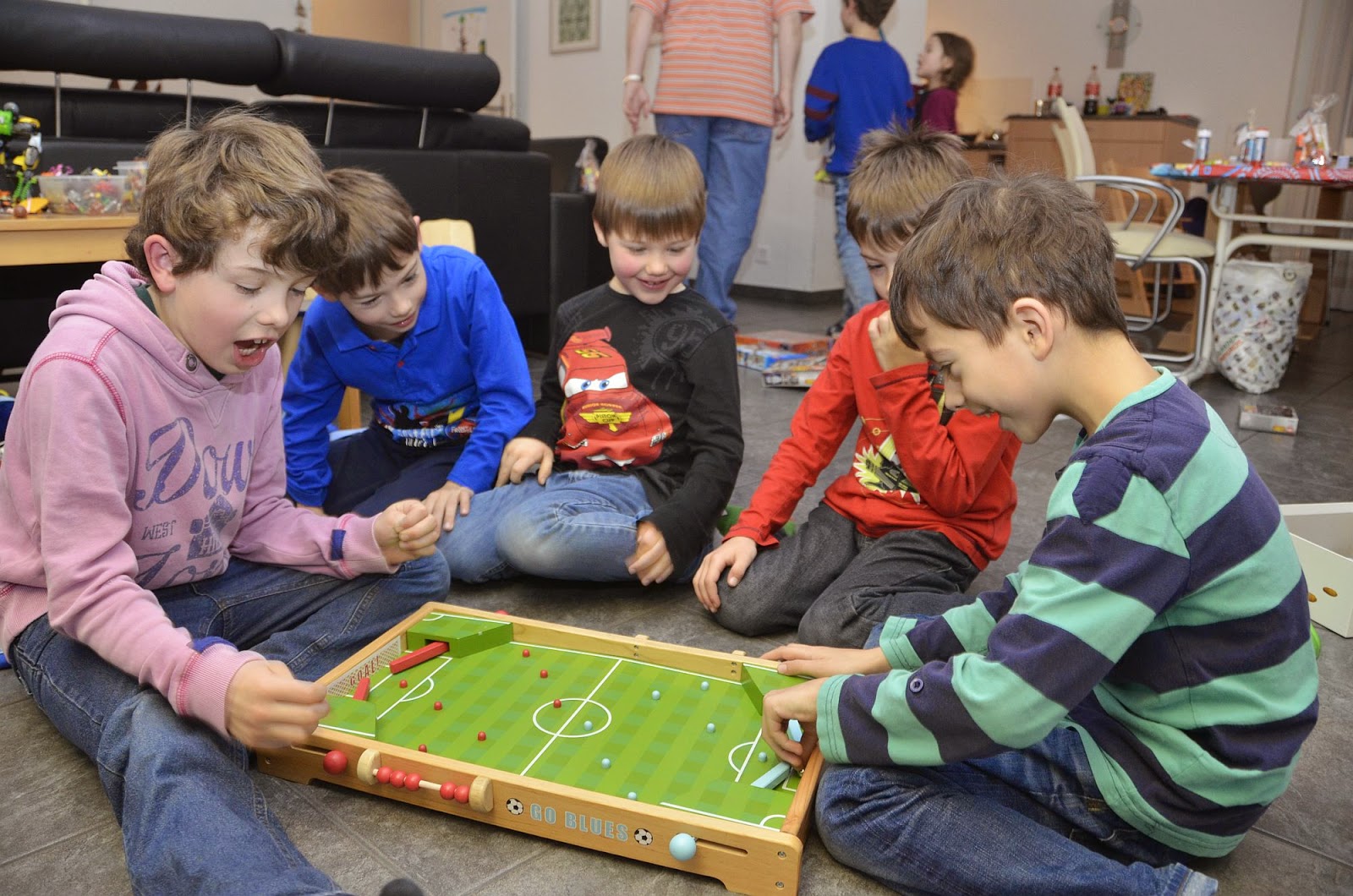 Then I had to introduce exception day. First day of school winter break. C needed a haircut. Which he  could get perfectly well just about anywhere. However, we like to make hair appointment day = day in the city. We had pizza, tried to catch snow with our tongues, played table soccer at the toy store, even went to Starbucks which doesn't go well with saving money. A haircut at the toy store kids' salon is on the pricey side, too. Well, if you calculate the popcorn and movie that is included, it ain't so bad anymore. 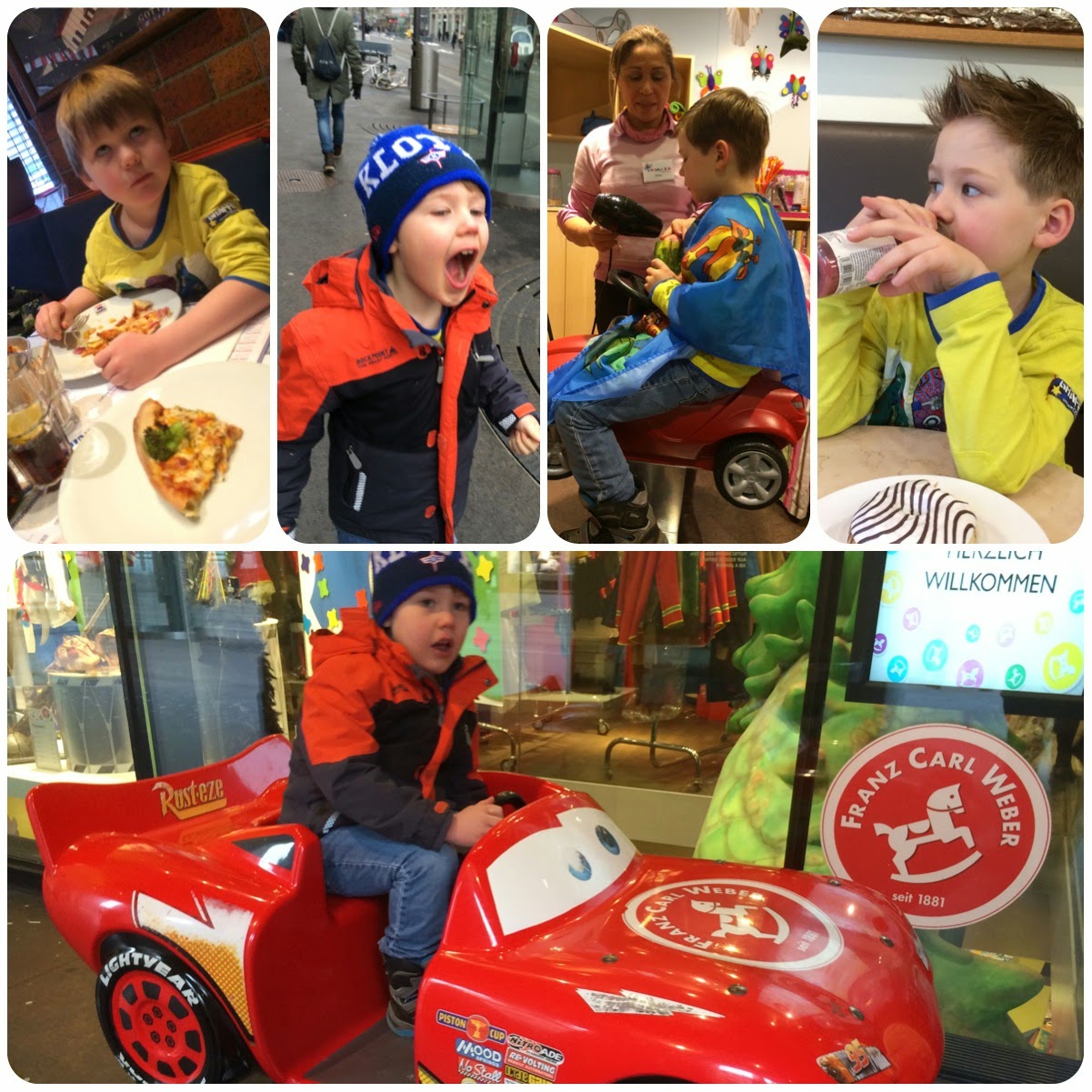 All in all I am still pretty happy about my achievements. Even if I didn't lose any weight, not even after being sick for a week.

So with the money I saved I went shopping... for yet another purse.

Kidding. Remember - I didn't set foot in the mall the whole month! This alone is reason to be proud.

Instead I became a member with a Facebook group dedicated to help out families in need. There are more than 1,600 members who would be happy about any kind of support - and about 30 helpers (who are called angels which makes me feel embarrassed). 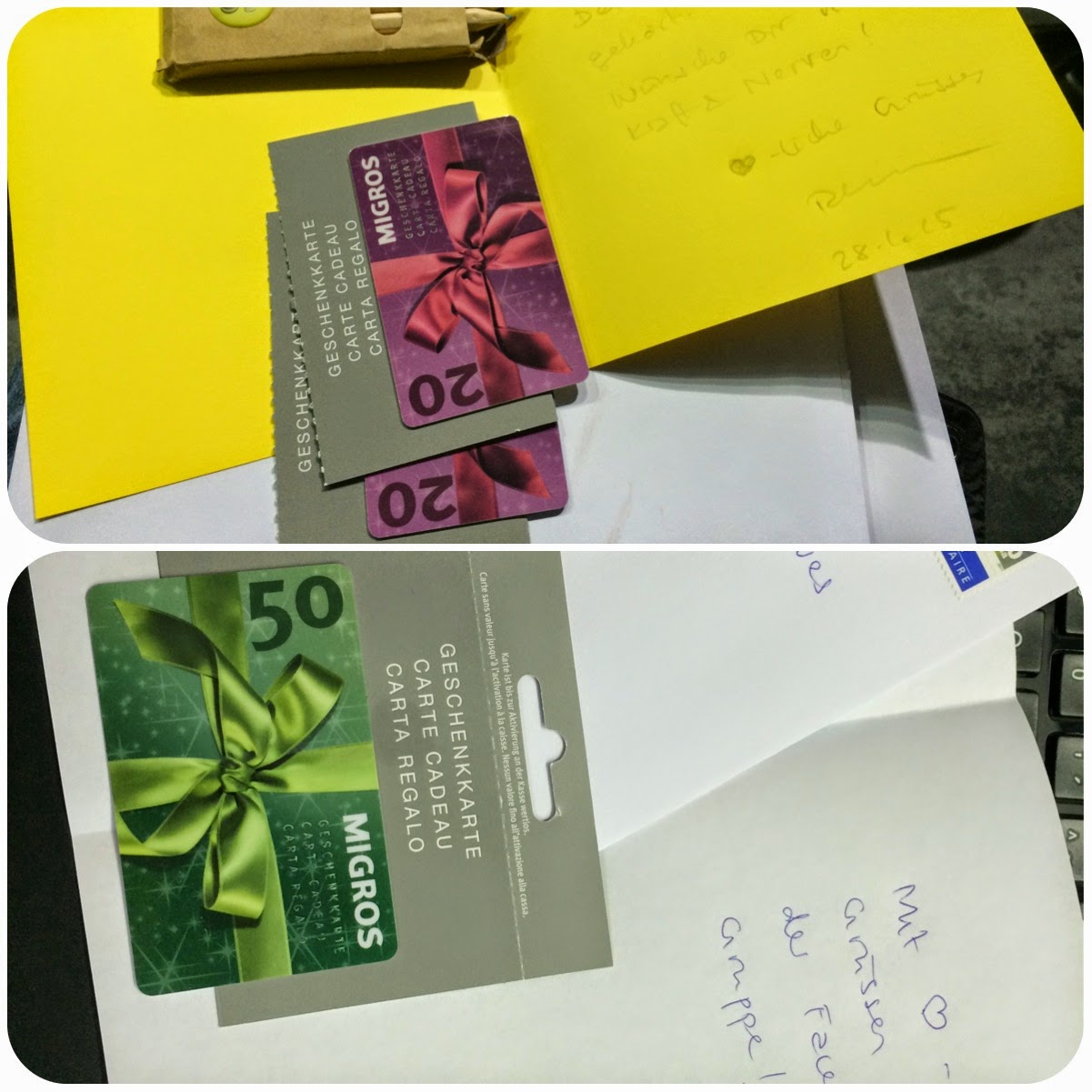 How was your January? Did you avoid the flu? Get some purging done? Work out? Smile a lot?