How do go shopping in your PJs

February 28, 2015
Some days are different from others. Today was one of these days. We went shopping in our PJs.

How can you do that? 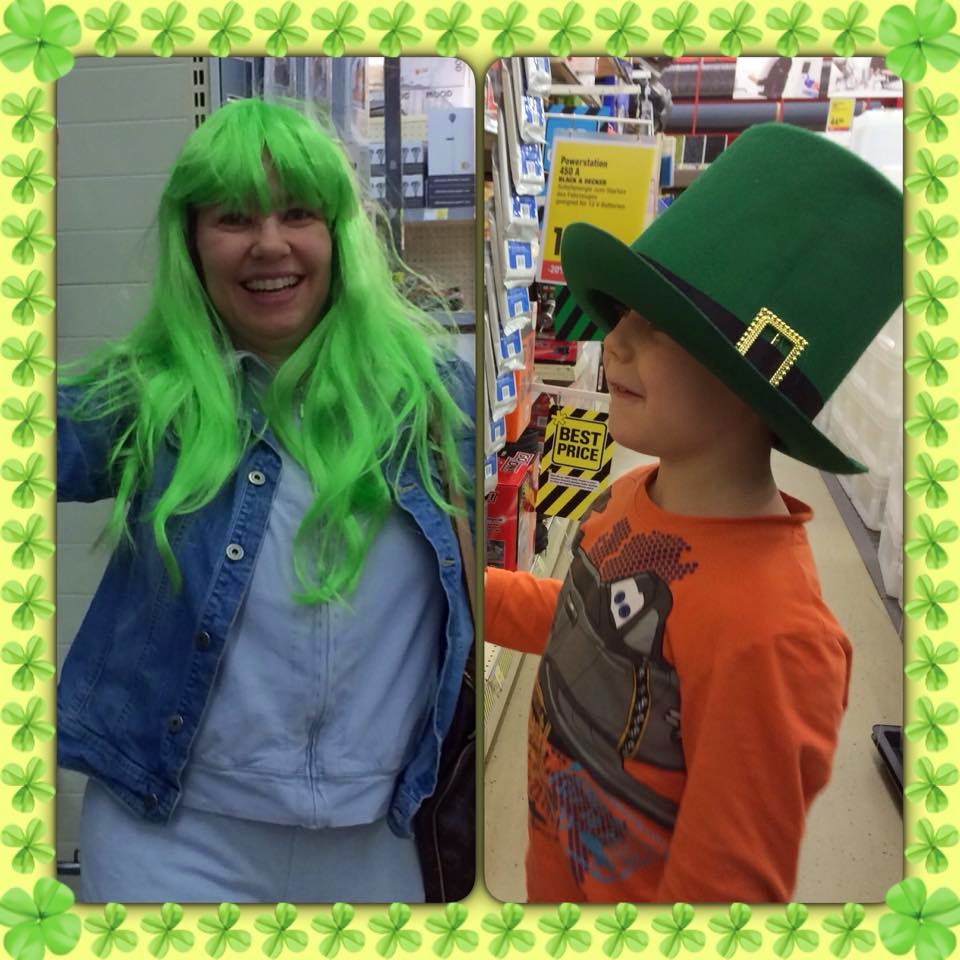 That's what we did.

But why? And what's with the wig and the hat?

See, our shower head broke. After the heating and the dryer it was the shower head's turn.

This morning hubs got ready to go to work. Just before he was leaving he casually asked if I had heard about #TheDress?

Baahahahaha! Had I heard about it? It has been all over FB for the past few days. So much that people who usually express themselves in a polite manner, posted "I can't see another   #$@&%*! dress post!" To which other people - who probably spend slightly less time on social media - innocently asked what particular dress they were talking about? Maybe one that some movie star was wearing for the Oscar show?
Anyway, as it turned out, hubby saw a white and gold dress, whereas I saw blue and brown/gray. I was still very sleepy and didn't really care. He found it fascinating. I was like "you know there are different pics circulating. Which one did you see?" 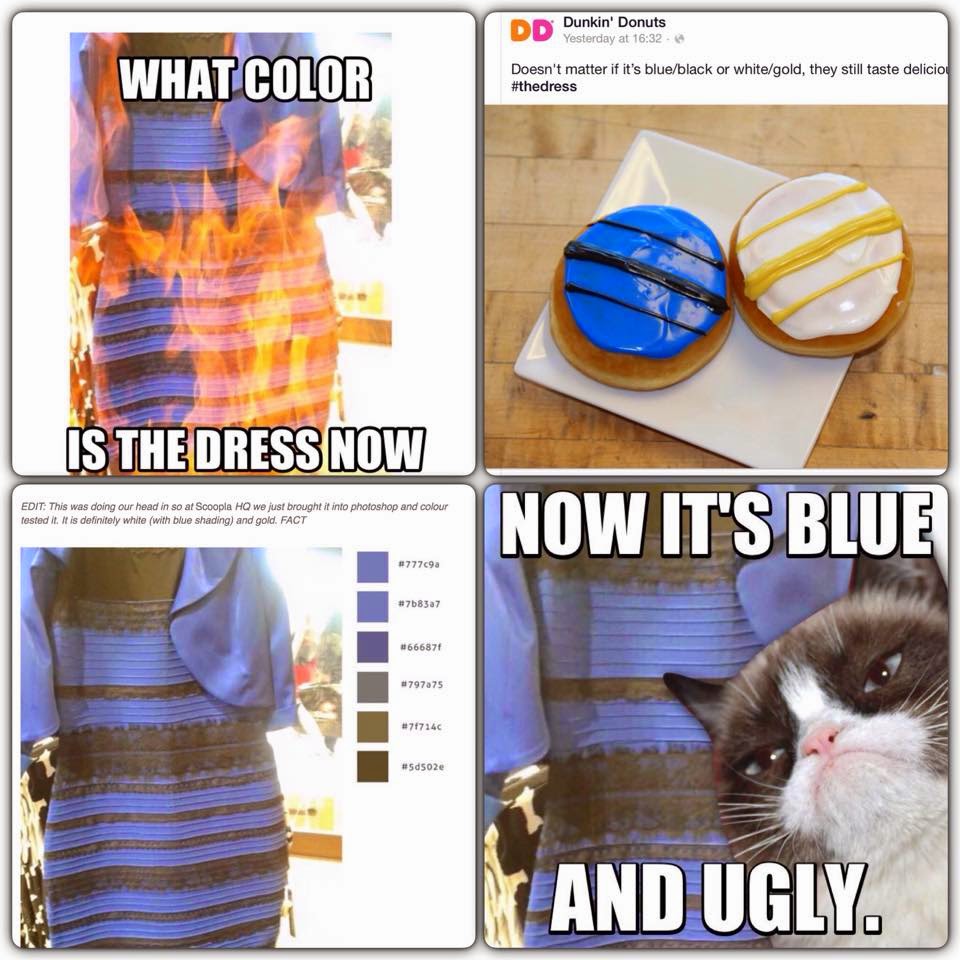 For the sake of it, he called Colin, and of course he said "white and gold". That was that.

After hubby was gone I told C that at some point we needed to go to Jumbo (Swiss Version of Home Depot) and get a new shower head. And because I was not going to take another runlet shower I was probably going shopping in my PJs. I said it half jokingly, but he grinned so broadly that an idea was born that very moment. Well, until he realized that I expected him to join me. NO WAY! He said. PEOPLE ARE GONNA LAUGH AT US!

They will probably stare at us, but they won't have the courage to openly laugh at us, I told him. And if they do, we can still stick our tongue at them!

He was very worried, and I said if anybody had to worry it was me. Look at my hair, it's a mess! He shrugged. WEAR A HAT!

Brilliant! I am wearing the leprechaun hat, I exclaimed.

NO, I WANT THE LEPRECHAUN HAT!

I thought you weren't coming?

WELL, MAYBE I AM NOW.

Allright, fine, I'll find something else to wear... 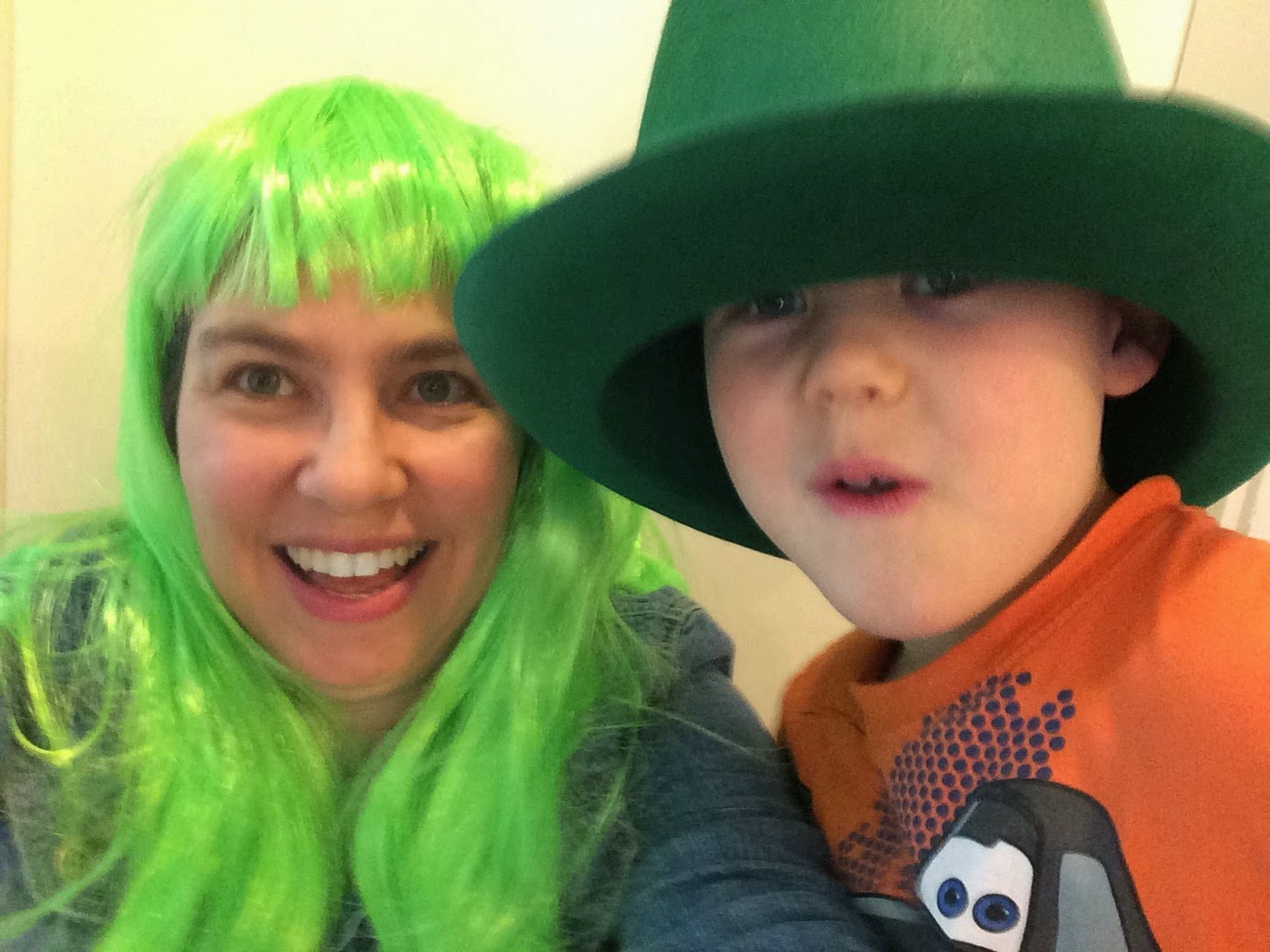 In the meantime I posted on FB and asked if anybody was feeling frisky and wanted to meet us there in their PJs. By the time we left the house there were a couple of likes and comments like "I have to work / I am sick, otherwise I'd join you". 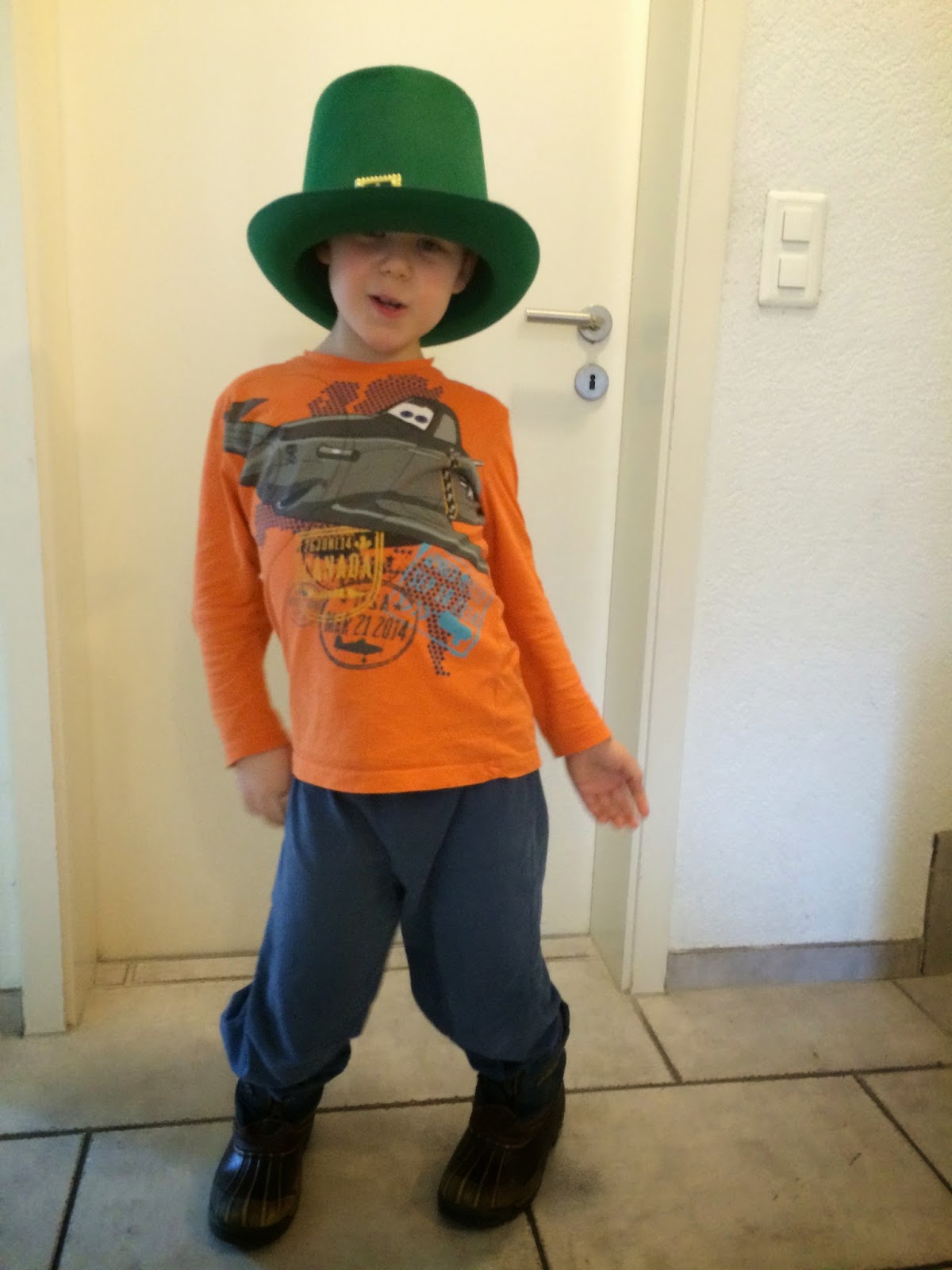 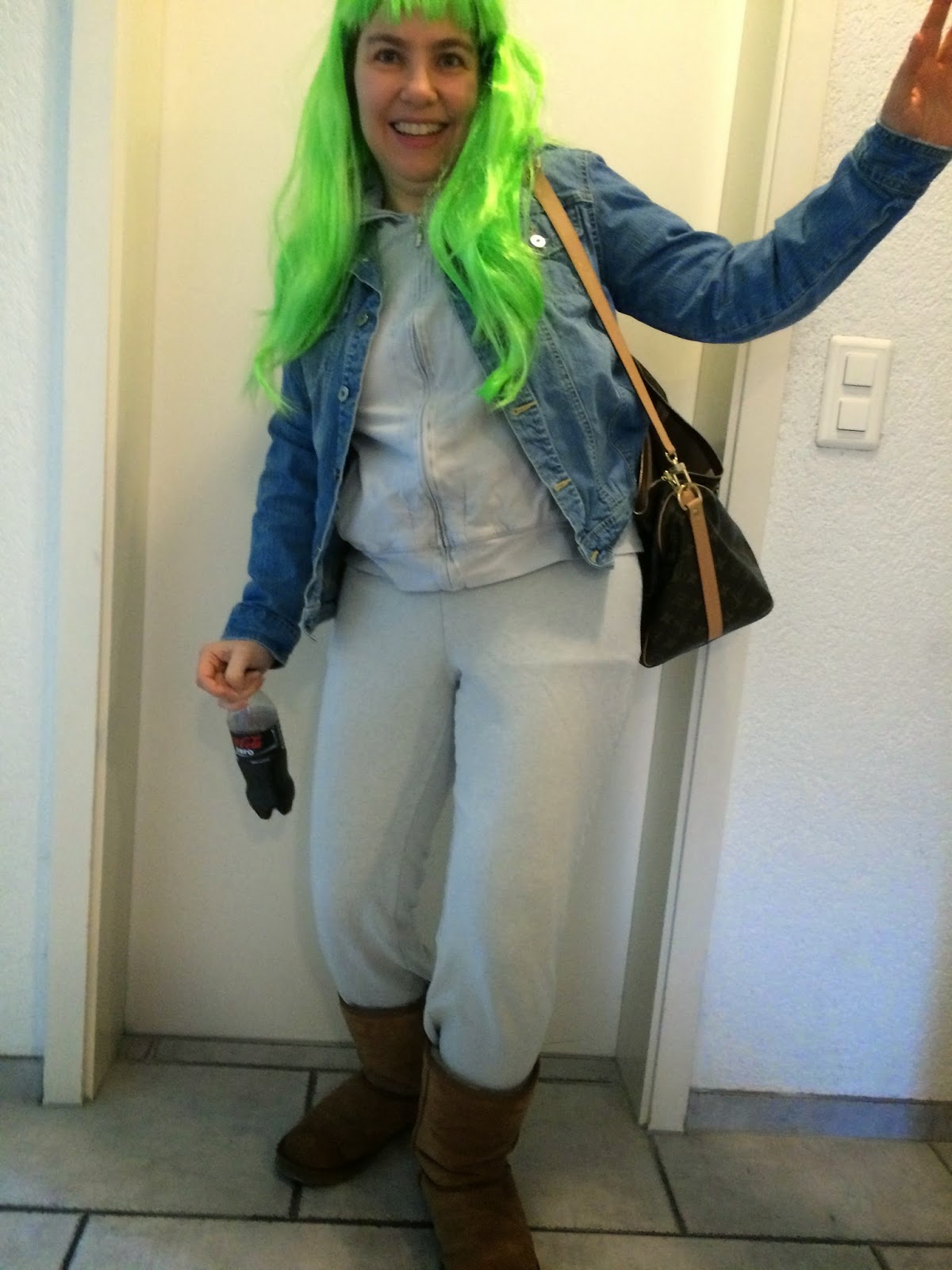 So we were on our way, and I thought we were looking pretty cool! 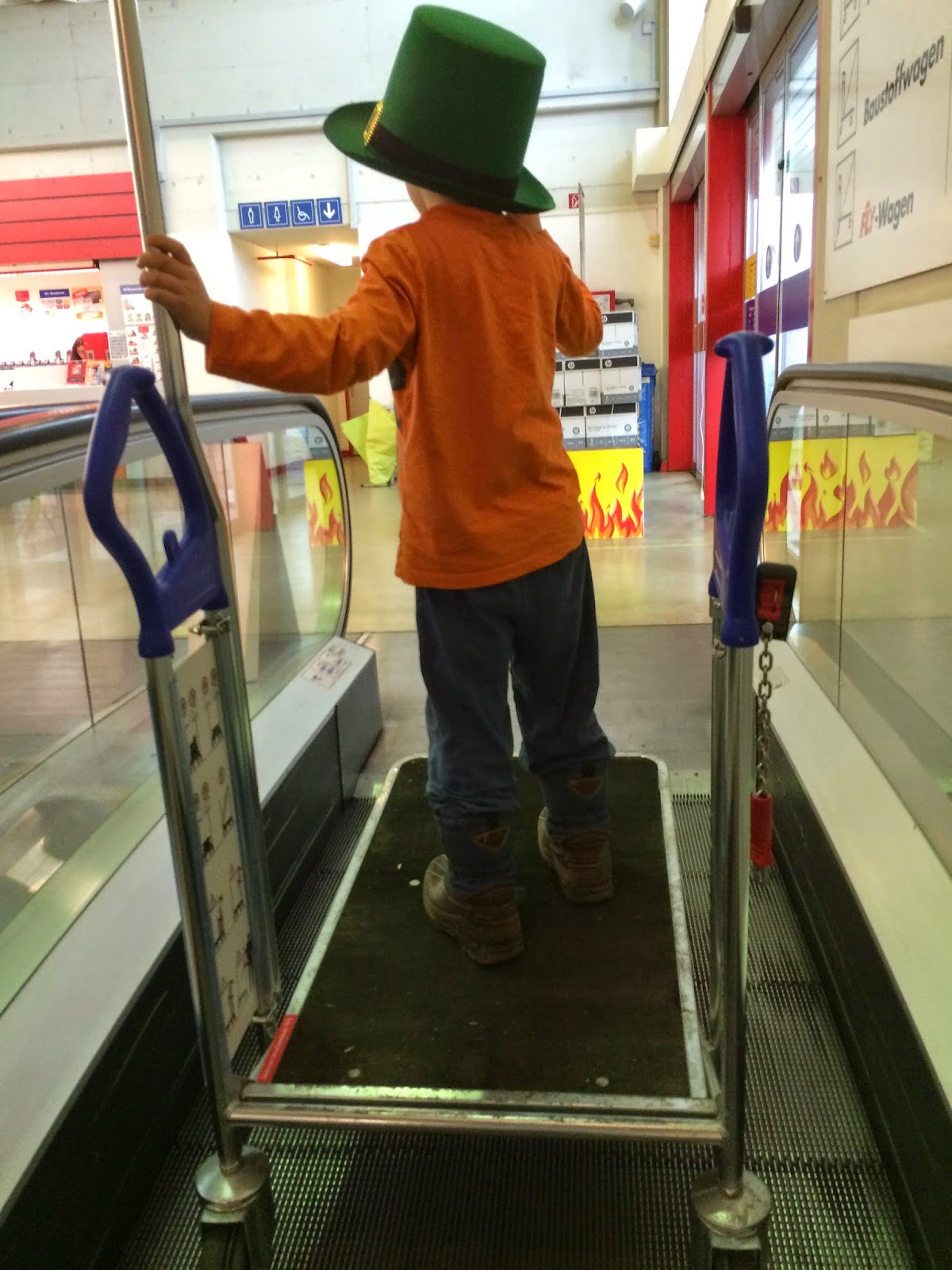 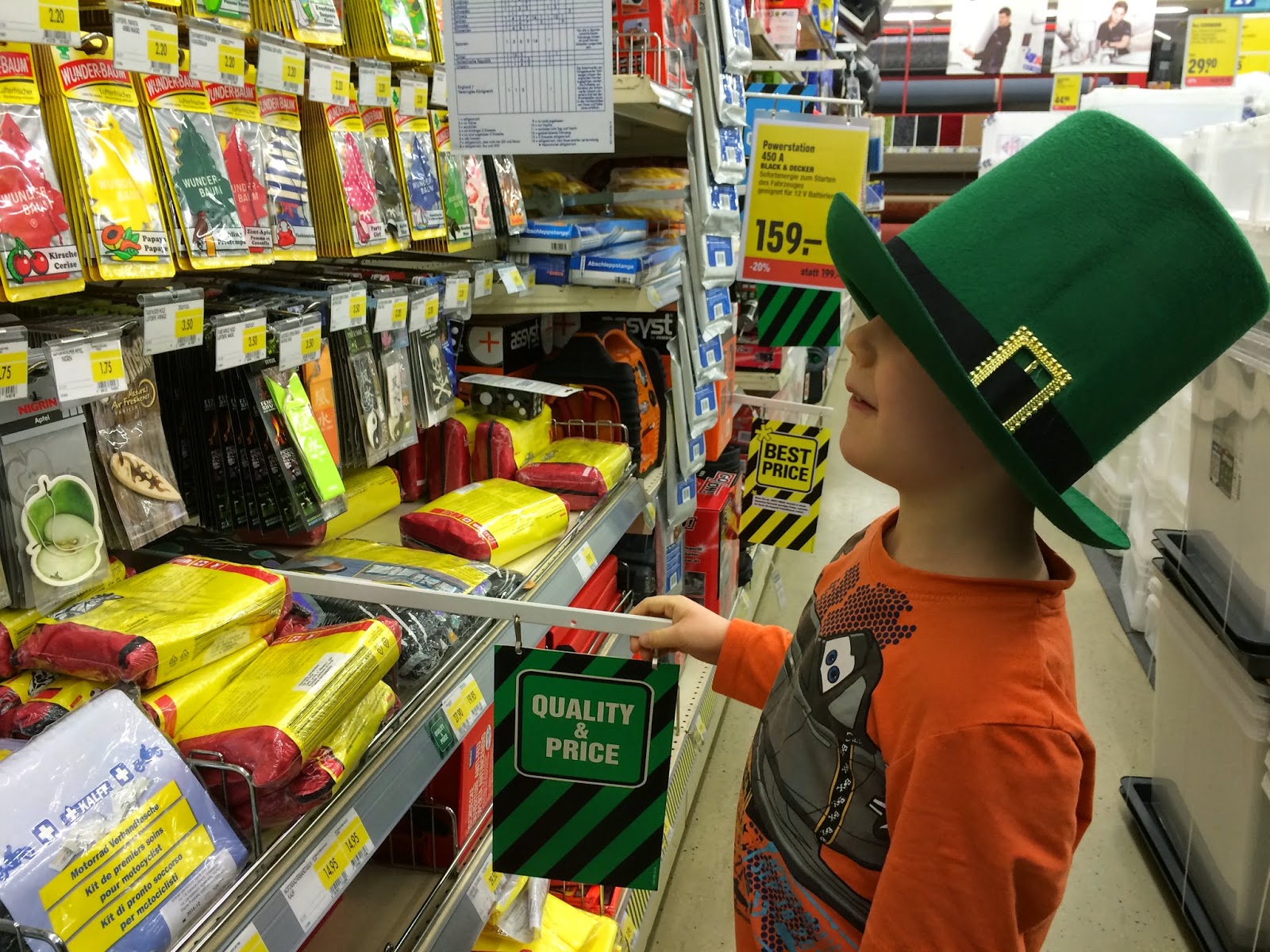 We had tons of fun! 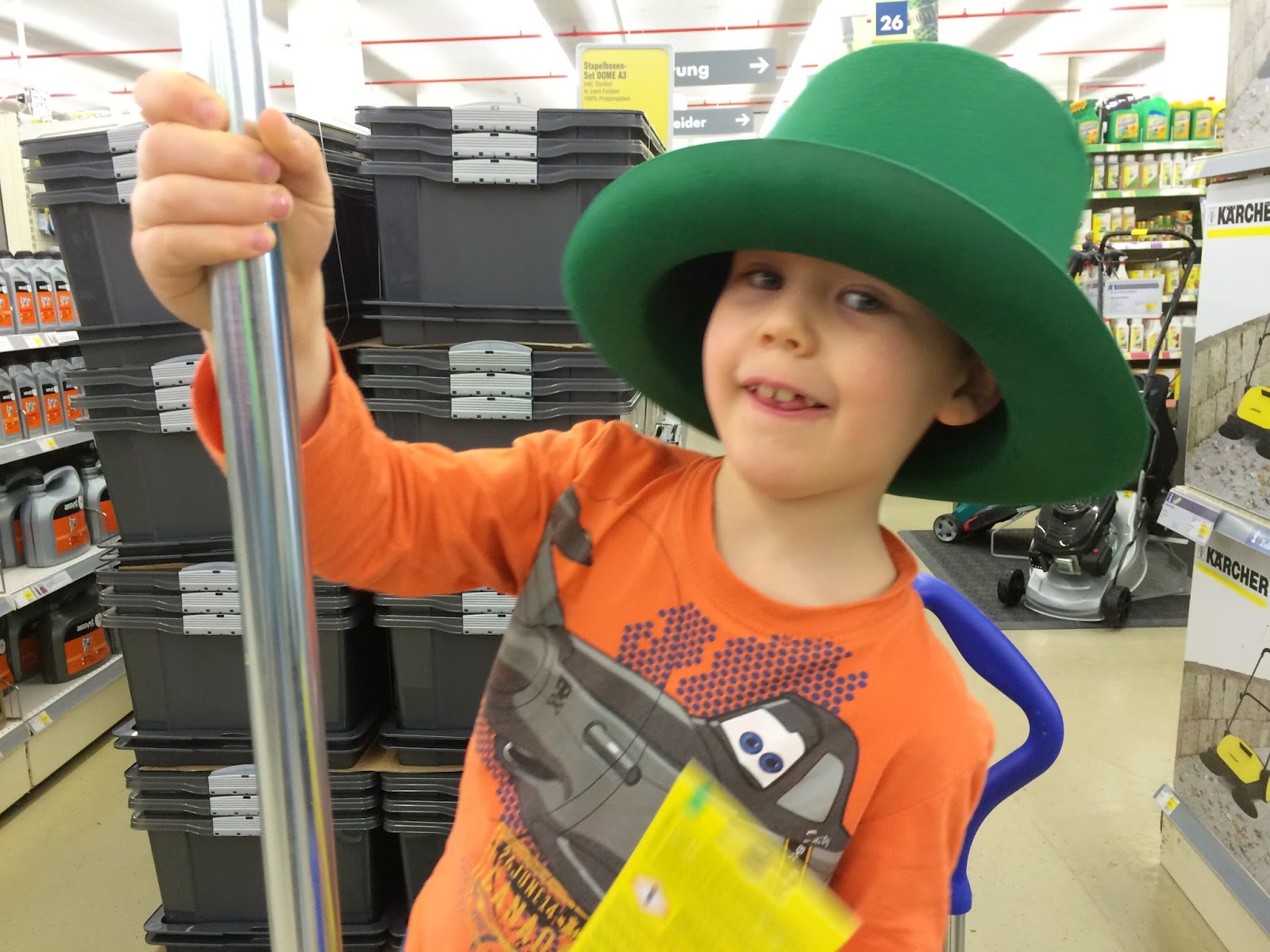 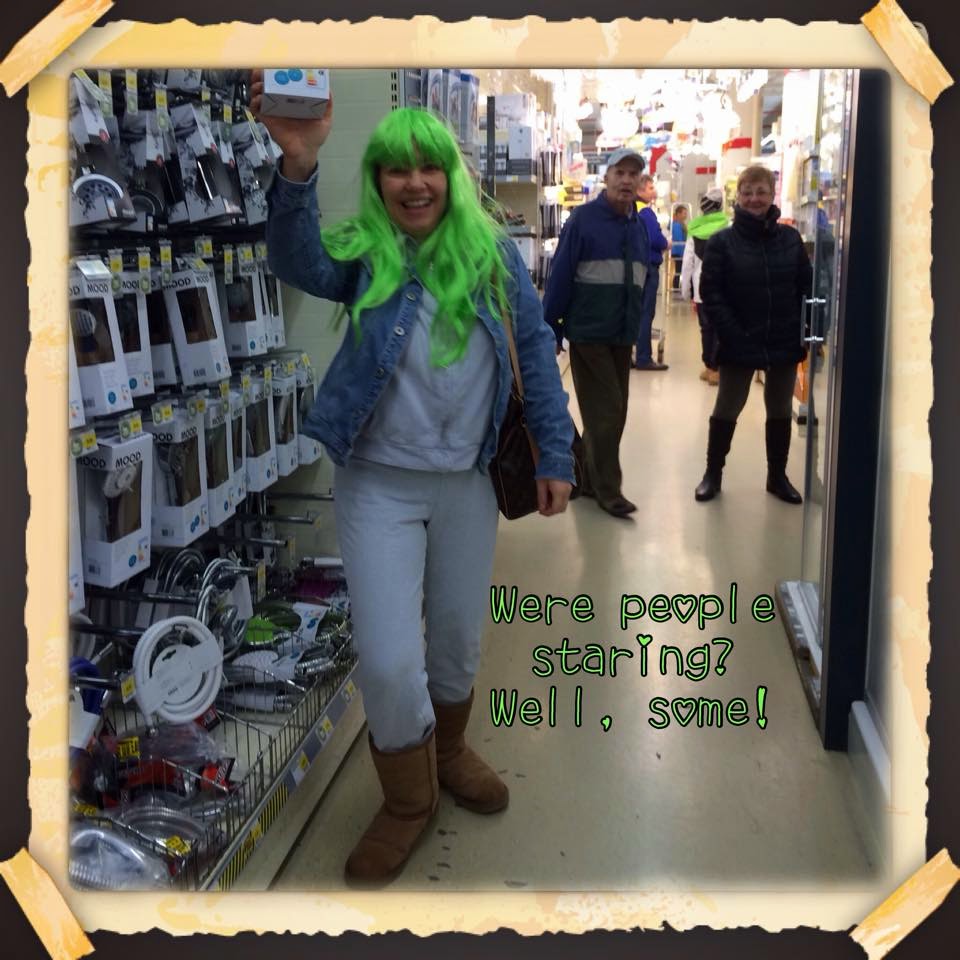 Did we mind?
Nope.
And because we had been doing so well, we went ahead and had lunch. 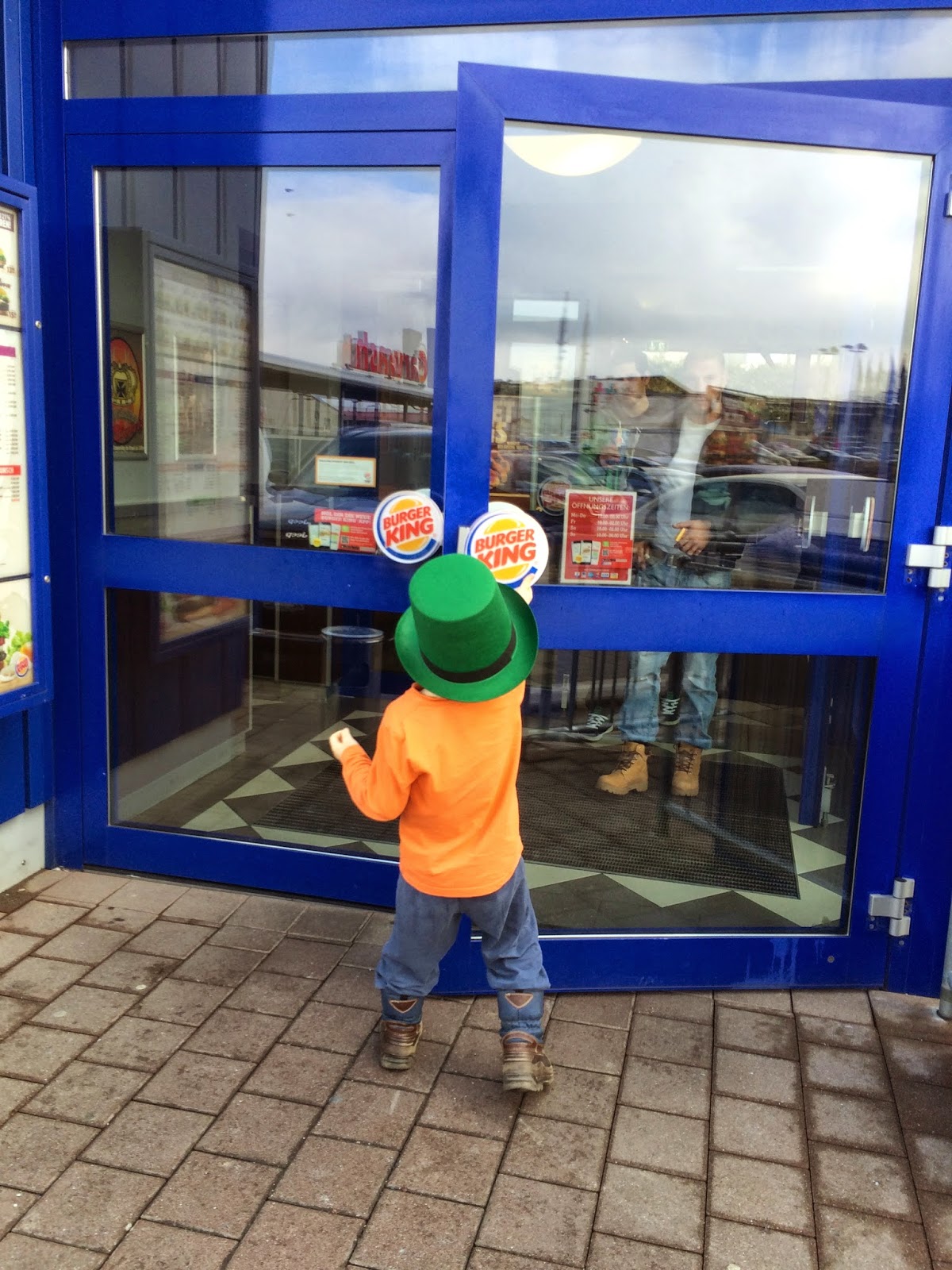 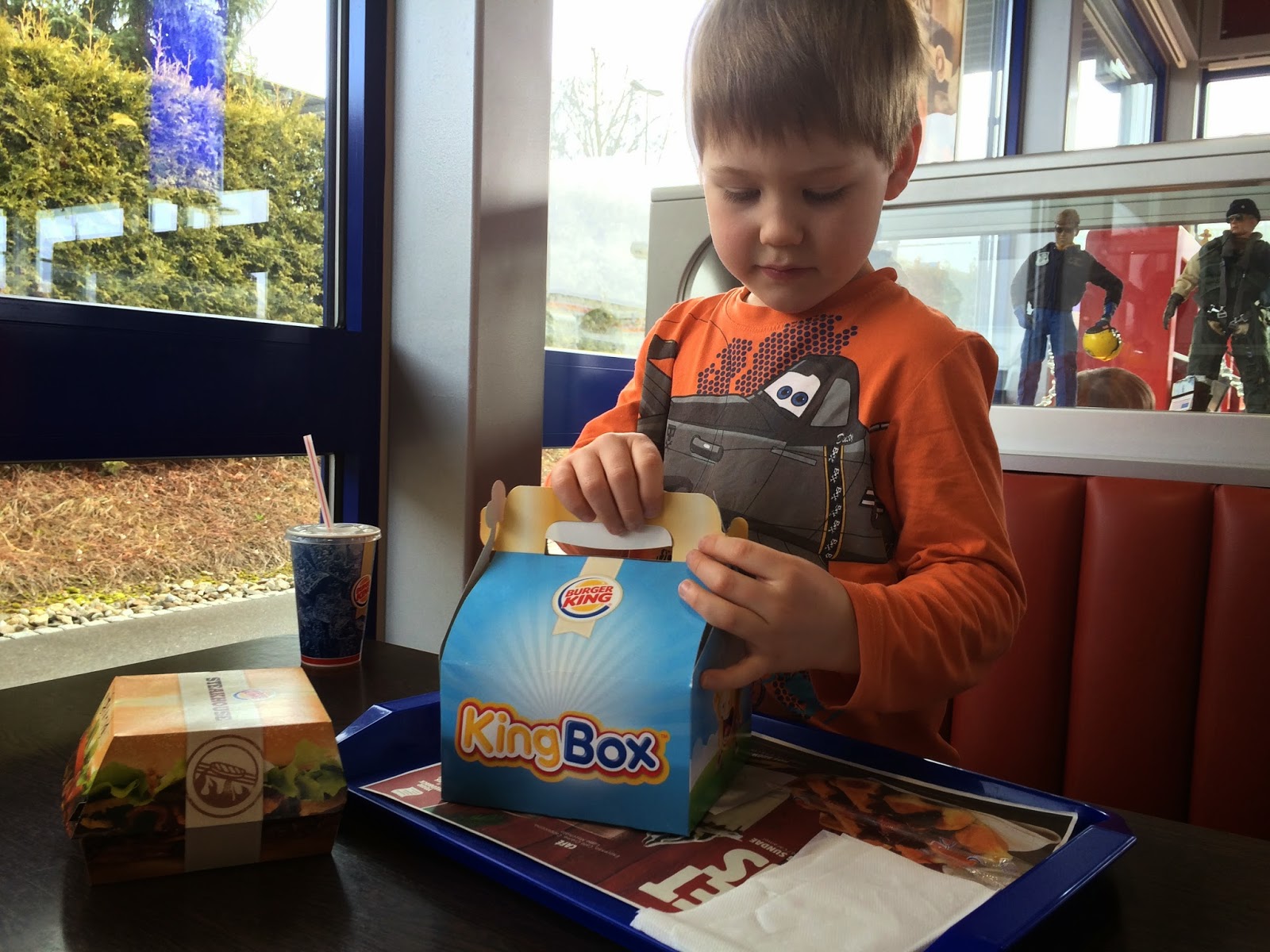 Even the hat, the jacket and the wig came off. We ate our burgers in our PJs without batting an eye! I think we are on to something.


Maybe one day we can arrange a flash mob:
Everybody show up in a public place wearing their PJs!
You game?