The playdate and the beer bottle

We called the number off his class phone list, but nobody answered. This boy has never been to our house, I don't know his parents apart from saying hello at parent-teacher conferences, so I don't have her cell phone number.

What we do know is that this family lives next to the school house, so we said after class C could go to J's house so they could ask.

So they made it home after school, had a snack, 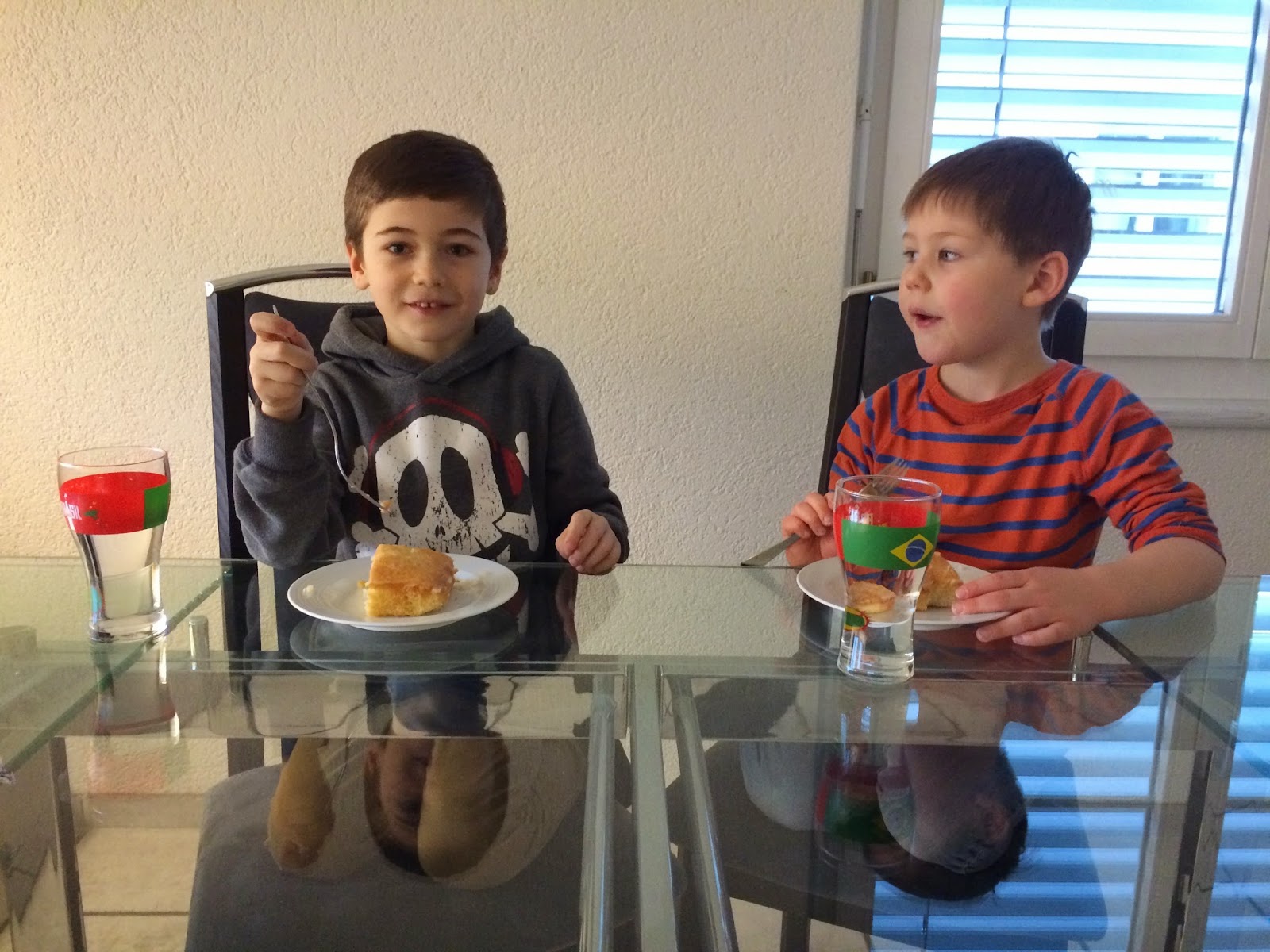 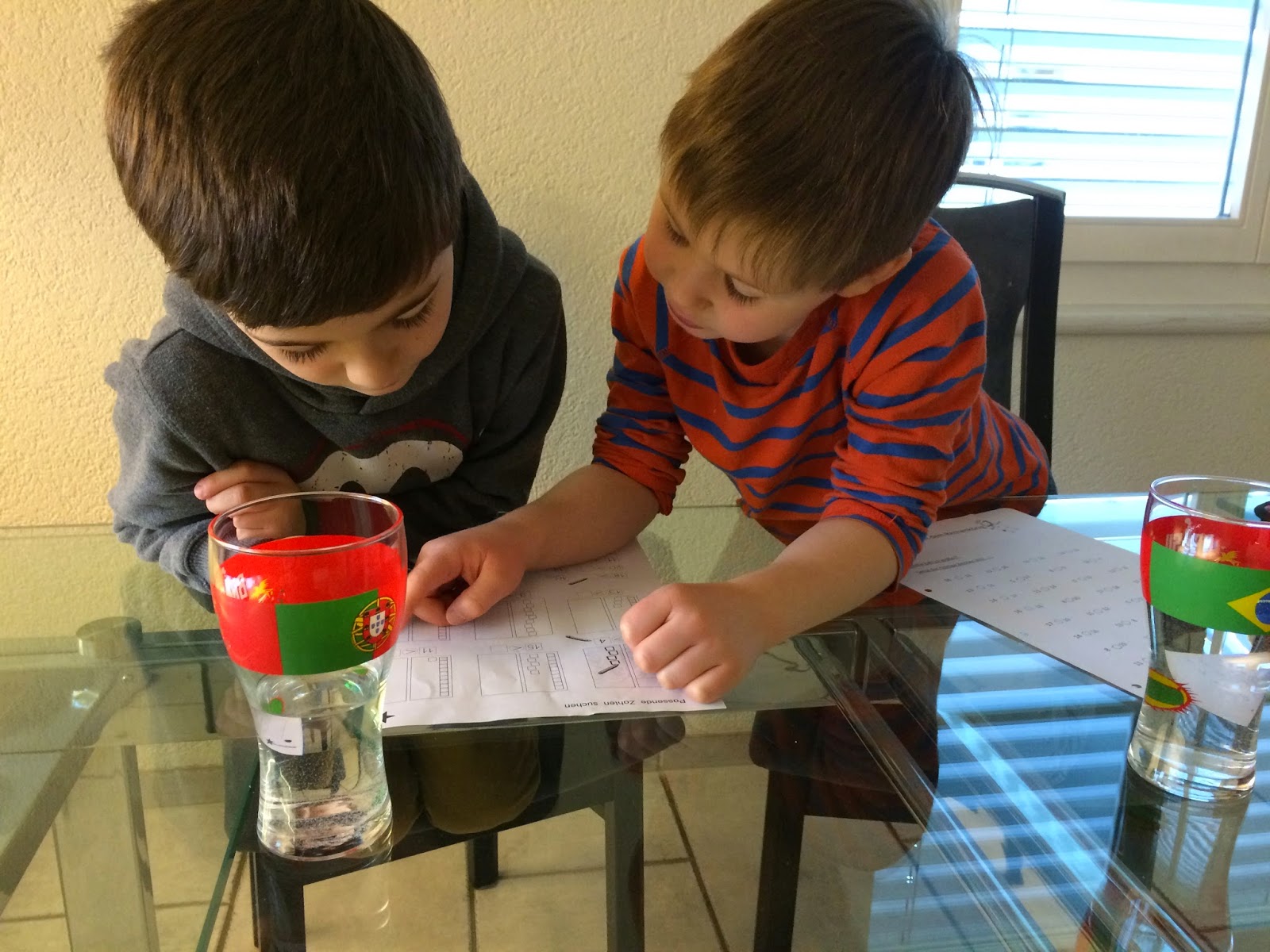 And finally got to play hockey. 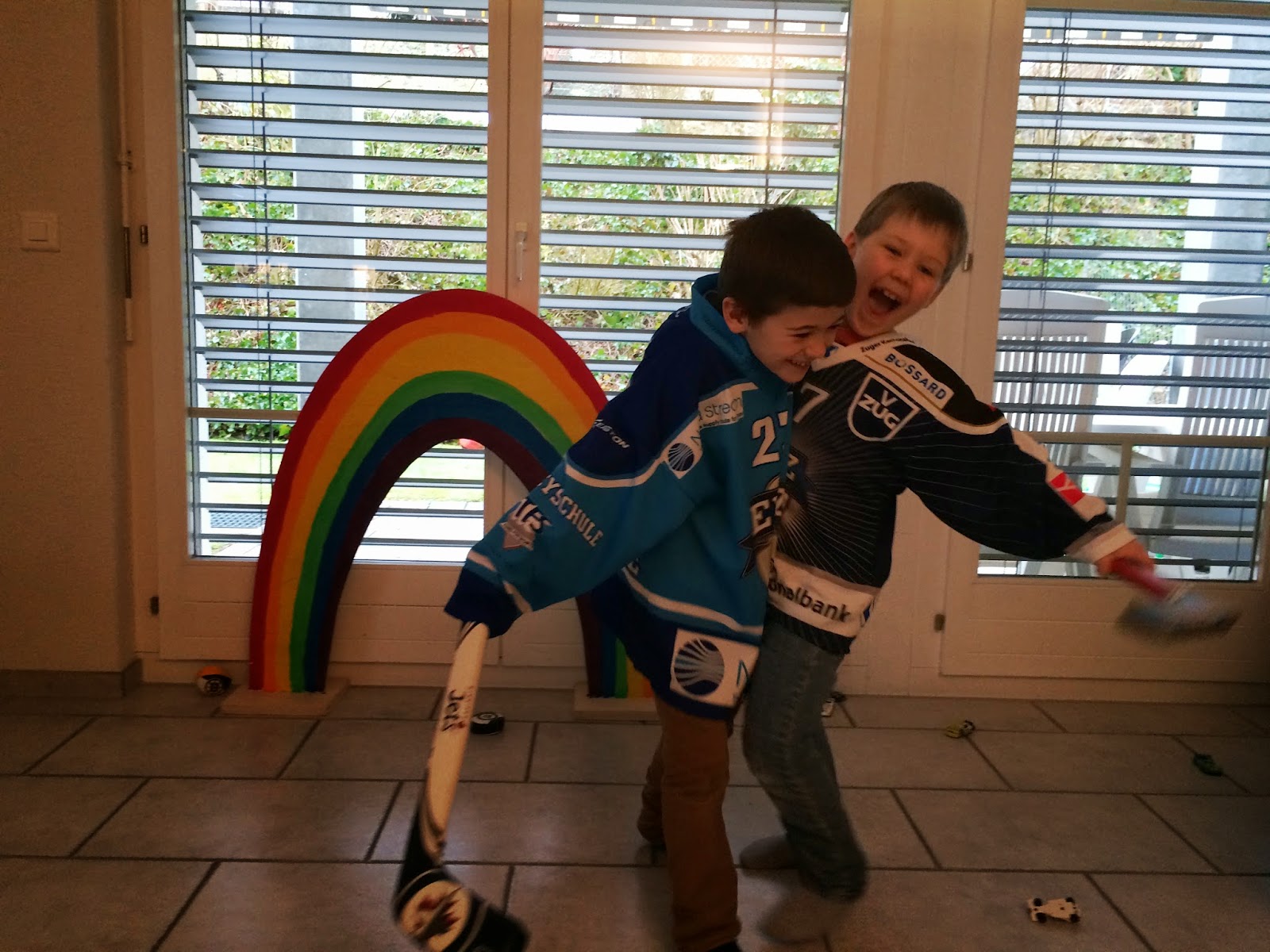 J was very curious and asked a million questions about the gear, the players, the rules, Colin's practice.. 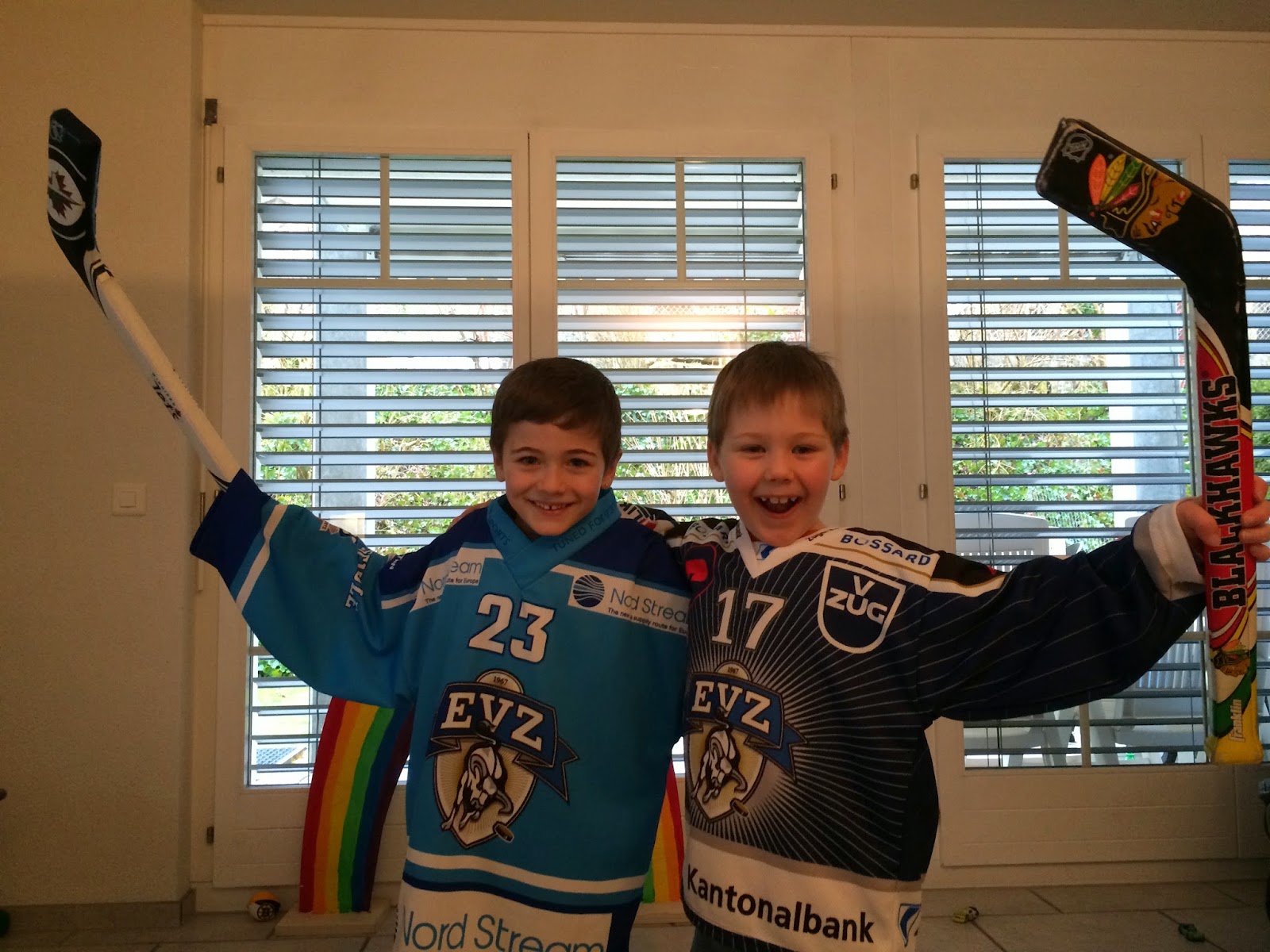 Later his mom called and asked about Colin's practice as well. Turns out J desperately wants to play hockey, too, and not just anywhere - in Zug, with Colin's team. Desperately means whining and crying all weekend.

There was no way her family could take J to Zug every week, she said. She didn't even drive, and her husband often works late. "Well, I drive anyway, if you trust me enough I would be happy to take your boy" I said. "This Wednesday is going to be the last practice of the season. Have him come and watch, and you'll have all spring and summer long to further discuss it!"

We exchanged mobile phone numbers and e-mail addresses, and I sent her links and info to just about everything she might need to know to make a decision. Equipment, prices, location, schedule, phone numbers, videos, pictures, you know me ;-) 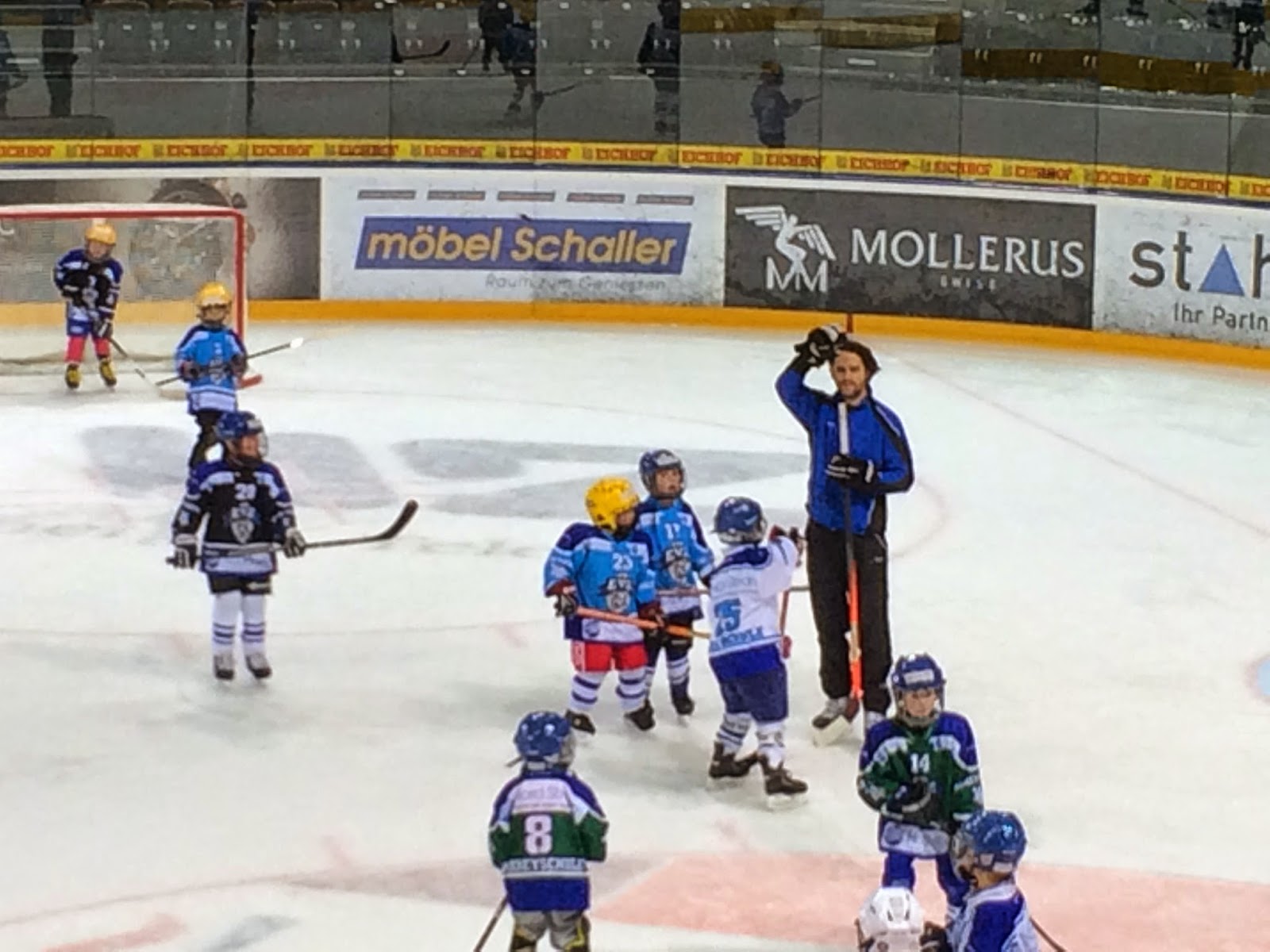 She was also anxious to know what time he would be coming home tonight, and how he was going to find his way. 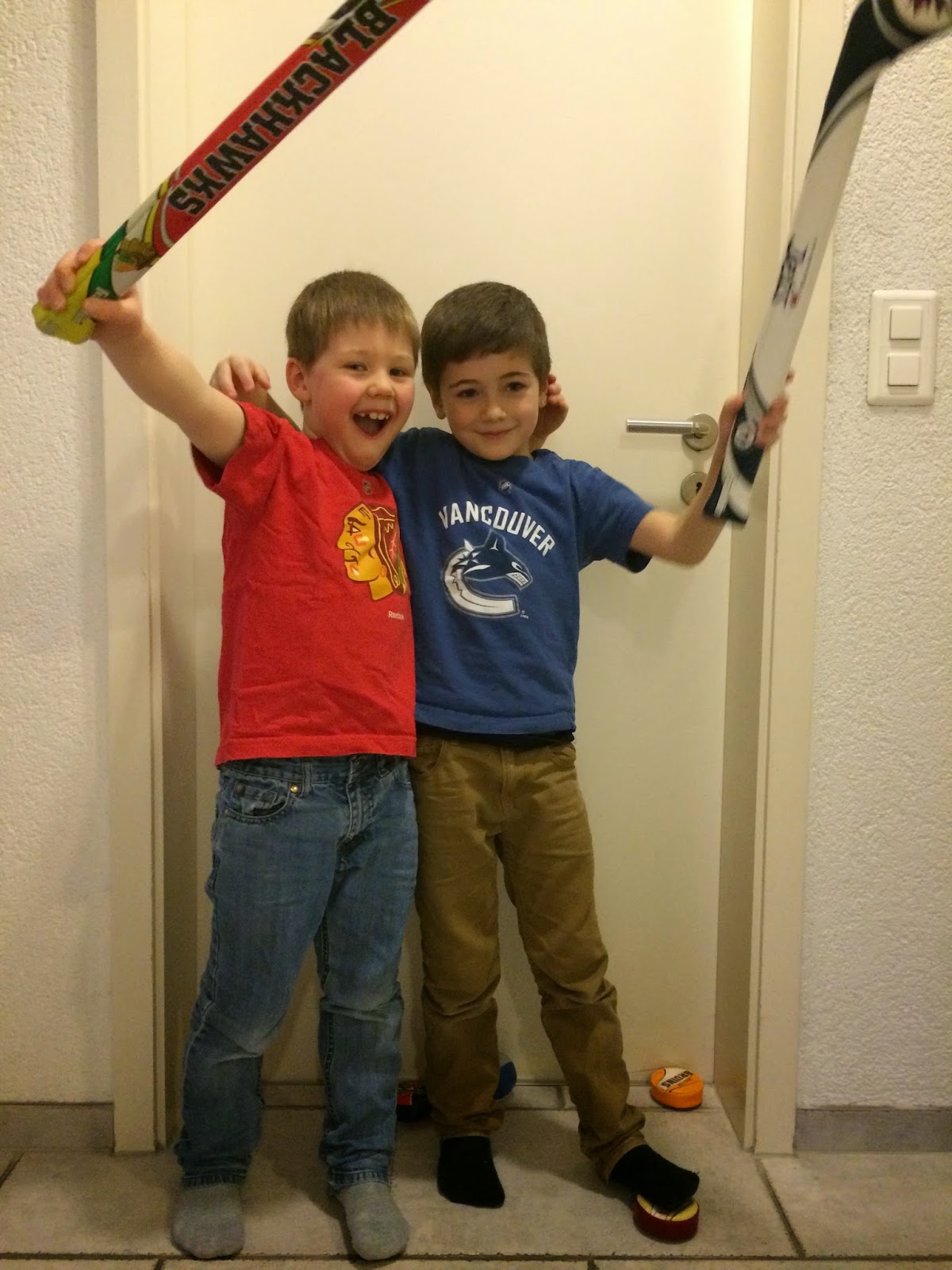 So I asked Colin to walk his friend home, and they left late because their game ended tied, and there was overtime and penalty shots, too, and when they finally left at 5:30pm, I texted her to let her know.

Then I went to the kitchen and started getting my ingredients ready for pizza. A couple of times I went down to the basement to get tomato sauce, or up to the bedroom to carry up a basket of laundry. This must have been when she texted me "when exactly did they leave? J isn't home yet" at 5:53. It's not far, maybe a 10 minutes' walk if you have short legs. 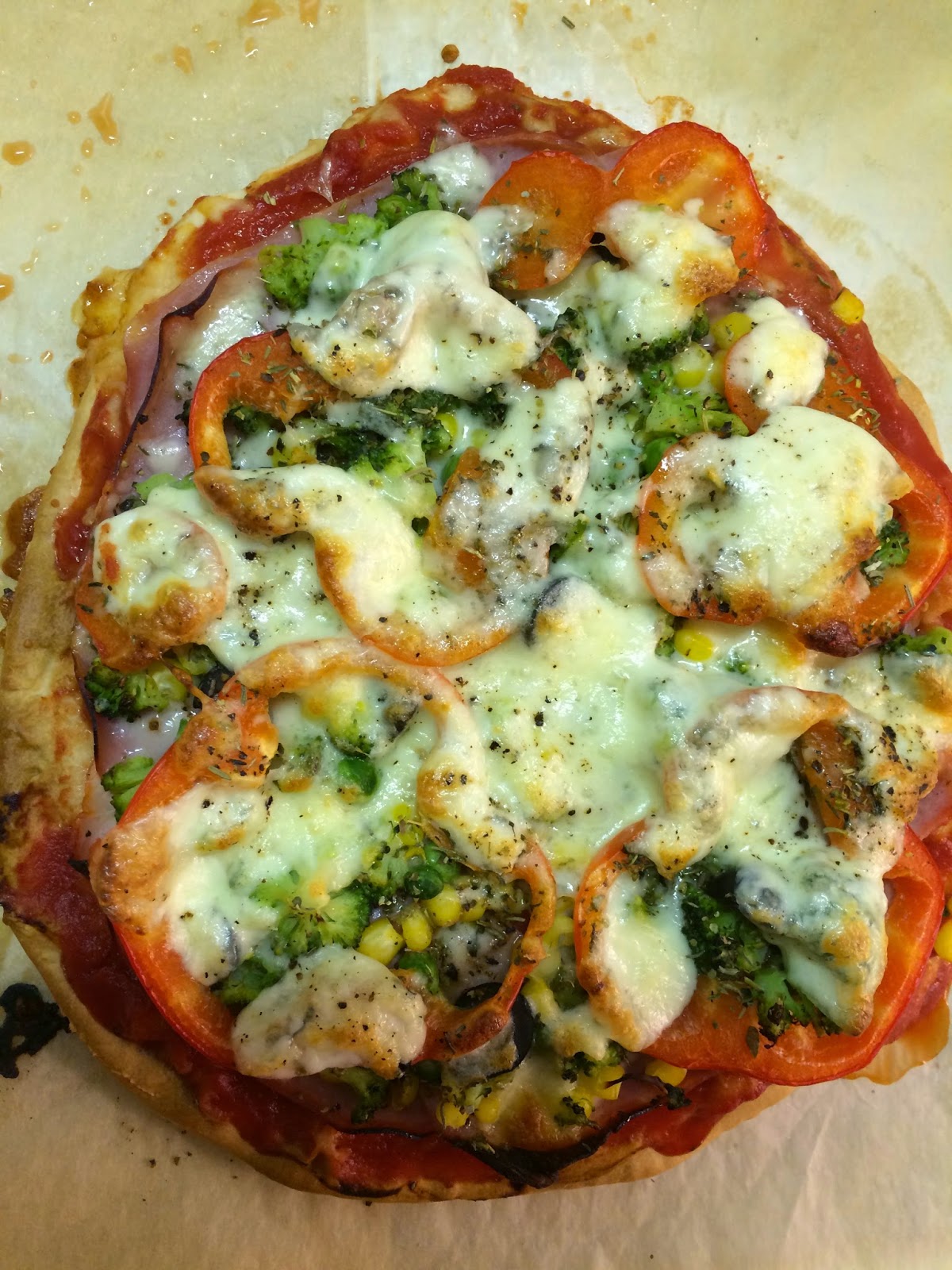 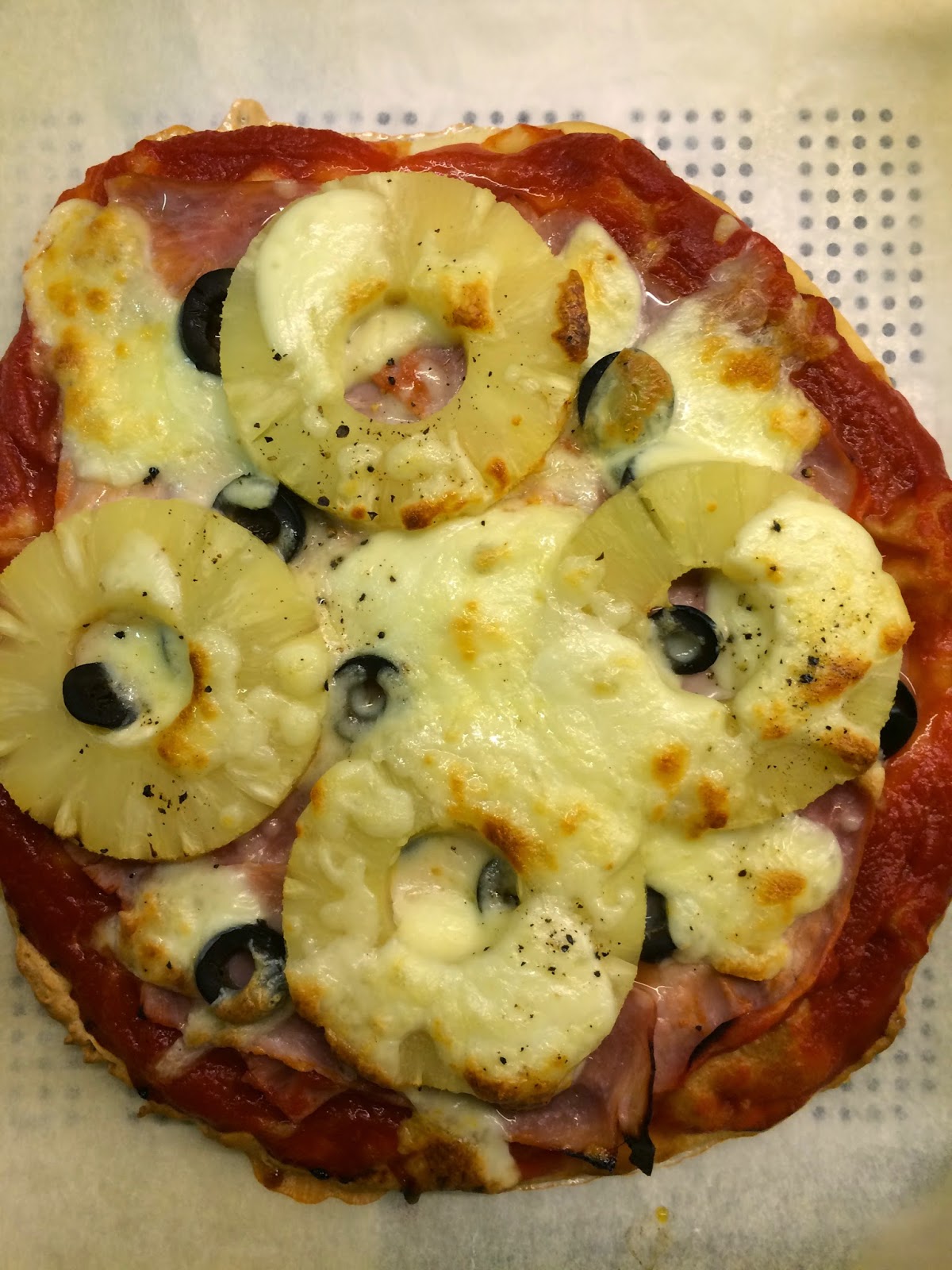 At 6 she called, pretty distraught. She was looking for them in the street, but fortunately while we were talking on the phone she said she could see them, and she was relieved.

When C was home 10 minutes later I told him his friend's mom was upset and scared, and I asked him what the h*** they was taking them so long. He grinned and admitted that they had done something silly. Like what?

"Well, there was a bottle of beer by the fountain" he said "and there was some beer left, so we poured it into the water, and then the bottle fell in the fountain, and we didn't know how to get it out…"

Frankly I was glad they didn't drink it, and had to refrain from laughing and asked "so was this a smart thing to do?" No, he shook his head. "Are you going to do it again?" He is smart enough to know what to say. "You are aware that dogs are drinking water from that fountain? When I was your age, our village cop might have come to our house to scold me" I said (that's true. He was a meanie. He even punished students for spitting on the pavement and stuff.)

So C wanted to know if there was sill a village cop. No, but the area police, and I'd prefer not to see them at our house neither, I said.

"Moooommmmy?" he asked a couple of minutes later.
Yeah, honey?
"Can J and I have a sleepover?"
Not in the nearest future!!!