July 05, 2015
Last year I told you about youth festival in Lenzburg. The town I live in has one, too. It takes place every other year and is less traditional.

And still - not much has changed since my elementary school years. There's church in the morning, a parade through the village, food, games, rides, shows, dancing and fireworks.


This was me when I was about C's age: 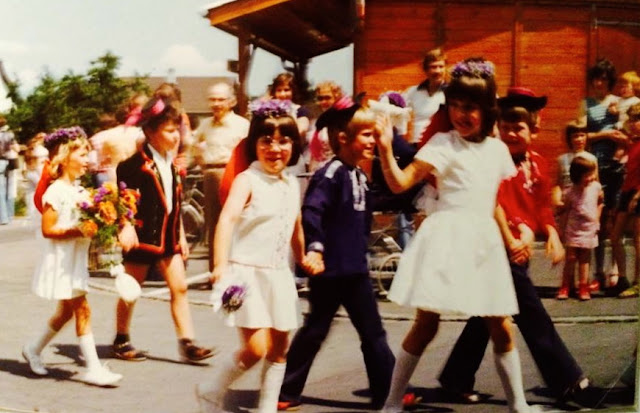 My cute little brother and his date were allowed to ride on a horse carriage: 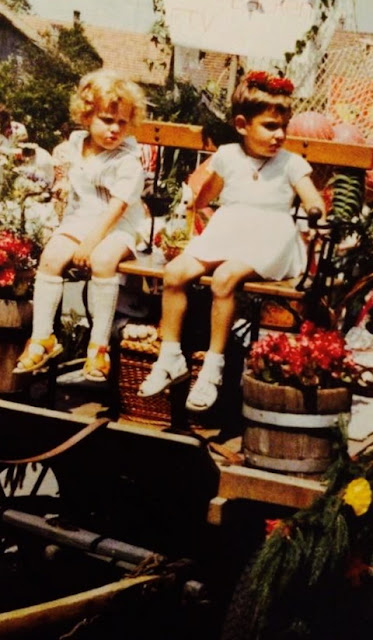 2013 Colin attended the parade with his Daycare group. 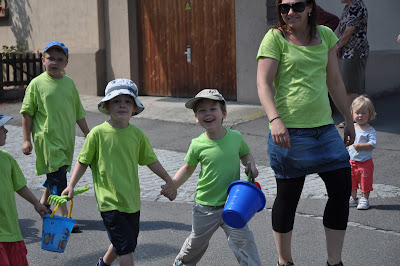 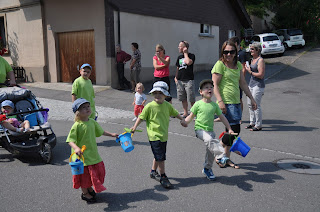 This year he's a first grader 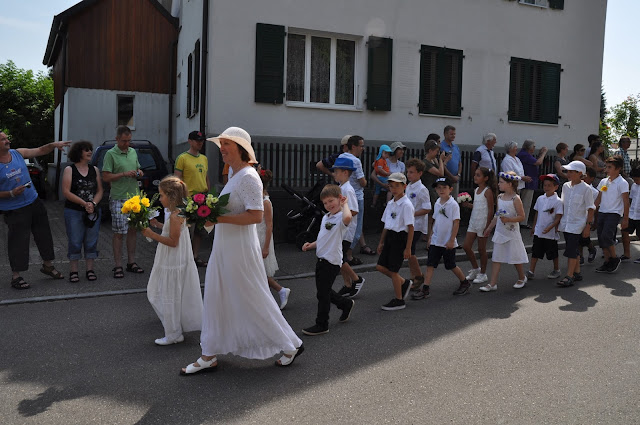 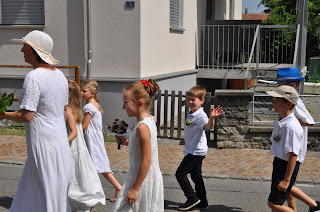 What a difference two years make!

I love that he doesn't think he's too cool too wave for his Mommy yet! 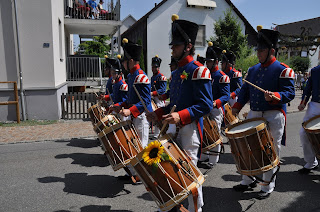 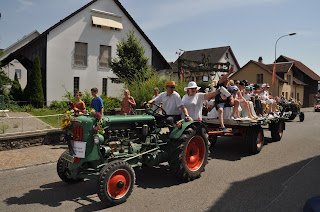 This time two of his three cousins from Israel are visiting, which makes it extra fun! 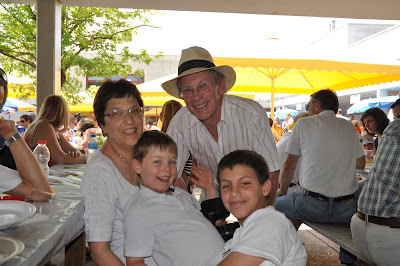 It also brought on a scare. This is what happened:

During the parade Colin saw my brother and his kids watching, and he got all excited. "They're here, I'm gonna look for them as soon as the parade is over!" he said to himself.

Now us parents were supposed to pick him up with his teacher somewhere. I wish I had known this piece of information. I re-checked. We only got one piece of paper that said at what time they were going to meet before church.

So we - along with an estimated 250 other sets of parents plus roughly the same amount of siblings, grand-parents, empty nesters, single and other people, just hung out in the school yard looking around, waiting for Colin.

We didn't find each other, even when we went looking for him in his classroom, in the bathrooms, the fairground, the beverage stands, you name it. His friends hadn't seen him recently.

So Colin, still excited about the fact that his cousins came to the parade, thought he'd track them down at my parent's house. He knows how to walk there, it is what he does every Tuesday.

My husband was riding him pretty hard "what the h*** were you thinking, why didn't you come looking for us" while I was just happy to see him. His cousin who didn't understand a word of our Swiss German handed Colin a water bottle and patted him on the back.

It almost made me cry. No words needed. Just one young boy totally getting the other young boy. 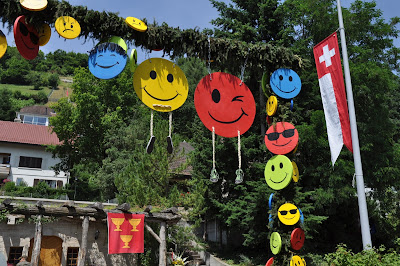 With temps of almost 100°F every fountain is appreciated. 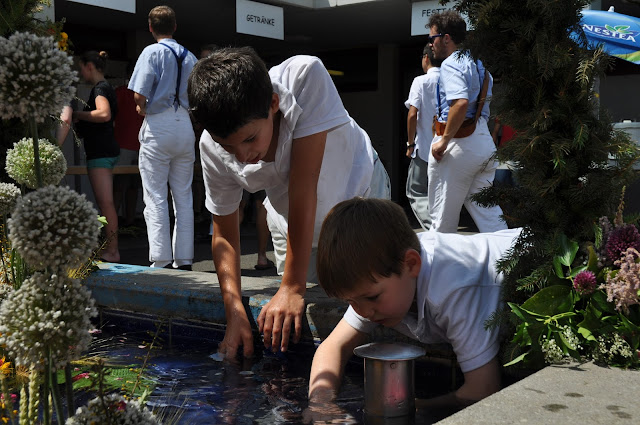 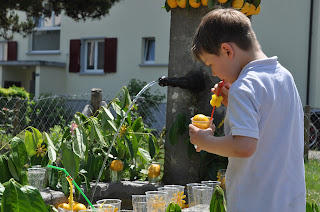 After lunch we went home for a shower, a change of clothes and a break to cool down.

Well, our opinions differed on that one. The youngster was like "a shower? WHY? I've had one this morning! I want to get back and redeem my free tickets!"

Students - after all it's called YOUTH festival - receive coupons for rides, games and food.

Hubby had gone back to the office, so I kind of took a lonely decision. This is what I did: 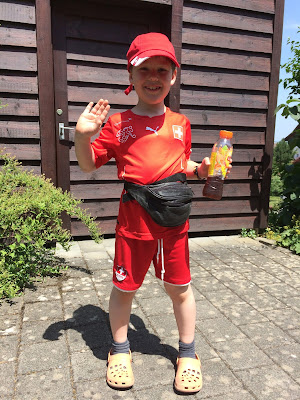 The one thing that hasn't changed much is boys having fun riding the bumper scooters! 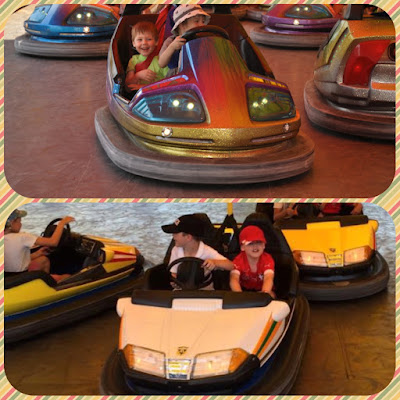 Later in the afternoon hubby texted to ask where we were. I answered truthfully "C is at the festival, I am at home." He must have been between shocked and impressed - and went to the festival more or less immediately.

They rode more bumper cars, spent money at the shooting gallery and arrived home with 15 minutes to spare.

This is where the best laid plans failed: