August 07, 2015
Welcome to August' s Secret Subject Swap. Again 16 brave bloggers picked a secret subject for someone else and were assigned a secret subject to interpret in their own style. Today we are all simultaneously divulging our topics and submitting our posts.

Here are links to all the sites now featuring Secret Subject Swap posts.
Sit back, grab a glass and check them all out:

Baking In A Tornado
The Momisodes 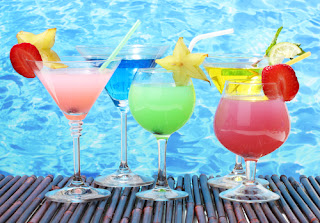 You are invited to a pool party,
upon arrival you see your…
with your… and you go...


It was submitted by Spatulas on Parade - thanks, Dawn!

For those of you who remember, a couple of weeks ago I came into money and spent some of it to have a nice pool built into Stacy's garden. Tonight she's hosting a pool warming party so to say for some of her friends, and I'm super excited for our sons, both called Colin, to meet and play again.

I am a bit nervous because I have a special assignment for later tonight. On our way over to the party I feel for my Beach Bath Time Duckie in my purse every five minutes. 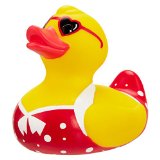 When we arrive, Stacy hugs me and hands me a cocktail, and as I make my way through the crowd toward the pool,

I see my art dealer Nate laughing and joking with my friend Geneviève, and I go "shoooot, why didn't I think of that?" 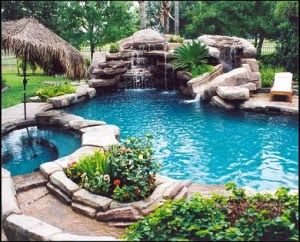 But let's start at the beginning.

We were on a long road trip to visit a lot of nice people. Later I scored a book deal and won Music Jeopardy. Life has been treating me really, really well.

It's only natural to have the occasional setback, right? My spending money for appliances and other people's mortgages, and especially my appearance on TV, had my contact person at the FBI frown, to put it mildly.

"Don't pull something like this again or we will freeze your assets" he said, and he sounded annoyed. "Also we finally want to see some results", he added.

Of course it would have been too good to be true, right?

Stealing millions and just getting away with it? Even have a foreign government's feds throwing in a new identity for free? Out of the goodness of their hearts? 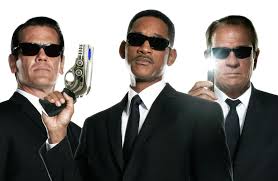 Yeah, you didn't think so either.

So today it's payback time. I have to help them to catch a bad guy.

Of course not. I have been trained and tested. 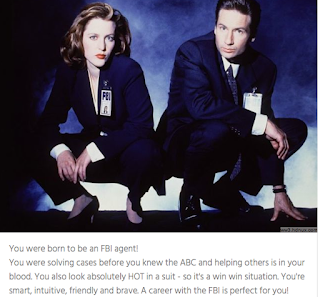 My "language stay" in Australia was part of my cover. I needed an Aussie background in order to get in touch with the suspect, an art dealer from Sydney, who is the alleged boss of an international smuggling ring.

Not only do his people sell fake paintings (very high quality fakes of course) to trustful American citizens, but between two layers of canvas, there are also drugs hidden.

I met Nate at Art Miami last December and have been observing him on and off, but frankly, apart from contacting both artists and potential customers, I have never seen him doing anything that actually seemed illegal.

However, the FBI was convinced that he was working on something big, and I needed to find out what.

Tonight, I finally got it.

He was done with art. He had moved on to purses!!

How else would he know Geneviève, who is Louis Vuitton's Head of Procurement in North America?

A Capucines made of crocodile skin is being sold for USD 48,500. 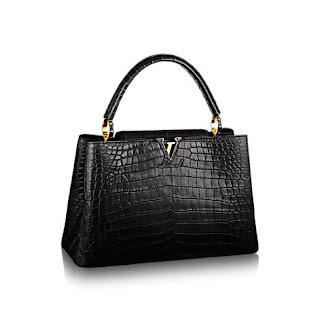 If Nate is impersonating Crocodile Dundee's distant cousin or something, and provides LV with what he claims authentic croc leather but in reality is a fabric that his people not only replicated, but probably incorporated drugs?

My moment has arrived! I stroll to the edge of the pool and casually place my rubber duckie in the water. It contains a camera and a microphone and is also equipped with a wireless transmitter, so whatever Nate and Geneviève are discussing, goes straight to the FBI's server.

I retire to the bathroom and text the FBI, so they can start to monitor Nate's conversation and react accordingly. 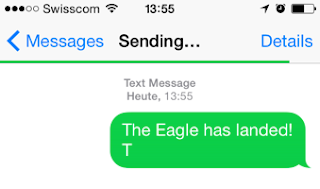 Meanwhile I make my way to the BBQ pit. It smells heavenly, and I'm hungry! Looks like I've come to the right place, look at this!! 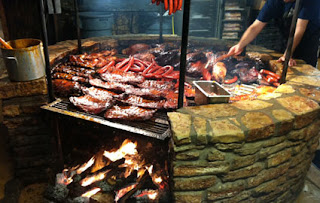 Just as I position my phone to snap a picture, the two Colins come running, bump into me, and I drop the phone.

My phone couldn't just fall on the floor, it's in the flames!

To be continued next Friday...