Use Your Words - Catch me if you can

August 14, 2015
Today’s post is writing challenge. This is how it works: participating bloggers picked 4 – 6 words or short phrases for someone else to craft into a post. All words must be used at least once, and all the posts will be unique as each writer has received their own set of words. That’s the challenge, here’s a fun twist; no one who’s participating knows who got their words and in what direction the writer will take them. Until now.


They were submitted by Someone Else's Genius - thank you, Robin!

You remember the pool party I attended last week? 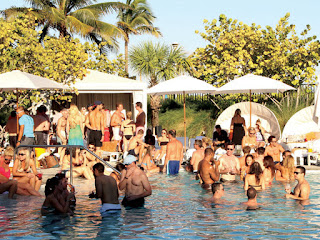 I had to observe an allegedly criminal art dealer Nate, and therefore I placed my rubber duckie camera in the swimming pool, so that the FBI could watch everything that he was saying and doing. 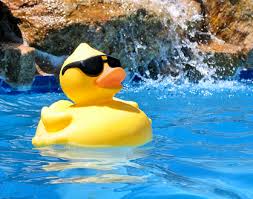 Things were going well, until I dropped my phone in the barbecue pit. 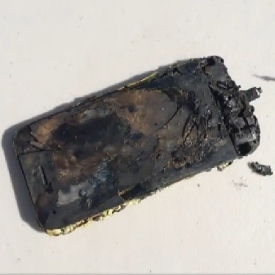 I mean, sh** happens, phones are replaceable, even most of my pictures and other data were backed up, I just wasn't aware of fact that the duck camera was only able to broadcast as long as my phone was switched on and had reception.


But because obviously not long after I strategically placed the duck camera, Colin (my son) & Colin (Stacy's son) found it, retrieved it from the water and started playing with it. 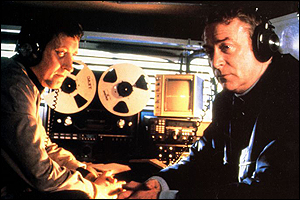 The little that FBI techs were able to record was Geneviève telling Nate that she has been working for Louis Vuitton for twelve years, that she was looking for a rare snake or crocodile skin for the launch of a new purse line, and that she was planning to spend her vacation in Southern France. 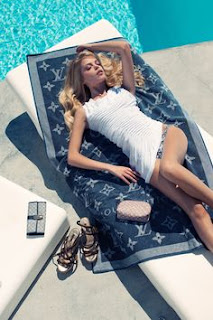 Then they were witnessing two little boys bursting into tears because a dog approached them and wanted to play with the rubber duckie as well.


So even if I hadn't interrupted the life transfer by breaking my phone, the dog's chewing the duck would have! 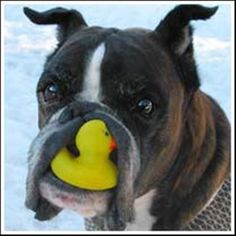 Shortly after the BBQ, the FBI briefed me about an upcoming champagne tasting in Paris that Nate was invited to by Geneviève.


How could I have missed this challenge, btw? I had taken a whole set of cool pictures myself! 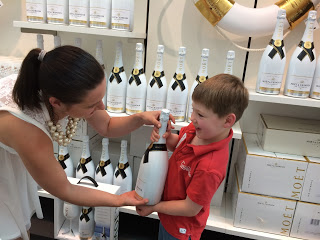 Anyway. I am going to attend the tasting as a member of the press reporting about it! As it turns out, the FBI is not only able to provide new passports but press credentials, too! So my new name is Véronique Dupont, and I work for le nouvel observateur. Pretty cool, huh!


They let me fly to Europe a couple of days earlier to get acquainted with my surroundings and brush up on my français. It's been a while.


The tasting is taking place at Fondation Louis Vuitton, a bit outside of Paris, Bois de Boulogne, to be exact. Of course, right? The perfect combination! Purses AND paintings! 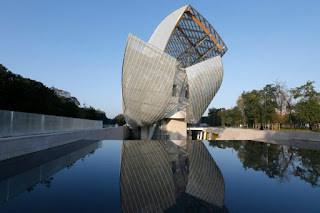 The night before the event I get to go undercover as a member of the cleaning crew which enables me to sneak into the office in order to help the FBI to find compromising files.


As soon as I arrive, I turn on the computer and insert the USB stick the agent gave me. Then I call the tech who gives me instructions like "hit ENTER", "when the window pops up, I want you to read the code to me", "now click ACCEPT",…


Just like that they hack into the LVMH computer network.
Noticed? Moët Hennessy is affilliated with Louis Vuitton. 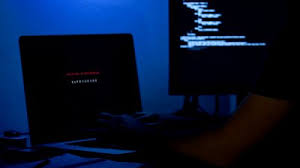 They seem quite pleased with what they pull from recent e-mails.


The next day the museum is buzzing with activity. Caterers set up the buffet, technicians install a giant screen for the projector, security guys pace back and forth, and first guests and press members arrive. 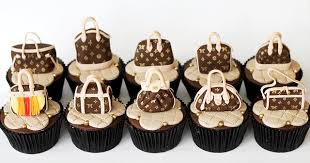 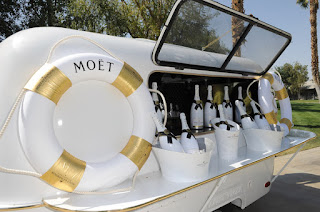 I am just admiring the new Caïssa Hobo that Kate Hudson is wearing, when I notice my phone is vibrating. 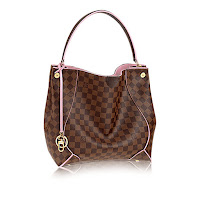 "Nate isn't here! He is stuck in Frankfurt, Germany" my FBI colleage says.

"Lufthansa pilots are on strike again, and pretty much any other flight to Paris is overbooked. He's on standby with Brussels Airline, but obviously they are missing a spare part and can't take off. Now I was thinking... didn't you work for an airline a while back? You surely know people who can do something about it! Hold on, I'm gonna transfer you to the guy who can tell you what they require.

Oh, and needless to say - we need Nate to make it to Paris today! He's supposed to discuss the delivery of some crocodile leather for a first purse prototype with the global director of procurement."

After I hang up, I have to sit down. If I was alone I'd probably burst into tears.
Is this what it has come to now? I used to be an average part-time working mom with an office job who made one fatefull transaction, and today I am permanently on the run, and my current assignment is to source a sidestay landing gear for an Avro Liner - the lemon that is finally being phased out in favor of C Series. It just about missed making the top ten worst airplanes that are still in service! 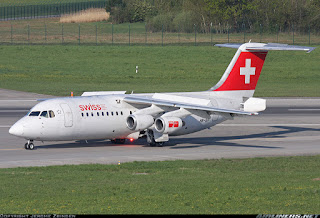 I don't know how many times one of them was AOG due to a spare part that was missing and needed to be disassembled from another plane that was sitting in another airport on another continent because you just.haven't.been.able to order them for over than twelve years!

But you know me. I'm nothing if not resourceful. And of course I know people. Thank you, R, for helping me out! Air Botswana came through with this gizmo: 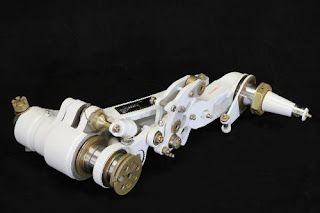 He was supposed to board a plane that took him to Bruxelles first, and from there to Paris. They had him paged several times at Frankfurt Airport. Nothing. Was he suspecting anything?
Ground services had to remove his bag that was already loaded. Of course it was on the very bottom of the container. The guys were not amused. Neither were the passengers. 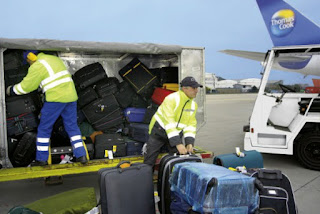 Hours later - after they flew me to Frankfurt as a freelance writer for a gossip magazine - I found out the following, and it literally knocked my socks off:
So our dear  Australian (art) dealer Nate ended up at the ER.
You'll never believe this: It turned out that he was tampering with the cargo fire extinguisher.
Why? He wanted to replace the chemical powder that is used in these types of devices by drugs. That's how he's been getting them into the country for quite some time.
Only today things didn't go as planned.

A bunch of aircraft engineers who were on their break heard a detonating sound, followed by screams coming from a nearby aircraft that was ready for boarding.

"The scene was looking like a barbecue pit" Airport Police stated at the press conference.
"There is going to be a thorough investigation on how this individual made it to a restricted area in the first place, and how he was able to carry considerable amounts of heroin without being detected. He currently can't be questioned because he is being stabilized at our Airport Clinic so he can be airlifted to the University Hospital for treatment of his severe injuries. It looks like he may have lost both of his hands in the blast."

I guess the FBI is gonna take it from here...

OK, I feel like I can't just end it here. We need something uplifting. How about this:


Baking In A Tornado
Spatulas on Parade