December 31, 2015
So even though the 2015 Elf on the Shelf season is officially over, ours couldn't resist to stay a little longer. These are her latest - and last - adventures this year:

Waiting for Santa to come down the chimney with her bear buddies: 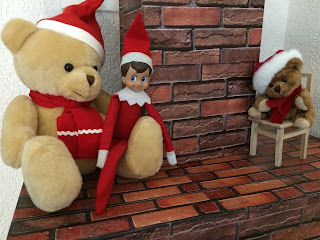 Chilling in the decoration tray with gingerbread characters and cinnamon stick candles, courtesy of Pinterest ;-) 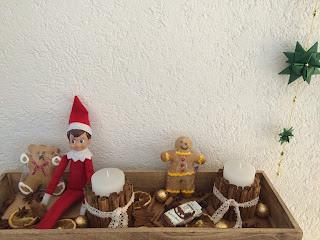 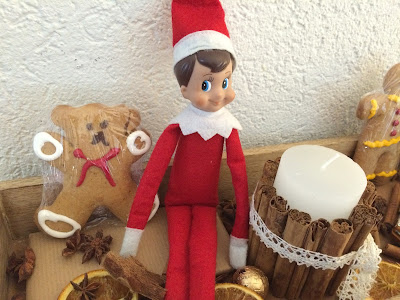 Right on time for Spengler Cup she brought the game schedule, team logos and a care pack for intermission snacks: 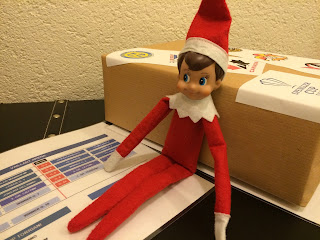 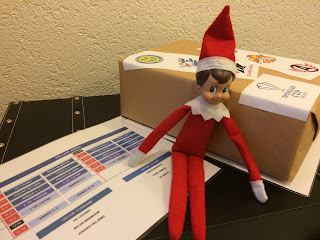 Mustard and Ketchup for the Hot Dogs 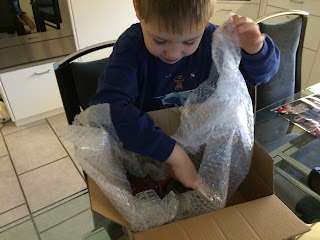 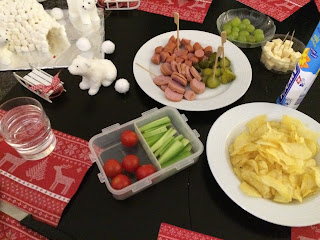 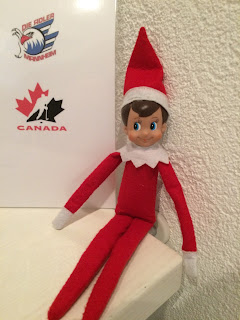 The next morning we found our Elf desperate. She has unsuccessfully been trying to assemble the Playmobil Zamboni. 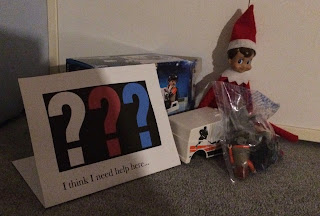 Not a problem for Mr C. There you go, Cookie! Oh, and thank you for the new toy! 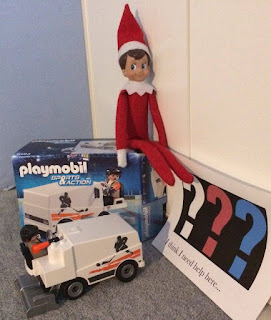 Very suitable, by the way. During intermission of the first Spengler Cup game they had a problem: the rug that was being rolled out for people who weren't wearing skates, stuck to the ice, and they had to call for the Zamboni for some more cleaning, then they had to wait till the water was frozen enough to continue the game! 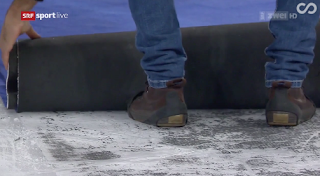 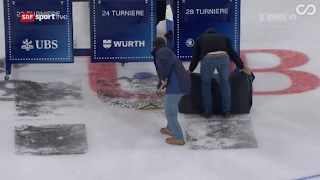 Our Elf may have been going through my blog post drafts. I have been writing about purses and jewelry. Look at her! 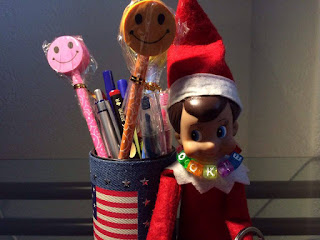 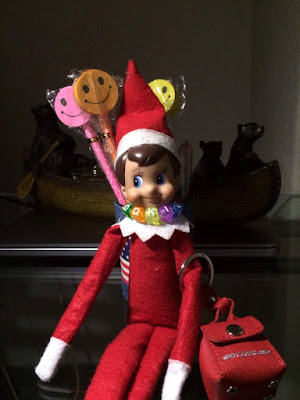 Let's use one of the last opportunities to visit winter wonderland and sip from a red cup! 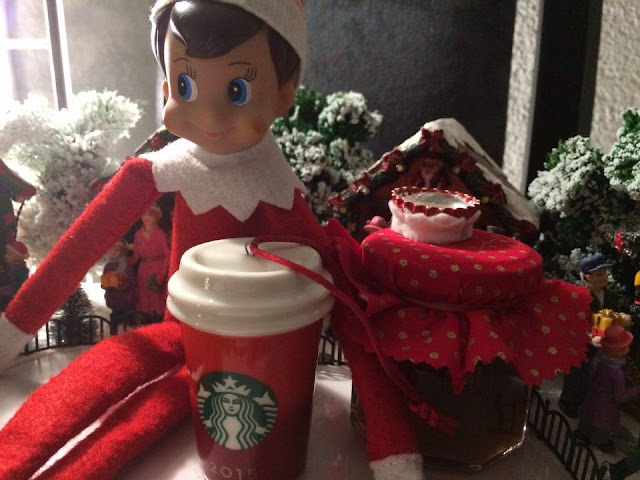 Warming up at the oven wearing Santa's suit. 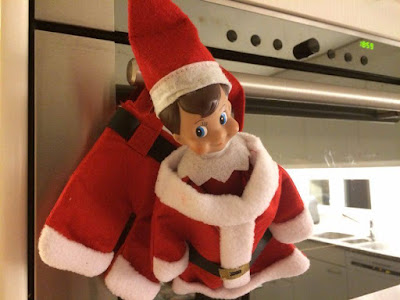 Colin has been allowed to watch Spengler cup games every night and to sleep in our bed, so Cookie thought why not lie down in C's bed then? 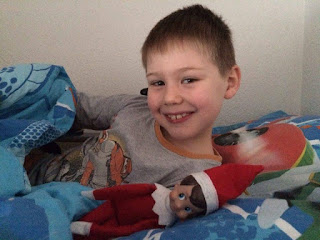 This fall hubby's Dad passed away and left the contents of a 5-room-appartment where hubby grew up in, that later were crammed into a 3-room apartment after my MIL died. He was a gatherer, and he loved his miniature trains. Hubby and his sister still go there every other weekend to sort through stuff.

He promised Colin that they were going to set the trains up between Christmas and New Year's Eve. This is what our house has been looking like: 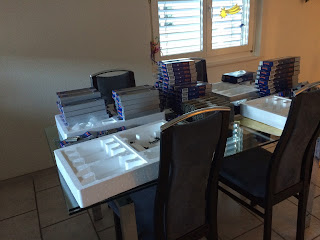 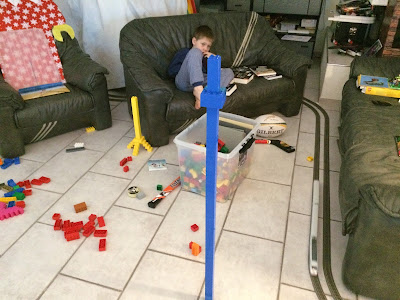 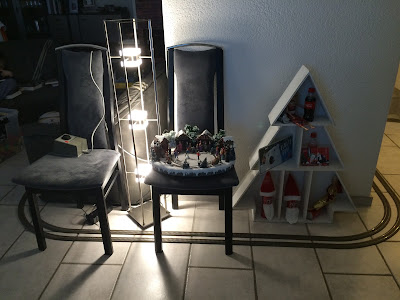 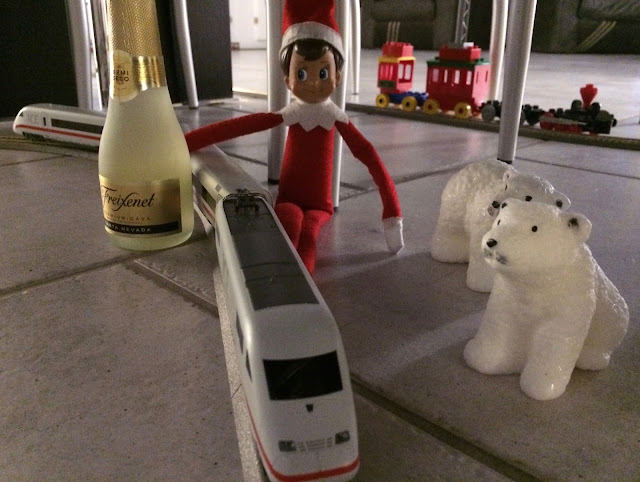 So of course Cookie, our Elf, is riding into 2016 by Polar Express! See you next year!