Use Your Words - Eintr8


Today’s post is a writing challenge. This is how it works: participating bloggers picked 4 – 6 words or short phrases for someone else to craft into a post. All words must be used at least once, and all the posts will be unique as each writer has received their own set of words. That’s the challenge, here’s a fun twist; no one who’s participating knows who got their words and in what direction the writer will take them. Until now.

They were submitted by Someone Else's Genius - thanks, Robin!

Actually I asked Karen to sneak me a selection of the following words: 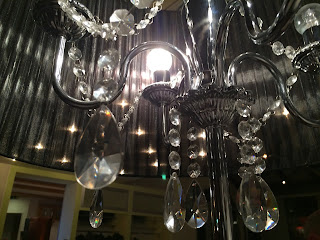 Why did I want those words?

It has become a tradition that I use my February words to tell you about our Office Christmas Dinner that usually takes place early into the new year. You may have fond memories of the Mongolian Fire Incident in 2014, or the Night Out at Andy's Place we had after resolving the Babysitter Scare last year.

This year we went to Eintr8 Steakhouse next town, run by a couple from Montenegro. Monte-what? I know, back when I attended geography class, there were two major countries dominating the Eastern part of the European map: Russia and Yugoslavia. Today? Not anymore. 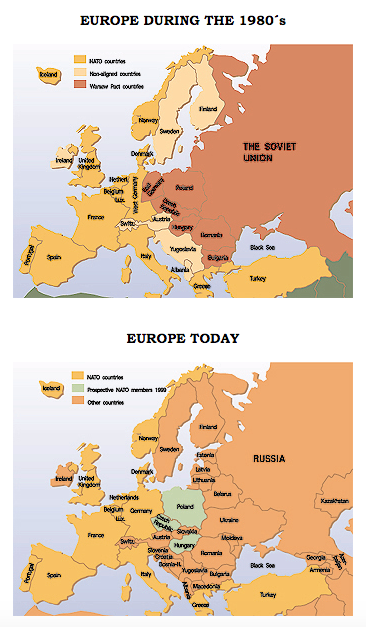 Anyway, Eintr8, or Eintracht means peace, freedom, harmony, and it's one of the old fashioned restaurant names around here.

It had been a hectic day at the office, and when we arrived, we just sat there in silence. Some studied the menu, as for me, I just starred at the flickering candles. 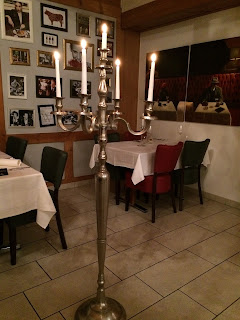 Some wanted Ćevapi a sausage made from minced beef, and only beef, as my coworker who originally comes from Macedonia (not a neighbor country of Montenegro's) and observes muslim food restrictions dietary laws, made sure.

As for me I didn't think of what my choice might do to my body silhouette. I went ahead and had grilled black tiger prawns, beef fillet and chocolate mousse. Yes, it was as yummy as it looks! (Don't ask me how bloated I felt on our way home and basically the whole night through!) 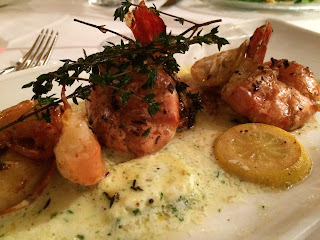 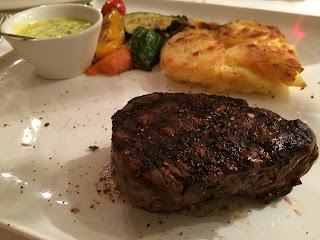 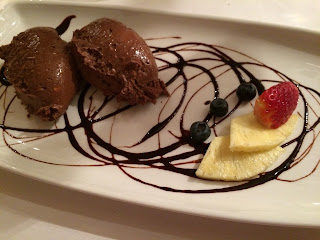 Now, aside from a glass of wine along with my dinner, I am not into alcohol consumption. Some of my coworkers feel differently and were very fond of the liquor exhibition, and they didn't stop at taking pictures! 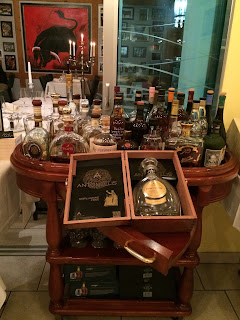 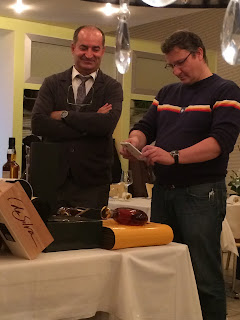 One purchased a gift set: a bottle of rum with two original rum glasses. Which he told the waiter he didn't want. 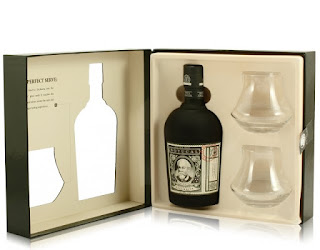 His girlfriend couldn't believe it! She loved the tumblers and wanted to take them home. He was very stubborn about it and insisted he didn't like them and he didn't want them. They got into a bit of a fight. I heard them talking about drawing a line across their apartment, and they would be keeping all the sh** that the other doesn't like on their side.

So much for Eintracht equals harmony ;-)

It may have been a full moon thing. Look through the roof window!

I didn't pursue the rum glass dispute any further.

Instead I listened to the stories my coworker to my left had to tell. He used to be a postman, distributing the mail driving a moped.

"Did you ever ring twice?" I asked him. He looked at me, shocked. "Not in that area!!" Turned out his territory was a neighborhood of mainly elderly people, most of them widowed. "The little old ladies kept inviting me for coffee, though" he smirked. "They loved to see me, especially around that time of the month!"

Huh??? What was I missing? Weren't they, like, way past that period?

OK, so back then the old age insurance money wasn't transferred via e-banking. Duh, no internet. Also, for some reason that is beyond me, they didn't issue checks. No, the postmen actually carried loads of cash and paid out the exact amounts at each and every doorstep.

"Never mind being afraid of being bitten by a dog" he said "some of my colleagues have been mugged" he told us.

Well, I think he did great to avoid risking the great post robbery and to join us instead. If it weren't for him, who would provide all the fun at the office?

There is that other guy, though. He doesn't do it on purpose, but he provides a lot of targets to tease him about.

So that night at the restaurant he asked if anybody drank bottled lemon iced tea.

Why on earth did he want to know that?

"The lids make for perfect water containers to drink from!"

We looked at him, puzzled.

"Something wrong with regular drinking glasses? Look, there are even two fancy rum glasses, clearly they must be better to drink from than bottle caps?"

"Ohhhh! For your hissing friends, hahahaha!"

He owns rattlesnakes. Yes, really! They're his pets! Taking care of them uses a great deal of his spare time. Sometimes on Fridays we'd discuss weekend plans. "It's gonna be warm and sunny, will you be going for a hike?" one innocent person may ask. "Nope, gotta feed the babies" he'd answer.

Speaking of babies. One day, about two years ago, he wanted to help a pregnant future mommy snake with her delivery. She didn't appreciate his help and bit him in the finger. He had to rush himself to the ER and ask for the antidote. The nursing staff got nervous. They were not used to such patients!

Later they also made fun of me. They don't think I'm gonna be able to "handle" my new car. Especially were parking is concerned. I will show them!!! 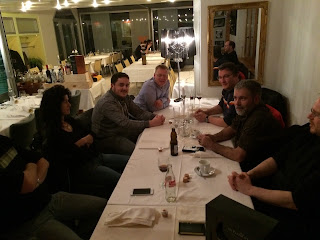 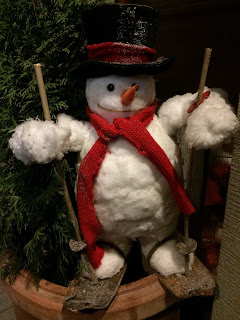