February 14, 2016
I may have mentioned it before - V-Day is not big in Switzerland. We sell and eat chocolate all year round, and we don't need a forced upon us day to declare our love. Or something like that. 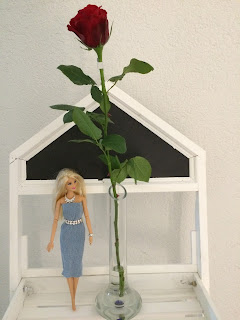 I did plan on giving the LEGO man a crafted heart though.

After breakfast Colin wanted to show me his LEGO leaflet he got at the toy store the other day. Before we could do so, we had to clean up the living room, because all the seats and the sofa were covered with toys and books. I usually get all drill seargent-like because I end up cleaning and he is playing with the things he is supposed to put away.

Today was no different, but eventually we made it.

We were looking at LEGO City, LEGO minecraft, LEGO junior for a really long time. When he suggested to study the Playmobil catalog next I was like "you know what? I'm still not feeling very well (bad cold) I think I need a nap!"

He joined me, made sure I had my panther and was covered nice and warm, kissed my cheek and said "love you, Mommy. When you wake up I want to bring you something from the fridge. A little meal." 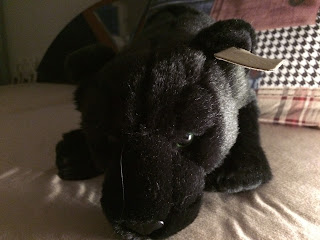 I knew that when I woke up I was gonna wing something. Maybe a scavenger hunt like a couple of years ago Google was gonna help me, I was confident. Plus I always have my secret little gift stash.

Colin has been reading "the three ???" books lately. I understand they are called the three investigators in English. 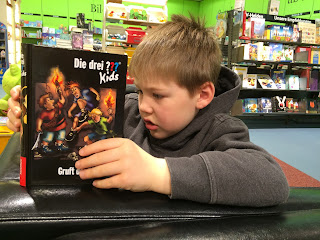 So I thought he was gonna like a secret mission to look for clues that I found over at the Dating Divas. Check out the nice printables! I left out page three ;-) 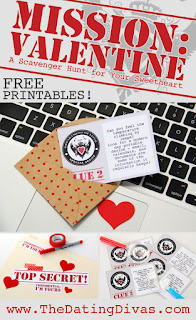 So I wrapped some surprises, printed, cut out and hid my clues, he didn't even notice... 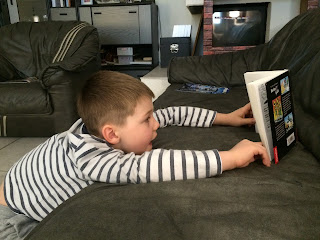 Even now, as I'm writing this, he got out his soft hockey stick and is practicing in the living room and singing goal horns and melodies ;-) 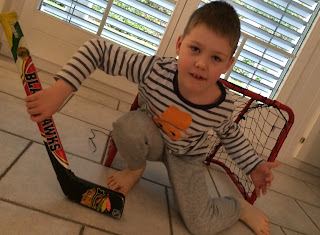 Hold on, he found the LEGO man! 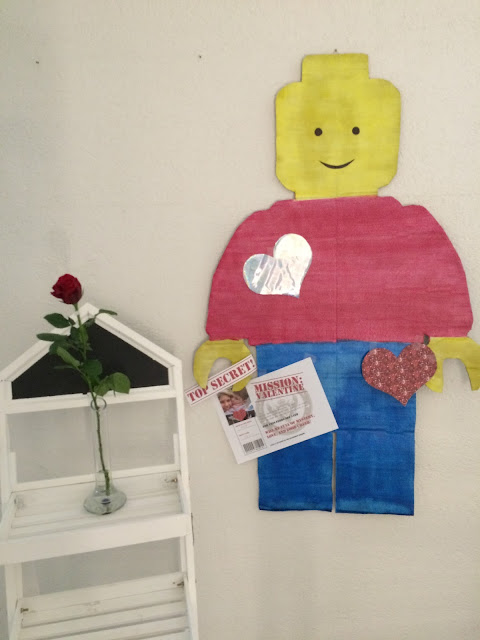 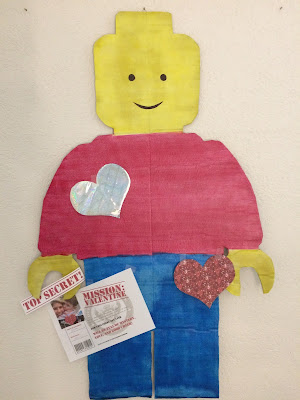 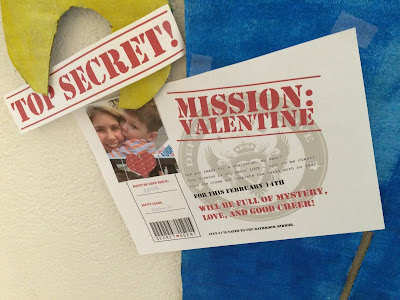 But today he refused to figure out the instructions... He got all grumpy on me, so I left.

His loss. I'm off to watch Sleepless in Seattle. Talk to you later!

Just as I was ransacking the DVD closet, I heard him stomp to his room, and I froze.

That's where his final clue was supposed to send him to find his gifts! I wanted to run down the stairs, but I was too late. He was already standing there, smirking "thanks for the gifts, Mom!"

"You were supposed to find them in the end!!! I won't let you unwrap them until you have finished your challenge!"

"OK, but you'll translate everything for me!" 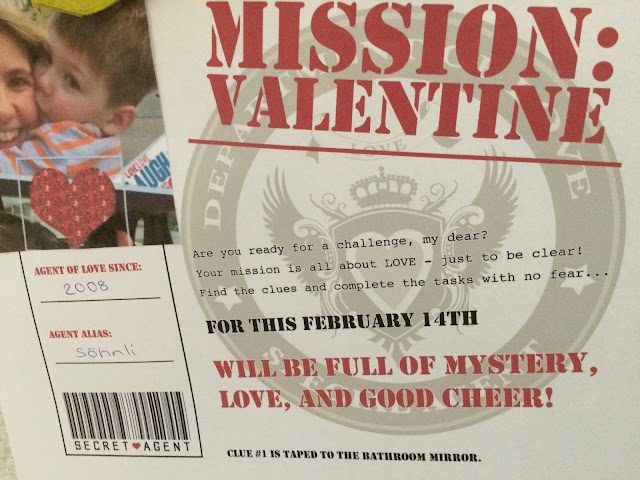 Before I could even finish "bathroom mirror" off he ran! 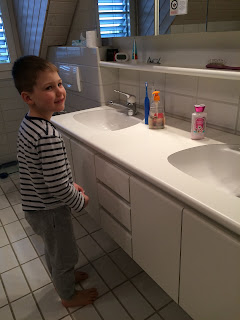 Back downstairs to the kitchen! 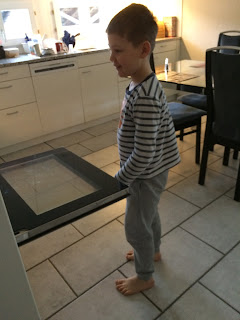 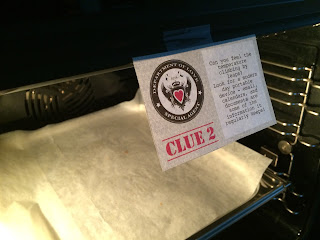 An electronic device, oooh, there are many of them! 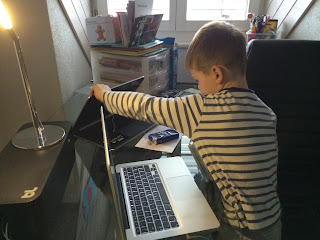 Hmmm, my sofa? The movie room? 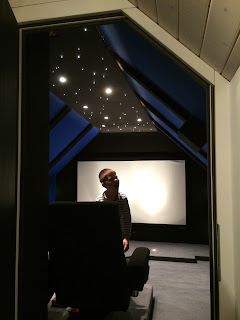 Was i supposed to find this? Oohps, nope! 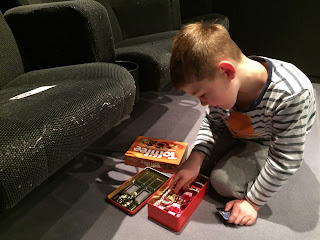 I can't believe I have to go back to the kitchen!
(Yes, that's what I tell myself every day, too...) 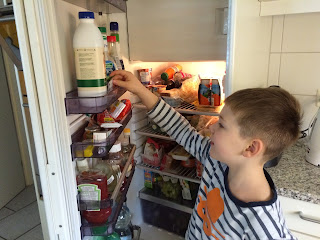 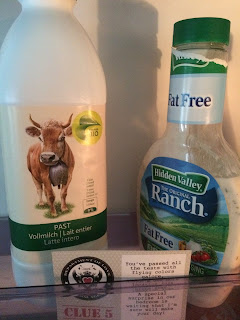 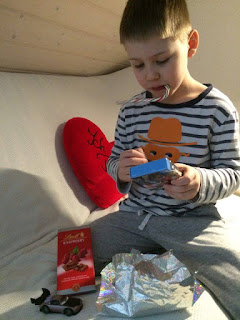 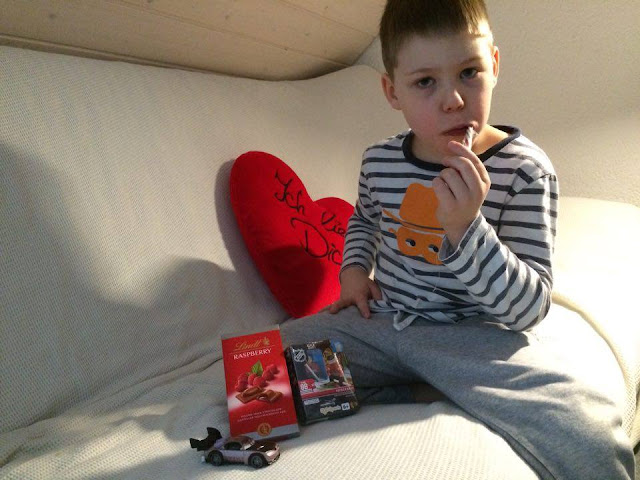