Use Your Words - Pinestraw for President

March 11, 2016
Today’s post is a writing challenge. This is how it works: participating bloggers picked 4 – 6 words or short phrases for someone else to craft into a post. All words must be used at least once, and all the posts will be unique as each writer has received their own set of words. That’s the challenge, here’s a fun twist; no one who’s participating knows who got their words and in what direction the writer will take them. Until now.

They were submitted by Never Ever Give Up Hope - thanks, Carol!

February 28 was an important day for Switzerland. The voters rejected the enforcement initiative that wanted to promote a zero tolerance law allowing us to deport criminal foreigners living in Switzerland. Only the definition of criminal was ridiculous. Half of the Swiss population would probably have to leave the country as well for getting two speeding tickets within a certain time period.

Voter turnout was over 63.1% which is huge. Usually not many people bother voting. This time everybody, me included, wanted to make a point and slap our right-wing parties on their wrist!

Now I'm not sure if this was a sustainable enough gesture. There's probably going to be a new xenophobic initiative soon.

But hey, we're not the only country that is being challenged.

Looking at the U.S. I'll quit complaining immediately. Even though there is hope with this new candidate, seems like a down to earth guy ;-) 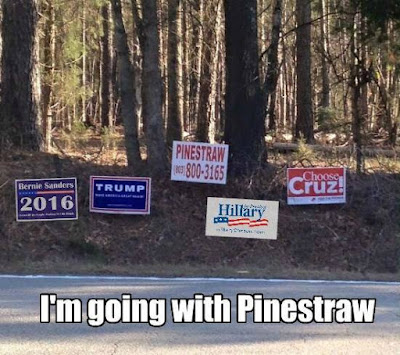 I had a lot on my mind these days which was probably the reason I have been struggling with inspiration for this post. I may blog about it soon.

Anyway I decided to carry around a printout of my words. I displayed them at the office... 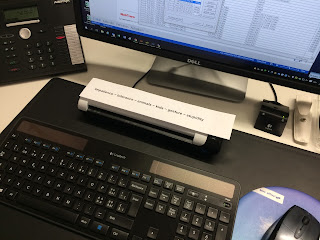 Took them to the mall where I came for writing purposes.
Only my piece of paper tore in the purse... Maybe a curse? 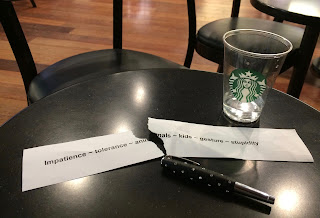 I spent my hour of free wifi chatting with Candice and Karen, and then I had to go shopping.

Did I get any writing done? Did I use any new words? No!

But I could have! Here, let me tell you:

I didn't have enough credit on my Starbucks card to pay for my coffee. I gave the lady a 50 bill and asked her to load it onto my card. She went all complicated on me and told me in order to do so she needed to reverse the entire transaction and had to start over. Huh?

While she tried to tell me why it wasn't possible (one of the very major things you learn during your barista training is to JUST SAY YES, come on now!) the guy who made my doppio espresso, approached us.

"What seems to be the problem?" (if you call it a problem, it will suddenly become one, dude!)

(Fill in loss of words and trouble breathing)

No way could two bags of coffee beans, a beverage (which was actually free because I redeemed my birthday voucher. Did anybody wish me a happy birthday? Nope!) and a cinnamon roll be 60-something bucks. Not even at Starbucks Switzerland!! 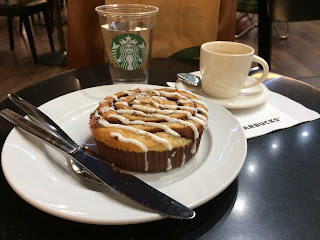 She began to explain. On and on she went. The crowd behind me was getting restless. One customer left. My espresso at the hand-off must have been cold by now.

As he found out with one quick look, the balance on my card was now 61.50.

There. Impatience on my side. Stupidity on hers. Not a good combination. 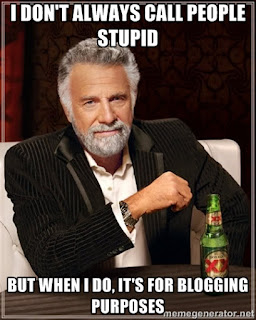 The guy was nice enough to pour me a new espresso :-)
I overheard him tellling her to spend less time talking and more working later. So it wasn't just me.

Back home I made a bread dough (containing some interesting ingredients like yogurt, malt, honey and vinegar) and prepared this vitamin boost (can you see my words?) 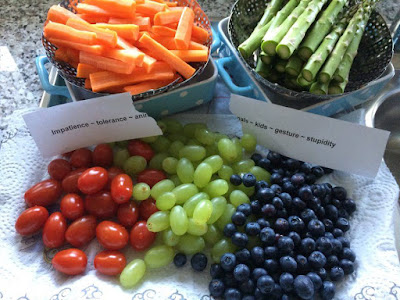 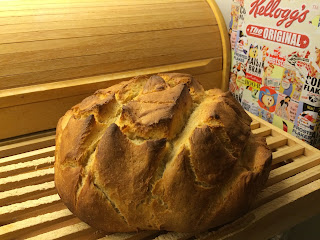 While peeling my carrots I was thinking of my writer friend Zee who was hit by inspiration when she chopped up some ginger the other day. Creativity finds you in the strangest places. Karen told me that oftentimes hers is the shower!

Wouldn't it be fun to compile a list of creative spots, power places, if you will? I reached out to some fellow bloggers over at blogging at your own terms, the group I found when I stumbled upon the 10 days blog makeover challenge.

In the meantime I'll just quickly talk about those animals that I don't have and kids - ha!
I have a kid! He attends daycare, and I need to pick him up in - actually now!!

For good measure I took a picture of my cute son and my words. I like to think of them as my Flat Stanley or something. 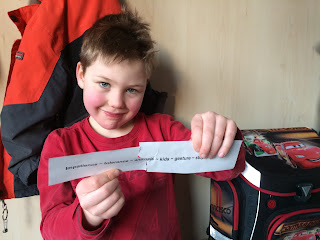 By the way, we may not have pets, but I recently got myself a stuffed animal, a black panther, whom I "found" under hypnosis! 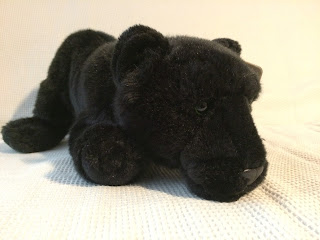 PS: Speaking of reaching out...

Can you believe this nice lady asked very specifically what I needed and pulled a whole entire plot, well, make that two, out of her writer's hat for me? 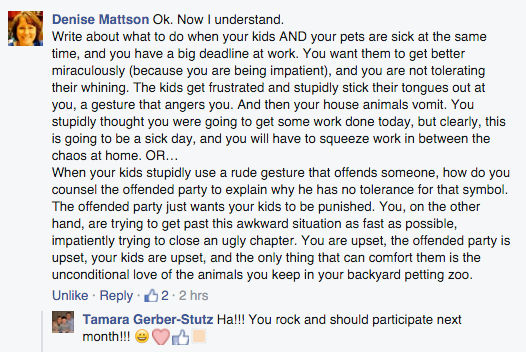 Baking In A Tornado
The Bergham Chronicles


The Diary of an Alzheimer’s Caregiver