April 15, 2016
If you came here for the letter M of the A-Z Blogging Challenge, click here, however I think you should hang on for just a couple of minutes and check this out as well:

They were submitted by The Bergham Chronicles- thanks, Jules!

And that's kind of how I went when I got the other ones. Because I had a reaction. Certain words trigger reactions. Like they spark ideas, bring up memories, or you clearly associate something with them.

For some people primroses may say "spring", or "pretty flowers", and in some way that's what they mostly say to me, too.


Only that those pretty flowers are connected to a very specific event in spring: my charity's annual meeting.

Last month, I participated a couple of days before I left for my trip, and in the meantime I almost forgot about it because I experienced so much.

You see, there is an organisation associated with our charity which runs a nursery. One year we even held our annual meeting at the nursery's school, and for cocktails and snacks we negotiated to use their break room just next to the greenhouses.

That was pretty! The location, that is.

The meeting? Not so much. It was two or three years prior to the chilled chips event if you remember that one.

Let's start at the beginning. We got a guided tour throughout the nursery. They told us everything about the flowers and the bees. 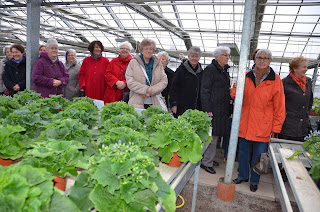 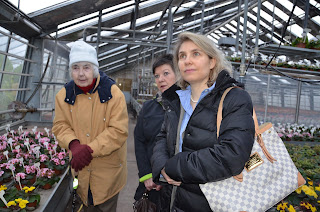 Primroses are their specialty! 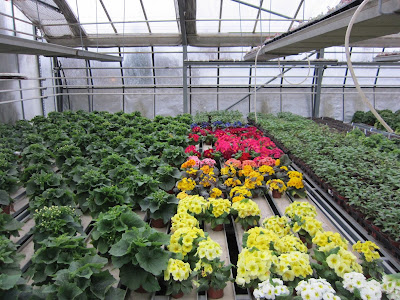 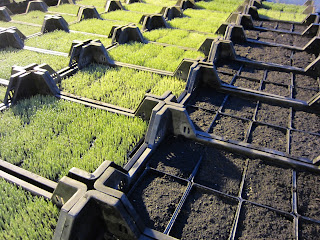 Then we went through the official agenda. We were OK until the ladies who used to work for the children's clothes and toys second hand shop, which is also associated to our charity, spoke up. They had showed up unannounced which to me was trouble enough, but once their spokeswoman started to badmouth us in front of everybody - ouch!

Time for that much needed glass of sparkling wine now! 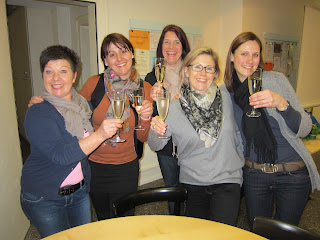 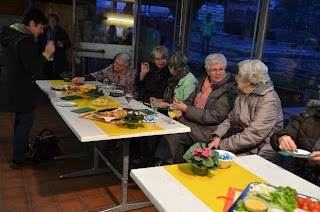 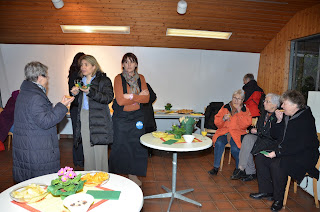 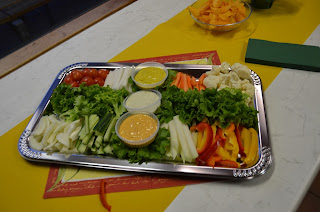 So this year was the second time that I attended the annual meeting purely as a guest (=no preparation, no pressure), and I was kind of looking forward to it.

It was a bit chaotic because we couldn't understand what the chief was saying. Most of the members are 70 and older. As it turned out, they hadn't been able find the microphone. The facility guy who usually takes care of the projector and other equipment had to be brought to the hospital with pneumonia.

One guest attacked the chief, called last year's annual meeting a one woman show, said some other things that were true but unnecessary to air in public, because...

...the chief and the finance person announced their resignation. They were going to hold on for another couple of months, but if no successors could be hired by then, the charity association was going to fold.

Us being a 125 years old society with 400 members, the second hand shop with a lease in the old town, one part-time employee's salary (back then there were three of them) and a dozen freelancers. A charity that has been contributing to many good causes, especially in favor of women and children, and there is gratitude being expressed by many who benefit from those donations. Like the nursery that runs a trainee program for gardeners.

So the other day, actually as soon as I was back in town, I had my parents over for lunch, and my mom told me two things:

a) People were asking if I would be willing to consider re-joining the board? Ummmm, nope!

b) The janitor who wasn't doing so well on the day of the meeting, had died at the hospital.

Man, life is fragile! So sad. He was always very helpful and nice.


Now go find out what my friends' words were, and what they did with them: