7 steps on how to quit bad habits

The other day I came across Kathy's blog. She was writing about her caffeine addiction, and I feel it's time for me to talk about my own here.

I grew up drinking mainly water, tea or syrup at home. On the rare occasion we would eat out, my brother and I were allowed to share a soda. We also didn't get a lot of screen time, so I guess it's only natural that when I moved out, I enjoyed my freedom to have dinner in front of the TV and to drink as many Diet Coke cans or bottles as I pleased.

By all means, I'm not blaming my parents. I was grown-up and I knew that it wasn't good for me, but I just did what was written on it: ENJOY Coca-Cola! I enjoyed it at lunchtime, I enjoyed it at the office, I'm not exactly sure when I started to enjoy it first thing in the morning, but I did. "Other people have coffee, I have a Coke, big deal!" 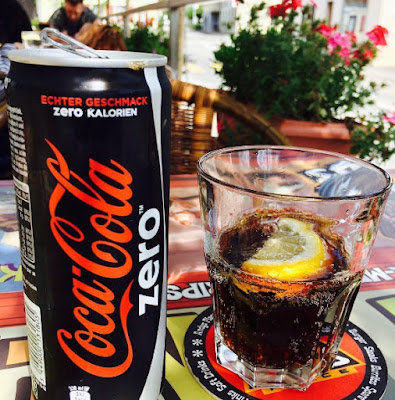 Occasionally I would read an article about aspartame and health concerns linked to it. "Gee, at least I don't turn my environment into passive smokers, I choose to drink it, and nobody has any disadvantages if I do. On the contrary. A lot of people have jobs, thanks to me! Also, if it is THAT dangerous, why has it been allowed on the market in the first place?"

As I climbed the corporate ladder, and my days became longer and more stressful, I guess I started to really depend on my intake. I specifically remember one afternoon, it must have been late 2002. I was working for Mövenpick Ice Cream that was about to be integrated into the Nestlé group, and my role was crucial. I had to either transfer to undesirable locations within the Nestlé group or fire 90% of the staff, and I was determined to walk out of there in the end (yes, I had to fire myself, too!) with everybody being employed somewhere.

Anyway, on this specific early afternoon, I had run out of Diet Coke.

I always kept a six pack in the office fridge, and I don't know how, but I must have taken out the last one and forgotten to use my lunch hour to get some. Maybe I didn't have a lunch hour, that may very well have been the case.

I knew this was gonna be a very tough afternoon for me if I didn't get my fix. My head was already pounding, and I was feeling queasy. What would be more inappropriate: sneaking out and get some myself or ask my assistant to go and buy it for me?

This was the first (and only) time that I really felt like an addict.

Would I send an employee to provide me with drugs???

Absolutely not. This was on me, and I had to own up.

I got into my car and drove to the village market, and I remember telling myself "as soon as this merger is over, I'll have to cut back. This ain't fun anymore."

You know what happened, right? My next job was with Starbucks. Cutting back on caffeine? Hahahahaha! 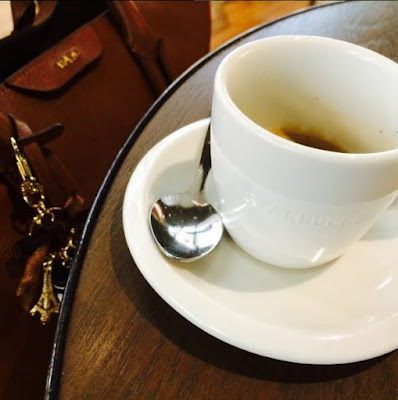 I hadn't been a coffee drinker before I joined. I didn't like that brown bitter tasting swill that so far coffee had been to me,  and I was praying that in my first interview they weren't gonna ask about my favorite beverage. It was TAZO  bottled brambleberry at the time!

Anyway, you know the story. I was sent to Seattle for my immersion, I went through dozens of coffee tastings, I was expected to introduce the Coffee Master program back in my home market, and from now on I was enjoying coffee AND Coke Zero during my long hours, days and years! 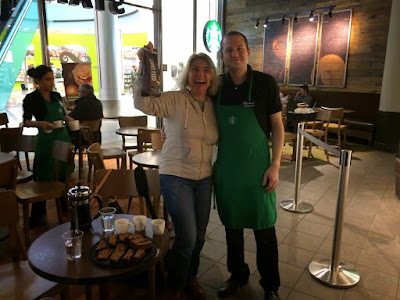 When I was pregnant with Colin I drastically cut back to one espresso / one bottle of Coke Zero per day, sometimes even only one of the two. It was hard, especially during summer, but it was the responsible thing to do.

Run down as I was after my employment with a start-up like market and giving birth I didn't produce enough milk for the little guy, so I quit struggling using lotions, drinking herbal teas, massaging, pumping and whatnot and fed formula to my baby and caffeine to my sleep deprived self.

As my little one was growing up, he learned that mornings were better after not only he, but mommy, too, have had their bottle! When he was old enough to open the fridge door, he would sometimes bring me a Coke Zero to my bed. What kind of a role model was I, anyway?

There has been my trouble sleeping way beyond Colin's nightly feedings, so I knew i had to start thinking about quitting.

I knew I had to quit because gradually reducing the quantity didn't work for me.

Looking back I didn't even know what made me do it on that particular day. I guess I had been waiting for the perfect day to start, and I realized I would be waiting for ever. Anyway, it was a hot summer weekend, and I felt I was gonna prove myself and the world that I could do it, one day at a time!

I didn't tell anyone - I guess I didn't want to be held accountable if I failed. I would tell them once it was over. I had no idea how I would know that it was over! Would I ever go about my day without (thinking about) wanting a Coke?

I was feeling so crappy that weekend, especially on Sunday. We weren't doing anything, so I was basically hanging out in my PJs, taking a sick day. I was feeling sick, sluggish and shaky, and I had some bad ass headaches.

I made myself some ginger lemon beverage and tried to tell myself it was much better for me. 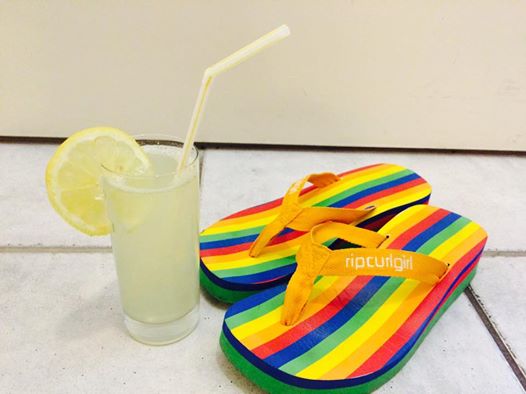 I tried not to think about it too much and instead to do things that would help me to stay on track, like removing Coke bottles from the fridge, stocking it with fruit juice and sparkling water instead.
Even though the bubbles make me bloated, at least I wanted the sparkling sensation!

So I made it through the weekend, the first week, the second week, still I didn't tell anyone, and it was actually amazing that nobody even noticed.

I was clean for six weeks when I celebrated with a bottle of Coke Zero.

Ever since, I occasionally have one or two per week, that's it. I can't really say that I feel so much better health-wise, but I'm certainly proud to have shaken one bad habit!

Summarizing these are my learnings that helped me do it, and if I can do it - you can do it!