July 08, 2016
Welcome to July's Secret Subject Swap. Again 15 brave bloggers picked a secret subject for someone else and were assigned a secret subject to interpret in their own style. Today we are all simultaneously divulging our topics and submitting our posts.

Sit back, grab a flute and check them all out: 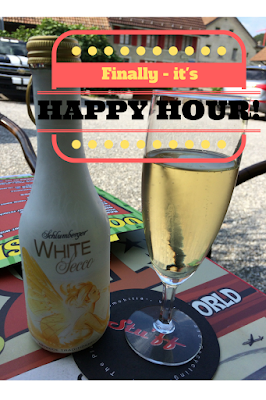 
What is your favorite summer activity and why?

It was submitted by The Juicebox Confessions - thank you, Michelle, great to see you back here, it's been a while!

We've been having such crappy weather that I have decided to try a recipe I came across. I thought it was the perfect summer/winter fusion:

Back to the topic at hand. My favourite summer activity. Let me think... summer... 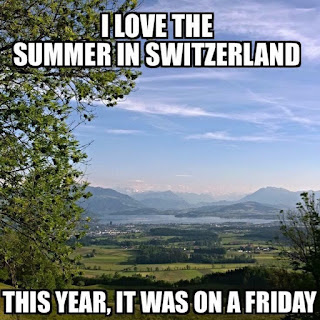 And the one Friday they're talking about was the one I spent at work and at the dental clinic.

Now, assuming we're still getting a decent summer, I kind of wish I could say:

As soon as the days get longer, and the temperatures are rising, I pretty much live outdoors! I go on early morning runs, have breakfast out on the deck, go to work by bicycle, on my days off I grow veggies in my garden, I swim in the lake, go for picnics in the park or have BBQs at home, and we sleep in the tent if not just on inflatable mattresses, star gazing...

First of all summer is not my favourite season for 10 good reasons. It rhymes, haha!
Fall is my thing. (Speaking of ten things, if you're interested in joining me in Top Ten Thursdays, let me know!)

Secondly, I am not outdoor-sy. I don't do camping. Too many bugs are bugging me ;-)

Of course I do enjoy a sunny, blue sky kind of day! A day off, goes without saying!
I do, and I think the following are my favourite summer activities!

A day on the town with my little man! 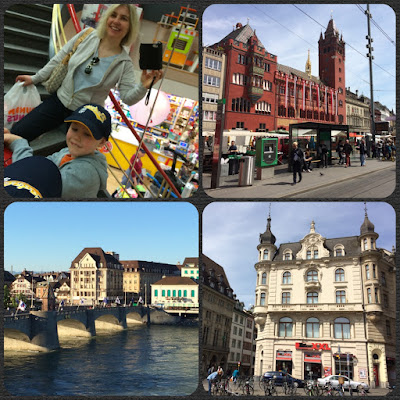 A night out with two little men! 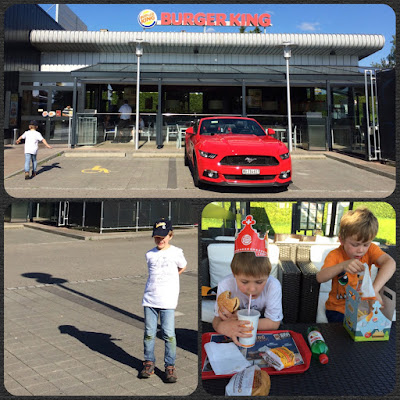 Baking with fruit and berries - or just eating them as is! 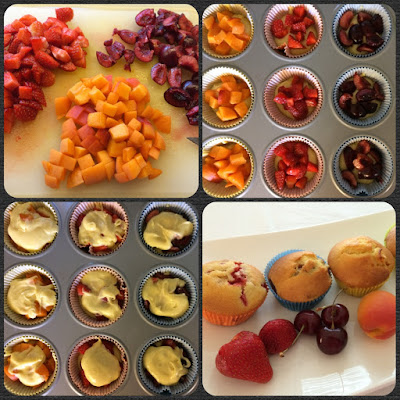 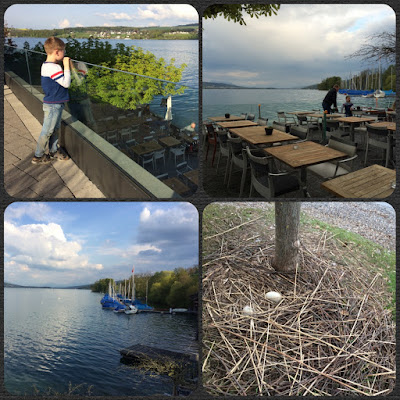 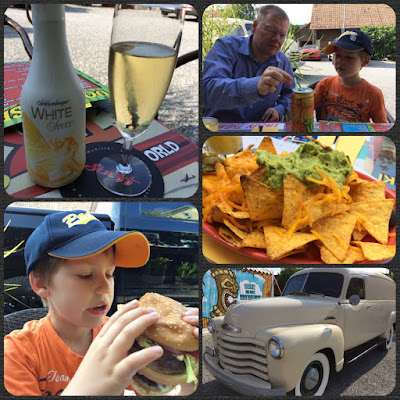 Did you know that our summer break hasn't started yet?

Today was Colin's last day as a second grader, and they were going to let them out at 12 noon instead of 3pm.

But before that I snuck into class.

You see, I needed a reason to be there and get a chance to "let go". So I made the reason being the person who cares enough to organize a farewell gift for the teachers. It seems like this is my destiny or something. I wonder if any other parent would have taken the initiative.

The two teachers didn't just receive their gifts, though. They had to solve a riddle. The solution word was going to tell them where the goodie bag was going to be hidden. 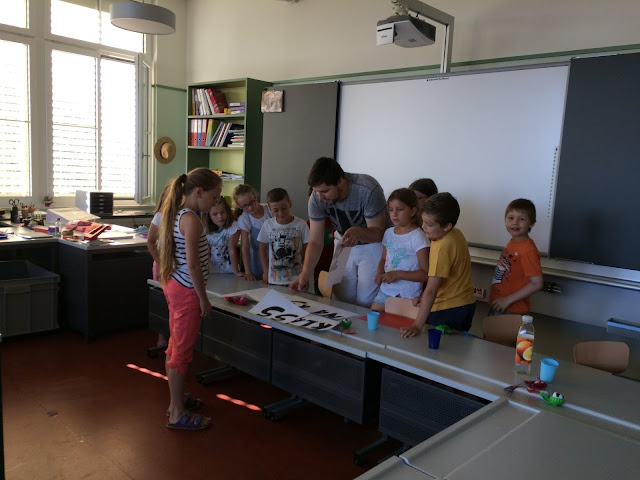 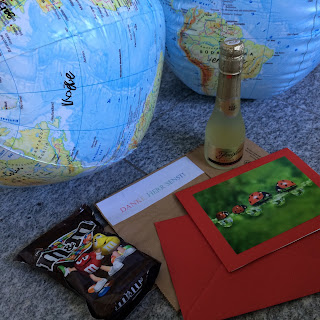 What's the deal with the beach ball? It's a symbolic trip around the world. A little bird had told me that this was Mr S' life goal. I asked the kids to read the card to him. After all he had taught them to read. It was super sweet. He was very surprised and pretty touched, I think, and that made me happy as well.


So Colin and I had made plans to spend the day in the city for a hair appointment, pizza, tram ride, the works, see Zurich Quiz, part 1 and part 2.

Just that the hair salon that we really cherished, went out of business as of last week. They had been renting a space inside the toy store which will have to move out, too, in early 2017. Rents at Bahnhofstrasse (think Oxford Street, Fifth Avenue, Champs Elysées) will more and more only be affordable for banks and clothing stores.

Also Colin really, really loves his conveyor belt sushi place at the mall, so that's where we went instead. Ordering his sushi and maki via tablet is so cool! 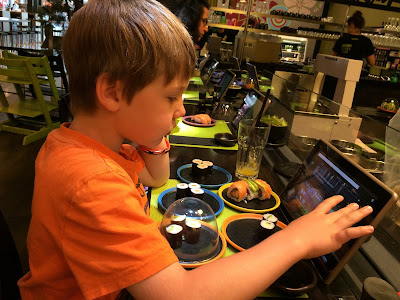 Of course there's a toy store at the mall as well! He tried to convince me that 10 weeks was not too far away to purchase a birthday gift for him! 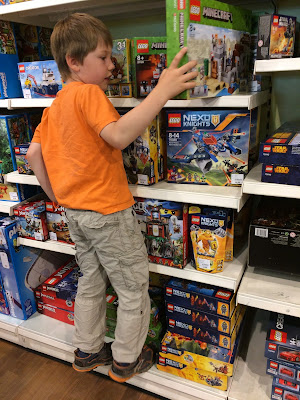 Mommy said no to a gift, so he figured it was no to a book as well. Never mind, he read it right then and there... (I took pity in my little reader and bought him another one on our way out) 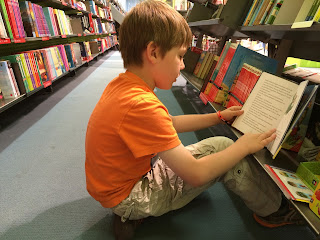 But first - the haircut! Just a regular hair place with a TV, and there was just the one DVD in the player. C didn't know what movie it was anyway - by the time the previews were over, he was done. 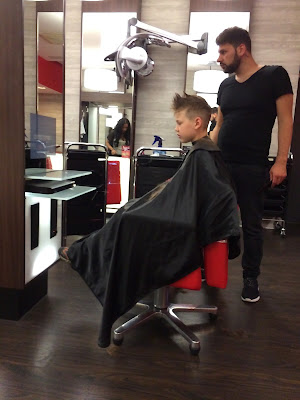 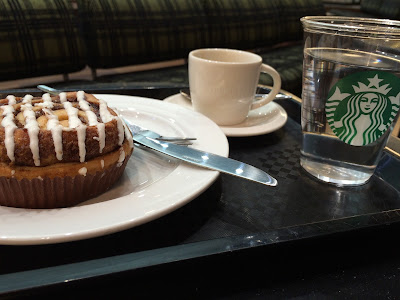 The real reason I got him a book was so I had some time to work on this post ;-) 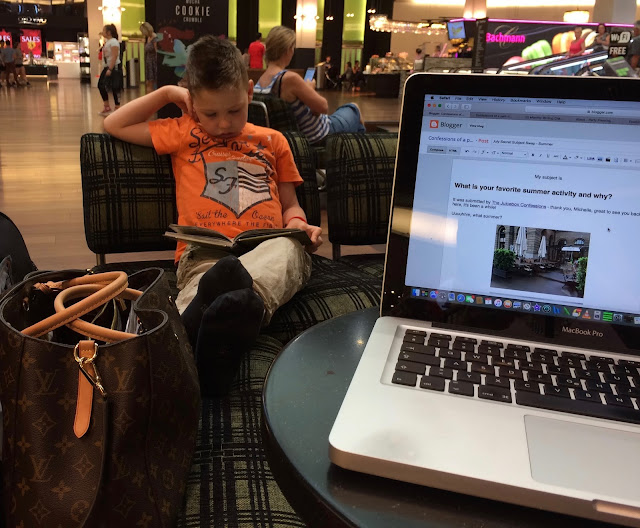 This store must have the ugliest soft seats, but comfy they are! 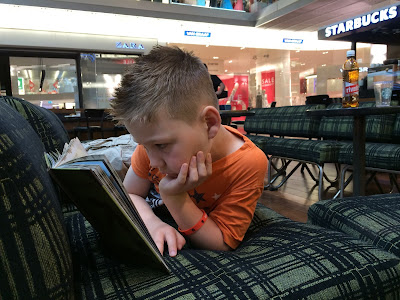 We're going to have a bucket list for this summer break again, but a day like this is pretty much my favourite summer activity! Each summer the little man gets bigger and won't think it's cool to hang out with Mom, so I'm just gonna soak it up!