Today we're talking about Top Ten Things that made my Day!

1. Children's birthdays are a big thing. Not only is there a kids' birthday party, but you're taking cake to daycare and cake to school,... So that's how I've been keeping busy. We've had a jell-o fail. Our supermarket doesn't carry the usual gelatine powder anymore, so I purchased some vegan gelatine, and the gummy candy turned out... not so nice. Still yummy, but it couldn't keep its shape. We were really thrilled when we tried yet another gelatine product that worked much better! 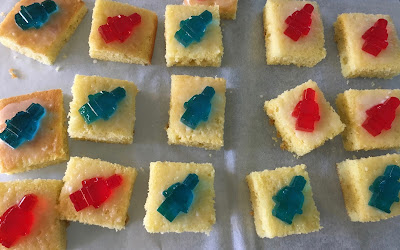 2. I still needed that one picture for my monthly photo blog challenge (it'll post September 30), and I asked my Mom, who is the real photographer in our family, to join me. So the two of us went on a mini-hike through the wet grass, and it was really nice. 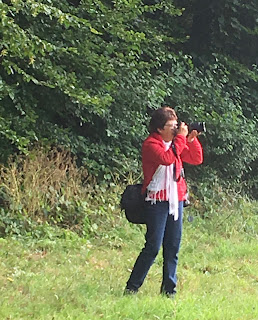 3. My blogger friend Liz over at an American in Basel posted on FB, hoping to find a movie date. 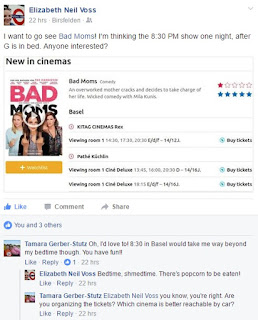 I actually did it! I drove 50 minutes to her place,

3.a Look at the gorgeous sky I witnessed on my journey! 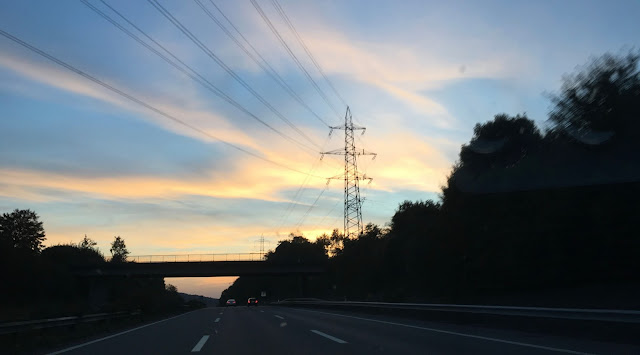 We took the tram into the city, we were among a dozen people in the cinema (it was a premiere! I had urged her to buy tickets in advance!), we endured previews and commercials until, finally at 8.50pm the movie began. We had a few laughs, but in general I found the film producers didn't do a very good job. Most scenes didn't come across very plausible.
I was back home just before midnight. On a school night. Bad Mom ;-)
The fact that I did something crazy and spontaneous was all worth it, though.


4. On the phone with one of my favorite customers. He goes:
"TGIF, it's payday, and just imagine it'd be your last day at work before going on vacation!!!"
Me, smiling "you know this actually applies to me!"
"No kidding, really? You're going away? Are you taking the husband with you?"
"Yeah, I kinda have to..."
"In that case it's not a real vacation!"
Hahahaha!


5. Friday night at the office, everybody, including hubby who went out to a customer's Oktoberfest party, had left. I was finishing up, just waiting for Colin to arrive, when D called. They were on their way home from swim class and were wondering about our dinner plans. That's how we ended up at Burger King. The boys had a blast in the play area, and the moms some uninterrupted us-time. 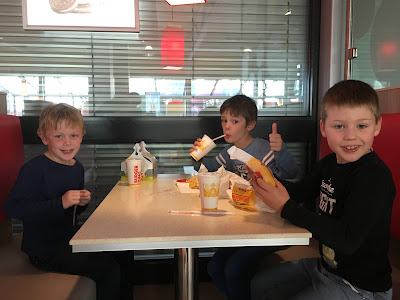 6. In Switzerland the ice hockey season is already in full swing, and my team has been doing really well! 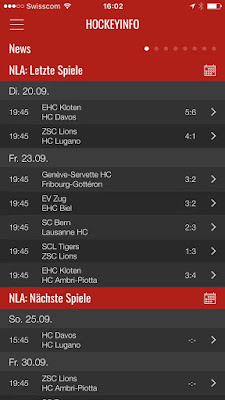 7. During summer break I had urged Colin to part with at least half of the stuff that he never played with anymore. He did a great job. We donated some, dumped some and saved some for our bi-annual village yard sale. There is one for clothes for everybody and one for toys - strictly for kids.
The oversupply of toys was overwhelming! He wasn't able to sell much, partly due to his asking price, but mostly because the other kids didn't sell much either, so nobody had any money to spend.

I had some LEGO gummy candy left from the birthday cake above, and I told him to give them away for his customers. It didn't take long and the kids were attracted by them. They didn't buy his books or DVDs but they actually paid for his candy!!! 8. Finding him reading in random locations and positions always makes me smile! 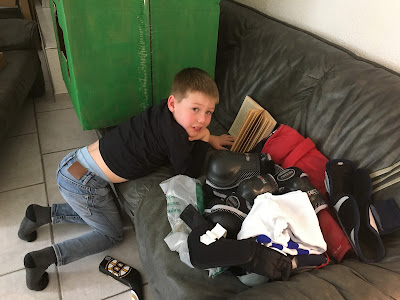 9. Last dinner before take-off: venison. And it was a blue sky kind of day! 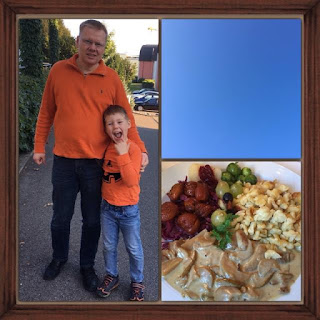 10. As i'm writing this, I have written and scheduled every post that is due during our vacation. Phew! i don't know how much screen time I'm gonna have, so apologies if I don't get to your post till later!


Now we want to hear about your highlights! What have you been you up to?

Would you like to join us for next week's Top Ten Challenge? The theme is gonna be "top ten things to take care of before leaving on vacation",  and it posts  October 6.

Please sign up here or send me a message!

The prompt for October 13 is going to be  "top ten movie locations", think Empire State Building or Union Lake in Seattle, you may also come up with places that should be used in a movie! Sing up here!

But wait! Don't leave just yet - visit my fellow Top Ten Bloggers and see what they came up with! The linky-tool is up, please use it to link up your post!