October 07, 2016
Welcome to October's Secret Subject Swap. Again 12 brave bloggers picked a secret subject for someone else and were assigned a secret subject to interpret in their own style. Today we are all simultaneously divulging our topics and submitting our posts. 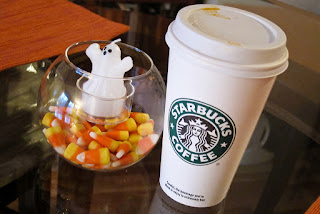 Baking In A Tornado
Not That Sarah Michelle

In a quaint village where nothing bad ever happened, there was this part-time working mom who busted her ass making sure everything and everyone was taken care of:

Home, work, family, charity, her son's activities, you get the picture.

There was always something in the fridge, the freezer and the table for that matter, there were always clean clothes in the closet, the trash took itself miraculously out, appointments were being kept, everything went really well.

The husband worked a lot and showed up more or less promptly for meals. Sometimes he would come home, and his wife was still busy (un)loading the dishwasher, setting the table and supervising their son's homework, all while whipping up a delicious dinner made from scratch.

She, however was the kind of girl who needed things to be done her the  right way, so she sent him out of the kitchen.

The next time this happened - him coming home "too early", she was thinking of all the times when he was beyond late.

She used to send him text messages, sometimes complete with a picture of what was going to be for dinner, saying "dinner in x minutes" (his walk home from the office was 10 minutes tops.) So telling a customer who called and had some lengthy questions "I'm sorry, may we discuss this tomorrow?" would be considered impolite. However making the loving wife, cute son and yummy dinner wait without so much as a text "will be late, start without me" - well, it couldn't be helped.

At some point she resented the "am I too early?" and she snapped.

He was all like "this is a typical sender - receiver issue. It was a simple, factual question. No need to be annoyed."

The husband loved to watch Forensic Files. Oftentimes when his wife wanted to go to sleep, he was watching something that didn't sound like love, peace and harmony. The blood trail, charred remains or death play would be titles of episodes.

The husband was home in time for cake and generously offered later to make pasta for dinner, so the exhausted wife and her girlfriend could enjoy happy hour. Yay!

The next day the wife followed the mess trail and cleaned up wrapping paper and party remains. Other than that  she finished a post and caught up on her blog reading. Around 6 pm she asked her cute son whether he was hungry, and did she need to make dinner?

It wasn't much later that the husband who had spent the day finally putting together his tax documents approached her.

"So is there going to be dinner or not?"

What followed was a typical husband / wife fight about household chores, who worked more and harder, and of course he pointed out who made dinner last night.

"Oh right, once in a blue moon you lift a finger, and already you want a medal?"

They didn't fight often, so she was really bummed for a while.

Fast forward a couple of weeks.

One night the husband came home from work to an empty - and dark - house.

He wanted to switch on the light. Nothing. He tried another button. Still dark. With the torch of his iPhone he went down to the basement to check the fuse box. Everything looked OK.

As he walked back up to the apartment he noticed the smell. Burnt, singed, ugly.

"What is going on here, and why isn't anybody home?" he thought.

He walked into the kitchen, still illuminating his way with the phone's lamp, and opened the oven where the smell was coming from.

This was when he heard people walking towards the entrance. They must have tried to ring the bell, but there was no sound, so they pounded at the door.

WTH??? He was hesitant, but what was he gonna do?

Two officers introduced themselves and asked who he was.

Shaking his head the husband said his name.

"May we see some ID? Driver's license?"

"I keep it in my car which is at the office. I walked home."

"My wive had it. She needed it for the ESTA application."

"Speaking of your wive, what do you know about her whereabouts?"

"Nothing, I was wondering about that myself!"

The whole conversation took part in the dark, except the husband's flashlight.

One of the police officers turned on the light. It worked.

"What have you been up here in the dark, buddy?"

"Nothing!!! I live here! I came home from work, wanted to turn on the light, it didn't work, I inspected the fuse panel, and nothing seemed to be wrong."

Fast forward an hour or two.

The wife gets a call from a friend on her cell phone.

"Trick or treating with our cute son."

"That's a relief!! Would you mind coming down to the police station, identify your husband and confirm that you're alive? It looks like he has been arrested for breaking and entering and homicide, and I have been consulted in my capacity as a lawyer."

Tell us about a Halloween movie, a favorite, one you can’t stand or make up your own.


It was submitted by Baking In A Tornado - thank you, Karen!


Will you believe me if I tell you that I haven't seen any Halloween movies - ever?

How is that possible? I grew up under a rock in Switzerland!

I think the first time I heard about Halloween was in a BH 90210 episode. Brenda, Kelly and the other kids dressed up and attended a party while David and his nerdy friend were throwing raw eggs and cars passing by.

So I had to come up with my own Halloween (short) movie...