November 30, 2016
November's theme is "thanks", now THIS was a thoughie for me, and I admit I did a generous amount of procrastinating. I already posted my Top Ten Things to be thankful for last Thursday.

Living in Switzerland we don't celebrate Thanksgiving, so I can't just post pictures of family and food and be done.

What I did instead is just going through my November pictures and chose some that represent people or things I am thankful for.

First up the fact that we're doing well as a family. So well indeed that we are able to give back - or forward if you will. The other day we heard about a toy drive initiative. They are collecting toys and kids' clothes that are in good condition and give them to families who are not as privileged and can't buy new stuff for their kids.

For us it was also a much needed opportunity to purge, say goodbye to beloved stuff (and make room for new gifts...) 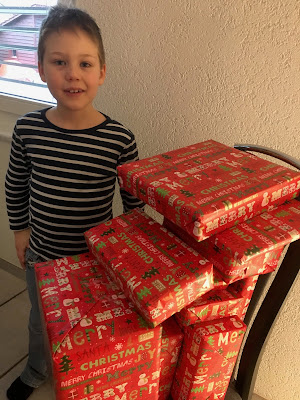 One of the reasons we are doing well is my hubby's IT company. He founded it with a friend in 1993 when both were just some young guys with good skills, work ethics and no responsibilities.

Their first office was in a garage, much like Hewlett Packard ;-)

Hubby's friend, a type A personality, was in charge of pretty much everything that was people and money related. My husband, the introvert, did a great job taking care of all technical matters. They had good times and less good times, hired people, acquired office space, expanded into business software consulting,...

Hubby's friend's father helped out when they needed advice - or cash. In 2011 the friend passed away unexpectedly - leaving my husband in charge and very much out of his comfort zone from one day to the next. I quit my airline job and joined a couple of months later.

The friend's father didn't want to impose his expertise on us but he stuck around, came by every week, kept auditing our accounting and always had a word of encouragement. His health is declining, and as of 2016 he officially retired (he's in his early 80s).

The other day he came for a surprise visit, and with "came" I mean he didn't have his wife drive him - he came using his walker. I thought it was the cutest sight in front of our office! 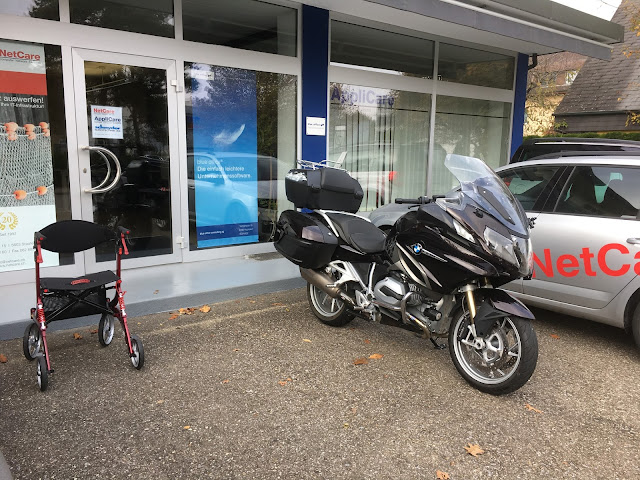 Our school, teachers and library - they provide a wonderful learning environment for my son so he can grow up to become whatever he desires. Politicians want to cut more education funds which caused our teachers to go on strike one afternoon this month. Students got time off, and teachers and parents protested in front of our state's capitol while the guys were trying to have their budget meeting. Still waiting on results... 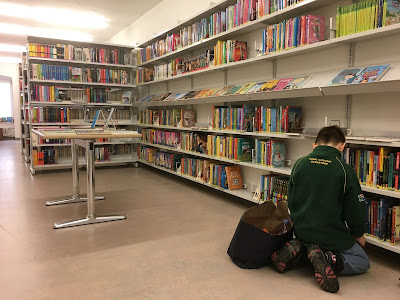 Starbucks for being my former second place (of employment) and today's third place - where I go, write and enjoy my ultimate freedom! As of this summer the last two Store Managers in the Zurich area that I personally hired / promoted left, which is great for them (they moved to Florida) but sad for me.

Nature! Whatever us crazy human beings may be up to: elections, protests,... nature doesn't give a *** and keeps doing its own thing. Those bushes are across the street from our office. I took this picture on a particularly dull and foggy day, and I thought the vibrant colors were doing a fabulous job brightening up our day!

I hope you are having as much fun with this post as I am! Please check out the other posts here!


See you next month!