Today we're talking about the Top Ten Scents that make our lives better.

Next week's TTT post its called best laid plans; we were going to the Basel Fall Fair which would have been a perfect opportunity to take you around and let you take in all those gorgeous smells from the food booths. Think roasted candied almonds (like), chocolate covered strawberries (like), gingerbread (like), etc.

Unfortunately they will occasionally get disrupted by cigarette smoke (dislike). Also my master plan failed, so let's do this differently.

I'll let you shadow me for a couple of days, and I'll tell you what it smells like:

As it was half snowing, half raining (so I was not going to wear my UGGs) I had to fix my shoe situation. A quick trip to the mall was in order.

2. The new ones I purchased have that new leather smell (like) 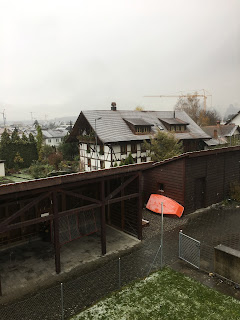 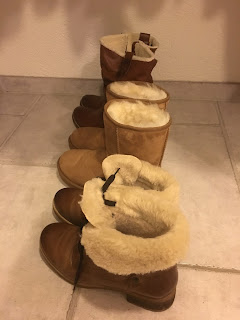 Unfortunately it didn't take long, and it got overpowered by waterproofing spray (eeewww!)

I said quick trip, and I kept my word. I didn't even go to SBUX as I usually would. I'll still give you this old picture, because we are in need of some 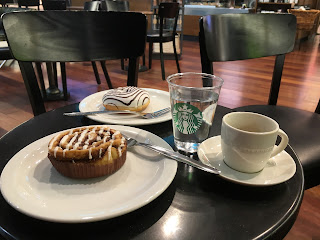 In the evening Colin had swim practice. I took him to the indoor pool, and as soon as we walked in, this

4. yucky chlorine water smell hit us, along with general stickiness. (Dislike)
I dropped him off and walked over to the mini-mall for two reasons: to use their free wifi and to grind the coffee beans I brought. Yum! 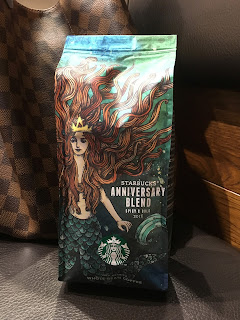 As a treat I took Colin to Burger King. Their ventilation system is pretty good, so you don't leave smelling like a French Fry which I would dislike.

Now, I do like my BBQ steakhouse burger, but given the choice I'd much rather have a nice grilled steak like this one at the Cowboy Grill.

6. I think the smell of a BBQ is pretty mouthwatering.

Except it you're a vegetarian, of course. If you are, just skip this one and go straight to #7. 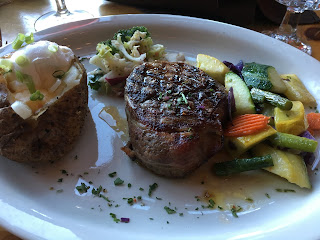 7. A nice glass of CabSav with hints of blackberries or cherries completes the experience! 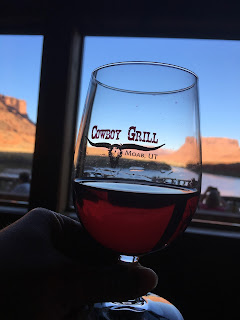 Office. Nothing special, until one particular coworker starts brewing his Rich Hazelnut Beanies Coffee. (Major like!) My word!

There is a back story to this: when I first started to work for my husband's company (it's been almost five years now, unbelievable!) I was only drinking Coke Zero at the office, whereas everybody else kept using the Nespresso machine. Now nothing against that, you all know I have a weakness for George Clooney (btw I imagine he smells delicious...) 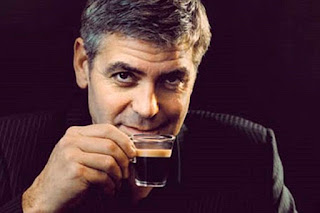 I told them as a former Starbucks partner there was no other coffee for me. They were shaking their heads, going on about how expensive it was. 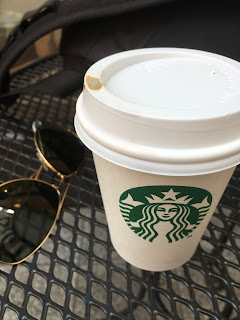 From time to time I would bring my French Press and brew some coffee for them. Since it was free they tried, and they loved it. Over time we had Verona, Guatemala Antigua, Gold Coast Blend, Anniversary Blend and Christmas Blend, and they quite appreciated all of them, except one guy kept going on about "when are you gonna make some hazelnut coffee".

He used to work in NYC for a couple of years, and during that time he liked his hazelnut coffee. I wrecked my brain and asked around among my SBUX friends, and I came up with - nothing, except hazelnut sauce that they use for certain beverages. Chris assured me the hazelnut flavor was "in the beans".

One day when I was ordering off one of my favourite American food platforms I discovered Dunkin Donuts' hazelnut coffee. I got one and left it casually on my desk. My coworker's eyes almost popped out.

"THAT's my hazelnut coffee, where did you get it?"
"You know if you bothered to tell me it wasn't SBUX I might have come up with this one much earlier!"
"Lady, at what point did I ever say I was talking about Starbucks??? That was just you, assuming!"
Touché.

8. Not much later I found the rich hazelnut Beanie variety at the Canadian Store.

About half of my coworkers have been hooked ever since. They pitch in for large, expensive bags!

As for me, I love the smell. If Nutella made coffee, this is probably what it would smell like! Now to drink the coffee... personally I think it's too flat. I'll stick to my SBUX. 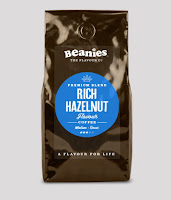 Colin had hockey practice, and he was super successful. He scored six times! 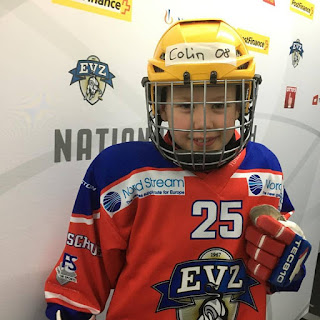 My favourite part about my morning bathroom routine is choosing a body lotion. I own too many countless varieties, most are from Bath and Body Works or The Bodyshop.

9. With the Holidays approaching, my favourites are Candy Apple & Twisted Peppermint.

10. Preview: I'm going to meet a friend for pizza! 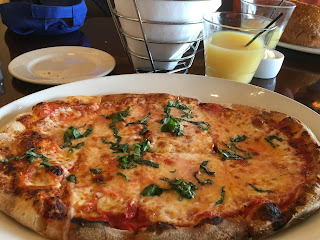 What are your absolute favourite smells?

For current purposes there is a Special Edition of Top Ten Thursday today: A list of the top ten things I want Mr Trump to know. It's a bit sarcastic, pretty personal and a lot serious, check it out!

Also please join us for next week's (Nov 17) Top Ten Challenge! We'll be talking about the top ten things that totally went according to plan in our lives. Or not. Sign up here.

Sign up for Nov 24: Top then things to be thankful for