Use Your Words - High Jinks

November 11, 2016
Today’s post is a writing challenge. This is how it works: participating bloggers picked 4 – 6 words or short phrases for someone else to craft into a post. All words must be used at least once, and all the posts will be unique as each writer has received their own set of words. That’s the challenge, here’s a fun twist; no one who’s participating knows who got their words and in what direction the writer will take them. Until now.

They were submitted by The Diary of an Alzheimer’s Caregiver - thanks, Rena!

These words scream "Thanksgiving" - I'm not going there, though, and here is why:
If you have been reading me for a while you know that I love Halloween, and I love St. Patrick's Day, and I go to great lenghts to prepare for a giant bash for our visitors.

I do a lot of crafting, decorating, cooking and baking, and I need everything to be just the way I want it - meaning I have to do it alone. And yes, I get stressed out every time because as early as I try to start, I always run out of time.

There are always more things I want to do like more ghost lights, decorative Halloween themed placemats, Halloween Bingo, a treasure hunt or a karaoke sequence wearing costumes.

"The thing is" my husband says, "people don't know about what's missing. They see what's there, and that's plenty!"


This year Halloween fell on a Monday. What a stupid day for a party. Colin has swim class on Mondays at 5:30 pm which we decided we were going to skip this week. His buddy Eric was also opting out of jujutsu - perfect.

In the morning we found a surprise: Cookie, our Elf on the Shelf made an early appearance to party with the girls!

Halloween jokes on the snack box, and Colin was off! 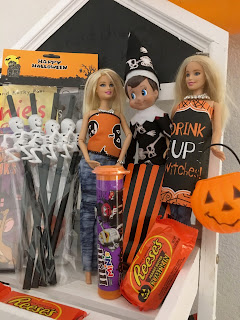 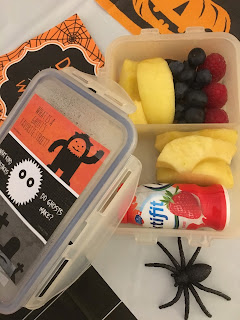 The boys came to our place directly after school and had the best intentions of doing their homework right away. 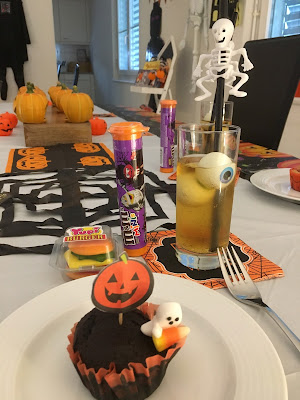 Then they got so distracted by all the cool stuff. 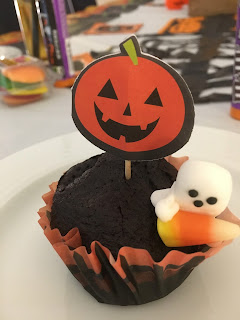 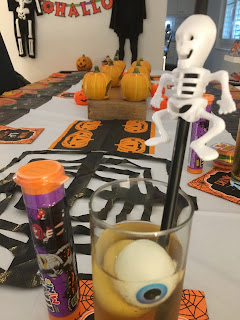 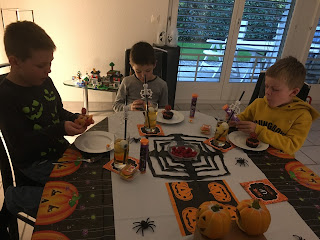 By the time they were done eating their snacks and putting away their school bags I had to start dinner while they got to watch Tom & Jerry's Hi-Jinks. I could tell they were having a great time as I heard them snickering and giggling. Of course they were also stuffing their faces with Halloween M&Ms I put on the table "for after", hahaha. 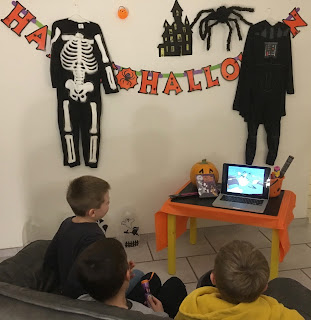 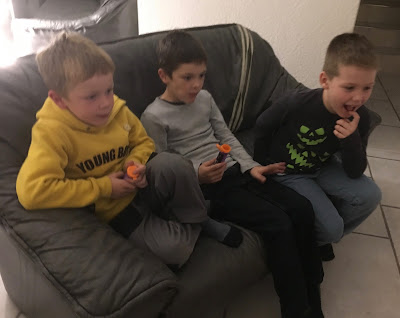 When everybody arrived from work, we had bread bowls filled with pumpkin soup, we had dogs and... we had spiders. Well, black olives. 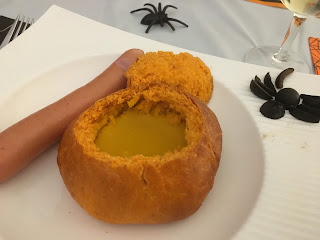 For those who didn't spoil their appetite with candy, there was skull cake for dessert. 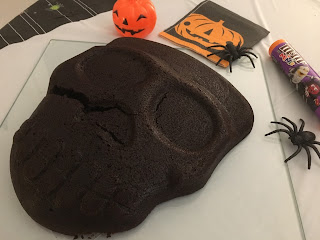 Finally the boys got the green light to get dressed and run off. 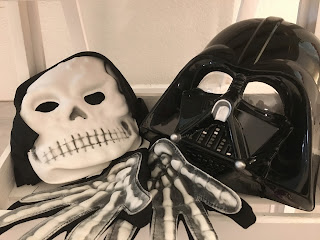 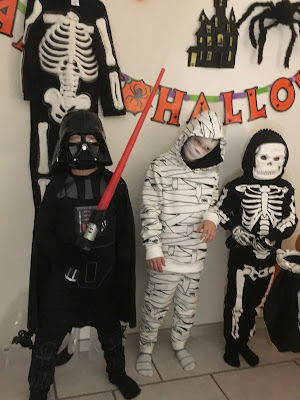 Our group consisted of two mommies, one mummy, a skeleton and Darth Vader, pretty scary company! 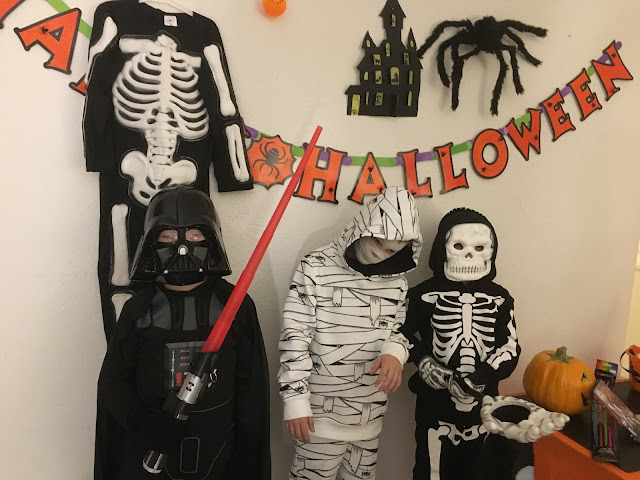 Whose house shall we visit first? At first - not unusual for Colin and his best friend - they were wasting valuable trick or treat time by arguing whether to go to the triplet's house or the opposite direction.

Once again this year we encountered different kind of households:
On the street we met a family with their young son. He didn't have a costume, and he didn't have any candy. I was very proud of our gang. They readily shared some sweets and gave him tips on whose door to knock. 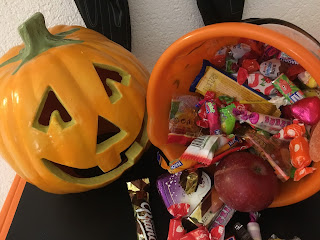 In Switzerland our fall back had already happened on Sunday before Halloween, so it got dark really quickly. We thought this might trick the boys into agreeing to go home at 8pm since it seemed like the middle of the night. They didn't concur, of course.

The next morning, our Elf had disappeared - not without leaving a note, though. "I'll be back in three weeks" she promised. Can't wait! 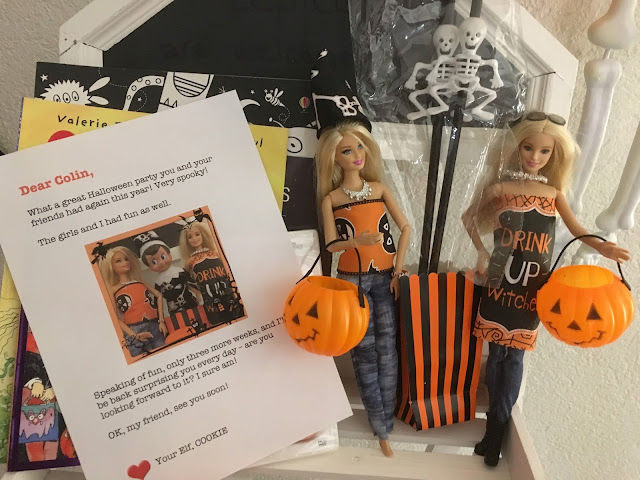