December 02, 2016
Thursday morning, 5am. Colin began to stir, and obviously a thought hit him, because the next thing we noticed was him jumping up and running back and forth in the house, rummaging here and there. Lights on, lights off, doors open, doors close until hubby had enough.

"What is he talking about?" the husband moaned.

If Colin went the bathroom first thing in the morning like any regular person he'd discover her right away...

Instead of the traditional Holiday PJs (too bad he has grown out of the cute clothes size group!) she brought a festive Minions sweater. 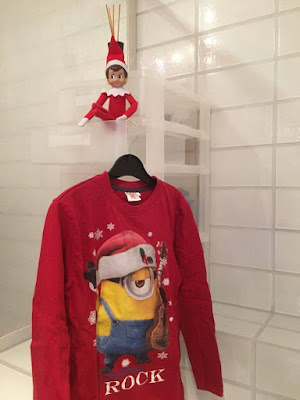 The next morning Cookie reunited with her Barbie friends. Looks like one is temping as a Barista this season! The can our Elf was sitting on is snow spray - we'll see what trouble we can get ourselves into with that! 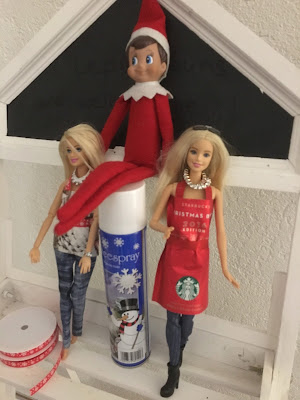 On Friday night I attended my college class reunion. I haven't seen most of my former classmates in all of the 25 years - that's how long ago our graduation took place! Needless to say I got home late and forgot to move the Elf.

"Mom, I have proof now that it's you who moves the Elf" were the first words Colin greeted me with when I finally got up around 8am on Saturday.

"What are you talking about?"

"She is still in the same spot as yesterday. I am pretty sure it has to do with the fact that you weren't home last night."

I was too tired to say anything (at this point I'd like to mention that I didn't have a drop to drink at the reunion!!!), and he didn't press it.

Later in the afternoon when he was at his friend's house, Cookie and I took a nap. I didn't fit into the tissue box, though. 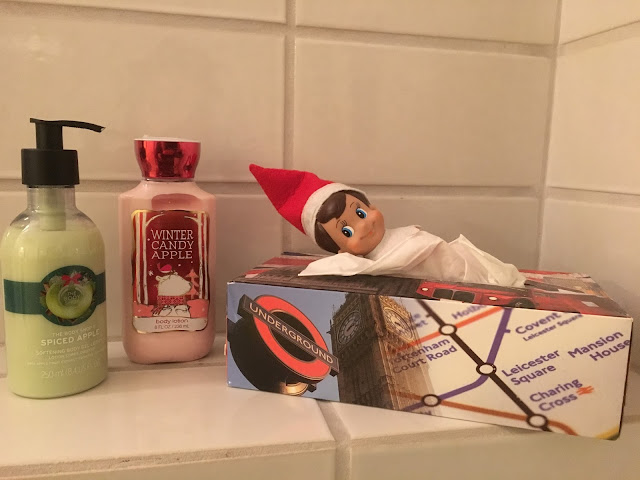 Monday it's hubby's turn to make breakfast for Colin. What better location for our Elf than to wait in the cereal box? (Breakfast with Daddy is Kellogg's, breakfast with Mommy is Nutella toast, and unfortunately there is no family member called Tiffany!) 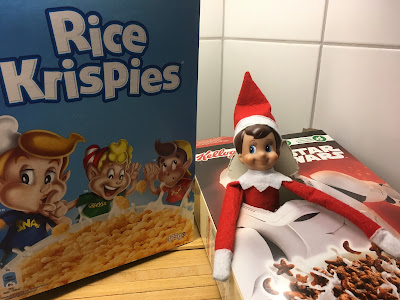 As I mentioned we have been doing a lot of purging these days. We mainly sorted out toys in order to donate them to families who can't buy new gifts for their children. It took a bit of convincing because Colin doesn't like to

a) clean up in general and
b) part with his stuff ("I still play with that!" I'm gonna use it again!")

The fact that one of his favourite hockey players promoted the PetitSuisse  initiative and my pointing out that he needed to make room if he wanted to wish for new toys did the trick.

The next morning our Elf Cookie promptly landed on the empty bins. Her note said "nice job purging!" 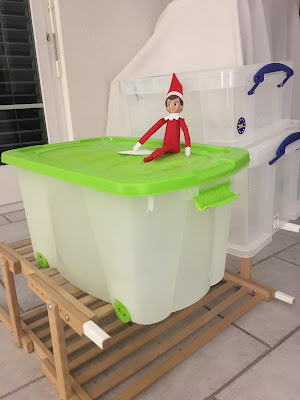 We had dropped the majority of the gifts prior to hockey practice last week, but there was still more to wrap and collect in a large IKEA bag, so Cookie got her hopes up and asked if the presents were actually for her! 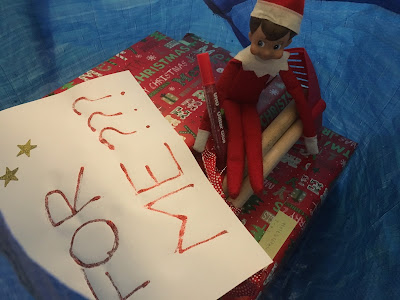 December 1st, time to launch our advent calendar(s)! 24 tiny cardboard houses and a Coca-Cola truck! By the way, Colin never brought up the "I think it's you who moves the Elf" topic again. He even told me that Cookie brought the Coke truck! (It had been hidden in the basement!) 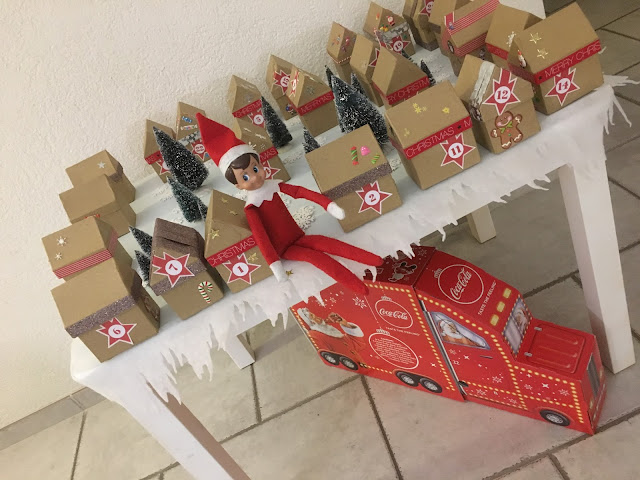 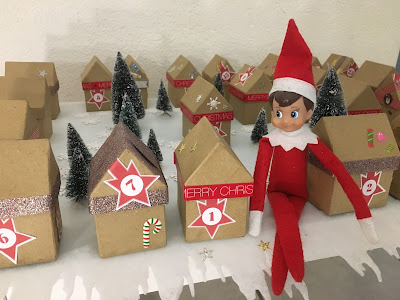 Like in the previous years I am going to link up my Elf posts on ShaRhonda's blog The 4-Crow's - head over there every week for updates! Also check out Cookies adventures next week.