and it's a sequel of Philadelphia and Blue.

Linda and her husband are sitting on a bench at Pier 39 watching their toddler running up and down the wheelchair / stroller ramp. At first he thought it was a slide.

"It's pretty amazing we ended up back here so soon, isn't it, and come to think you didn't even want to do it." She said.

Good example of how life happens while you're busy making (other) plans.

Up to that point, being a DINK couple, they had been visiting parts of North America twice a year for several years. Major cities, National Parks, you name it, they've been there.

They figured doing so with a baby in tow would be out of question for a couple of years. Linda couldn't remember if they specified "a couple".

When she found out she was pregnant in January 2008 they decided to go on a Goodbye Tour. At five months pregnant, they consciously enjoyed several weeks worth of road tripping through Canada and the West Coast of the U.S.

For their 2009 vacation they went to the Italian part of Switzerland with a car full of baby stuff: stroller, food, toys, diapers, clothes, extra clothes, and their days (and nights) were dictated by their one year old son's eat / sleep routine.

Shortly after returning, Linda got a job offer. Not just any job. A part-time job as an HR Manager at their national airline. With the minor annoyance of it being located near the airport (meaning a dreadful commute on Switzerland's most congested freeway) everything was like she'd imagined her first back to work job would be. In a couple of years. (Unspecified)

February 2010:
Linda excitedly learned the ropes of being an airline employee. The guys taught her all about airworthiness, proper maintenance procedures, scheduling, pricing, the works.

It didn't take long, and she learned about the benefits of being an airline employee, too: having access to the duty-free area, the tarmac and to cheap and / or free flights.

This was where San Francisco came in.

in her mind, at least.

After the grounding of Swissair in 2001, the newly founded company "SWISS" (International Air Lines Ltd), based on the existing Crossair, taken over by Lufthansa in 2005, was slowly building up their network in terms of profitable destinations.

In June 2010, San Francisco was officially to become a destination, and the airline decided to make that inaugural flight a special one. See for yourself:


Fast forward three months, and they found themselves sitting on that bench at Pier 39.

Fast forward six years, and again they found themselves sitting on that bench at Pier 39. 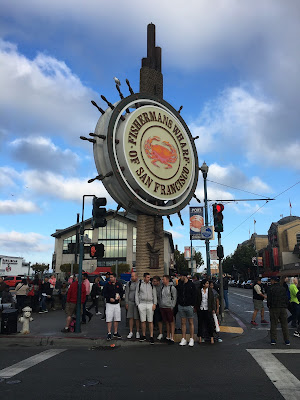 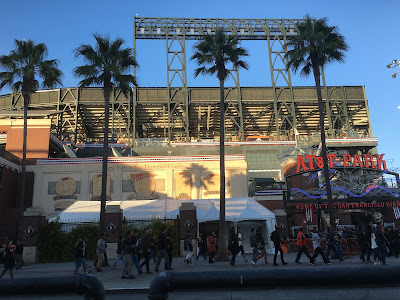 I hope you enjoyed time-traveling with me. Please also visit my fellow writers and stay tuned for my other Friday post, Use Your Words - Face-Off (10am EST)

After the weekend we'll be back for ten more Chill Days. Monday's prompt is gonna be "Selfie Nation"