Use Your Words - Pork Belly

Don't be confused, they weren't submitted anonymously but by the one and only Baking In A Tornado - thanks, Karen!

Now that I have two words down, I'm only required to use the rest of them ;-)

It has become a tradition around here that I use my February words to tell you guys about our office Christmas dinner that usually takes place in January:

2015: Oh, Deer!
anchor ~  callous  ~  antique ~ deer ~ genes
Update on Mael, the kid who suffers from NPC: He became a big brother once again, his sister Ella is turning two these very days, and apart from some hearing loss he's doing OK. He is participating in a medical blind study that takes him to Birmingham every other week where they (don't) give him Cyclodextrin (I happen to think that he's one of the lucky ones actually getting the agent.)

This year we chose a restaurant that had been closed for ages while they were doing a remodelling. The new and imporved building looks nice! 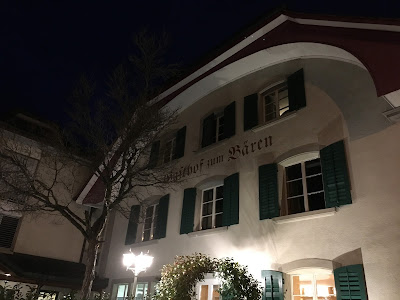 The previous owner's wife was from the Philippines, so their cuisine was pretty exotic. The new people's menu is more traditional, but there is nothing wrong with a Chateaubriand, right?

While the others went for fries, pasta or risotto for their side dish I said I'd be perfectly happy with veggies. Little did I know that the veggies were gonna be spinach, Belgian endive, Brussels sprout and eggplant. Who likes this??? Not me. The meat was excellent, though. 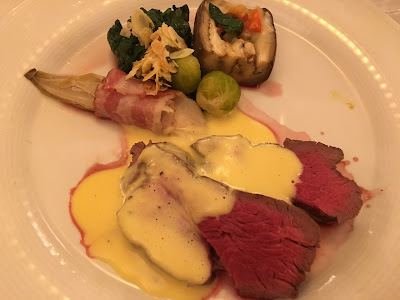 At least they managed to produce some good old carrots and broccoli the second time around. 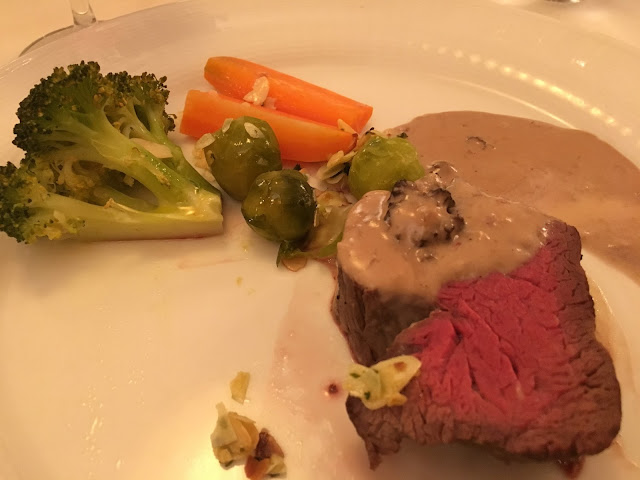 This year we had a new person at our table. He's not technically a coworker as he just rents some office space and takes use of services like answering his phone when he's out of office which happens a lot because of his assignment as a city council.

The other day his line rang, and the display said "police department". (Aren't their numbers usually blocked and result in saying "anonymous caller"?)

When he returned from his meeting I shooed him away from the entrance.

"Where did you park, out front?"

He left his car in the back.

"Good, that's good, quickly, get away from the door, they're probably watching you and are to come to get you any minute."

He was probably thinking I was losing it but calmly asked what this was all about.

"Police are looking for you!"

"That's what I wanna know!!! What did you do? They were calling, asking about your whereabouts!"

Unfortunately I couldn't keep my face straight and laughed.

He told me he wasn't afraid of the police, actually he used to be their office appliance outfitter back in the olden days when they had typewriters.

"When we were rolling out a new model there were parked up to ten police cars at once in front of my office building," he smirked. "Can you imagine the gossip?"

Speaking of anonymous callers, on that day I was dealing with a particularly annoying telemarketer from the UK. He called about every two hours asking for the managing director, that would be my husband. He's never available for Pork Bellies as we like to call them.

Yeah, good luck. I'm not there on Mondays, and my coworker doesn't speak English. 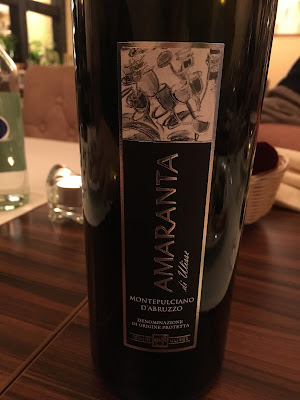 We had some super yummy Italian wine - my exception for that night. After three king's day there has been no more alcohol for me otherwise, same goes for cake and other high carb foods. It's been hard, my friends! I'll talk more about my journey using the A-Z blogging challenge in April.

As it turned out the bottle came from our friend who is a wine distributor.

"Did you hear what happened to him at the airport?" my coworker asked.

Our friend, who is usually all about work, work, work, went to visit a lady friend in Bulgaria. It has been many years that he had not taken a flight, so he was confused about pretty much everything. Why didn't they send him a paper ticket, wasn't he required to have a ticket? How was he supposed to check in if no counters were open, why aren't the terminals not called A, B or C anymore (but 1, 2 and 3 - I have no idea either?)

You can tell that he was excited about his trip. He got himself a new shampoo, shower gel and after shave but unfortunately put them in his carry-on, and of course every single bottle got confiscated by the security officer.

Judging from the pictures he posted on Facebook he didn't mourn the loss of his toiletries. They went to a tennis game and a rock concert and enjoyed good food. I am bit disappointed to explicetly read that they are not a couple, just good friends. Yeah, well, you never know. I have been in the situation before that I didn't want to place a good friendship in jeopardy by making a move.

During the evening temps were dropping to the point that it was cold enough for some new snow. By the time we were ready to go home, there was so much snow so some anonymous admirer could leave a message for my coworker: 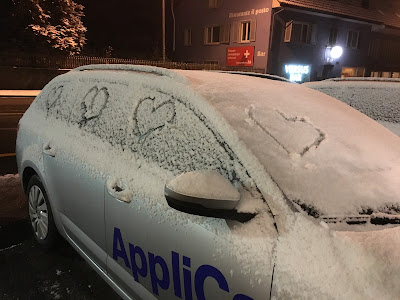 He walked around his car a couple of times but couldn't find a phone number!? 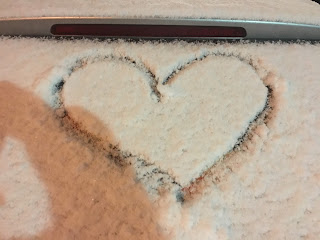 There you have it! Office Christmas Party 2016/17! By the time you're reading this, I finally managed to put away all of the remaining Christmas decoration. For no specific reason I was taking my sweet time this year.

Now before you leave, check out the other posts: