March 31, 2017
It's this time of the month again! We're submitting five pictures that reflect a certain theme, and in celebration of the fourth anniversary of A'lil Hoohaa's Photo Blog Challenge, the theme is four.

Now when I signed up for it I thought my first picture was going to be of a four-leaved clover, you know because it's St. Patrick's Day and all? Well, guess what, they're all three-leaved! The rainbow has six colous, and on the dessert plate were five cupcakes.

What I can show you instead is four toilet paper roll leprechauns. They usually wear a regular green hat. However one of the pranks our real life leprechauns pulled the night leading up to St. P's Day was to put knitted hats on them. 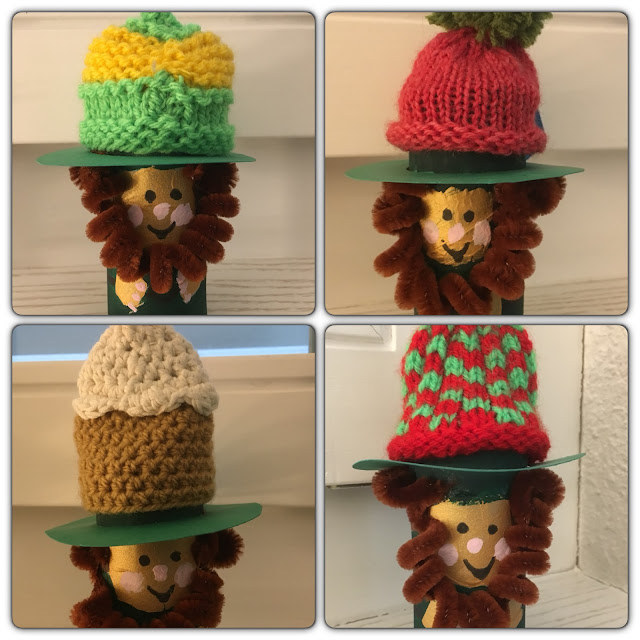 How did they get their hands on knitted hats, you might ask? Every year in winter those cute little hand-knit hats appear on Innocent Smoothies as an initiative called the big knit. A percentage of the sales goes to senior people whose lives are tough during the cold months. 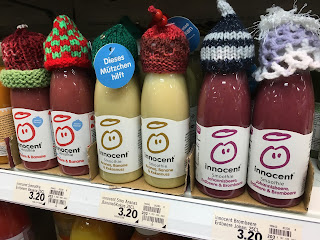 I am always amazed by the creativity of those people who submit their pieces of art!

Here's a nice little side story: I posted the picture of the four leprechauns wearing knitted hats to Innocent Switzerland's Facebook page, and you know what happened? The person who knitted one of the hats discovered it, came forward and said "hey, one of them is mine!"

The next shot is of my son Colin's happy face when he learned that after four years of hard work at hockey school he's been accepted to the youth team! 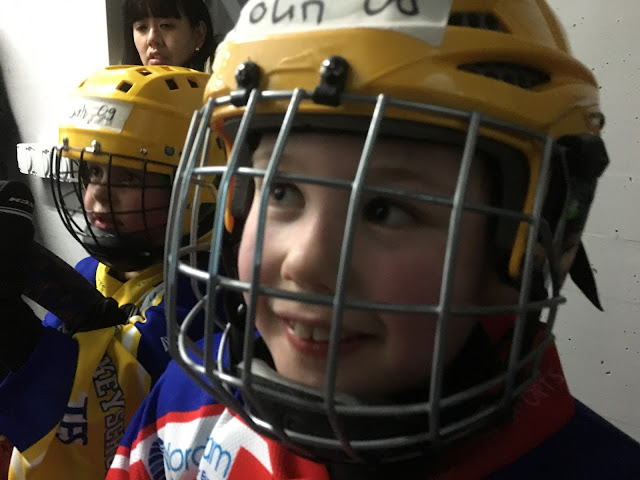 Four limbs! Daddy is showing us how a proper snow angel is done! For his birthday we surprised him with a trip to the Igloo Village. 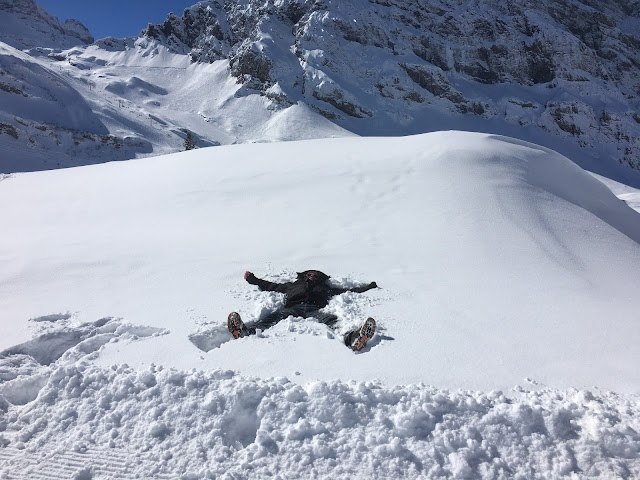 I'm still doing the low carb thing. Instead of good old pizza this is a set of four cauliflower crust mini pies. (Post with recipe and instructions goes live April 4) It's actually pretty yummy as there is a good amount of cheese in and on top of it! 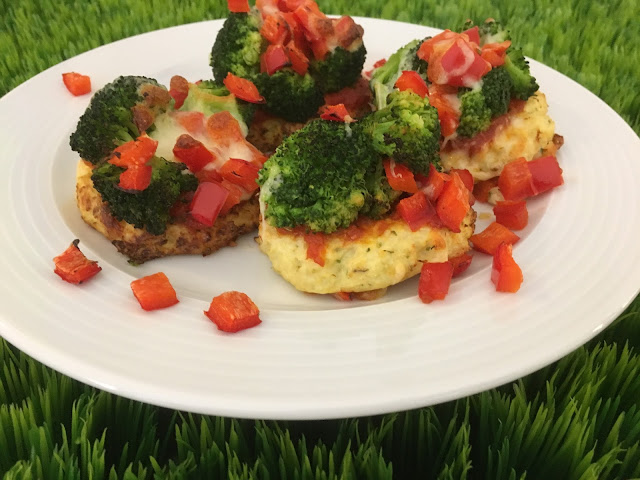 As the month was progressing, I was getting a bit desperate. I haven't come across picture-worthy subjects. Until I ended up at spot #4 at the grocery pick-up. Ha! PS: Did you notice that my car has four wheels? 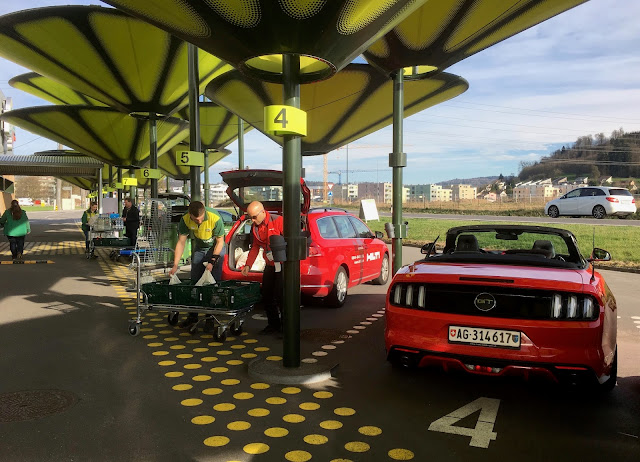 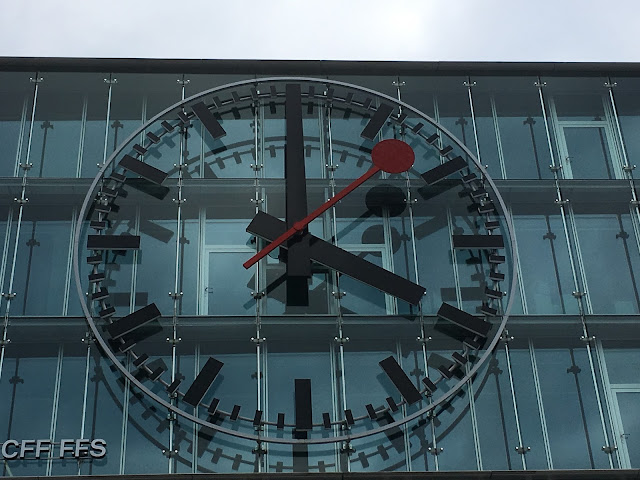 This is the giant (9 meters in diameter and 3 storeys high) clock at Aarau, Switzerland  railway station. It was installed in 2010, after the renovation of the station. For a couple of years we believed it was the largest clock in Europe - until a French guy came forward.

"Ours in Cergy-Saint-Christophe (just outside of Paris) measures 10 meters" he claimed. Ooohps!

To add insult to injury we also forgot to illuminate our clock hands! It got corrected in the meantime.

I hope you had fun with my pictures. Now head over to A'lil Hoohaa's blog to check out the other #Photoblogchal contributions!

On my own account let me mention that as of tomorrow I will be posting daily (except Sundays) for the A - Z Blogging Challenge, here's my theme reveal. If you're interested and super brave / optimistic, you may still join!