A healthy lifestyle is supposed to give you more energy, right?

Well, I'm still waiting. As I'm typing this, I'm so worn out by today's Zumba class that all I want to do is taking a nap. 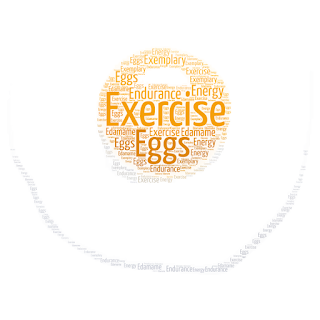 So I guess before benefitting from an energy surge, first you have to invest and catch up on all the exercising you haven't done in all those years. Even though my lovely fitness instructor swears I'm making remarkable progress, and that I seriously wasn't able to do those push-ups when she first started working with me, I still feel very much out of shape. I haven't been working much on endurance, and I'm feeling it painfully.

Other days though I can tell there has been an increase in energy: I get to actually check off most of the items on my to-do list. The other day I felt super on top of things becasue I managed to get them all done!!

Now as far as exercising goes, I think it should meet the following criteria:
Now while exercising is of course great for your overall health, don't expect too much in terms of weight loss.

The majority of weight loss is controlled by your diet. Working out adds only about 20% as I will explain in L is for losing it. 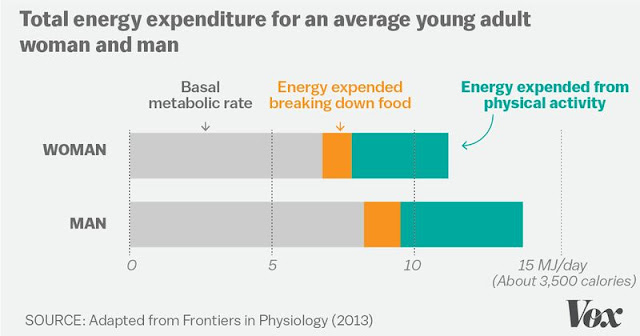 In terms of working out, don't fall into the following traps:

When working out, what is the optimal heart rate to burn fat?

It's all a myth, this article says. What should be considered instead is the distinction between fat calories and glycogen calories (carbs coming from food you ate that travel around in your blood as glucose and carbs that are stored in your muscles and liver, known as glycogen). Ideally you'll want to benefit from the afterburn effect. Which ultimately means, go for the higher heartbeat = work out and sweat harder!


If you want to find out what works best for you personally, I recommend you get yourself one of those fitness trackers. There are so many out there, and I was having a hard time picking one, but I did, and I will talk about it later in this alphabet!

For now I would like to encourage you to go out there and do some activity that you like (or at least don't hate), fill your lungs with oxygen, and let those endorphins kick in! Woods, Elle knows all about it!


So tell me, do you exercise? What do you do? On a scale from 1 - 10 where do you feel your energy level is? What could you do to take it up a notch? What projects would you tackle if you had more energy? Let me know down below!

Tomorrow we'll be talking about fats and still have fun! Hope to see you back!

In the meantime, go here for more posts about the letter E!