April 10, 2017
Welcome back to A - Z Blogging Challenge - Today is all about the letter H, and I'd like to talk about Health in general.

Your health is your greatest wealth, they say.

Only when you're young-ish, busy and more or less healthy, you tend to take it for granted. After all it's "normal", and there is no imminent need to actually do something to preserve that fortunate condition. Except for your guilty conscious. 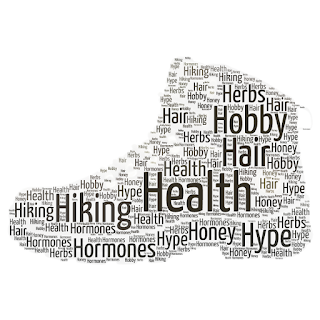 Health is a such huge topic, and I'm only going to talk about some aspects that start with an H and that may support or interfere with your health or give you some interesting insight:

Levels of minerals and metals are analysed from a handful of hair samples.

I had it done, more out of curiosity than of a noticeable strain on my health. It revealed that I lacked calcium and magnesium, and that my body was too acidic. Check out this article. Lots of aspects like your digestive, nervous or circular system are affected.

The lady sold me a huge jar of natural pills that were supposed to balance my acidity levels.

"What you could do to really make a difference is to cut back on processed food: pasta, pizza and sweets, even carbonated mineral water" she said.

That was back in early December. We both knew this was not going to happen.

Look at me now! I've practically become a health nut! Well, a tiny one.

I haven't gone back to provide more hair samples, but I'm pretty sure they would tell a different story even after this relatively short time. My hairdresser told me there was a lot of new hair growing on my head, which is great news!

Weight problems typically occur when cortisol is high, testosterone and thyroid levels are low, and estrogen is high. Cortisol is a stress hormone, and of course as a busy Mom you're typically affected by constantly high cortisol levels.

Being too busy to prepare healthy meals leads to consumption of junk snacks on the go, so you're getting a double dose of bad influence!

There is more bad news: Excess caffeine can also interfere with normal hormone function, especially cortisol. In this article they were kind enough to specify how many cups are too many cups: it's five. So I'm actually OK because I even cut down to one! 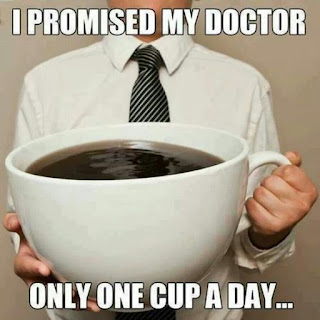 In my years that I worked for Starbucks I also learned that the darker the coffee beans were roasted, the smaller the acidity content in the coffee, also something to think about. Acidity is what makes your stomach upset and gets your PH level out of whack, see above chart!

On the plus coffee is supposed to support fat burning because it boosts your metabolism. There you go!

Conclusion: we need to try and be as organised as possible so we're not running around being stressed all the time. Also we need to find a way to slow down and relax. Yoga, knitting, bubble baths, just s few ideas.

A natural sweetener, honey is loaded with antioxidants and has anti-inflammatory effects. Its combination of fructose and glucose helps the body regulate blood sugar levels. Among other health benefits, honey is supposed to help reduce allergy symptoms, prevent cancer, heart disease and stroke and boost your immune system.

How about you? Do you feel healthy? Any aspect you'd like to improve? Leave me a comment and be sure to come back tomorrow for the letter I. I'm giving you some inspiration - I hope!

Also visit some of my fellow A - Z Bloggers and find out what they did about the letter H.