Scavenger Hunt around the World 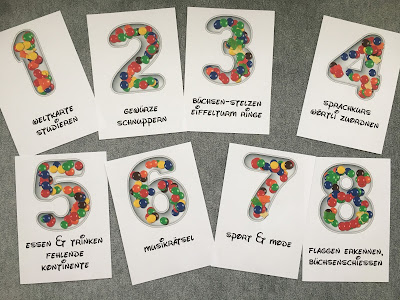 Earlier that year I foolishly volunteered to set up a scavenger hunt for the annual meeting of our local families' association. The one that takes care of the playground, the Father & Kids weekend and the lightning of the Christmas tree, etc.

I did so because I felt I have to give a little. I was asked to join their board, and I didn't want to commit. Taking care of one single project seemed doable. Plus I like to plan parties, right? Now there I was, with my insane schedule, lots of ideas, a small budget (they actually gave me an amount of spending money, I loved it!) and extremely little time left.

I needed to keep about 80 people, aged toddler, kids, (pre-) teenagers and parents busy for about an hour.

Did I mention I chose the theme "all around the world". I thought I might reuse some of the birthday party ideas, but the thing is this time it took place in the forest, and we weren't sure the weather was gonna be on our side.

Anyway here's what went down: 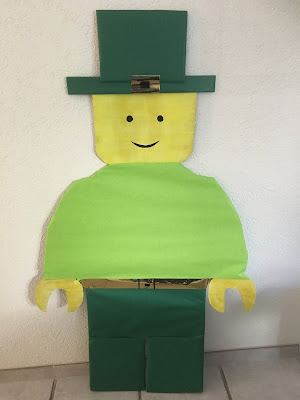 I brought our loyal LEGO man, still dressed up as a St. Patrick's Day Leprechaun, called him Fergus O'Brian and made up a story: Fergus grew up in a small town outside of Galway (you're welcome, Colin, who is an Ed Sheran fan), to support him on his journey:


There is this kids' game called "newspaper reading": one person stands with his back to the public, pretending to read the paper. The group approaches him, and all of a sudden, the reader turns around, and if he sees people still moving, they're out. Only this time the person didn't read the newspaper but studied the world map. 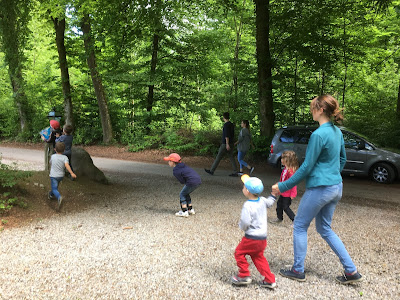 Fergus took the ferry to Liverpool where he found a job at a spices shop. On his first day at work a delivery arrived. Unfortunately the vendor had forgotten to label the jars. The team members were asked to sniff at the neutral containers and try and find out whether it was Masala, Provençal Mix, Mexican Chicken or 7-Thai-Spices. 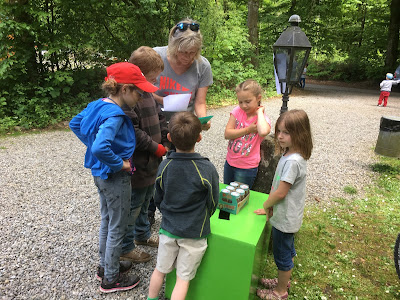 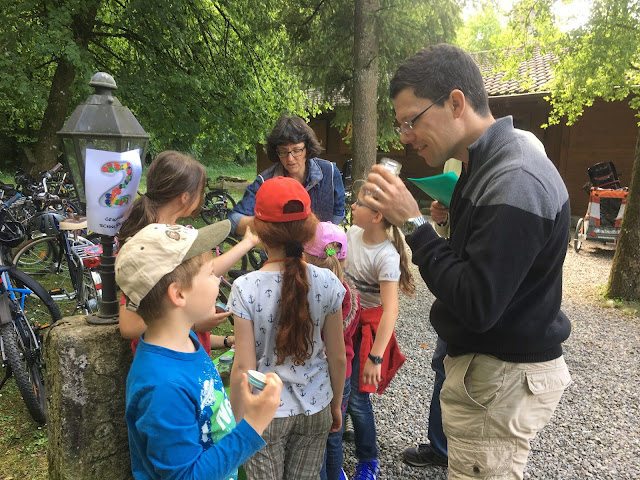 From England he wanted to move on to France. Fergus can't swim, so in order to cross the English Channel he used stilts, and so did the participants. When they arrived in Paris, they got to throw rings over the top of the Eiffel Tower. 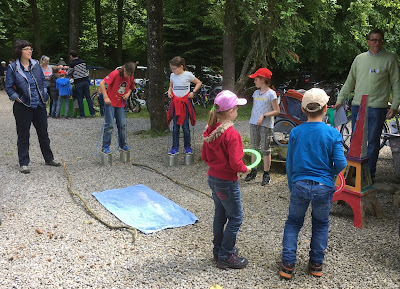 In different countries, people speak different languages. Fergus learned this the hard way when he arrived in Switzerland, so he thought attending a language school might be a good idea. They needed to translate some easy words like school, heart or window. Only I smuggled in a couple of tough languages. Do you speak Chinese? I don't either, but I think the signs are pretty! 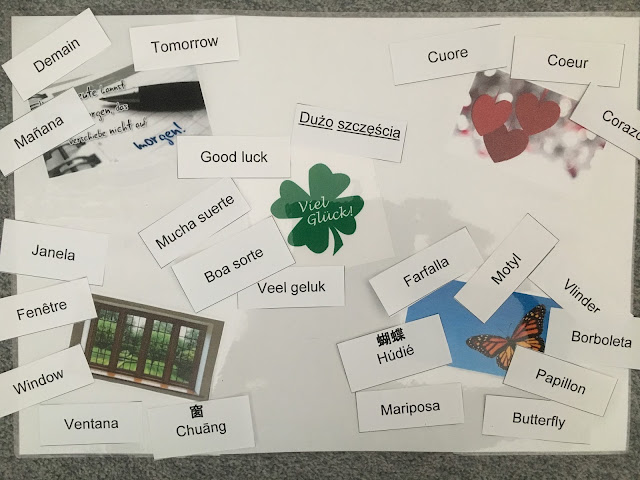 I fully admit that when I picked some of the words I was inspired by this video that compares the German language to others:


In Italy they did some wine tasting, only the bottles were empty. Boo! From the labels they needed find out what country they came from, but one continent was missing. Asia isn't big on wine. They did the same with food containers: pizza, pasta, tortillas, Thai kit, Miso soup,... where might they be from? 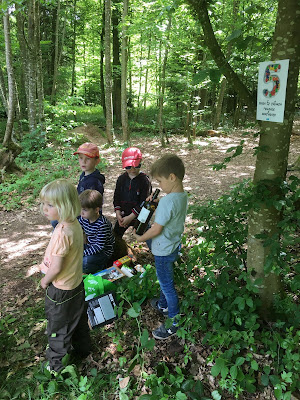 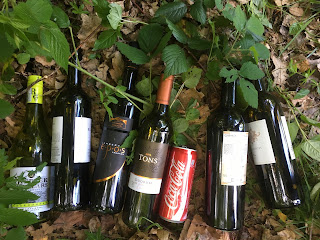 Next up there was a music quiz. Fergus was amazed by the various music styles he had encountered during his trip. I downloaded some folk dance and other distinctive music: Sirtaki vs Samba, Scottish bagpipes vs Aborigines didgeridoo. This game was my personal favorite! 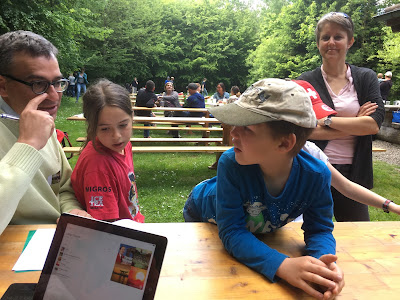 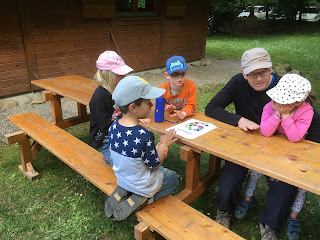 Then they were headed to a large tree where we attached a dart board and left a bag full of sports equipment and clothing items: there was an American football, a rugby ball, a puck, a black belt, wooden clogs from the Netherlands, a sombrero, a keffiyeh, a kilt, etc. They had to determine 6 items' origin. 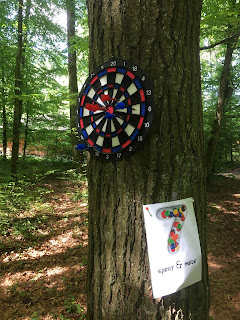 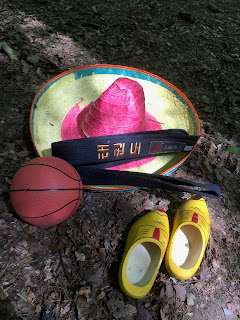 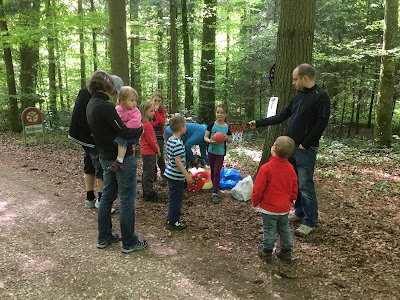 Last but not least they go to knock down painted cans, not until they identified the flags, though! 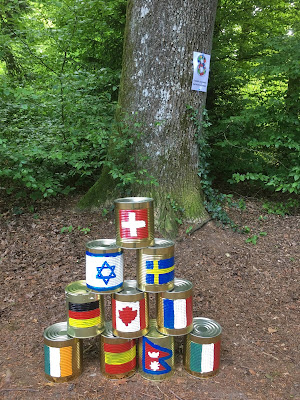 It was a lot of preparation but also a lot of fun to see how people, especially kids, were approaching the assingments!