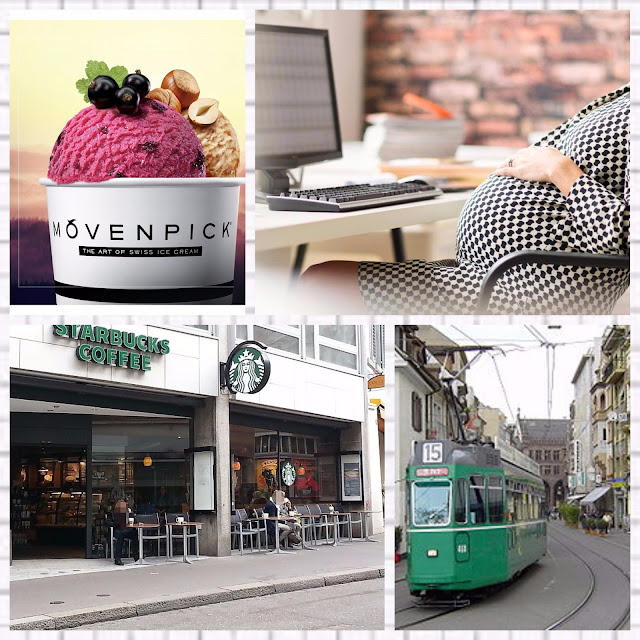 Welcome back to 10 Days of Heat - Today we have been asked to share our best summer memory.

Decision making usually comes easily to me. However if I have to limit myself to "the best", just one, my mind goes blank. That's probably why I am doing "Top Ten Thursday".
More freedom to put together two handfuls!

Summer memories call for swimming pools, beaches, camping trips, all of which I am not even a fan of as we have learned over the course of this writing challenge.

So I'm gonna tell you about the heat wave we had in Europe in summer 2003, my last summer I was working for Mövenpick Ice Cream.

I shared my office with a person who hated the A/C and threatened pointed out in her slightly whiney voice that she might get a cold and as a consequence take sick days, so I would only run it quickly when she went to the bathroom, and during her lunch hour.

Representing a premium brand we were expected to dress accordingly, so no tank tops, shorts and flip flops allowed. Wear a pant suit in 100° F heat and you'll start to resent your office mate!!! I may or may not have come this close to misuse my power and fire her over our difference in opinions regarding A/C!

So I scheduled lots of interviews in the meeting room where it was nice and cool.

We were allowed to eat as much ice cream as we wanted to, which was great, too.

There was a summer limited edition flavor, kiwi / banana, that was very popular, hubby loved it. Of course it quickly sold out and could not be produced further.

It had already been communicated that the Ice Cream business was being acquired by Nestlé, and the transition was in full motion. Most people got retention bonuses for staying on board until the summer high season was over. Some had offers to join Nestlé, others were actively job hunting, others who were expected to turn out the light in December just came to work every day, sad to see one colleague after the other leaving.

For over ten years the core team kept in touch. We all had new jobs in different parts of the country - I had joined Starbucks. Every time we met we would indulge in stories that happened in the good - and not so good - old times.

Speaking of last summers, why don't I share a few bits about my last summer with Starbucks.

I was pregnant, due mid-September, and had set my mind on working until the baby made an appearance.

I also had set my mind on visiting every store before I not only left for maternity leave but for good. I couldn't fly anymore, so the stores in Austria were out of question, but I remember one particular day in Basel. If you have been reading my posts for a while you know that Basel is one of my favorite cities in Switzerland, the one we usually attend fall fair, and also the one where Dunkin Donuts opened its very first Swiss store.

At the time there were three stores within walking distance and one that required a tram ride. Now "walking distance" is a relative term. On a hot and humid day, carrying a baby that was approaching almost full term weight, it was certainly no walk in the park. I was so glad the District Manager was with me. He had two kids of his own and knew just how to handle me: he carried my notebook case the whole day, allowed for lots of bathroom breaks, got me snacks while I was sitting down, even asked a young guy to give up his seat for me in the tram.

Not an easy thing for an ants in her pants person like me, working for an ever so rapidly growing company! Good thing my successor had been hired at that point, so after my GYN/OB gave me note that allowed to reduce my working hours I stopped going to the office very day.

I would (try to) sleep in (haha, as possible as it was to lay in with a kicking and probably screaming unborn baby) do some dull administrative tasks with my feet up, make a light lunch - I was borderline gestational diabetes, so I had to watch them carbs and sugars - nap, work some more.

It certainly made for different days compared to the ones I was enduring morning rush hour on my way to work (it was getting hard to reach my gas pedal, but I had to move my seat further back to accomodate my belly!) running from appointment to appointment while my inbox was filling up at an incredible speed ("Tamara, while you're still in charge, could you please help me with this and that...)

On September 9 I literally rolled myself to my most local SBUX store to officially hand over what little I didn't get to finish to my successor. My boss attended that meeting to and brought a baby gift. Wow, in less than ten days I was probably going to use this baby bubble bath? Strange thought.

Anyway, two "last summers" as a working girl with somewhat unforgettable memories, even though not the kind you may expect.

I got married in summer 2004, and it was a wonderful day, but it didn't even occour to me to mention that. What is wrong with me? 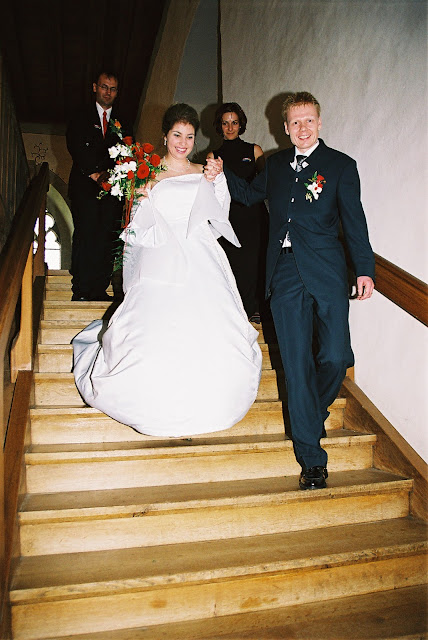 So what are your favorite summer memories? Let me know down below and don't miss out on the other posts over here!
10 Days of Heat Basel City Ice Cream Mövenpick Memory merger pregnant Starbucks Stores Summer working girl