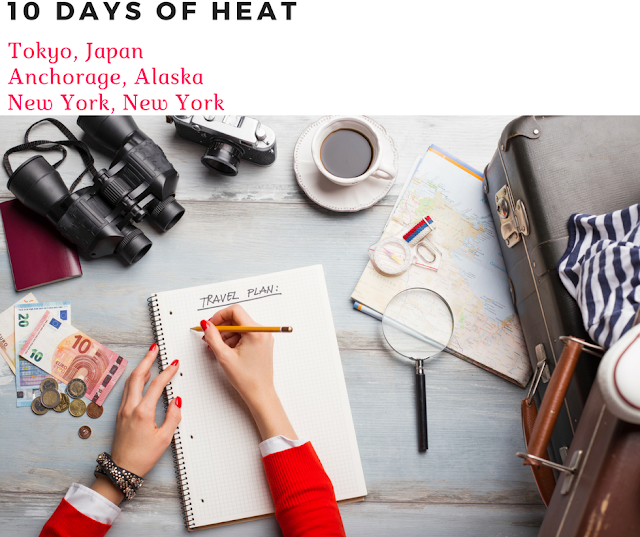 
Let's dive right into it, shall we?

A few of days ago, in a white envelope with no return address, I got this list, along with a couple of travel vouchers and some cash to use for airfare, accommodation, food and shopping... 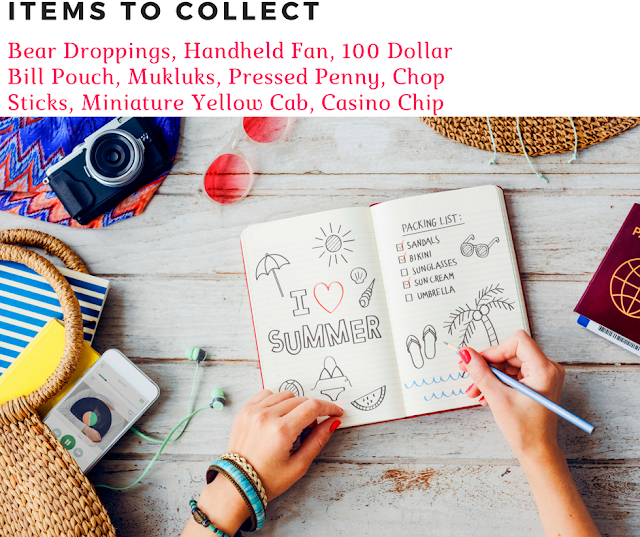 Only catch: I had to get all the items by August 31st, otherwise I'd have to pay back all my expenses.

Oh my goodness, not only do I like a (travel) challenge - Alaska has been on my bucket list!

I know it was at super short notice, but still, I tried to convince my fellow 10 Days of Heat Bloggers to join me. Lissa claimed she didn't like sushi, Linda has never left her home town and wasn't going to start now, at the point in time I was writing and publishing this, Liza had not linked up so I didn't know she was participating, and even though PJ was intrigued because there is baseball in Japan, it turned out, he doesn't have a passport.

Got my first item, a pair of chop sticks, on my 12 hours' flight to Tokyo, and there were going to be many more, of course.

Arriving early in the morning in this bustling city I tried not to give in and go to sleep - even though God knows I wanted to, Japan is 7 hours ahead of my Swiss time - so I googled "must-see Tokyo 1-Day full itinerary" and picked a few of the suggested locations to explore like the Meji-Jingu Shrine and the 52nd floor of the Mori Tower (if you work for Apple Inc, the Pokémon Company or Google Japan, this tower is your office building!)

Apart from a layover in Singapore I have never been to far East Asia, and I thoroughly enjoyed the experience. I did not ride a commuter train, though. I like my space, and I they actually employ people whose job it is to shove more passengers in the already full train! No thanks.


Speaking of trains - of course I wanted to have dinner at one of those conveyer belt sushi restaurants. I read about Kura Zushi on TripAdvisor and thought I'd give it a try!


As this Japan trip was probably going to be a once in a lifetime experience, I definitely wanted to climb Mt. Fuji. Yes, me, who otherwise doesn't hike.

Climbing season is between July and September, perfect.

There are four trails, and you may use the matrix provided to pick yours: want lots of accommodation huts, shops and public restrooms? Go for Yoshida Trail. Want to go for the least crowded option that leads over volcanic gravel? Gotemba is your choice. Looking for the quickest hike and don't mind if the trail for ascent is the same as for descent? Use Fujinomiya. Want a bit of everything, some variety, some facilities and only partially crowded? Subashiri Trail is the way to go.

As I needed to make sure I got a chance to purchase my handheld fan I picked the "commercial route", Yoshida Trail, haha!

The ascent takes some six hours in total, and I made reservations at a hut about halfway up to adjust to the altitude and get some rest before hitting the trail shortly after midnight. It was creepy to hike in the dark, seeing my fellow adventurers wearing headlights made me feel as if I was in an alien movie.

There was quite some fog creeping along the slopes. Clouds practically enveloped the world below, but at about 4:30am the sun rose, the fog dissolved, and it was spectacular! 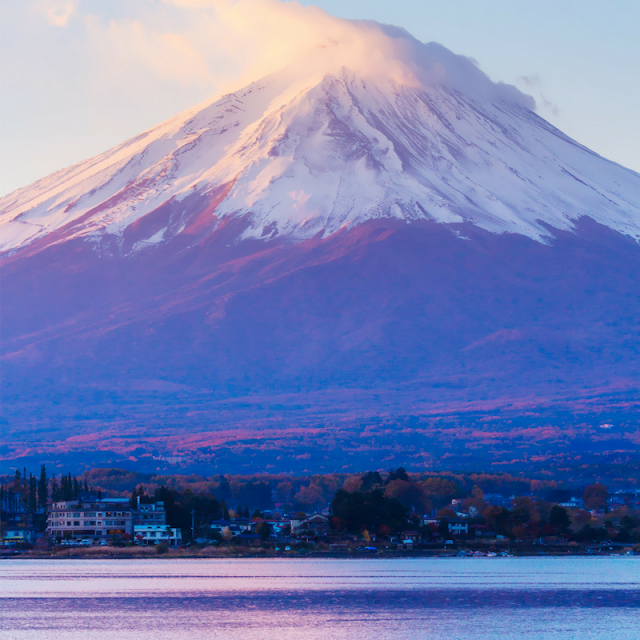 By the way, the mountain shops were a bit basic, and I actually didn't find any fans.
However, on the summit of Mt Fuji there was wifi reception and I googled this origami craft tutorial:


Back in the city I ended up purchasing an authentic one in a tourist shop in the Roppongi district. 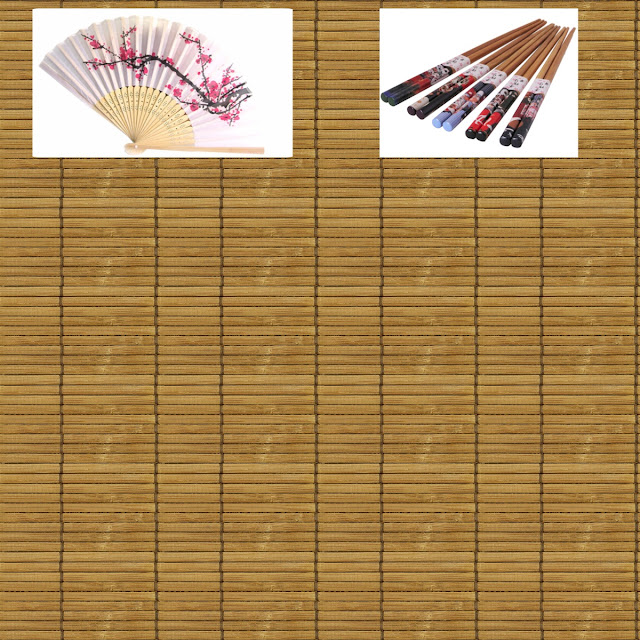