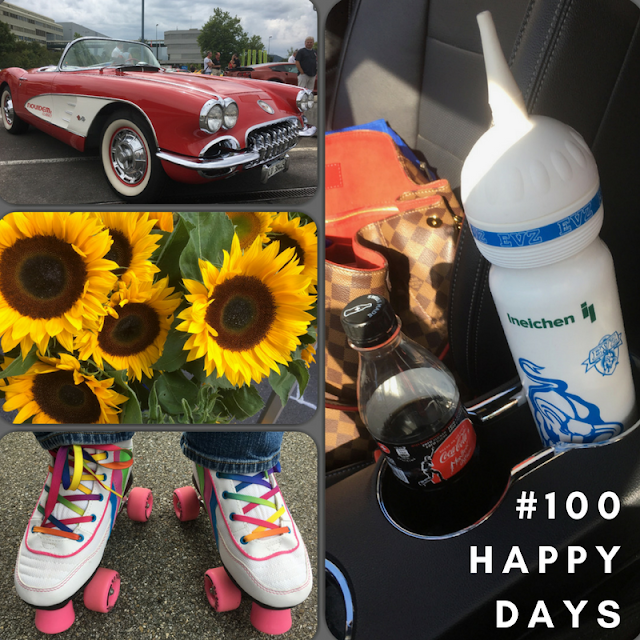 Welcome back to #100HAPPYDAYS!

Ten days ago we left off with a race around the hill and doing homework in front of the hockey arena. Let's see what I have been up to this time:


Day 51: It may sound minor but my #coworker is back from vacation, meaning I can go get more #stamps at the #postoffice in the middle of the #afternoon. Yay for small #freedoms during #workinghours — at Post Lenzburg 1. 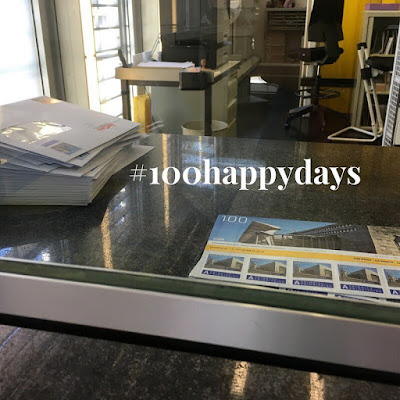 Day 52: We witnessed two guys literally bumping into each other on the street tonight. Actually a car hit a motorbike, and the biker kind of slang away. We immediately stopped to see if they needed help. Turned out the guy in the car was an American businessman in a rental car and the biker a young local guy.

Nobody was hurt, but they still called the police. A resident form the neighbourhood joined us in case anybody needed anything, and the longer it took for the police to arrive, the happier we were about the chilled water she got from her house.

It was a good experience. I mean, as good as a motor motorvehicle collision can get. Everybody was friendly and calm. Shaken up a bit, but not aggressive or anything. The boy called his Dad because the bike's engine was not starting, so he needed a ride home. 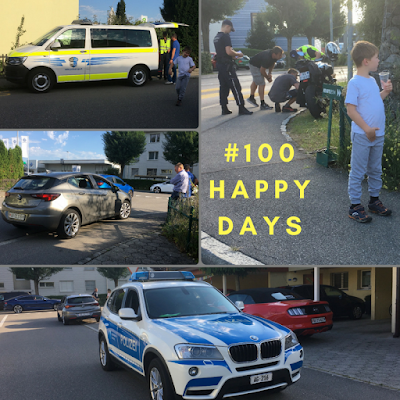 Day 53: What was supposed to be a quiet day involving a #workout and a #beautytreatment ended with a surprise #thunderstorm just as Colin was supposed to come back from his #fieldtrip. I ran to the bus station to pick him up, but we still got soaked.

Packing for Dads & Kids' weekend was giving this Mom a headache: "Where is..?"
The #marblecake for said weekend smells awesome, though! 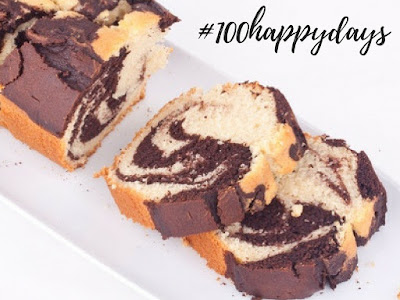 Day 54 Got my #verdict for violating the #speedlimit: I get to keep my #driverslicense - for now. I am on #probation though. Plus I've got to pay a #fine. For a minute there I was considering to opt out of paying and go to jail for four days, but everybody who knows sh** told me not to. So I'll pay up and enjoy my freedom. Plus watch my speed!!! 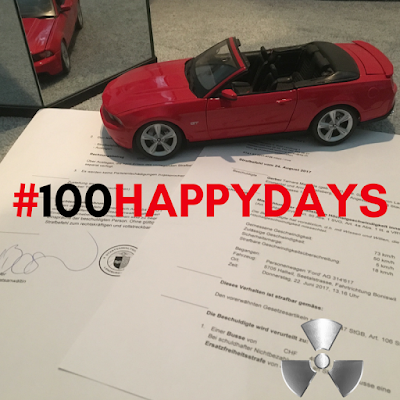 Day 55 The guys left for Father/Kids Weekend the night before: I was looking at more than 24 hours of me-time. This is what I had planned so far: sleep in, meet a friend to try on her roller skates, hang out, watch movies, blog.

This is what actually happened: after I left her at the sporting goods store (she was trying on neoprene wetsuits for her lake crossing) I found out there was a street market going on in the town of Thalwil, which is a 45 minutes' ride on a good day.

Strolled through the stands, smelling all kinds of yummy foods: wood fired bread (baked then and there!), crêpes, Asian food, did not buy anything. Well, no food, but a pretty purse. 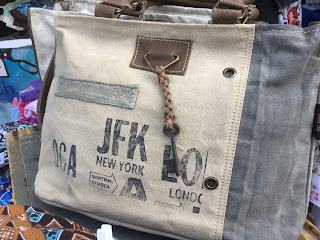 I remembered that the sign on the freeway said "45 miles to Glarus", and in Glarus there is the "caring Hand" It's a sculpture in an urban park that seems to hold the oak I've been wanting to see. When if not today would I get to do that? Departing from home it's over 1.5 hours, but from here, I was already halfway there!

In that park I met a girl who was distributing flyers for her family's thrift store opening which I later went to check out (leaving with a bag full of DVDs...) Which was a good thing because I finished all my "Suits" episodes! 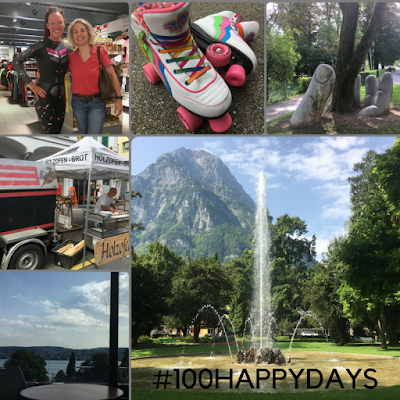 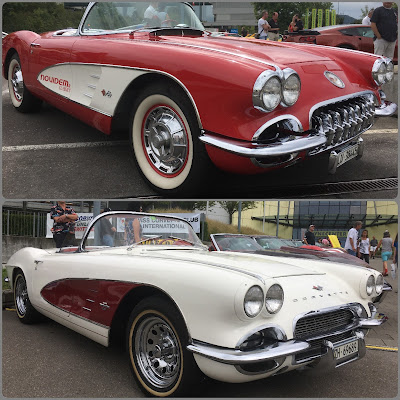 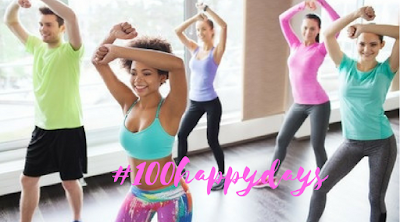 Day 58: After a challenging day at the office (pretty much everybody attended some sort of fair, seminar or was working offsite, I mustered all my remaining energy and made some #sweetpotato #muffins - they #smell and #taste wonderfully. You'll hear more about them next week! 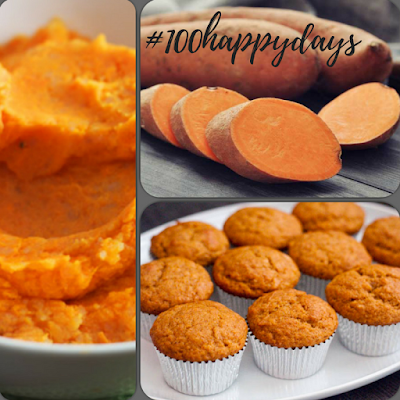 Day 59: Mr C got a cute #haircut at my #elementaryschoolmate's daughter's #salon. Of course at first he was being grumpy about the fact that I made him cut his hair yet again, but then he secretly liked the blue highlights she gave him. 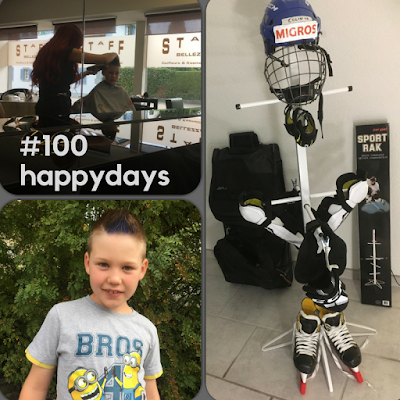 Day 60 On this #rainyday I got the chance to #catchup on my #blogging. So many #posts #due today!
One is a #fictionalstory about a #trip to #newyork,so it was only fitting to have some #newyorkcheesecake while #writing! 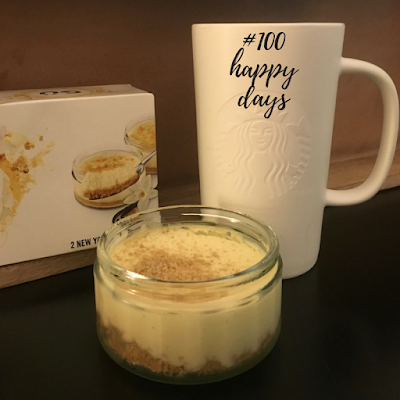 Daily posts on Instagram and Facebook. It's not too late for you to join, btw! It's fun, and it makes you think about the many things to be grateful for.
#100HAPPYDAYS Achievements blogging Bucket List Cake Cheesecake Corvette day trip Freedom Friends getting lucky Hair Appointment no harm done Pizza roller skates sweet potato muffins Zumba