October 31, 2017
Welcome back for another episode of PJ Harmer's monthly photo blogging challenge!
October's theme is "Photographer's Choice", and going through my vacation pictures I have decided to make this all about "Bridges". First of all we came across some really pretty ones, and second, I love the symbolism that comes with it: connecting people on so many levels.

Walter Dale Bridge, Edmonton, Alberta, Canada
(formerly called the 105 Street Bridge) was a closed steel grating-decked bridge that spanned the North Saskatchewan River. It was built in 1913 by the Dominion Bridge Company and was named after John Walter, an early settler who ran a ferry at this approximate location.

Construction began on a replacement bridge in early 2013 and was scheduled to be completed in late 2015; however, it did not open until September 18, 2017. Luckily for us, we arrived in Edmonton October 1st and enjoyed this brand-new bridge! 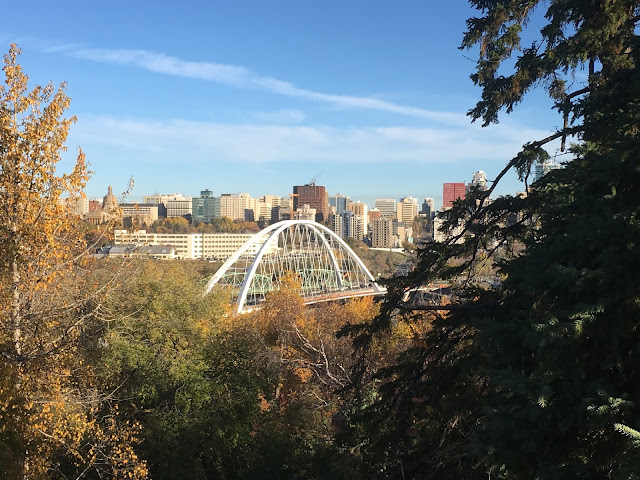 Peace Bridge, Calgary, Alberta, Canada
A pedestrian bridge, designed by Spanish architect Santiago Calatrava, that accommodates both pedestrians and cyclists crossing the Bow River. The bridge opened for use on March 24, 2012. It has the popular nickname "Finger Trap Bridge" due to its visual similarity to the finger trap puzzle. 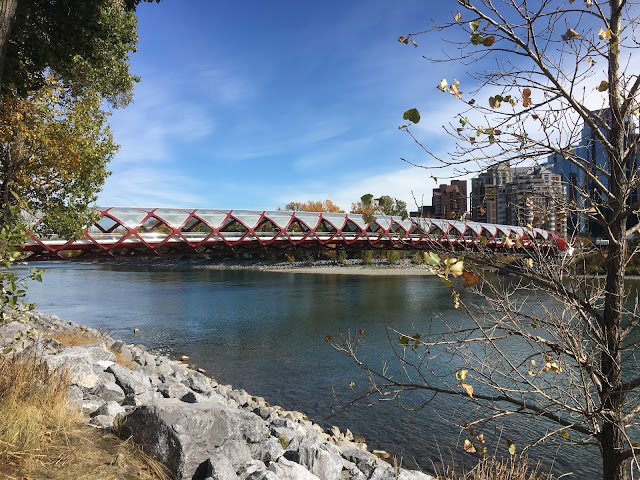 Lake Louise, Banff National Park, Alberta, Canada
While this log doesn't qualify as a bridge, I still want to share this gorgeous place on earth with you. My husband and I stopped at Lake Louise 10 or so years ago, and it was the most drizzly, gray and generally yucky day you can imagine. We made a vow to come back one day. And a fabulous day it was!!! Even Colin who usually things nature hikes are sooo boring was enthusiastic! 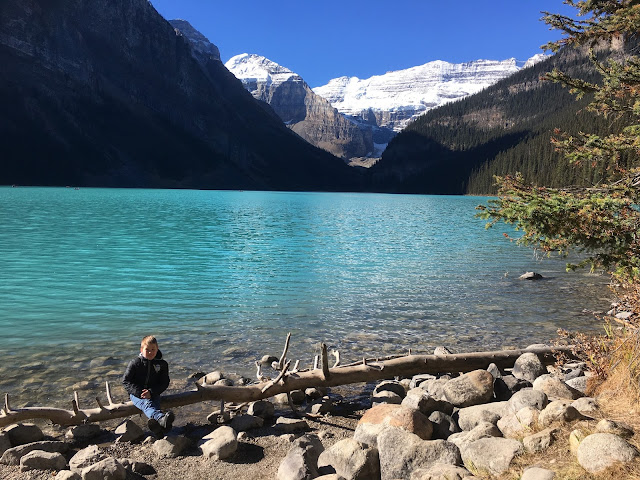 Pier 57, Seattle, Washington, USA
Not a bridge either, but again, I cannot not share! Fully living up to its reputation, it was raining when we arrived in Seattle. What a pleasant surprise it was to spend the next day enjoying this blue sky and warm sun the next day! 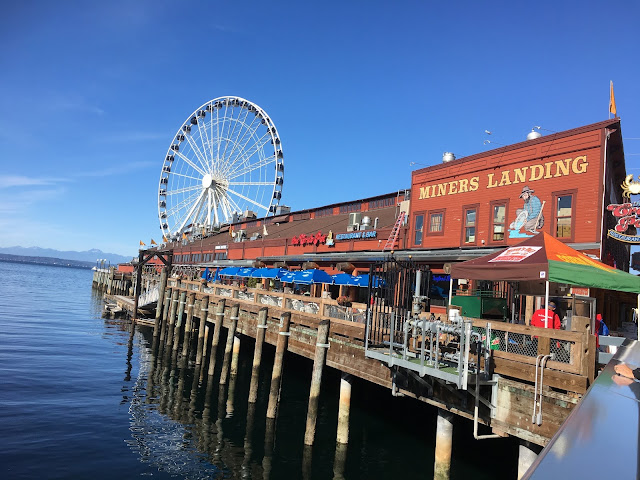 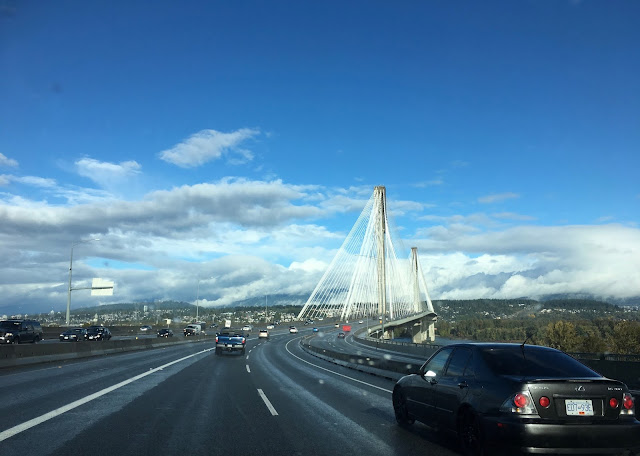 "Bonus" picture: The same bridge, a couple of days later. Actually, it was our last day before catching our flight back to Switzerland. Looks like they wanted to get rid of us..?! 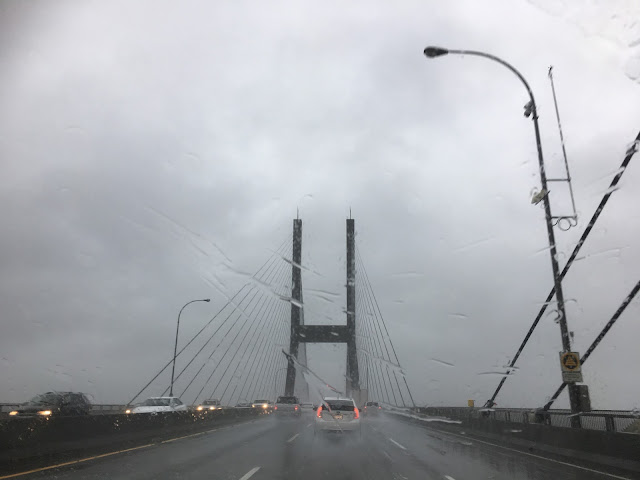