February 02, 2018
Welcome to February's Secret Subject Swap. Again 10 brave bloggers picked a secret subject for someone else and were assigned a secret subject to interpret in their own style. Today we are all simultaneously divulging our topics and submitting our posts. 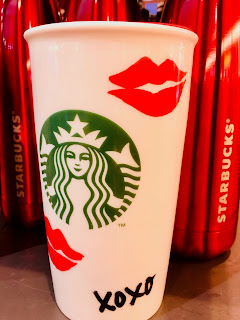 Tell me a love story with a twist

It was submitted by My Brand of Crazy - thank you, Sarah!

Looks like you don't have to wait another week for the sequel of the Miller's family's adventures.

If you missed the "pilot" here's what you need to know: It is this storybook family of five: Mom Caroline, Dad David, daughter Victoria, son Max, and their dog Brinkley are relocating from NYC to Zurich, Switzerland, for Dad's work.

I'm their consultant, coach, whatever you call it, helping them transitioning into their new lives. I'm waiting for them at the airport, but from the looks of it, there's only Dave, Max and the dog pushing a cart with a stack of suitcases taller than themselves.

What the h*** happened? Wouldn't they have texted me if something was wrong and the ladies didn't make the flight?

As it turned out a passenger had snuck their cat into the cabin causing Victoria - who's allergic to cat hair - to go into respiratory distress, even though she used her inhaler right away. The flight was painful for her, and as soon as they touched the ground, a nice lady from assistance services took her to the airport medical center for some powerful Prednisone.

An hour later we're all in the minivan that I rented to take them to their house, and I can tell all they want to do is take a quick shower and go to bed. Poor guys, jet-lag is such a bitch, and traveling eastwards is the worst!

They do have big plans for the following day, though. Looks like they want to discover Switzerland in one day ;-)

I wish them sweet dreams and head back to the airport to drop off the van. Just as I pull into the car rental, a text pops up on my phone screen. Caroline. "Hey, would it be a huge inconvenience if we took an earlier train on Monday?"

She is supposed to meet a couple of important people with the United Nations' HQ in Geneva for job interviews.

The catch is that Geneva and Zurich are on opposite ends of the country. Good thing Switzerland is not all that large, but we're still talking a 3.5 hours' train plus a 15 minutes' bus ride. Per trip. She's going to have to spend a night or two, otherwise her days are just going to be spent on trains instead of meetings. 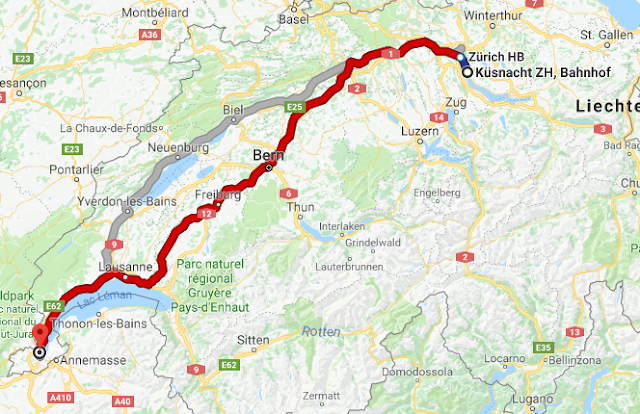 She's lucky I like her and I like my job, and we're both lucky there's a Starbucks railroad car, so an hour earlier it is.

What am I talking about? Four years ago Swiss Federal Railways and SBUX launched a new concept to keep commuters caffeinated, so to speak. One of my former team mates was operationally responsible for this project.


As I meet Caroline very, very early at her house, she acts strangely.

I have only "known" her a couple of weeks, we had two lengthy Skype sessions to discuss their move, and of course countless e-mail conversations back and forth, so I can't really tell what's different. Maybe she's nervous. She's certainly pale. Sleeping through the night must be a challenge.

As soon as we're on our way to Zurich main station, she goes "we need to stop at the airport first."

That's in the opposite direction!?

"I forgot my planner at the medical center, I left it on the counter as I was rummaging for Vicky's healthcare card. Everything I'm supposed to know is in there: names and job titles of people I'm meeting today, reference contacts of previous projects I have worked on - it's my extended memory!"

Why didn't she text me about this in the first place? She knew I was going back to the airport, it would have been no trouble for me to get her planner?

There it is again. This strange facial expression. Somewhat skittish, for a loss of better words. What's that, is she actually biting her nails? What is up with her? Is she going to run and take a flight back?

"You've got 20 minutes to meet me back here. Take this escalator, follow signs to check-in 1, take the elevator opposite of Coop, the supermarket with the orange letters, remember? The medical center is on the 8th floor. Run! I'll get us coffee in the meantime!"

Have I made a mistake by letting her go on her own? What if she's not back by the time our train leaves? What if she won't return my phone calls? I'm gonna be the first expat consultant who's lost a client, literally!
Come on now, she's an adult, and while I'm supposed to show her the ropes, I'm not her babysitter.

Phew, there she is, all smiley, practically hovering. What is going on with that woman? Why are her eyes sparkling like crazy? What is she on?

Oh my goodness! Why didn't I think of that earlier? She needed stuff! I'm so naive!  Has she secretly been meeting with a drug dealer? Are there unofficial grab & go locations at the airport???

Now she's all breezy, talkative and while our train makes its way towards Bern, she asks me a million questions about life in Switzerland, things to do, places to see, specialties to eat, and then she tentatively goes: "you're in Human Resources, and you're our consultant, so there must be some sort of professional confidentiality, right?"

Sure, I'm not ratting you out for getting coke at the airport.

"As you know I grew up in California and went to Stanford Medical School."

In order to apply for their visa they had to submit their resumes, so yes, I remember.

"That's where I met Jeremy."

"He was the most handsome guy on campus. Smart, too. We were dating for three years, and everybody, me included, thought we were going to get married. He was my soulmate, and we had so much in common. After graduation we were going to join Doctors without Borders for a field mission somewhere in Africa. You know, to make a real difference?"

Sounds idealistic, yet nice. I wonder why she's telling me now.

"One night, actually it was my best friend's birthday party, I caught Jeremy making out with Lucy, the birthday girl. I thought I was going to die from shock, embarrassment and disappointment. I packed my bags the very next day and moved back to my parents' who were living in Paris at the time."

Right. Her mother was born in France, that's why Caroline is bilingual, English and French. Great asset to have. She attended the American Graduate School in Paris and got her Master's Degree in International Relations and Diplomacy, which of course resulted in her working for various interesting United Nations projects.

"I never saw either of them again. Well, if you don't count his letters I sent back unopened. As far as I heard Lucy ended up dropping out and moving to Texas. Jeremy apparently sold his soul to a pharmaceutical company and made big bucks after graduating from Stanford."

"When Vicky and I were at the airport medical center after that terrible asthma attack, I thought I saw him!"


Get out of here! Jeremy? In Switzerland? Really?

"Of course I couldn't be sure; they were rushing an unconscious patient to the treatment room. I saw parts of his face for a fraction of a second. I just had to go back and find out."

I take it it was him?

"Indeed. However, he doesn't even work there, he just had a meeting with the Zurich medical director. Jeremy supervises all Western European airport medical facilities that have contracts with American Airlines. He needs to ensure all standards are being observed. You know for crew members who need check-ups, treatments, anything. Mostly for immediate medical airworthiness checks, though. You know, for a pilot who's just on the mend from a stomach bug he's picked up God knows where. He's on a drug that keeps him away from the bathroom every half hour. Is he good to do a 10 hours' flight from Zurich to Chicago?"

So how do you know all this, was he still there? Did you talk to him?

"The receptionist told me. He must have recognised me, too, but she refused to give him confirmation on my name. Doctor patient privilege, you know. However she had to promise that she was gonna contact me and give me his number first thing Monday morning. I beat her to it."

Now what? Are you going to call him???