Use Your Words - The Miller Algorithm 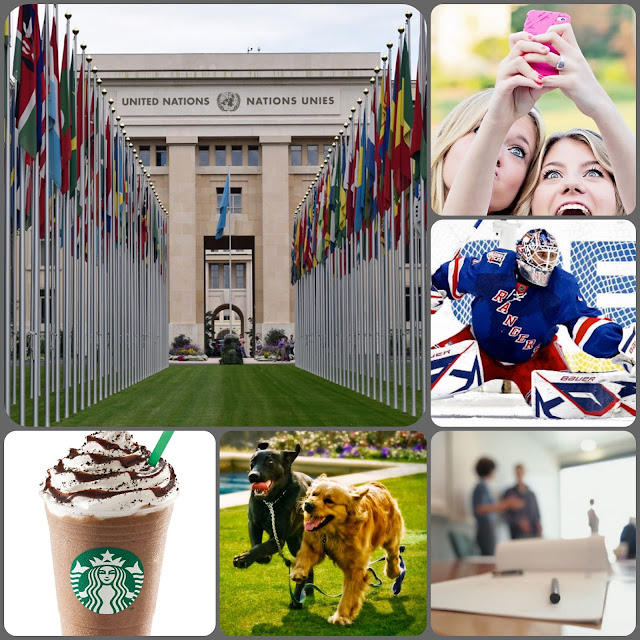 They were submitted by: Southern Belle Charm - Thank you, Minette!

Last month our Miller family from New York City arrived in Switzerland, and they are doing their best to keep sane and oppose the various first impressions that are crowding in on them:

Dad David was welcomed semi-warmly to the team. His reputation of setting the bar high had proceeded him, and people were reluctant to leave their comfort zones. He basically told them his assignment was to clean up things around here. Ouch. "This too, shall pass" they murmured after the first meeting.

Mom Caroline felt lost. She came here as David's wife and partner, but as soon as she set foot on the new continent, she bumped into her med school boyfriend and has been caught up by her past ever since. Did she make a mistake by not working things out with Jeremy? She never gave him a chance to explain what really happened, and why. Caroline immersed herself in her new work and usually spent 2-3 consecutive days a week in Geneva.

Daughter Victoria, who was used to attend school mainly in order to socialize, and excellent grades just happened on the side, not only had a hard time making new friends as all the popular girls were part of a "closed clique", she also realized she was actually going to have to do some work just to get by. Everything was so different here. Difficult, too. What on earth was an algorithm, and why did she need to know about it?

Son Max attended elementary school, and things came pretty naturally to him. As a boy it was easier to get together with his new classmates. His problems were of a different nature: he had committed the ultimate sin of applying North American rules at ice hockey, which wasn't very well received because it was considered too rough by coaches and fellow players and resulted in Max being benched.

Dog Brinkley must have picked up on his family's feeling overwhelmed and out of place. Instead of running back and forth, cheerfully wagging his tail, he was keeping to himself, lying on the rug by the fireplace, half-heartedly chewing on his bone. Maybe the Swiss bones tasted differently?

I should have talked to them some more about cultural differences, especially where communication was concerned.

Us Swiss folks like a diplomatic / democratic approach, so instead of barging in telling everyone "I'm here to fire your lazy asses if you don't produce results, and quickly" it would have been better if David had gotten to know and asked each team member individually "what is your impression, what works around here, what doesn't, what would you suggest we tackled first, by when can you get your contribution done,...?"

To try and mend some initial damage I had David's assistant set up an "Apéro" (office happy hour) on a late Friday afternoon. I didn't even know this was a Swiss thing until I worked for Starbucks, and my American boss was *confused* by - if not disapproving of - the custom to serve alcohol during working hours upon a team member's joining or leaving. David's office crew didn't take it as a desperate attempt to buy their respect and just enjoyed a good time.

I couldn't really take responsibility for Caroline's personal problems, and she never shared  if she called Jeremy, so I focussed on getting a tutor for Vicky and arranging some outings to the city with teenage daughters of former clients. The girls explored the local clothing stores, indulged in Frappuccinos and cookies, hearted each other's Instagram pictures and retired to the ladies room to apply the new make-up they got.

After talking to Max's coach, they took the incidents as an opportunity to explain that  finishing a check is asking for an increase in injuries, and that the European ice rink, being 3,000 square foot larger, meant players needed to maintain puck possession and generate speed and momentum. Word had also gotten to the boys that Max's family were Henrik Lundquist, the NY Ranger's goalie's, neighbors in Tribeca, so would it maybe be possible to get a couple of autographs...?

The Miller's next door neighbor took pity in Brinkley. Every now and then she picked him up to go for a walk with her own dog, a beautiful black lab lady, and the two dogs seemed to have a grand time!

All is well that ends well!

"Hey, it's me, Vicky, I'm calling from Kyra's house. Would you mind coming over?"

What's going on? Are you alright? Is there somebody crying?

Kyra is one of my former client's daughters, she lives at the next town from the Miller's, and she seems to have become Vicky's BFF.

"Yeah, I'm fine, but Kyra's sister needs to ask you something in confidence. It's important. Can you please come, she's pretty hysterical, and both her parents won't answer their cell phones."

Kyra's sister, Marietta? I haven't seen her in ages. She must be 13 or 14 in the meantime, nice girl, a bit shy, she was having a hard time finding friends when she first arrived here, so she reassured Victoria things were gonna be fine when they met.

God, I wonder what is going on with the girl. She's a full blown teenager, it could be anything from clothes to boyfriends, grades in school, curfew, drugs,...?

Just as I pull into her street, I get this from Caroline:

"Would you mind listening to this phone service message? It's in German. What does it say?"

It means the person you have called is temporarily not available. I'll call you in about an hour, gotta take care of something.

Baking In A Tornado
Bookworm in the Kitchen


PS: I won't be able to read and comment on your posts until next week cause I'm taking the hubby on a surprise weekend to celebrate his upcoming big birthday.