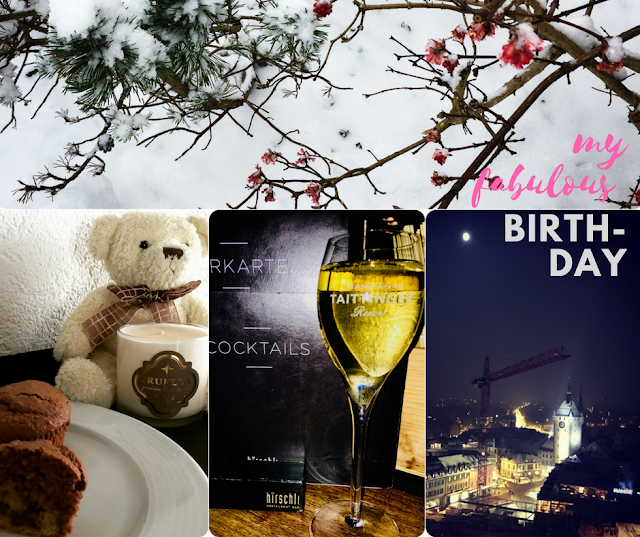 Before going into St. Patrick's Day, let me use this  dreary (weather-wise) and hockey free Sunday to catch up on the month of March. It was my birthday weekend two weeks ago!

Just like when I was born, there was snow and therefore cold temps. 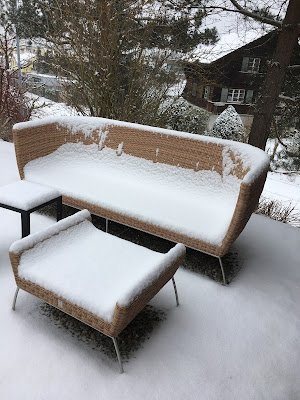 The previous day I was supposed to go to the gym, but traffic was so bad that I turned around and went back home where I burnt some 300 calories shoveling snow. 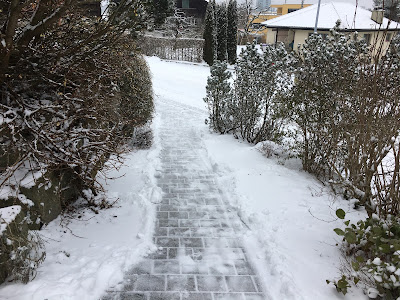 Colin's school had visitation days for parents, and as we weren't going to be around Saturday, I took off work and joined the youngster. 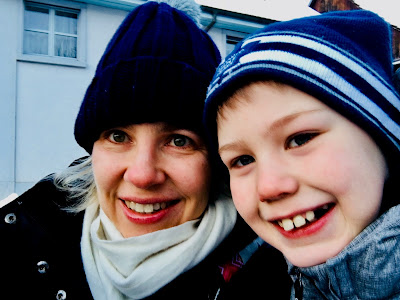 Did I mention the first term was gym class at 7:30am? Colin had assured me that parents were expected to join. So there I was in my sweatpants and bright pink T-Shirt saying just do it while the other Moms and Dads were leisurely sitting on the audience benches. 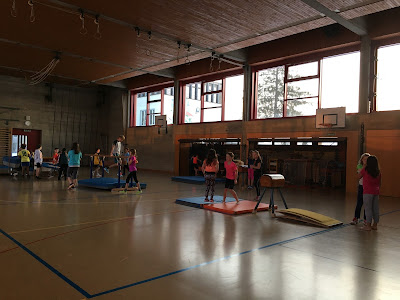 At least they cheered me on when the teacher said "in order to warm up, let's run five rounds..."

Let's just say the kids may be young, but they have tons of energy and still look very relaxed... 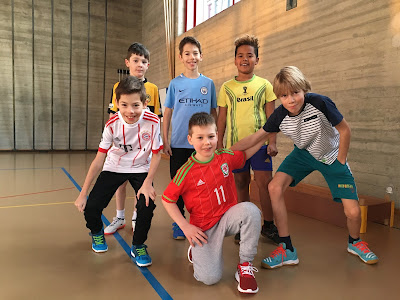 For the record the teacher told me "I'm impressed by your level of fitness, at your age my Mom would not have been able to do all this here." Now I know it was supposed to be a compliment, but for a second I was like what do you mean at my age???

After my free workout I went home to shower and came back for the 9am class. 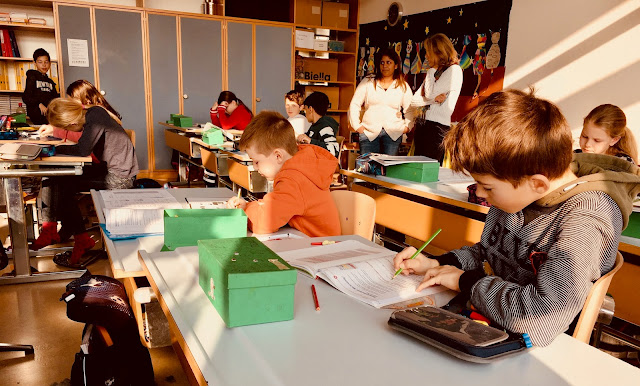 And for the 10am break. The lines at the cake buffet were long. Cake? Yes, for visitation days, there's cake, provided by the Moms, of course. I brought carrots for myself because hubby and I were going out for a fancy dinner later. 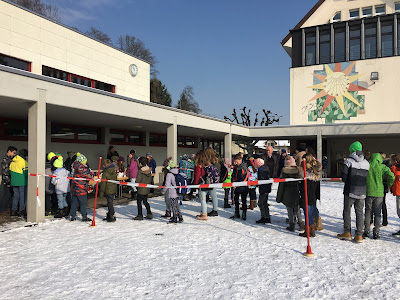 The nice blue sky slowly disappeared, and it was already gray when I took those treats to the office for my dear coworkers: 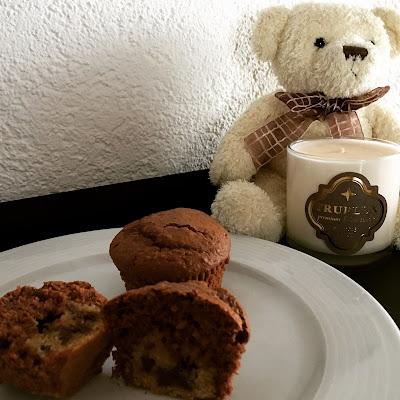 When I picked up Colin from daycare it started to snow again. It came down pretty hard, and I was glad to be back home, safe and sound, checking my countless birthday messages on social media, and I also had one real life paper card in the mail, thank you, best Godfather of all Godfathers in the world!

A fellow hockey Mom had offered to pick up Colin from hockey practice, have the boys enjoy a sleepover and have them at the next morning's tournament in time, meaning an hour before the actual games were going to start.

Was she serious? She has four kids of her own, and I felt bad, but on the other hand, geez, she offered, it was my birthday (which she wasn't even aware of) and the gift alone of sleeping an extra hour the next morning was such a generous and wonderful gesture, I just had to accept!

So I had hubby drive for my guilt free enjoyment of happy hour... 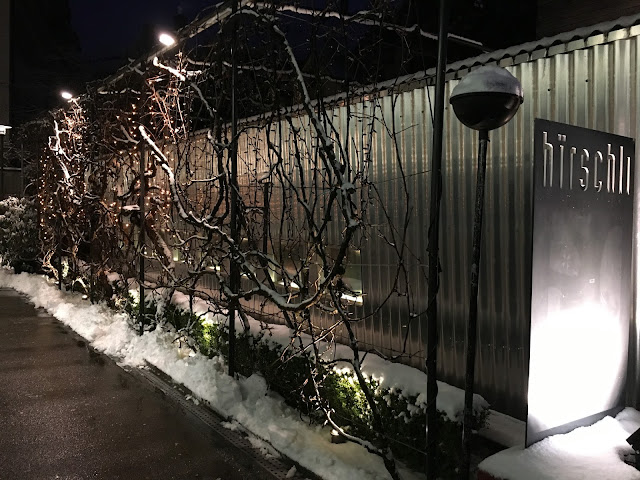 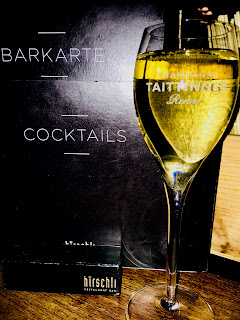 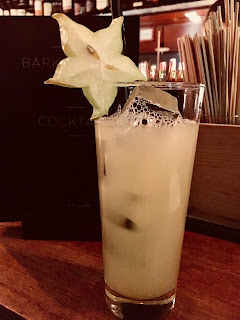 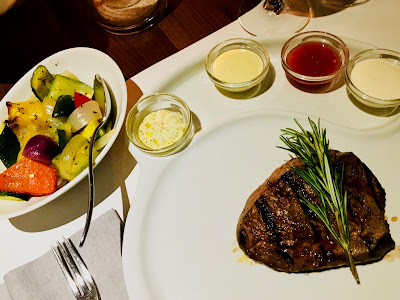 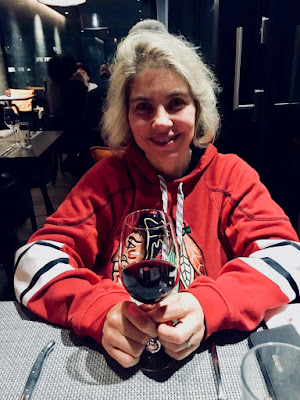 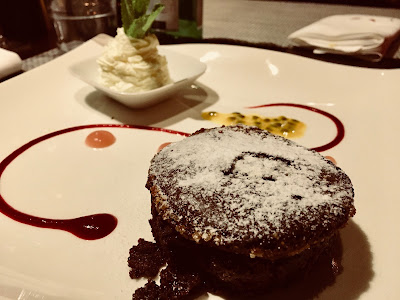 Oh, and the spectacular fool moon view from the top floor of a downtown building! 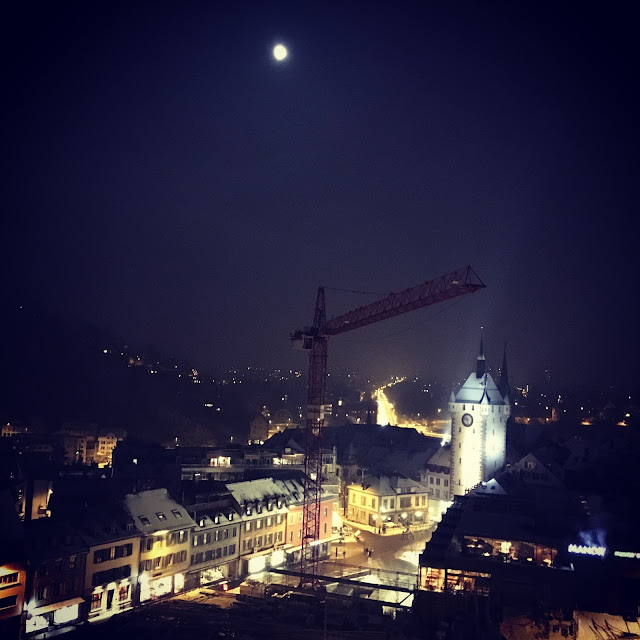 Even with an extra hour of sleep under my belt, it was still pretty early and very cold the morning after! 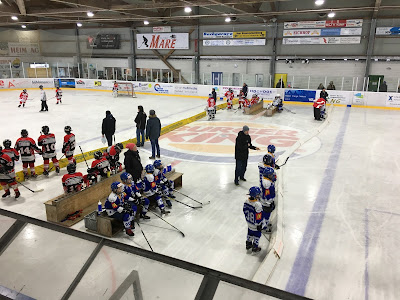 Our boys made up for it though! A tournament with six teams including our own, they defeated everyone of them and won first place! Way to go, guys! Such a happy moment!

These were the last two minutes of the final game that decided if they were going to get the trophy or not. If you speak Swiss German, listen to the young fans talking to each other in the audience. Prior to this game, they had lost to our team, and they were debating whether to cheer for us (which most of them did, as you can hear) or not because Zug (our team) was not supposed to win, because Zug wins all the time!

Unfortunately this (Zug wins all the time) is not true for the grownup team. They are in their first round of playoff games, and they lost 3 out of 4 to the ZSC Lions (the adult version of boys in the audience).

So this coming Tuesday we have to turn things around, otherwise it's spring break for Zug, and even though they deserve a nice relaxing time on the beach, it's still too early! So come on, guys, the kids are showing you how it's done! 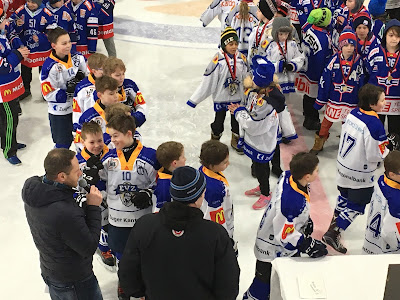 Just because it was such a happy moment, let's enjoy our 9 and 10 year old Piccolos' celebratory smiles once again! The older ones are going to move on to the next age level "Mosquitos" next season, so it was also a farewell.

As for us, my parents were waiting for us, and we got to warm up in their living room, there was coffee and cake, perfect! 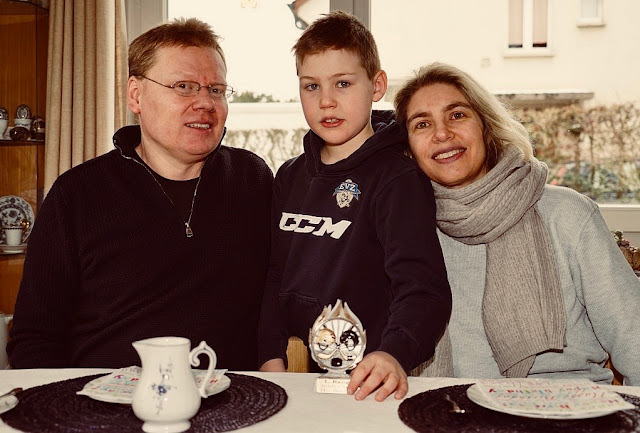 So even though it was my birthday weekend, it still ended with a load of this... 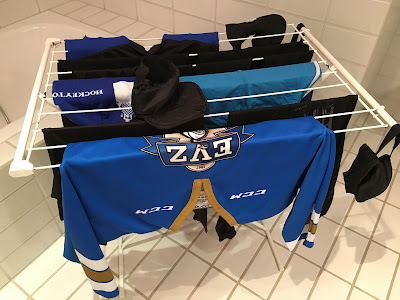 Well, what are you gonna do, this makes me what I am:

a year older, still feeling like 32, though. Thank you for being part of my journey!